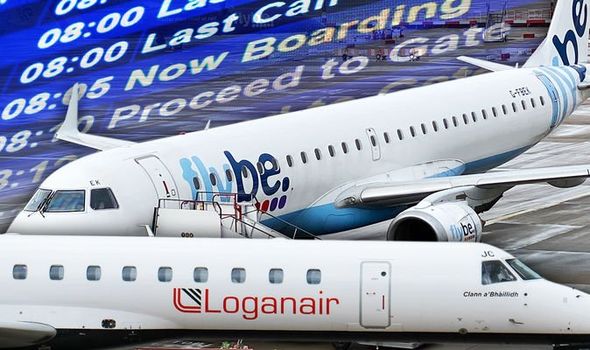 Flybe went bust today after 40 years, throwing the holiday plans of many into chaos as all Flybe flights were cancelled. easyJet and Ryanair are among airlines now offering rescue flights to help stranded passengers. Flybe operated around 40 percent of domestic UK flights – so what will happen to those routes now?

Scottish airline Loganair announced today it would step in and take up 16 routes formerly flown by Flybe.

Loganair is the UK’s longest established airline, founded in 1962 and based in Paisley, Scotland.

The carrier said in a statement: “The airline will be adding nearly 400 new flights each week and has opened a special recruitment line for former Flybe employees seeking to continue their aviation careers with Loganair.”

The 16 routes will operate from existing Loganair base airports at Aberdeen, Edinburgh, Glasgow, Inverness and Newcastle. 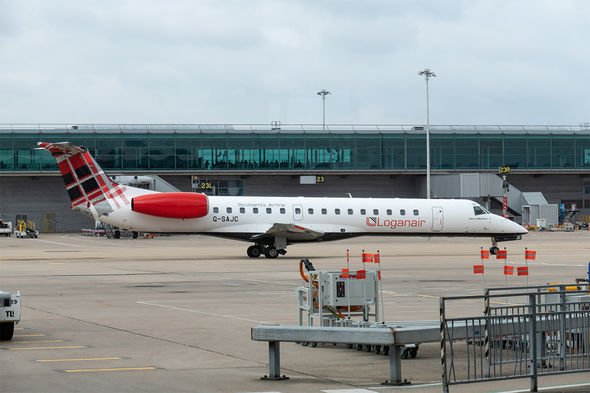 The routes will be launched progressively over the next four months.

Flights on the first and largest group of these key air routes will commence as early as Monday 16 March.

All flights are already on sale at www.loganair.co.uk and via travel agent systems.

Loganair also offers discounted fares for children and a free baggage allowance for infants, even if travelling on a parent’s lap.

The airline’s Chief Executive Jonathan Hinkles said: “The collapse of a long-standing airline like Flybe marks a desperately sad day, especially for the airline’s dedicated team of employees and for customers facing disruption to their journeys.

“By stepping in quickly with a comprehensive plan, Loganair is aiming to maintain essential air connectivity within the UK regions to keep customers flying, and to offer new employment to former Flybe staff members who are facing an uncertain future today.”

Flybe passengers formerly booked on Flybe services on the same routes will need to make new bookings at www.loganair.co.uk, and obtain a refund via their payment card provider for tickets booked with Flybe. 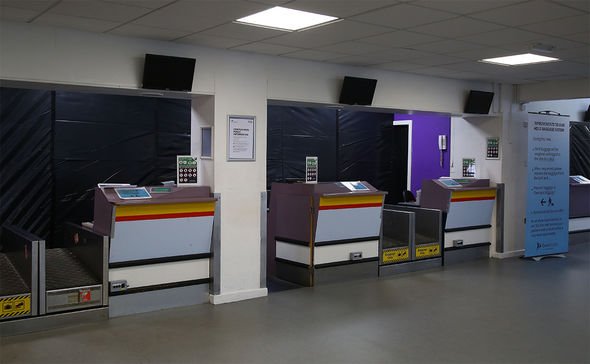 In common with all other airlines, Loganair has no access to Flybe systems or customer data to be able to facilitate re-bookings.

Rory Boland, Which? Travel editor, said of the Flybe collapse: “This will be terrible news to Flybe passengers, many of whom were loyal customers and used the airline regularly.

“Unlike Thomas Cook’s collapse, most people flying Flybe won’t have ATOL protection so the government is unlikely to step in and repatriate those abroad or provide refunds.

“Instead passengers with travel insurance should check if their policy includes scheduled operator failure cover. 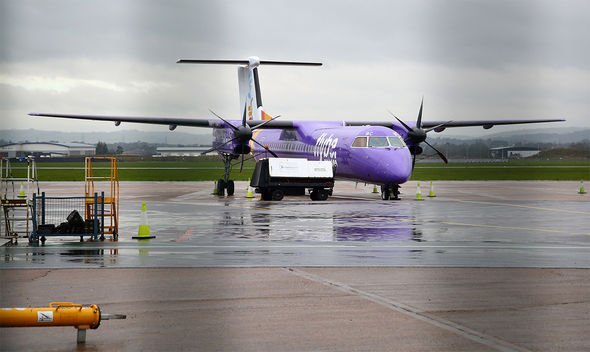 “Alternately, those who booked tickets costing more than £100 with a credit card will be able to claim from their credit card provider.

“If the tickets were under £100 or booked with a debit card, passengers can try to use chargeback from their bank or card provider.”

According to the BBC, the collapse is said to put around 2,000 jobs at risk.