Travel expert Simon Calder told ITV Good Morning Britain viewers he would be looking into getting out of Portugal as soon as possible if he knew he could not be forced to self-isolate for two weeks upon his return to the UK. But he warned the price of flights to leave Portugal have now skyrocketed as the popular holiday spot may be re-added to the UK’s coronavirus quarantine list.

“That’s a lot easier said than done because the price of flights has gone through the roof.

“And you have to be really careful.

“Don’t take a connecting flight via Amsterdam or Paris because as soon as you step on the floor of one of these airports you are in for two weeks of quarantine. 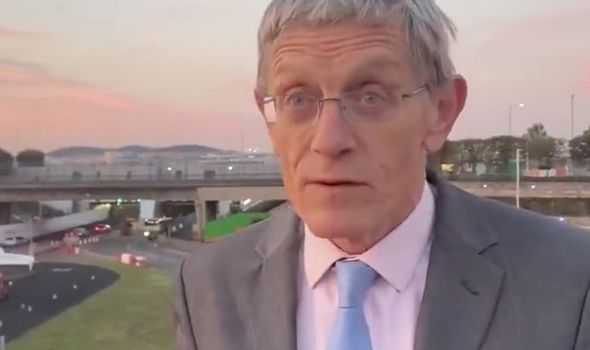 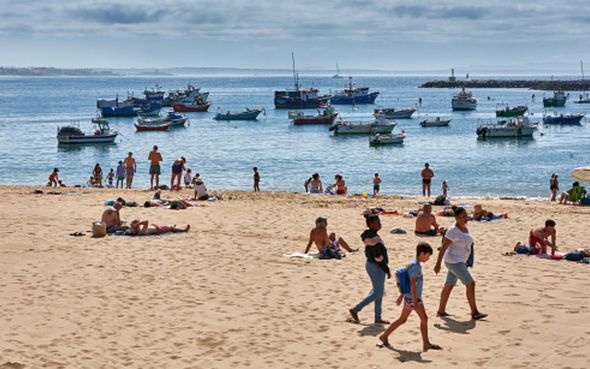 England is facing pressure to reconsider quarantine rules for Greece after Scotland and Wales introduced new measures over concerns about rising coronavirus cases.

The Scottish Government announced on Tuesday evening that travellers from Greece would have to self-isolate for 14 days from Thursday, while Wales also began asking arrivals from the island of Zante to begin the period of quarantine.

The Department for Transport said no change to its rules for England had been made, but Wales’ health minister Vaughan Gething said he would be pressing the UK Government for an urgent meeting to consider the potential risk in Greece.

The move came as holidaymakers scrambled to return from Portugal amid growing concerns restrictions could be reimposed to arrivals from there.

Restrictions for Greece were lifted in England in July when international exemptions were first permitted.

A seven-day rate of 20 is the threshold above which the UK Government considers triggering quarantine conditions.

Scottish Justice Secretary Humza Yousaf, announcing the restriction, said the “importations of new cases from Greece is a significant risk to public health”.

He said “regular discussions continue” with the other three UK governments over restrictions.

Mr Gething said six clusters amounting to more than 30 cases of Covid-19 in the last week had come from four flights, two of which landed in England.

“There are concerns from our public health teams that the current advice and control measures for returning travellers are insufficient,” he said.

He said that all passengers on a flight from Zante to Cardiff on Tuesday night would be told to quarantine and would be given two COVID-19 tests, one within 48 hours and another eight days after their return.

DON’T MISS:
Holidays: Portugal ‘on the brink of the red zone for quarantine’ [INSIGHT]
Portugal travel: Lisbon’s right back on track [ANALYSIS]
Portugal could be back on quarantine list next week [DATA] 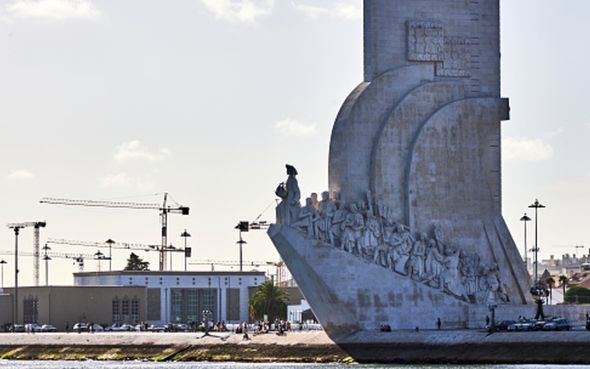 “In addition, I have pressed for an early meeting with the UK Government and devolved nations tomorrow (Wednesday) to consider the latest assessment of risk by the Joint Biosecurity Centre,” he said.

“There is an obvious need for us to consider the potential for changes to the regulations in Wales which would require travellers arriving in the UK from Greece and possibly elsewhere to self-isolate on their return.”

With thousands of Britons having travelled to Portugal since the country was exempted from quarantine measures on August 22, rising cases there were prompting airlines to increase capacity as holidaymakers hurried to return in case restrictions are reimposed.

There were 22.3 coronavirus cases per 100,000 people in Portugal in the seven days to August 31, up from 14.5 a week earlier, according to figures calculated by the PA news agency based on data collected by the European Centre for Disease Prevention and Control.

The boss of British Airways’ parent company has warned that reimposing the quarantine requirement for people returning to or visiting the UK from Portugal would cause further “chaos and hardship” for travellers.

Flight secrets: Pilot shares what he is most scared of when flying a plane

Holidays: Britons can only visit eight countries without testing or quarantine – MAP
Recent Posts
This website uses cookies to improve your user experience and to provide you with advertisements that are relevant to your interests. By continuing to browse the site you are agreeing to our use of cookies.Ok