Google maps has left one man in Spain red-faced after catching him out at the beach. Pictured alone on a hot day, the man clearly did not realise he was being filmed by Google.

The man stands alone on the sandy beach of Doñana National Park, near to Seville in Spain.

Sand dunes can be seen in the distance, so the man is facing away from the sea.

Holding his top in his hand, the man wears a paor of pink shorts, with his tanned legs, arms and back on display.

But why is the man stood alone facing away from the pretty shoreline? 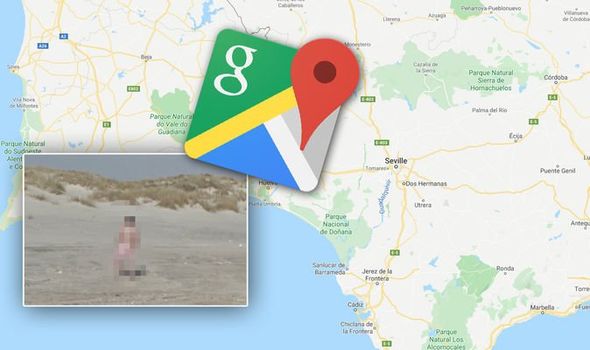 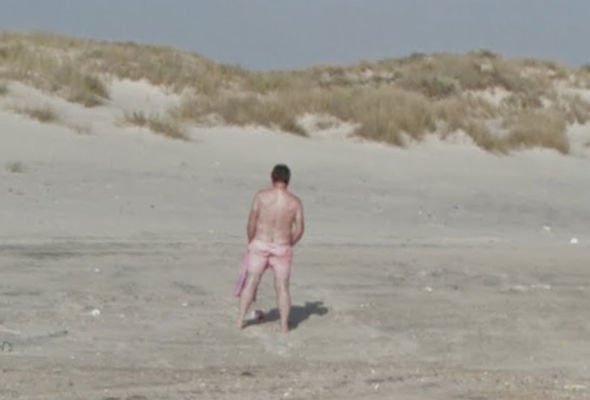 It appears he is taking the isolation as an opportunity for a wee.

His legs are apart, and his shorts appear to be rolled down a little.

The man’s arms are crooked in the perfect position for urination.

Moments later, the man is captured by Google maps walking away pulling his shorts back in to position.

This is not the only private moment on a beach caught by Google.

One photo going viral from a Mexico beach is decidely intimate.

They were seen enjoying a very romantic day out on the sands. 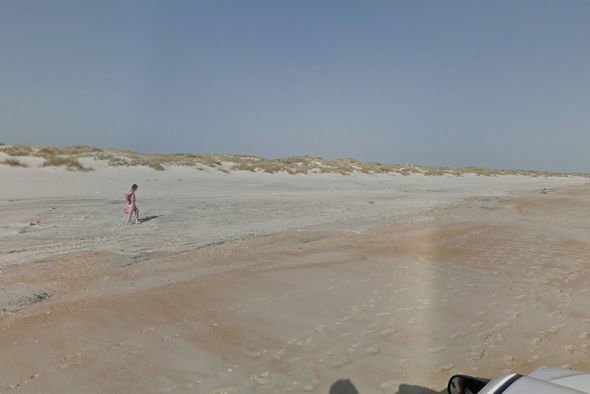 Both are wearing swimwear – the woman in a bikini and the man in patterned shorts.

They appear to be in the middle of a very exciting – and personal – event.

The man has his back to the beach and is down on one knee as he faces his partner.

It appears as though he may well have proposed to the woman – although one cannot know for sure.

The woman, meanwhile, is bending down to kiss the man.

She holds his face in both her hands as she leans down for the intimate move.

If indeed it is a marriage proposal the Google Maps viewer it witnessing, it would seem the woman has accepted.

Both the faces of the couple are blurred out in order to protect the privacy of the pair.