Google Maps Street View is often used by the public to look at popular destinations and stunning views as well as to take a glimpse at where celebrities live. From the Great Wall of China to the Eiffel Tower, to Beverly Hills and the Hamptons, Street View shows it all.

The tool is also useful for those who don’t get the chance to travel long distances and want to have a look at the world from afar.

Google Maps Street view is especially useful for those who are also scared of flying and haven’t had a chance to see much of the world.

However, sometimes the Street View lens manages to capture some very bizarre scenes that range from the funny to the spooky.

The massive camera has managed to capture all sorts from funny animals driving cars, to spooky vehicles. 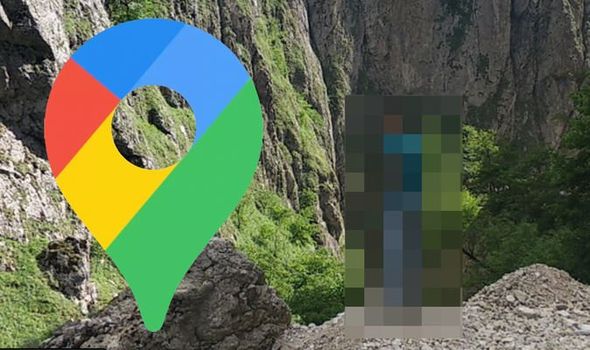 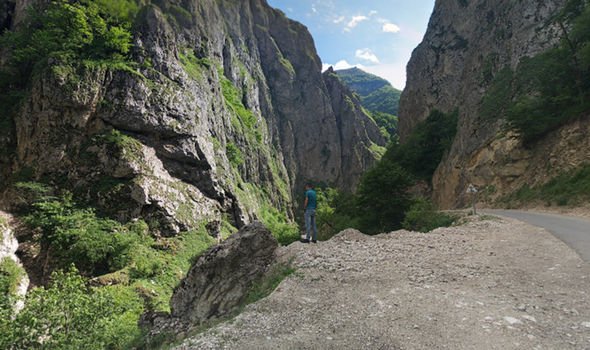 And if the scene itself isn’t bad enough, eagle-eyed users sometimes manage to find these scenes and make them available for the world to see.

The photos are sometimes posted on social media sites in an attempt to catapult the user to stardom.

In fact, the most hilarious and bizarre images often go viral online.

And now, this could be the case for one man who was spotted in a very compromising position.

The scene takes place near Derk in Azerbaijan between mountains and cliffs.

It appears that the scene is unfolding on a road in a valley between two mountains.

From afar, everything seems relatively normal.

It’s a photo of a man looking down the edge of a cliff from a road. 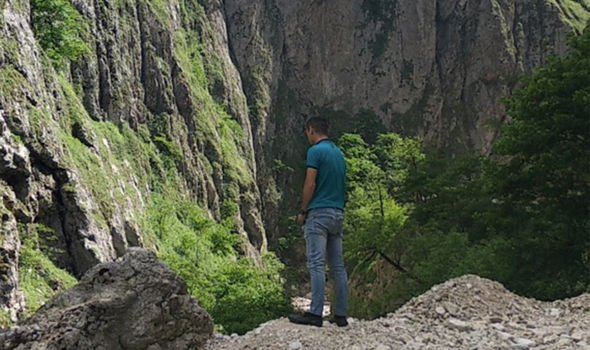 But as you zoom in on the man, it appears as though he is not just looking down but doing something else.

The man is wearing a blue t-shirt, blue jeans and black shoes and has his back turned towards the camera.

But rather than just looking down the cliff at the greenery, it seems as though he may be urinating.

And this is exactly what one Reddit user thought when they spotted the scene from May 2018. 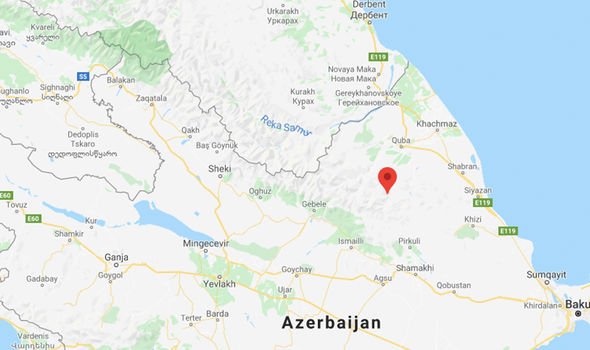 They posted the scene on the site saying that they had just found a man urinating off the road.

They said: “Just casually checking out Azerbaijan because I never thought much about it before.

“Found a man pissing off the road. Mildly amusing.”

Azerbaijan is situated next to Armenia, Georgia, Russia and Iran.