Google Maps Street View emerged on screen in 2007 and brought with it the ability to spot unexpected moments unfolding all across the globe. However, while sometimes these moments are humorous or simply plain bizarre, others can be much more unfortunate.

In Malaysia, the Google Street View cameras managed to pick up the aftermath of a devastating scenario.

The scene unfolds on a roadside, where a group of people have congregated as a result of the situation.

There, at the side of a tree-lined road, is a car which looks obliterated, likely to be following a violent crash.

The entire side of the silver vehicle has been demolished, revealing the car’s mechanics as well as the seats inside. 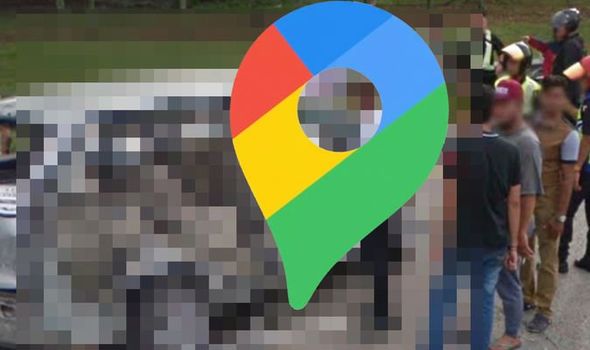 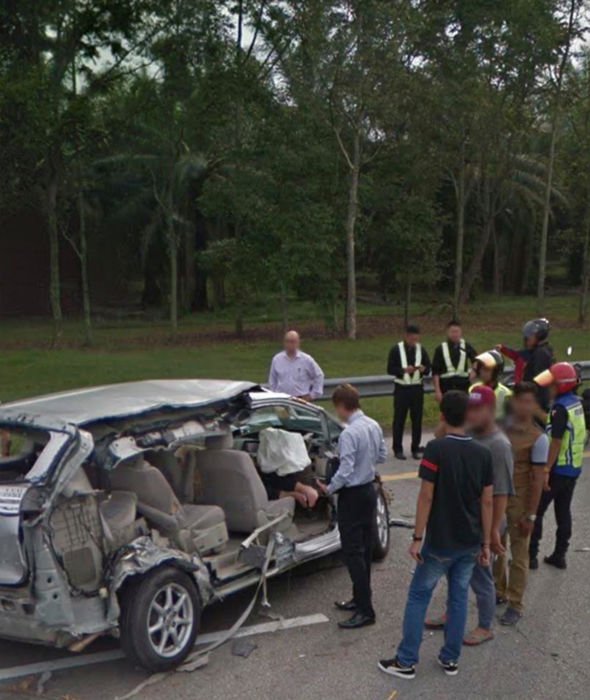 If you look closely you can see the deflated airbag which obviously exploded to life upon impact.

Meanwhile, all of the windows of the car are smashed too.

Given the state of the car, this was likely a very big crash and could have been the result of high speed.

Taking into account the silver metal safety barriers at the side of the road, this is likely to have been a motorway or dual carriageway where speed limits are a lot higher than in more residential areas.

Though fortunately, there does not seem to be anyone injured at the scene despite there being a number of people standing around.

Some of the people are dressed in plain clothes, with two worried-looking men in jeans standing side by side, who could well have been in the car.

They are joined by a number of emergency services including police and the fire brigade.

The image was shared on Reddit, accompanied by the caption: “Aftermath of car crash in Malaysia.” 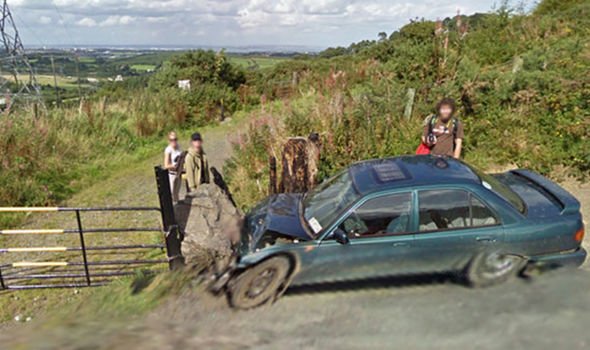 However, this is the only detail given, so the actual backstory of the dramatic scene remains a mystery.

It isn’t the first time Google’s Street View cameras have managed to snap a car crash though.

A similarly tragic moment was witnessed in Ireland, the backstory of which also remains a mystery to this day.

A crashed car was spotted after it had careered into a boulder near Dun Laoghaire Golf Club. 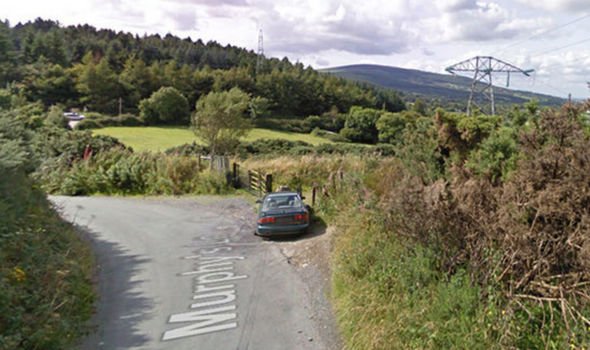 Initial images that appeared on the mapping service showed three ramblers gathered around the car.

Whether or not they were the owners remains unknown, though none of them look as though they were just in a collision.

However, as time passed Google updated its images adding to the mystery.

While the three people had moved on, the car remained in place, clearly having never been rescued by its owners or collected by authorities.