Google Maps Street View has photographed a couple enjoying a romantic moment on a beach. The man and woman are sitting down upon towels on the sand and are kissing one another. However, something very embarrassing seems to have happened to the couple.

The pair are so loved-up they appear to share not just affection but also limbs.

The woman is facing the camera and is wearing sunglasses and she leans forward to kiss her beau.

But the man, whose bearded face is partially obscured as he turns away, appears to have his body connected to his partner’s.

His tattooed arm can be easily seen as it lies casually upon a blue bag, but what looks to be the woman’s leg appears to be growing out of his back. 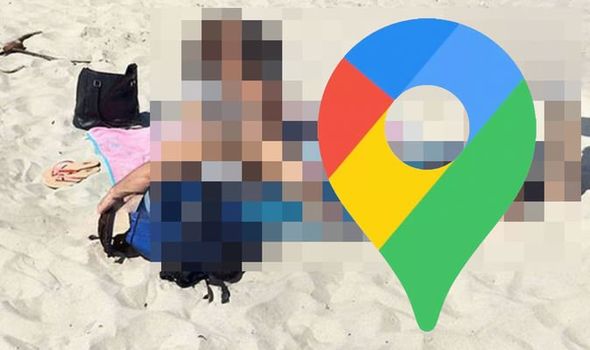 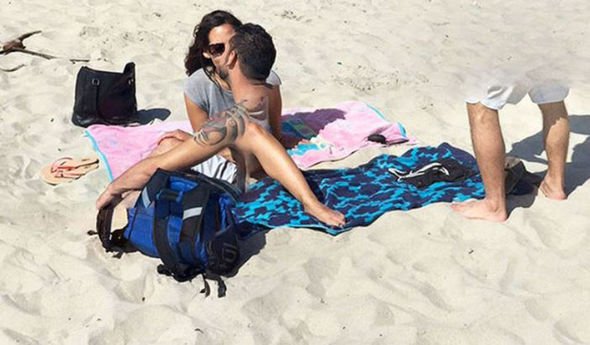 The back of his shoulder morphs perfectly into the woman’s bent knee.

His other hand can be seen resting upon his knee yet, apart from this glimpse of his leg, the lower half of his body appears to simply not exist.

However, the man’s mystery body is not the only thing wrong with this beach scene.

To the right of the couple, stands another man – yet viewers can only see his legs below his knees.

Above his knees, his body simply disappears into thin air.

Thankfully, there is a logical explanation for the bizarre goings-on in the image.

A technological glitch with the Google cameras has created a very weird effect.

The photography splicing has caused the problem due to the way the images are assembled. 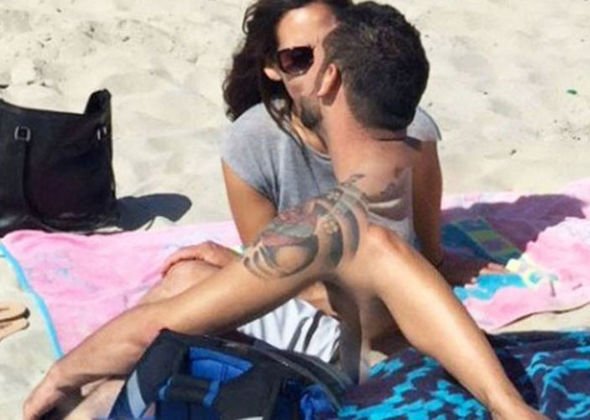 In a photo of a male tourist enjoying a day out, rather than having eyes, a nose and a mouth, he has an arm growing out of his face.

The back of his head seems completely normal, and he’s clearly wearing a baseball hat, but his neck morphs straight into the arm.

What’s more, the arm begins halfway up the bicep and is bending into a fist at the elbow.

It almost looks a bit like the tourist has a trunk, just like an elephant, as he has no discernible facial features at all.

Of course, as with the couple on the beach, this is all due to a simple glitch.