Google Maps is a popular tool used by people to navigate from their local shops to destinations across the world. The Street View tool allows you to travel to some of the world’s most stunning locations without leaving the comfort of your home. The tool is owned by Google and offers its users satellite images, street maps, panoramic views of streets and route planning.

But sometimes the tool is used by people to spot some bizarre sights.

From dogs driving cars to people urinating in public, the huge Street View lens has captured it all.

Some users hope to be catapulted to internet stardom while others simply find the sights for their comedic value.

And this sight in particular is both horrifying and deeply disturbing. 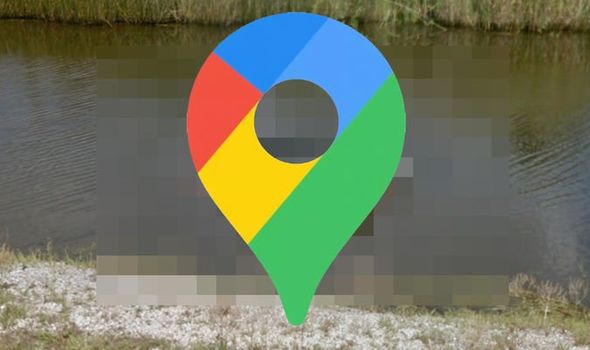 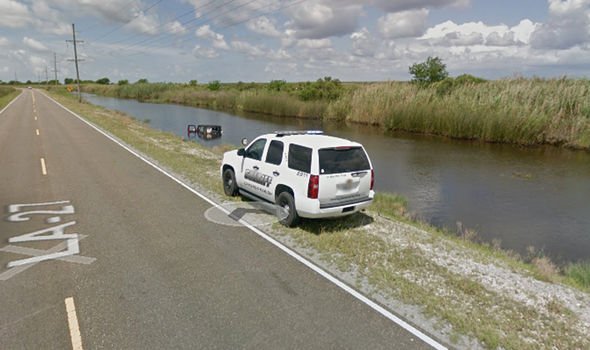 The scene unfolds on a road in Creole in Louisiana in the USA.

A sheriff’s car can be scene parked up on the side of a main road with a river running down one side.

It appears the sheriff is still inside the car as the Google car goes past.

Slightly further down the road, it’s clear why the sheriff has stopped.

In the river there is a red car half submerged in the murky water.

The car appears to look Jeep-like with a tyre on the back of it.

It’s unclear whether anyone was in the car at the time when it accidentally ended up in the river.

The door of the car is open, so hopefully whoever was inside managed to climb or swim to safety. 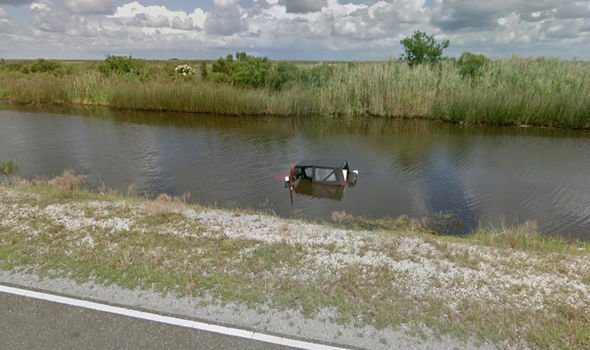 The scene was captured by the Street View camera in June 2016.

The strange sight was spotted on Reddit by a user who captioned the image, “Hope you have insurance!”

The post garnered a lot of attention on the forum from users.

One user said: “His GPS said that there was a road there.” 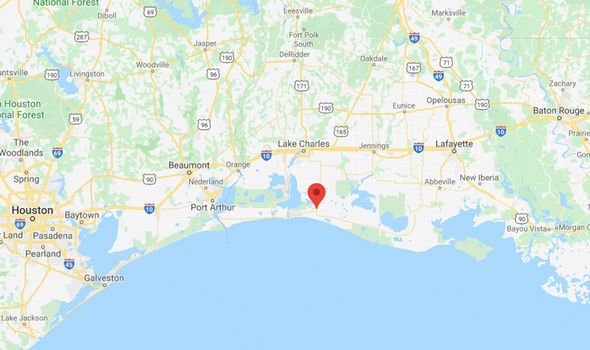 Another asked: “Where are the turtles???”

“A transporter of Gods, the GOLDEN God!”