Google Maps has become popular with users recently trying to find hilarious, scary, bizarre and strange sightings. From dogs driving cars to people caught making obscene gestures, the Street View lens has seen it all. The tool is mainly used for navigational purposes for those who need to make their way to a new destination.

However, it also offers users the chance to browse satellite images, panoramic views of streets and route planning.

Often, the strangest sightings end up on social media platforms with thousands of users sharing and posting comments.

In fact, the most bizarre images can even go viral across multiple internet sites.

This latest sighting was spotted by an eagle-eyed Street View user. 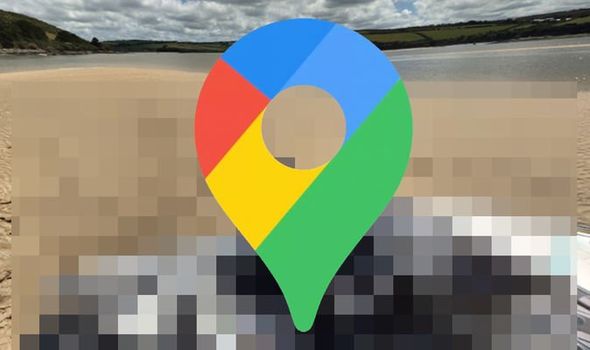 They posted the image on Reddit with the caption: “Stranded boat!”

The image unfolds on a beach somewhere in the UK.

In the background, rolling hills can be seen along with a thick, cloudy sky.

The sand is golden but appears to be water-sodden.

This suggests that the tide has gone out leaving a boat stranded in the sand.

The boat looks like a speed boat with a big engine on the back and two seats in the front.

White seats, a white steering wheel, a bag, two water bottles and other equipment can be seen inside the boat.

To the left of the boat, a smaller boat can be seen attached to it. 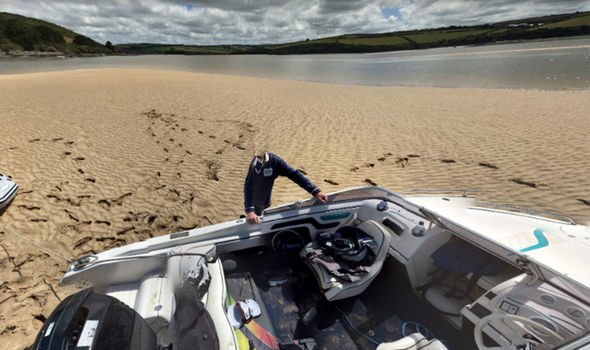 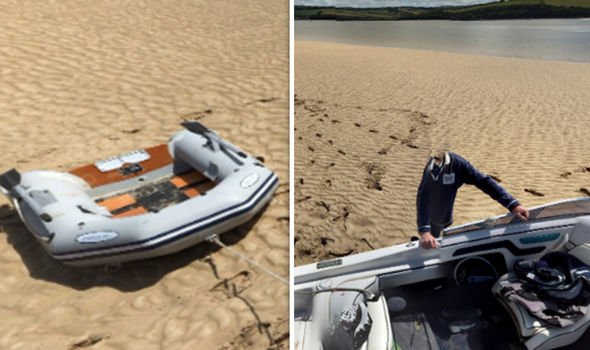 Footprints surround both the boats, suggesting that people have visited at some point.

Next to the boat, a man or part of a person can be seen leaning against it.

It appears he has gone to try and move the boats only to find them stuck in the sand.

The individual has had their head and half their body cut from the picture due to a glitch with the panoramic camera.

It looks as though the camera has been moved too quickly which has caused the issue in the middle of the photo.

The post garnered a couple of comments from other users.

While the other replied: “Naturally.”