Google Maps Street View can throw up some truly baffling shots. One such mystifying scene was spotted in Alaska. The tech giant has captured what appears to a snowmobile that has grown a pair of legs.

The image shows a pair of black-clad legs striding across the snow.

But from the waist up, instead of a torso… there is a snowmobile seemingly sticking out from the top.

The two other people manning their snowmobiles on either side of the bizarre sight don’t seem remotely intrigued by the oddity – so clearly there’s another explanation.

The weird image is in fact the result of a technological glitch with the Google cameras. 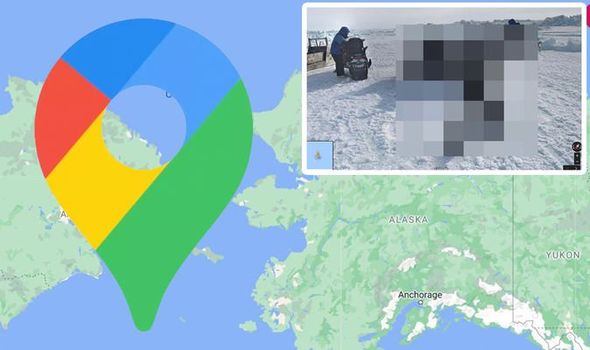 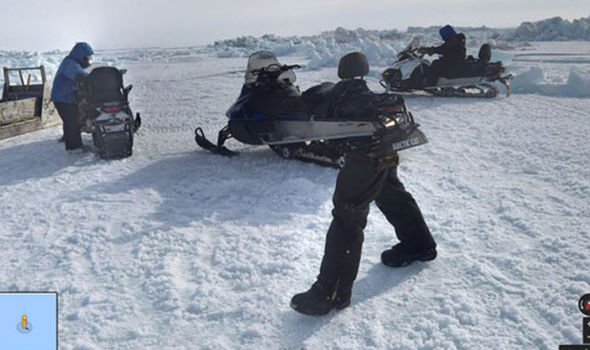 The photography splicing has caused the problem due to the way the images are assembled.

Amazingly a very similar image has appeared in exactly the same Alaskan city of Utqiaġvik before.

In that photo, the shot shows just a pair of dismembered legs standing in the snow – no sign of a torso whatsoever.

Of course, the legs aren’t from a murder scene at all and have a simple explanation – the recurring problem of Google camera glitches.

Utqiaġvik – also known as Barrow – is a city in Northern Alaska and has a strong history of whaling. 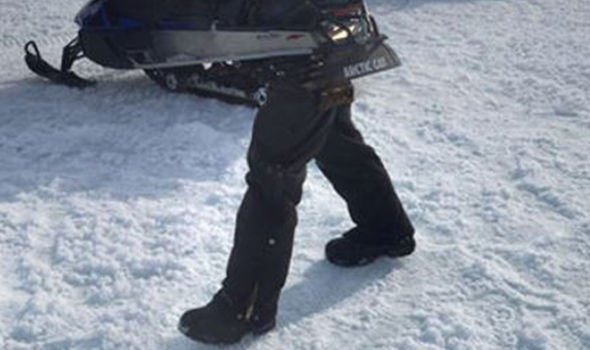 A whaling station was first established in 1889 and explorers, surveyors and scientists used it as a base of operations for mapping the Arctic coastline and carried out meteorological research.

Indeed hunting for whales, seals, walrus, caribou and ducks is still key for both traditional and economic reasons.

Utqiaġvik is one of the largest Eskimo settlements in Alaska and the farthest-north community in the USA.

Its name was changed to Utqiaġvik from Barrow to reflect its Eskimo heritage and identity.

Utqiaġvik – in the local language – means “the place where we hunt snowy owls.”

Archaeological evidence of human habitation dates all the way back to 800 AD.

The mapping service is awash with similar bizarre images taken all over the world – have you ever come across any on Street View?