Google Maps Street View has a habit of uncovering unlikely sights around the world. Recently, viewers were left confused by an unusual looking sports car driving through the streets of Canadian metropolis Toronto.

The car is said to be from sports car giant Porsche, however, it is a little different from the models they typically sell.

In the scene, a silver convertible car can be seen driving down the bustling street of the city’s Queen East.

On the back of the car, the Porsche logo can be seen clearly.

A man appears to be driving the car, seemingly undeterred by the odd appearance of his motor. 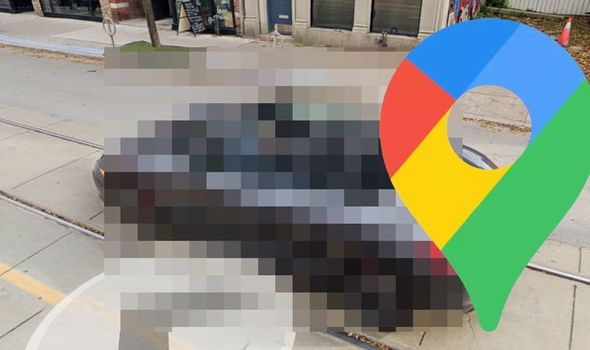 However, what is particularly striking about his vehicle is the number of seats it has.

The driver is sat in the expected seat, with a passenger seat to his right.

Behind him is a second, much slimmer row.

What is bizarre though is that a third row, which appears to have a little extra legroom, is behind the second row.

The three rows add up to six seats for passengers to enjoy a ride in.

After spotting the bizarre scene, a Google Maps Street View user shared the scene to Reddit where it was met with a mix of confusion and admiration.

“New six-seater Porsche. Toronto,” wrote the user who came across the scene.

“Let’s break it down, shall we?

“There’s the seat the driver is in and the one next to him. That’s two.

“Then there are clearly two rows of two behind him, thanks to an image stitching glitch from Google Maps. 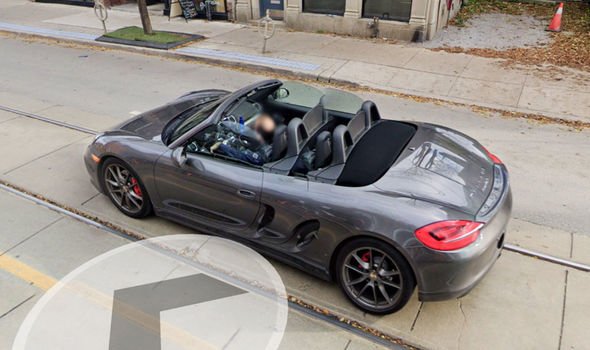 As the user revealed, this is not actually a real Porsche car but the image of six seats is rather the result of a Google glitch.

This often happens when a moving object interrupts the Google cameras’ shot.

When images are stitched together in post-production it can result in some rather unexpected moments.

Despite this, the car was a hit among commenters.

One wrote: “That looks dope in my humble opinion, someone send this to Porsche designers.”

A second said: “That actually would be a [cool] car though.

“Porsche could make quite the money by making this a thing.” [SIC]