Heathrow Airport set to be ‘repurposed’ as part of the wartime effort against coronavirus, with hub switching priority to cargo flights carrying medical supplies

Heathrow Airport is being ‘repurposed’ as part of a wartime effort to keep vital medical supplies flowing into the country.

Almost half of Britain’s medical supplies will be shipped in via the West London airport, including medicines, vaccines and respirators. 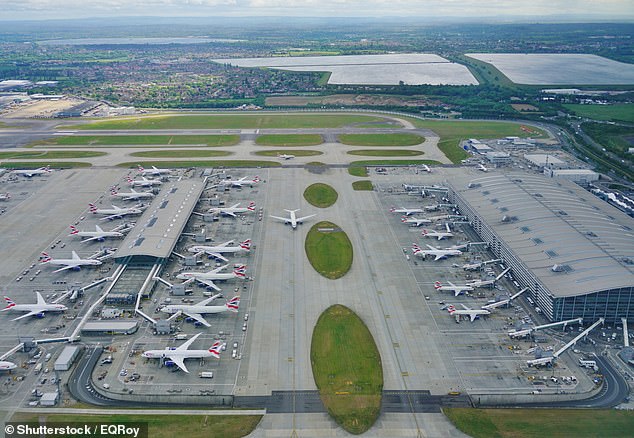 Passenger numbers have flatlined in recent weeks as commercial flights grind to a near-total halt.

This has allowed Heathrow to increase its cargo movements by 53 per cent compared to the normal weekly average.

In 2019, over 12,000 tonnes of medical supplies such as medicines, vaccines, sanitisers, syringes and respirators travelled through Heathrow.

This year the airport is expecting that number to rise dramatically.

Heathrow CEO, John Holland-Kaye, said: ‘This is an unprecedented time for the international community, with Covid-19 requiring us all to work together, adapt and adopt extraordinary measures to quell the spread of this virus.

‘For the first time in a decade our airport has additional capacity in its schedule, capacity which we’ve begun to see used to help push vital supplies across the globe to help support frontline teams in the battle against this pandemic.

‘We stand ready to support the country through this crisis. We intend to remain open at all times to serve those passenger flights that will continue to operate. And as the UK’s biggest port, we will temporarily increase the number of dedicated cargo flights.

‘These will bring in vital supplies of food and medical equipment to help Britain weather this storm.’

The news comes as aviation bosses warn ministers that airports will close within weeks because they have received ‘little to no support’ from the Government. 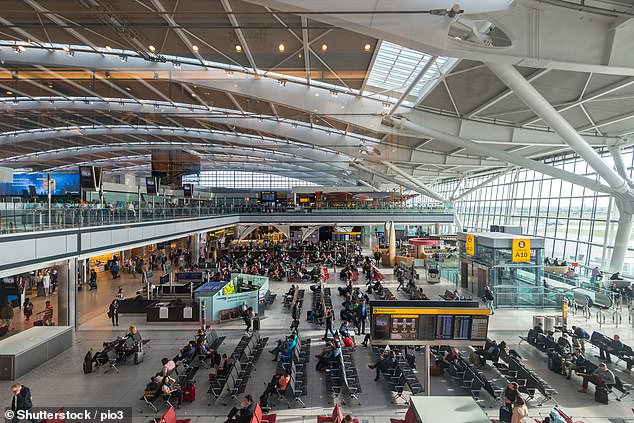 Heathrow CEO, John Holland-Kaye, said: ‘This is an unprecedented time for the international community, with Covid-19 requiring us all to work together, adapt and adopt extraordinary measures to quell the spread of this virus’

The Airport Operators Association (AOA) trade body has told the Treasury it is ‘extremely disappointed’ with Chancellor Rishi Sunak’s handling of the crisis.

In a strongly-worded letter sent on Thursday, it warned that more than 50 airports across the UK will shut down within weeks unless ministers step in to provide urgent support.

The disastrous state of the industry was underlined on Wednesday when one of the UK’s biggest airports – London City – said it would close until the end of April at the earliest.

London City is the UK’s 12th-busiest airport and carries 5.1million passengers a year.

Other airports are said to be weeks from closing as passenger numbers approach close to zero.

Many were already struggling before the pandemic following the collapse of Flybe.

An industry source told the Daily Mail: ‘Most airports are planning to go right down to the bone with a skeleton staff and only small parts of terminals open or closing to passengers and only operating things like freight, and see how long that is feasible.’

Last week, the Chancellor said he was preparing a support package to help the aviation industry deal with the biggest challenge in its history.

He was rumoured to be finalising a multi-billion rescue deal for the industry, which could have seen the Government purchase stakes in the hardest-hit airlines.

However, the Chancellor told industry leaders that the Treasury will only provide support ‘as a last resort’ on a case-by-case basis – and only if individual companies have ‘exhausted other options’.

The AOA, which represents UK airports, has accused the Government of abandoning the sector and said the decision amounted to a U-turn.

In its letter the AOA said: ‘We are extremely disappointed that the Government has decided to row back on its vital commitment on 17 March to stand by the aviation industry. It is important to recognise that aviation has been at the forefront of the Covid-19 pandemic.

‘Long before other UK sectors felt the impacts, aviation was already being affected by travel restrictions and passengers voluntarily choosing not to travel – indeed, it contributed to the collapse of Flybe. It is for this reason that UK airports were asking for urgent support.’

The AOA wanted a support package that included measures such as relaxing regulations relating to mandatory training requirements, extending business rate relief to airports and deferring all aviation taxes for the duration of global flight restrictions.

A Treasury spokesman said: ‘The aviation sector is important to the UK economy, and will be able to draw upon the unprecedented package of measures announced by the Chancellor in recent days, including a Bank of England scheme for firms to raise capital, Time to Pay flexibilities with tax bills, financial support for employees and VAT deferrals.

‘We are continuing to work closely with the sector and are willing to consider the situation of individual firms, so long as all other government schemes have been explored and all commercial options exhausted, including raising capital from existing investors.’