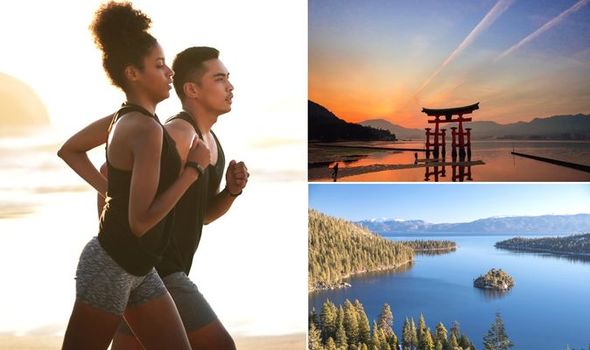 Holidays for some people are all about relaxing on the beach but for others, it’s important to be out and about. Walking and running holidays are very popular among many Britons. These enable travellers to explore the beauty of a country without spending too much money and getting plenty of fresh air.

A selection of the most beautiful running routes in the world has been rounded up.

You may currently have no choice but to pound the pavements near your house for now, but when the world returns to normal you may want to give these a go.

This distinctive mountain trail starts by the only outdoor stone statue in Japan dedicated to Skanda, the god of running. The 4.85 km is difficult due to the mountainous terrain but offers a good training base for experienced runners.

Consisting of a wooded path maintained by citizens and other local volunteers, the route offers runners a cool breeze in the summer and warm underfoot in the winter.

Only 90 minutes from Tokyo, Jogasaki Coast is a stunning stretch of coast on the eastern side of Japan’s Izu peninsula and is famous for its beautiful cliffs and views.

Shizuoka will host the road cycling for Tokyo Olympic & Paralympic Games in 2021 so visitors can team their work out with a slice of culture and experience part of the route with a backdrop of Mount Fuji.

This trail can be modified to fit a runner’s experience level and includes possible stopping points, including a Buddhist temple, lighthouse, suspension bridge, stained glass museum and ramen shop. 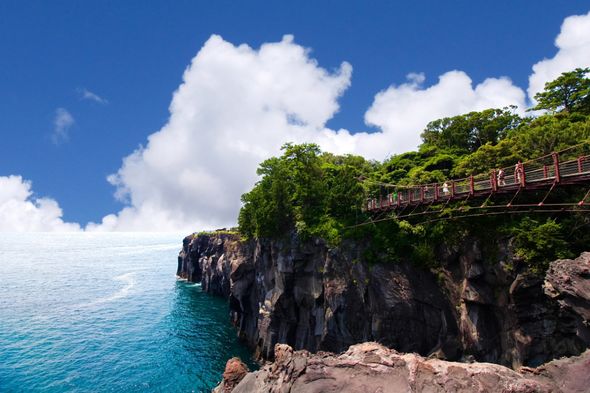 Moorea, The Islands of Tahiti

With such breath-taking landscapes on the tropical island of Moorea, it’s no surprise that the Tahiti-Moorea marathon is one of the most beautiful and exotic marathons in the world.

With its objectives of promoting Moorea and The Islands of Tahiti, further developing sport-tourism, and involving and energising the local population, the 42.195km race usually attracts over 1000 international runners.

The marathon route sees runners looping around the island of Moorea, through pineapple plantations and along the pristine white beaches. Visitors can experience the route year-round, taking on as much or little of the course as they like.

A region favoured by athletes from all over the world for its high-altitude and challenging vertical trails and multi-sport diversity, Mammoth Lakes, California offers awe-inspiring scenery and an abundance of trails along with a healthy running community for active travellers to explore.

Legendary track coaches Joe Vigil and Bob Larsen brought marathon superstars to the region in 2001 and ever since, it has become the home of the most decorated distance running club in the United States, training 12 Olympians who have earned two Olympic medals as well as three major marathon wins.

Hike up glacier-carved granite slopes, find hidden waterfalls and crystal clear streams as you run, and discover alpine meadows painted with the sight of vibrant yellow, purple and orange wildflowers as the smell of pine trees and the freshest of air fills your lungs.

The South Lake Tahoe region is crossed with an extensive network of backcountry hiking and running trails that is sure to lead you to your happy place and give you breathtaking sights.

This gem of a trail wraps around Emerald Point and turns northward along the shores of Lake Tahoe before culminating at D.L. Bliss State Park. 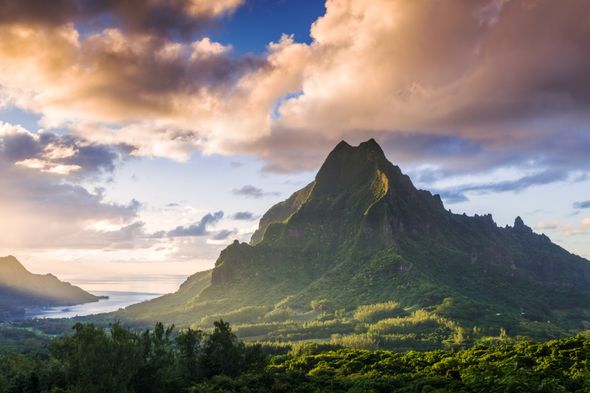 Green Lake, in the north of Seattle, is a picturesque park and great spot to explore away from the crowds of the city centre. Fitness fanatics can run around the lake before jumping in on a warm day and go for a swim. Seattle’s city skyline can be seen shining in the distance, reminding runners they’re far away from the hustle and bustle of the city.

Ideal for runners who like a bit of variety on their route, the Three Rivers Heritage Trail offers 24-miles of urban path weaving through a series of downtown neighbourhoods, popular shopping and entertainment districts and green space providing the ultimate guide to the city on two feet.

With 100 miles of trails (most just a five-minute drive from the city centre), clean air, and a mild climate year-round, Portland is a haven for runners.

The largest wooded city park in America, Forest Park is an idyllic shaded urban retreat that covers 5,000 acres just minutes from the city’s trendy Pearl District. The park is anchored by the 30.2-mile Wildwood Trail that traverses the park in a zig-zagging northwest/southwest direction.

With 100 miles of trails (most just a five-minute drive from the city centre), clean air, and a mild climate year-round, Portland is a haven for runners.

The largest wooded city park in America, Forest Park is an idyllic shaded urban retreat that covers 5,000 acres just minutes from the city’s trendy Pearl District. The park is anchored by the 30.2-mile Wildwood Trail that traverses the park in a zig-zagging northwest/southwest direction. www.travelportland.com 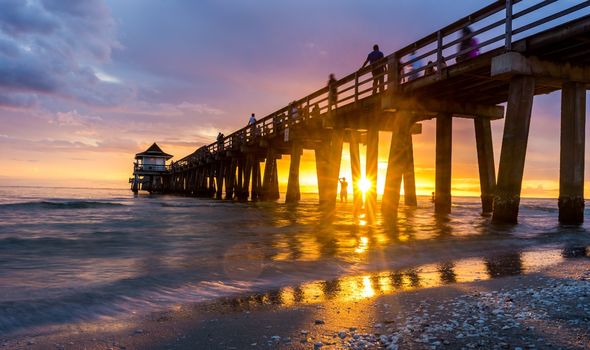 Naples is well known for its high-end shopping, world-class culture and sophisticated dining. The best running trail is along Gulf Shore Boulevard and Gordon Road, with views of the pristine white sandy beaches and water, and some of Naples’ boutique hotels and holiday homes. Just north of downtown, there are some additional trails through Everglades-like foliage, along the Gordon River Greenway and Freedom Park.

The Barr Trail is an iconic trail that began as a way to access mining areas on Pikes Peak and later evolved into a tourist trail. It starts in downtown Manitou Springs, a little tourist town just west of The Springs, and climbs to Pikes Peak’s summit in 12.6 miles and 7,400-plus feet of vertical gain. This is not an easy route so be sure to pack the right supplies and rest when you need to.