I’m hooked (if only the fish were too!): It’s angling heaven – and in the beautiful north of Scotland it won’t matter if you don’t catch a thing

Day four and delirium has set in. I see fish in every shadowy corner of the River Findhorn — ghosts holding in the current.

The water looks almost like the whisky made here in Scotland’s northeastern county of Moray, but it doesn’t have that dangerous glint. This is slick black tea, tannin-heavy and sickly. Closing my eyes each evening, I can see the brown water drifting by.

I’m on the Findhorn with my parents Victoria and Nick, brother Fred and Great Dane Mungo. We’re spending five days fly fishing for salmon on the river’s Altyre beat, near Forres. And things are opening up in Scotland with domestic tourism, outdoor dining and self-catering accommodation back on since Monday. 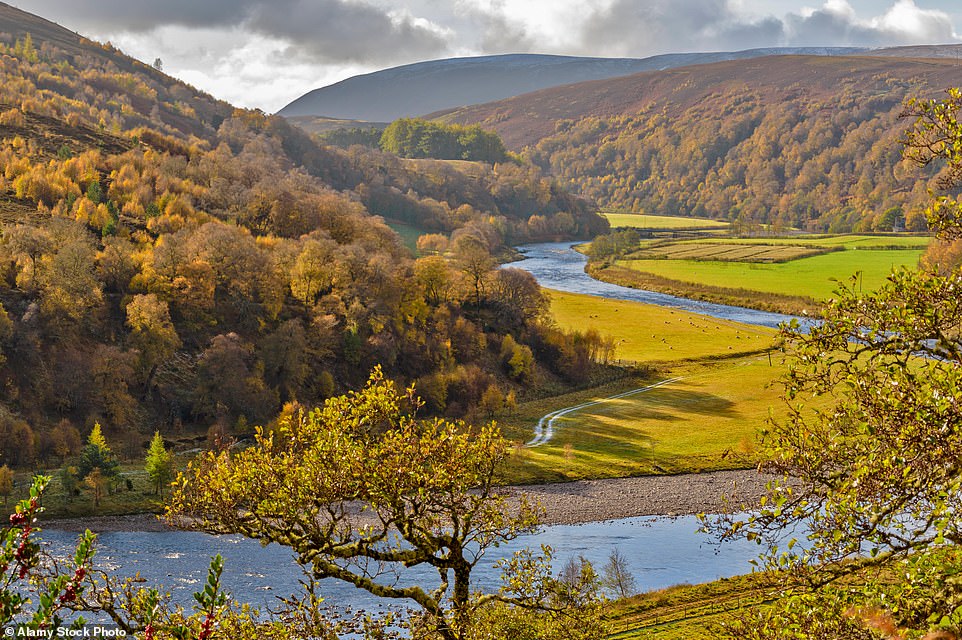 The big one: The River Findhorn – a 62-mile stretch of water runs through pine forest and hills purple-stitched with heather

This 62-mile stretch of water runs through pine forest and hills purple-stitched with heather, and cuts deep gorges in sandstone cliffs. It’s spectacular. Each day, the short drive and walk to the riverbank transports me farther than any flight could.

Our guide, Mark, has been fishing the Findhorn for 50-plus years. He explains where the fish will be at each pool and points out where large salmon have been caught. He also tells us about his time as an ITV racing producer, including one occasion when he knocked over (and caught) the Queen while running to place a bet at Ascot.

‘She was off her feet and in my arms,’ he says. ‘Only once I was around the corner and saw her racing manager, Lord Carnarvon, did I realise what I’d done.’

Despite being around fishing all my life (thanks to my brother and father), it has never made much sense to me. And it’s likely that salmon-fishing will initially make sense to few.

After all, salmon don’t feed on the insects our flies imitate but eat at sea. And although the water is shallow and clear, the fish are difficult to spot. It’s not uncommon in Scotland to spend a week without a bite.

So far, so bewildering. But as the week progresses, each time the line whistles across the river, hits the current and the fly swings through the water — over the heads of salmon I’m assured are there — it is immensely satisfying.

Between three of us, we catch two salmon in a week. Success hinges on hours of perseverance: the microsecond bite, the minutes of a fight — and the seconds of realisation when a fish is lost. It all comes down to instinct.

Soon a routine emerges, though, and the lack of instant gratification becomes refreshing.

It also doesn’t hurt that we are staying in Dalvey House, an elegant nine-bedroom Adam-style property built in 1798. The surrounding countryside is dotted with the chimneys of whisky distilleries.

The area has a haunting history, as Cawdor Castle, the home of Macbeth, and Culloden field, where the English slaughtered the Jacobites in 1746, are near by. Thick fog can arrive here in seconds. One moment it’s pouring, the next it’s sunny. 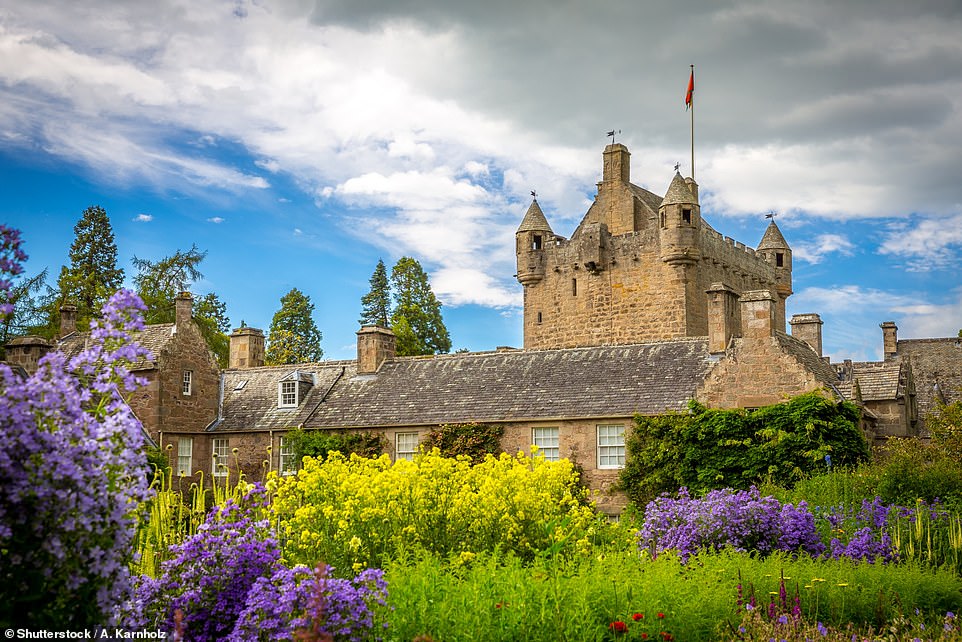 The area around the River Findhorn has a haunting history as Cawdor Castle, the home of Macbeth, is nearby

EasyJet (easyjet.com) London to Inverness from £39 return. Seven nights at Dalvey House, which sleeps 18, from £2,424 (dalveyhouse.com). The two-bedroom lodge is also available to book from £94 per night. For Scottish Covid regulations, go to: gov.scot.

On our final morning, my mother even manages to tear my father away from the river to Elgin, with its cathedral ruins and (more importantly) cashmere shop, Johnstons.  In the evenings we try local pubs, enjoying the spectacularly sited Findhorn Inn (open again). The Cawdor Tavern re-opens on May 7.

But on the river, each day drifts by faster than the last — and with them my chances of catching a fish.

My father stops first, then my brother. I continue casting — and just before we are due to leave, with the sun low in the sky, I hook something large.

After an hour of wading along gritty sandstone and boulders, the line goes tight and I feel the strong shake of a salmon. In one moment, the week comes into perspective — perseverance, concentration, sweat, mental anguish, all wonderfully worth it. For about three seconds.

Then the line goes slack. The fly pings out of the water and there’s a collective groan from the bank. But it doesn’t matter to me.

All it has taken is one brief moment and 20 years of confusion become clear. This oddest of endeavours has started to make sense.