Dutch masterpiece: Discovering how tiny Assen is pulling in crowds after trumping London to stage 2022’s most coveted art show

The compact Dutch city of Assen has always punched above its weight. Originally the site of a 13th Century Cistercian nunnery until its dissolution in 1600, the town had just 600 residents in 1809 when it was visited by the younger brother of Napoleon Bonaparte, the Dutch king Louis I.

So thrilled was he by the welcome the tiny town gave him that he granted it city rights, donated money to fund house construction and vowed to build his summer palace there.

But Napoleon grew so enraged by his sibling’s popularity that he annexed Holland into the French Empire and Louis fled into exile. 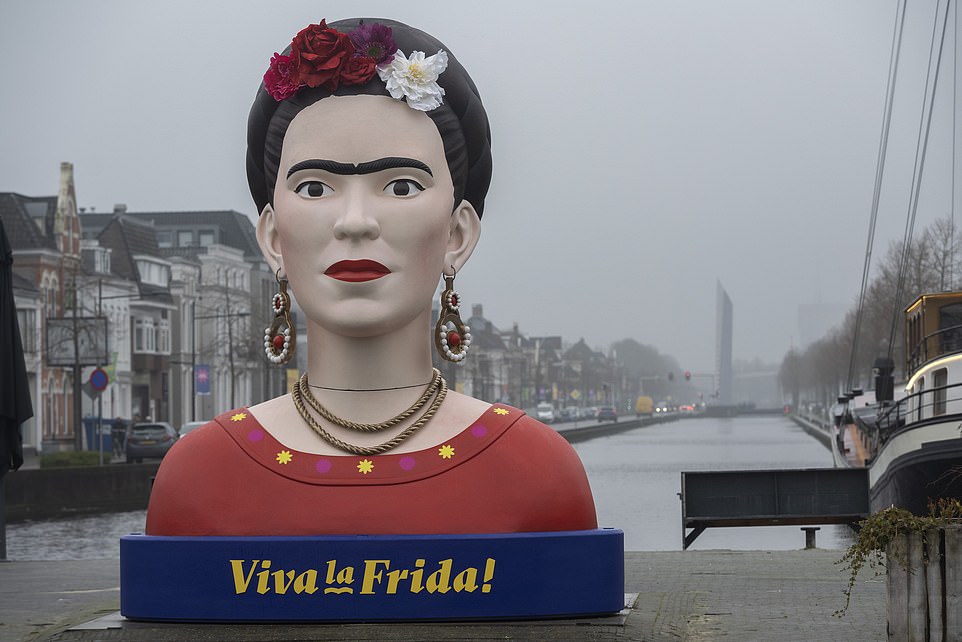 Still, Assen’s new-found city status boosted its fortunes and it became capital of Drenthe province in 1814. The region’s wealthiest residents moved in and the Drents Museum was established in 1854 in the former governor’s house.

Today, the museum is one of the main reason tourists take the two-hour train ride from Amsterdam, and now it has trumped big-name galleries in London, Paris and New York to hold this year’s most in-demand exhibition. Viva La Frida! Life And Art Of Frida Kahlo is the first time two of the world’s leading collections devoted to the iconic Mexican artist have been brought together in one place.

The exhibition features 42 of Kahlo’s works alongside personal belongings, including jewellery, clothing, home-movie footage and a kohl pencil Kahlo used to accentuate her distinctive eyebrows, now immortalised on everything from cushions to mugs.

Kahlo’s personal effects are as important as her paintings to understanding her life and motivation. There are medical corsets she wore to deal with the lifelong injuries sustained in a bus accident as a teenager, Chanel perfume bottles she refilled with alcohol to numb her permanent pain, and even her prosthetic leg.

In fact, it was only after the crash, when she was unable to move, that the aspiring doctor first began painting. Her father installed a special easel and mirror above her bed, ensuring her own face would often feature in much of her artwork.

Annemiek Rens, the exhibition’s chief curator, says: ‘People are inspired by the way she dealt with life and all the difficult things she had to cope with, and how she translated them into something beautiful and powerful.’ 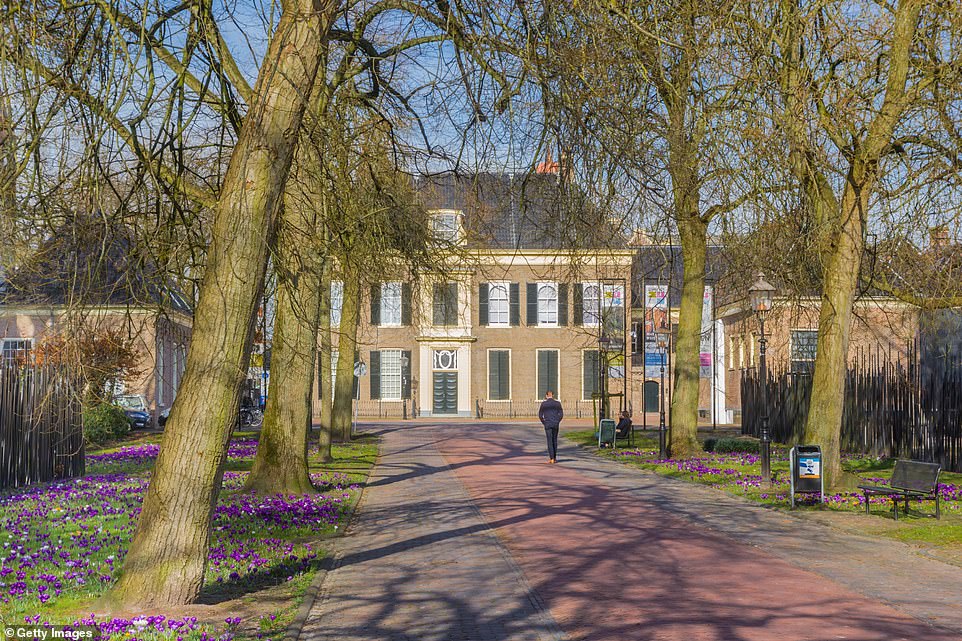 Big draw: The Drents Museum, above, which is hosting the prestigious collections. ‘The museum is one of the main reason tourists take the two-hour train ride from Amsterdam,’ writes Siobhan Grogan 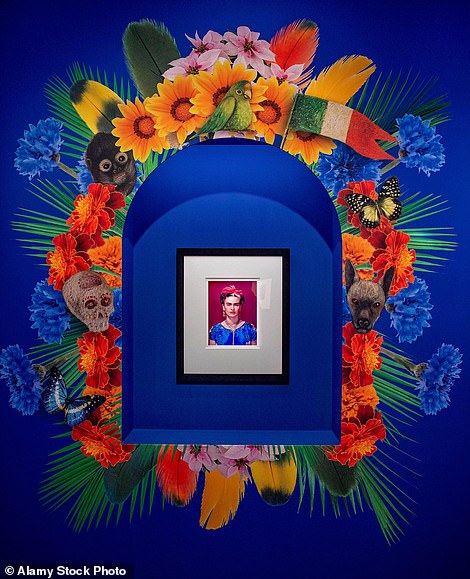 A portrait of the Mexican artist, who is known for her distinctive eyebrows

The show has attracted more than 10,000 visitors every week since it was opened in October by the Netherlands’ Queen Maxima, wearing Kahlo-style flowers in her hair.

Most jump straight back on the train to Amsterdam afterwards, but there’s plenty to see beyond the exhibition hall.

The museum also houses a collection of contemporary work by artists such as Henk Helmantel and Wout Muller, an interactive 18th Century home and a spooky archaeological section. This includes the oldest known boat in the world and the eerie 2,000-year-old bog body of the Yde Girl, discovered perfectly preserved in peat in 1897.

Just outside the museum is Assen’s oldest street, Kloosterstraat, which leads to the former nunnery garden in the heart of the city.

Shaded by soaring oak trees and carpeted in crocuses each spring, it’s now a popular picnic spot lined with some of the oldest buildings in Assen, including its first police station, now home to the popular In de Kloosterhof B&B.

Opposite is a former jail where locals liberated members of the Dutch resistance who had been held by the Nazis. Wander down Marktstraat and you’ll see stones in the pavement paying tribute to former residents who were captured by the Germans, marking their name and the date they were killed in Auschwitz.

By evening, the pubs and cafes spill on to the pavement on Kerkstraat and Markt, where you can sip local beer overlooking the canal and city harbour. 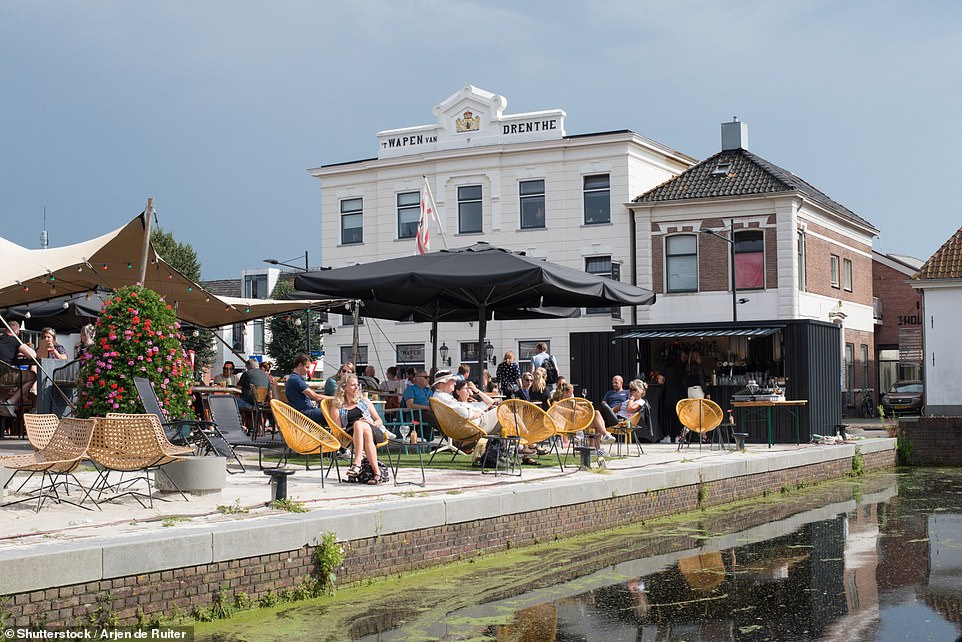 There’s plenty to see in the city beyond the exhibition hall, says Siobhan, such as sipping local beer by the canal (pictured)

Get up early the next day to visit the street market, right outside the central City Hotel de Jonge. Stock up on a picnic lunch of waxy cheeses, crusty bread and ham, then hire a bike to explore the tranquil city forest or the network of cycle paths that criss-cross the windswept heathlands, secluded woods and three postcard-perfect national parks of Drenthe.

Then you’ll begin to understand why Napoleon wanted to keep this blissfully unspoilt country all to himself.