The Armchair Traveller reveals how to explore the world from home: Check in to Danish Downton-by-Sea and build the Dubai skyline out of Lego

From travelogues to films and even webcams, Neil Simpson reveals how you can still explore the world from your own home during the lockdown.

Gentle strolls along wide sandy beaches await if you check in to Seaside Hotel, the Danish television drama that’s described as Downton Abbey-by-the-sea.

The lavish production is set in a remote hotel during the 1920s, and there’s intrigue amid the sand dunes as rich guests from Copenhagen arrive for summer breaks that don’t all go to plan. Sunny settings on the sometimes wild North Sea coast are a delight from the start, and the whole first series is available free on Channel 4’s catch-up service All 4. 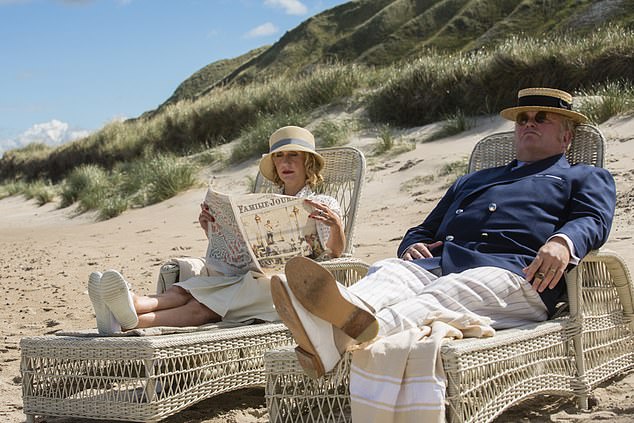 Holiday: Guests unwind on the beach in Seaside Hotel, a Danish drama set in the 1920s

Denmark’s other big gift to the world is Lego, and while its theme parks are currently closed, its staff still want to entertain. Click on the ‘Activities’ link at legoland.co.uk for weekly mini-build challenges led by model-makers (last week’s video set out how to create a simple penguin).

Travel-lovers can also create plenty of world landmarks using Lego. The newest release is a 740-brick model of the Dubai skyline, including the stunning Burj Khalifa skyscraper. Or take a real challenge with the 1,767-piece Empire State Building.

While children build with bricks, adults can build a bespoke holiday brochure with Titan Travel. The company is planning some 200 tours in 2021, and while its traditional brochures are popular, it has a paper-saving option where you pick your favourite destinations or tour types.

These are then packaged into a personal brochure that’s emailed to you. Titan says top ‘early bird’ choices for 2021 include a 17-day escorted tour along America’s Route 66 and the ten-day Majesty Of Morocco tour which includes Fez, Casablanca, the Atlas Mountains and the Roman city of Volubilis.

Marrakech, where Titan’s tour ends, is set to be the home of the World Storytelling Cafe, an almost-finished celebration of the ancient tradition from the team behind marrakech-riad.co.uk and some of the city’s most beautiful hotels.

The cafe’s building work is on hold amid the coronavirus crisis, but 60 storytellers from around the world are online at worldstorytellingcafe.com. Drift away hearing tales of distant peoples and places. 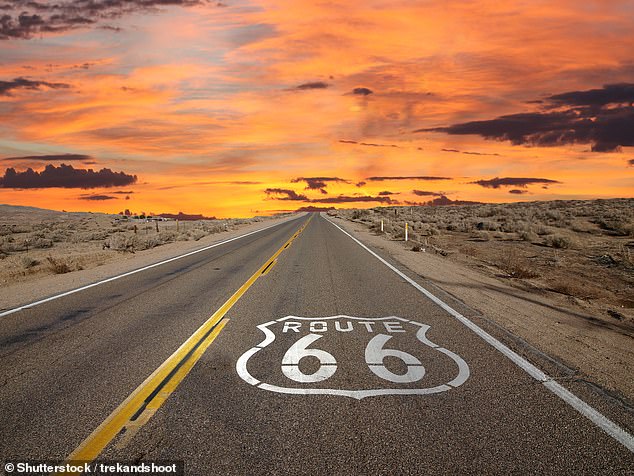 You can start building a bespoke holiday brochure with Titan Travel. The company is planning some 200 tours in 2021, including a 17-day escorted tour along America’s Route 66

Back at home, dozens of holiday secrets are revealed in the latest edition of Cool Camping Britain, published this week. Researchers have tracked down 80 new sites among old favourites. Unexpected gems include an ‘off-grid Eden’ just five miles from the M25 and a tiny site amid a wildflower meadow in Wales. Support your local bookshop by ordering the £16.95 guide there, or get it from coolcamping.com.

Wherever you hope to camp, tour or trek, be ready for (almost) anything with the latest kit from specialist clothing brand Craghoppers. The Manchester-based company tests its range in deserts and mountains around the world.

It features innovative shorts, shirts, trousers and more that block out UV light and include anti-insect properties that stay strong through dozens of washes. Or keep warm while feeling good in one of the firm’s fleeces that are made from recycled water bottles.