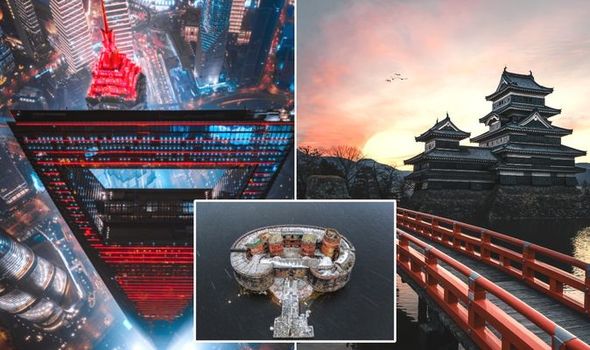 Architecture often inspires keen photographers, both amateur and professional. Now some of the most fascinating and impressive architecture in the world has been highlighted in a new photo competition. Free-to-use photography app Agora’s #Architecture2020 contest saw photographers submit their best shots of unique and outstanding architecture for a chance to win $1,000. Here are just some of the best.

The Golden Bridge in Vietnam was constructed in 2018 and is set into the mountain. It looks as though it is held up by a pair of huge stone hands.

It was designed to connect the cable car station with the gardens and to provide a scenic overlook and tourist attraction.

“The Golden Bridge has been built at around 1,400 meters above sea level,” said Agora user and winner @trantuanviet.

“It is divided into eight spans (the longest one is equal to 20m), with a total length of 148,6 meters. This impressive architecture work has the peculiarity of being held by two giant concrete hands, representing the Mountain God’s hands. 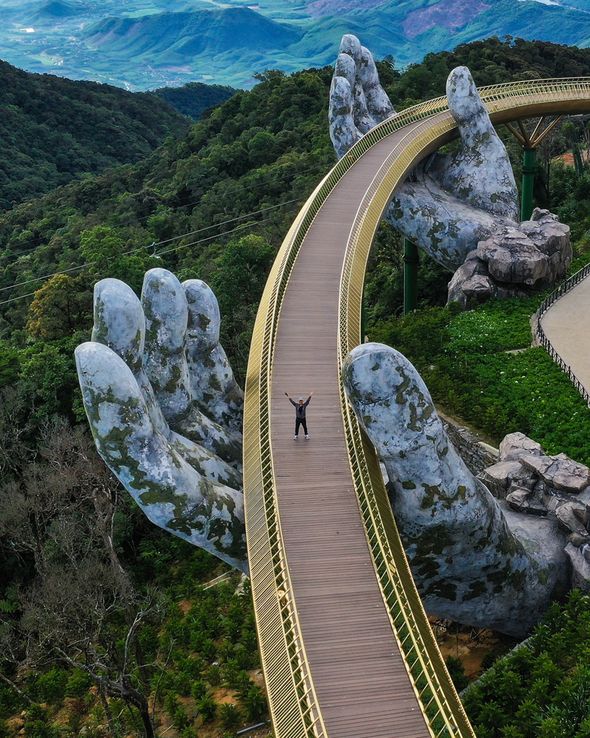 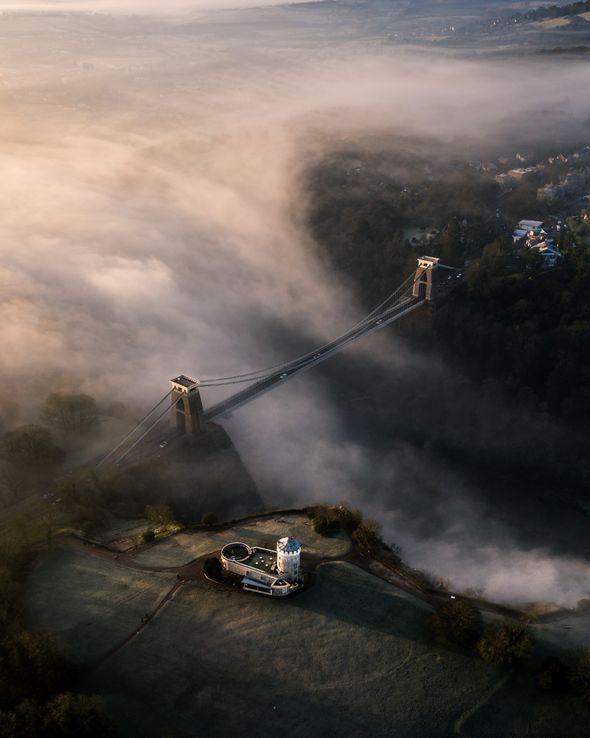 The bridge spans the Avon Gorge and the River Avon, linking Clifton in Bristol to Leigh Woods in North Somerset. It opened in 1864.

“Once or twice a year the weather conditions produce this amazing scene of the fog passing under the suspension bridge,’ said Agora user and finalist @tom.bridges.

“I’ve lived next to this bridge for two years but I never managed to capture the image. Within a month from moving house, and living over an hour away the conditions looked to align. So I travelled down three days in a row and on the final day managed to get it!”

Quarry Bay is an area beneath Mount Parker in the Eastern District of Hong Kong Island.

“’Dense’ is the word I’d use to describe Hong Kong’s architecture,” said photographer @_kennyc_ . “Its skyline, bustling streets, night markets… all so incredibly dense. It’s a beautiful display of contemporary architecture where both modern and functionalist approaches juxtapose each other.

“While Hong Kong’s sci-fi-like cityscape is a spectacle to behold (especially during ‘A Symphony of Lights’), it’s the older, grittier, and seemingly never-ending look of its apartment blocks that really drew my attention. These older, functionalist style buildings can be found all around the city; however, it’s perhaps best found in the Quarry Bay area.

“I spent a couple of hours getting lost in this part of the city, getting carried away with the different colours and patterns of all the various buildings. For me, no other picture I took sums up Hong Kong as a city better than this one.” 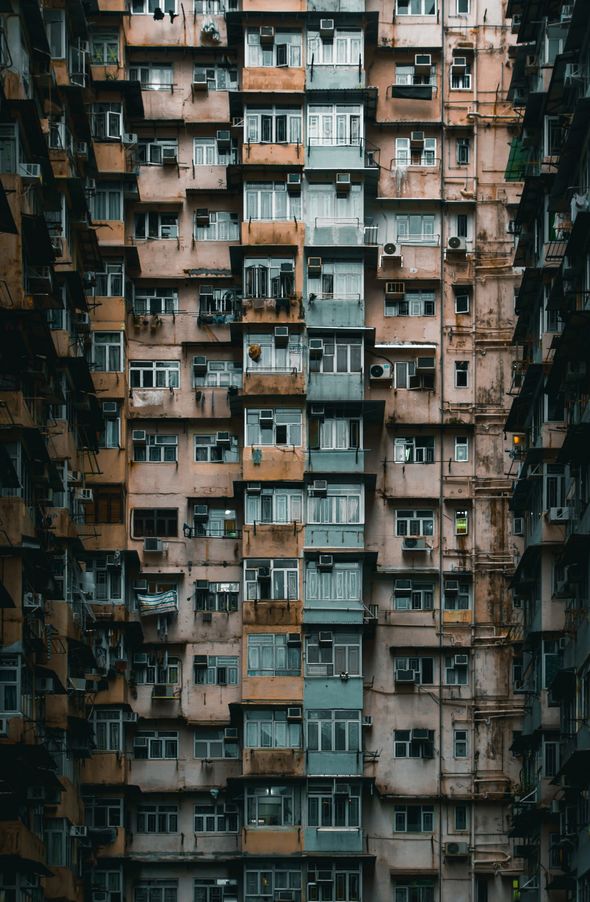 This snap of the Russian capital, taken with a drone, could almost be something out of a science fiction film.

“Low fog sunrises are not so commonly seen in Moscow. I woke up around 3 a.m. and saw the fog outside my window, so I decided it was a good moment to fly my drone,” said Agora finalist @poletaev.photo.

“The fog was very dense, so I didn’t even see the tower itself from my vantage point. But when I took off my drone, I saw this striking picture: a thin sky needle above the sea of fog, with a shadow that makes it endless. It was the best sunrise of that summer. 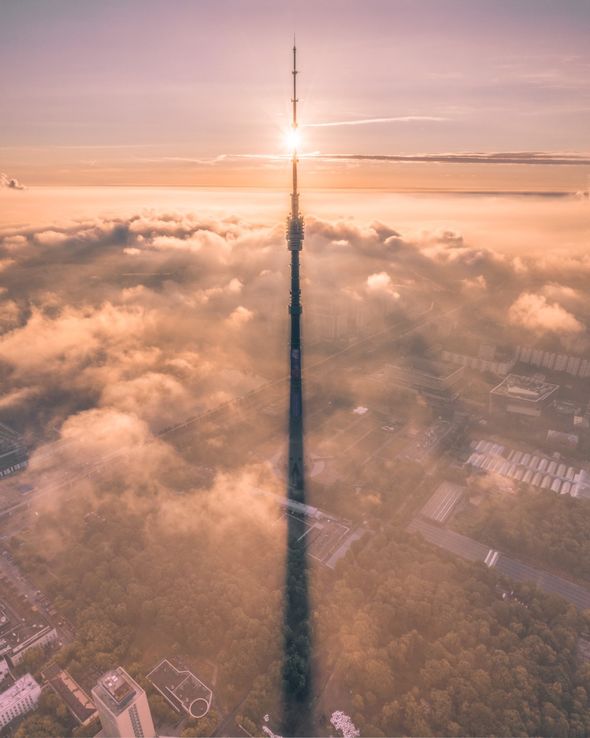 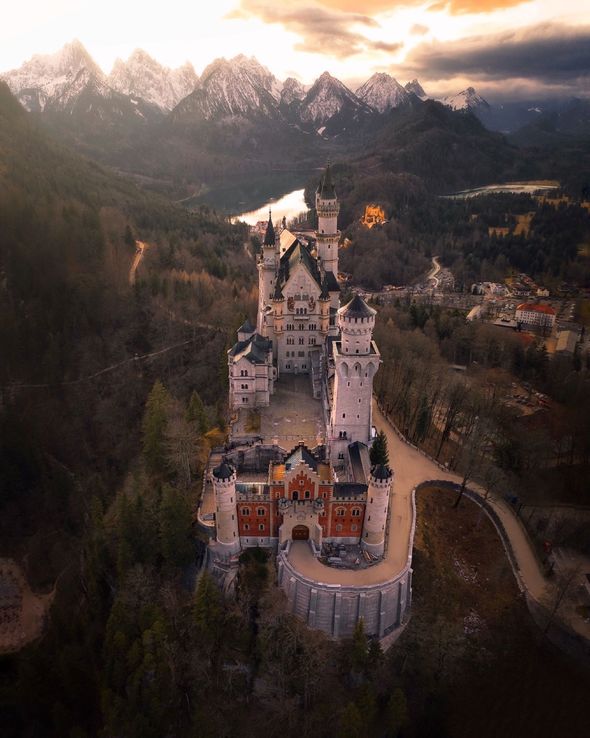 Meanwhile, Neuschwanstein Castle in Schwangau, Germany is reminiscent of a fairytale.

“My hands were frozen because of the freezing wind, but it was all worth seeing such an epic sunset,” said @lucacornago.

“The architecture of this castle is stunning, it reminded me of my childhood and Walt Disney.

“There were a lot of kids when I visited, I still remember the expression of surprise on their faces observing this beautiful castle.”