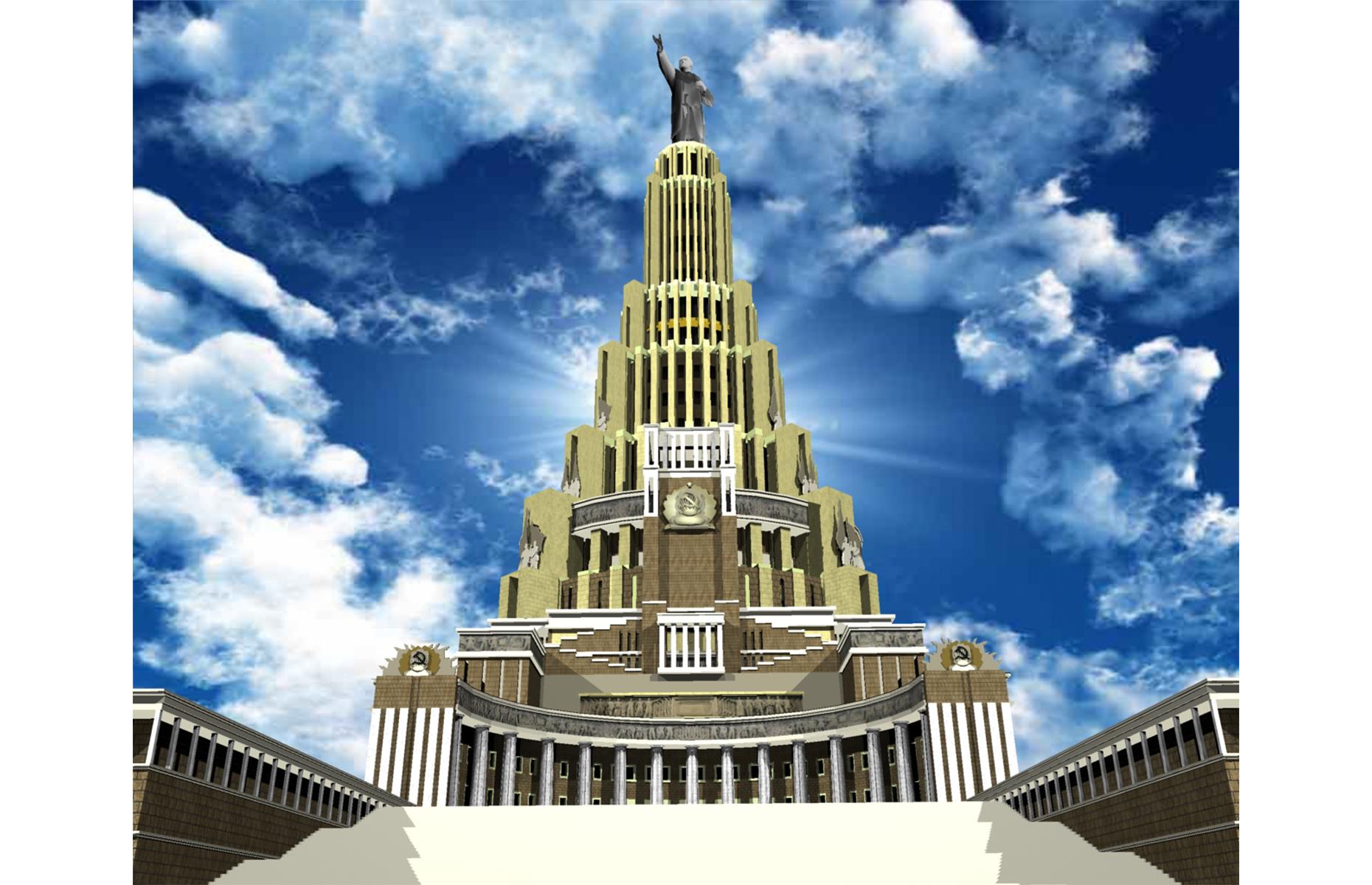 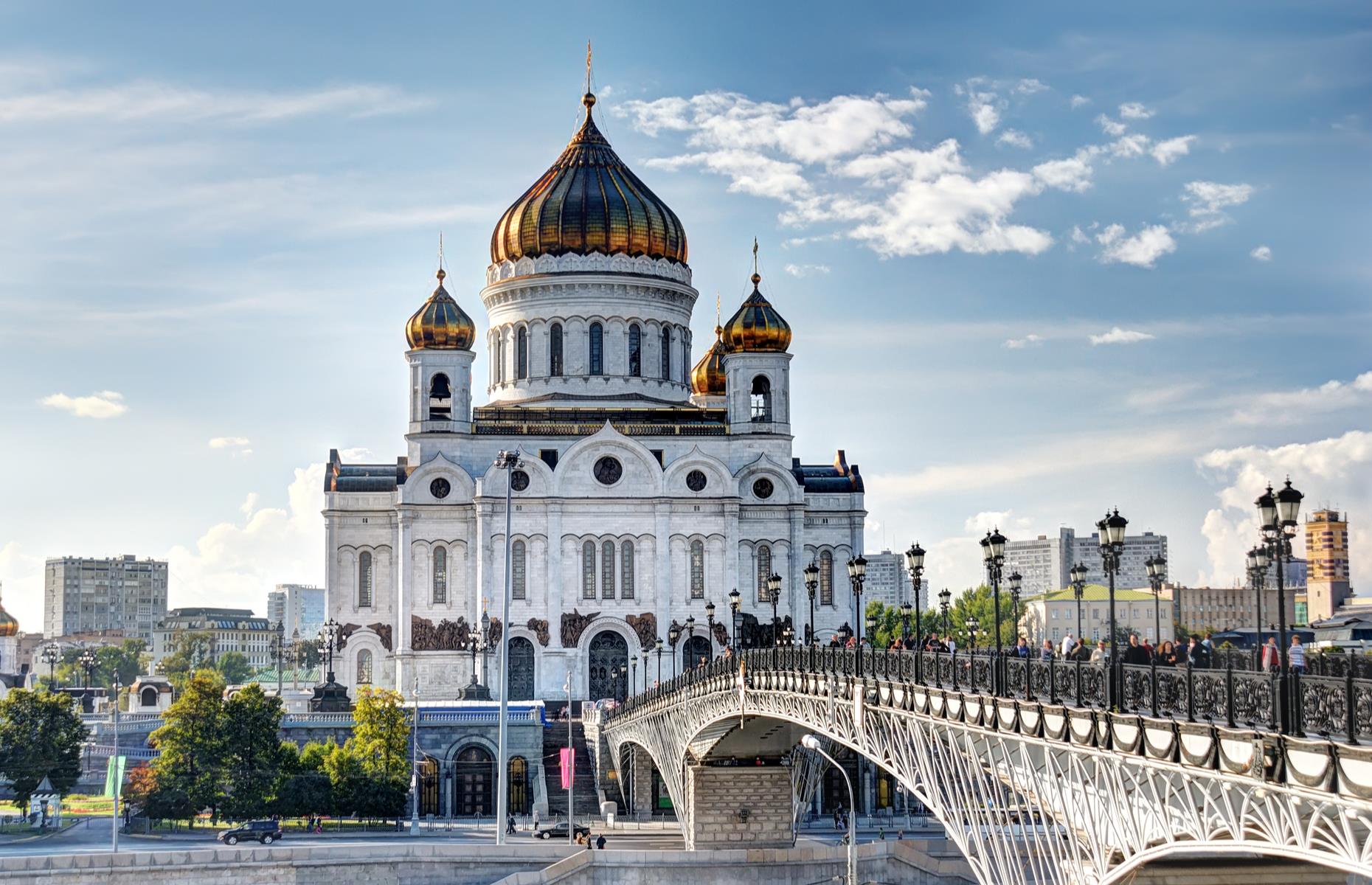 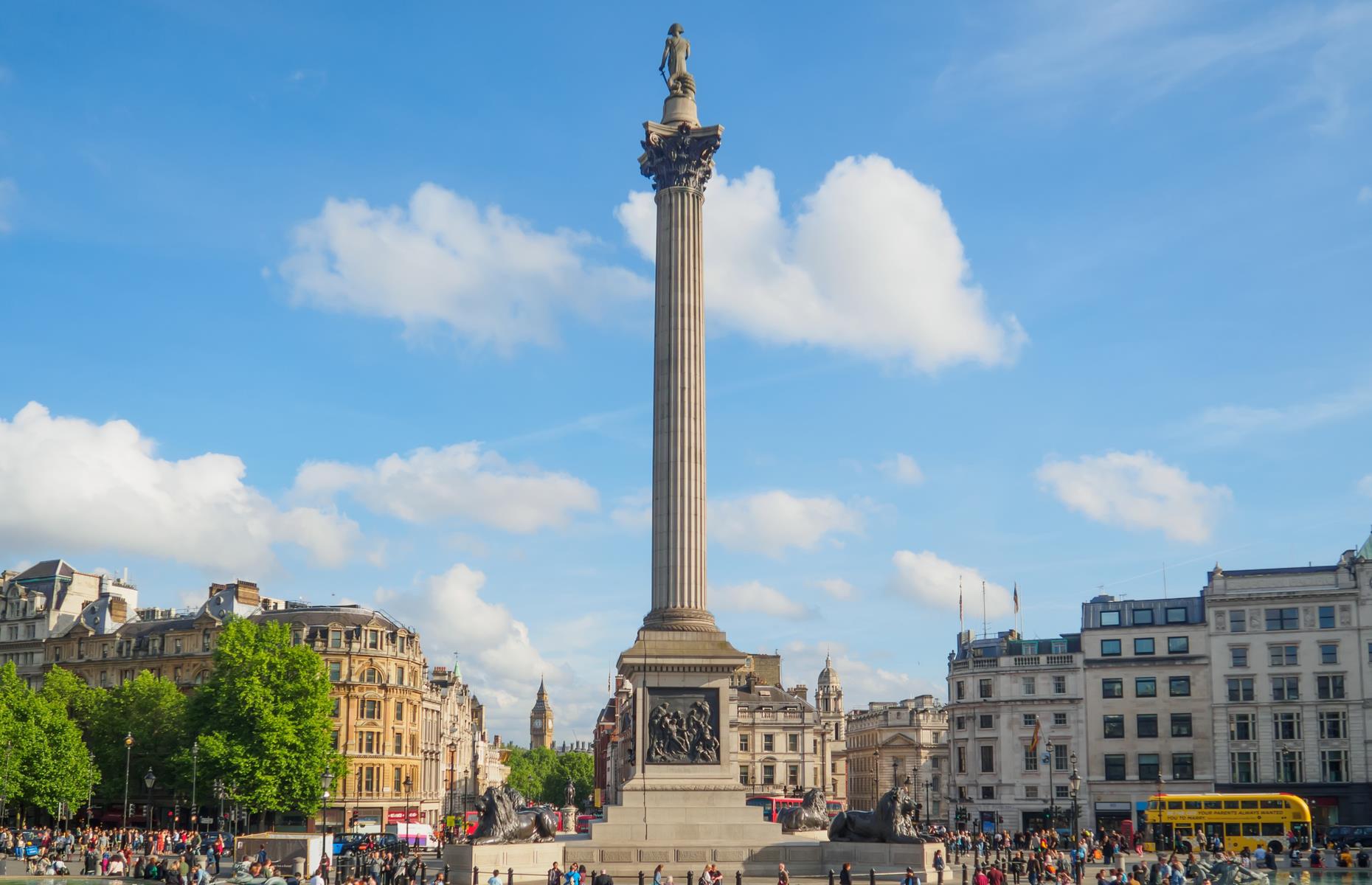 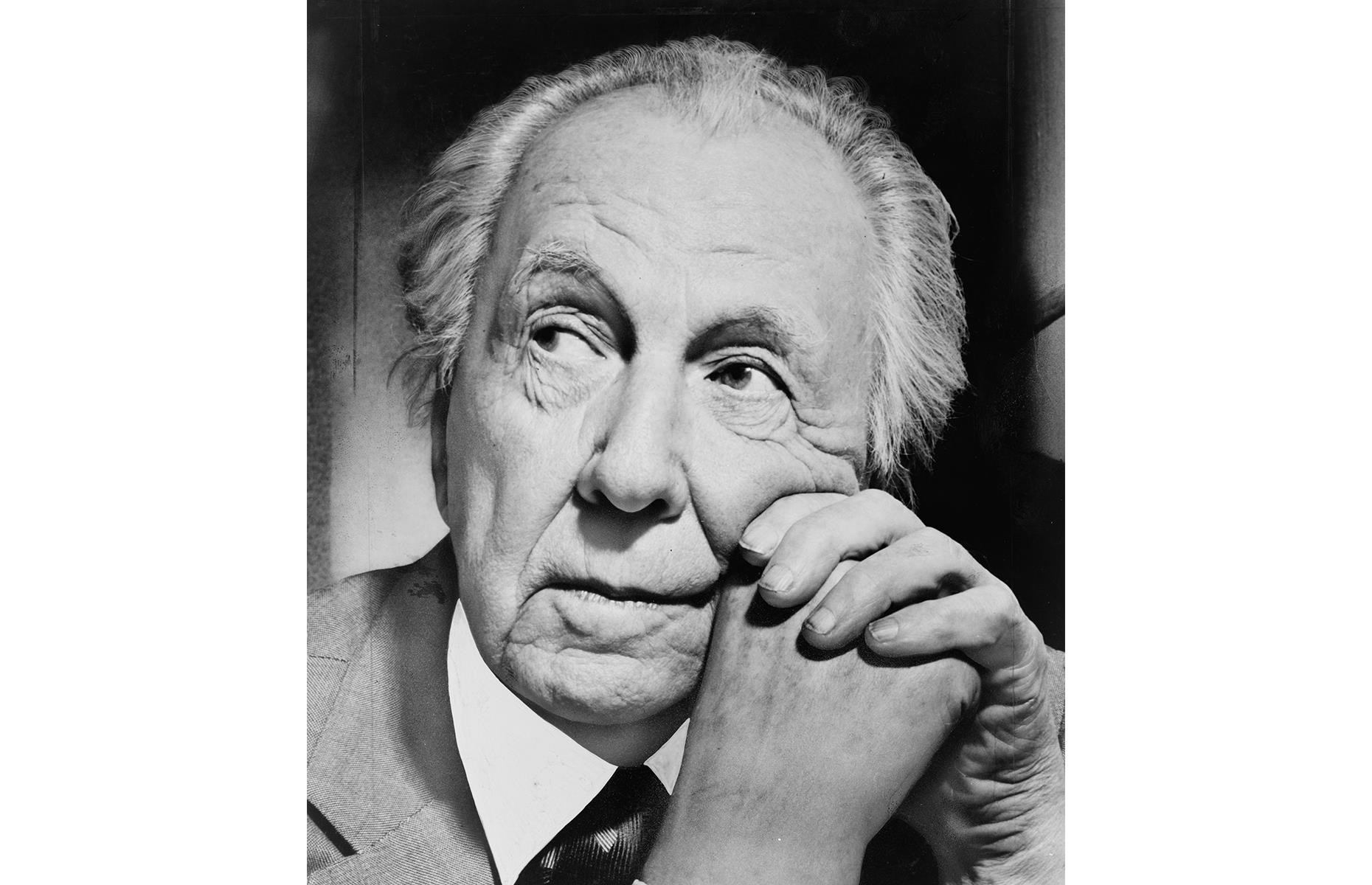 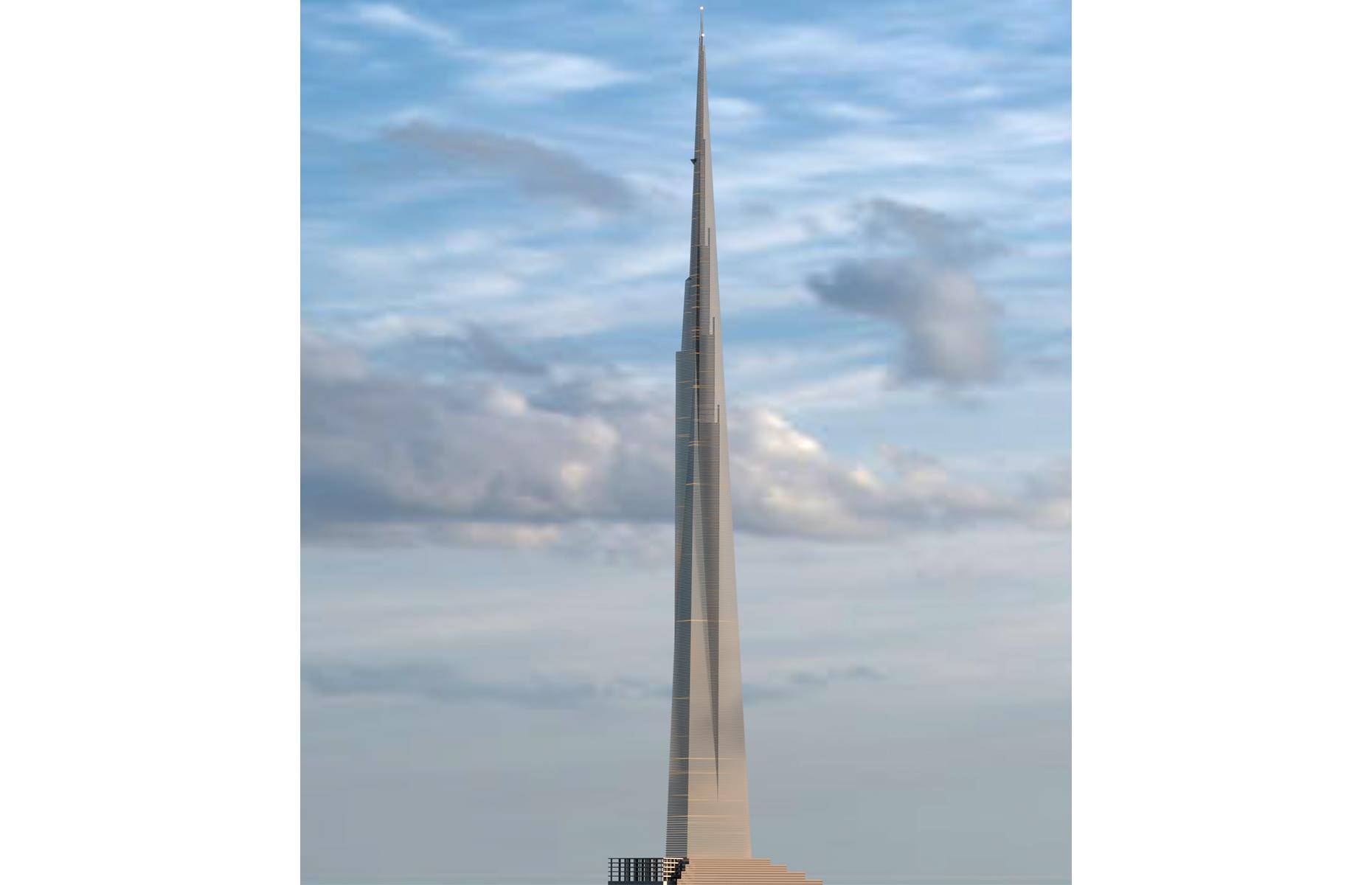 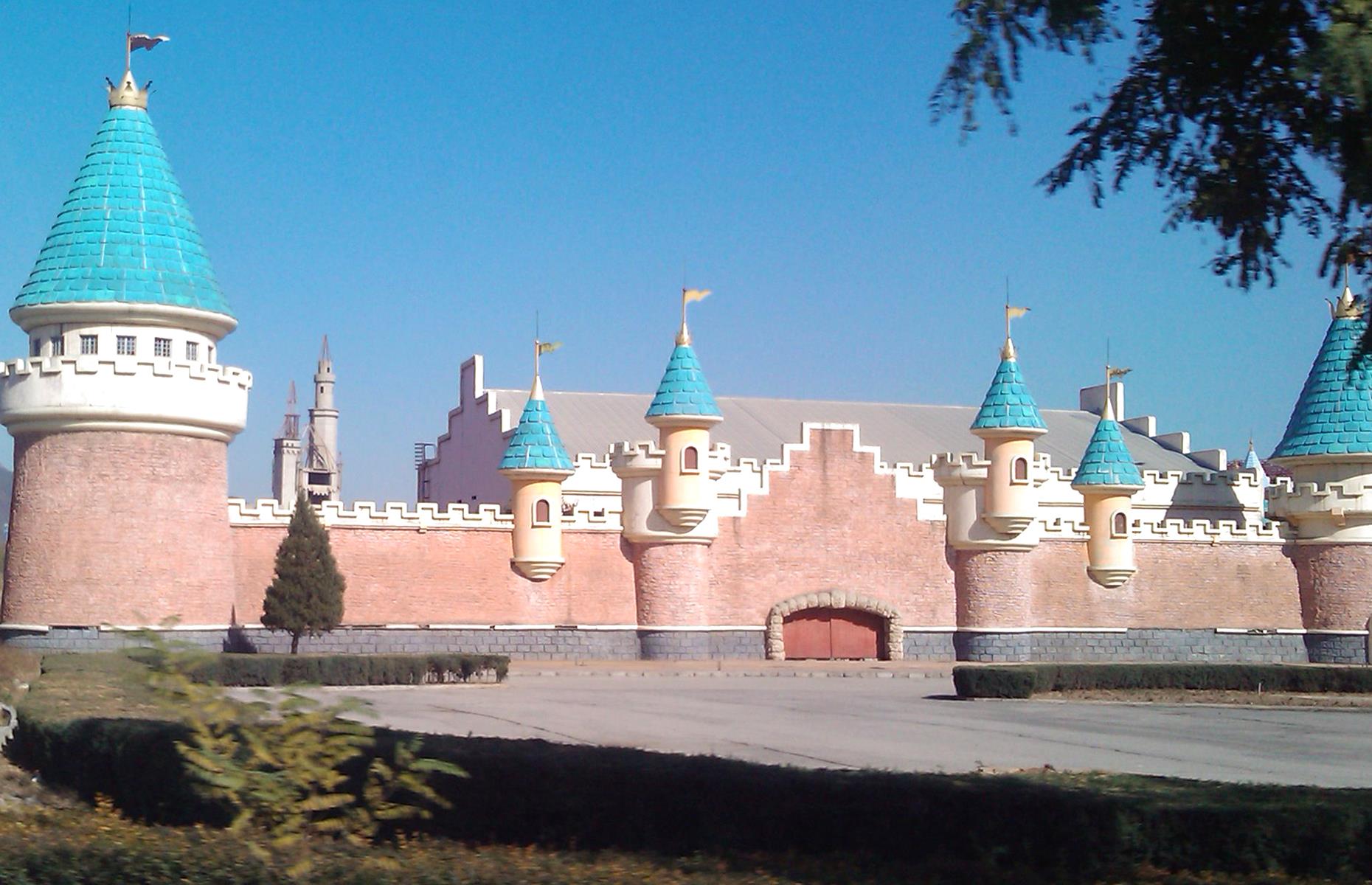 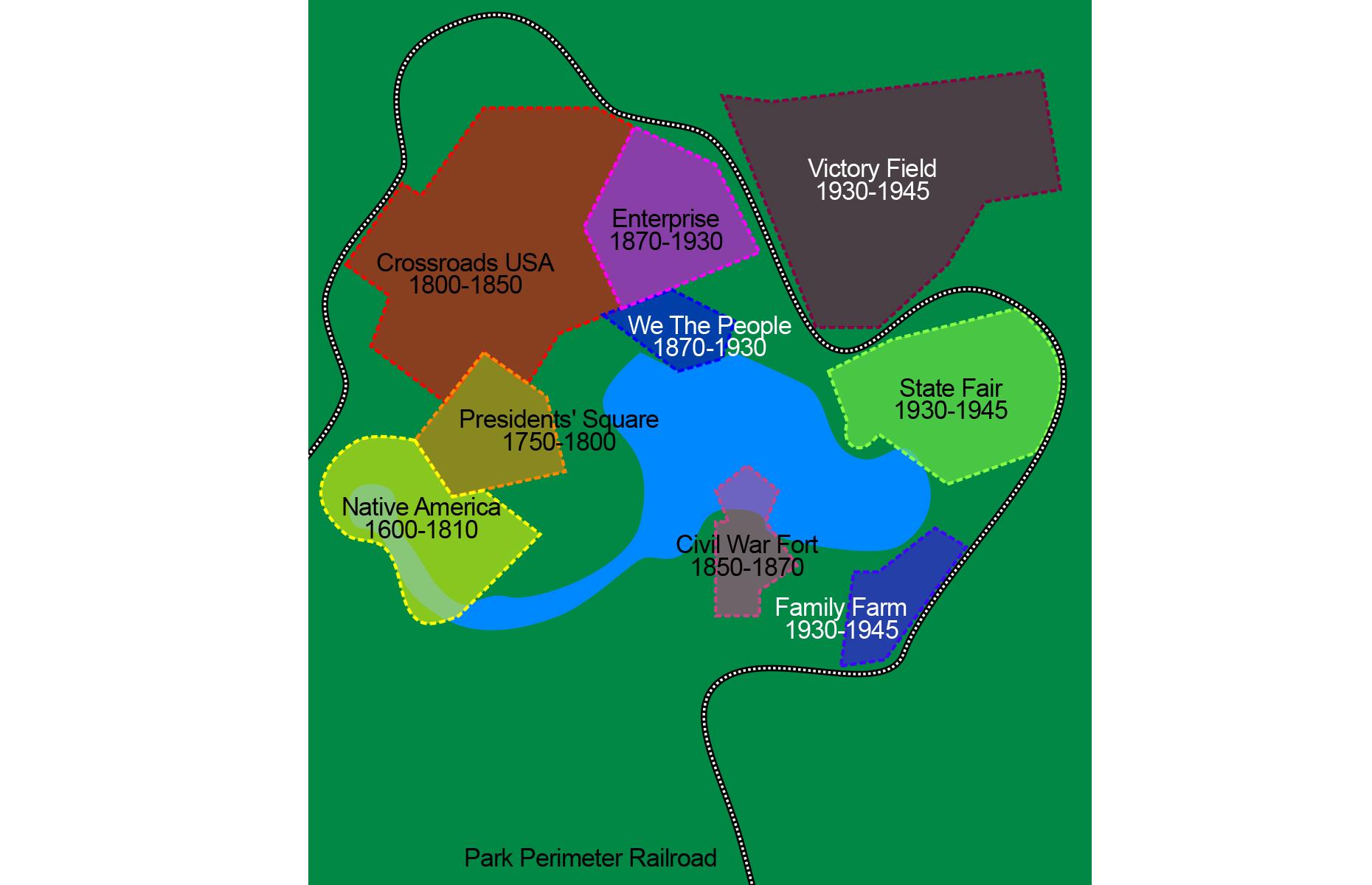 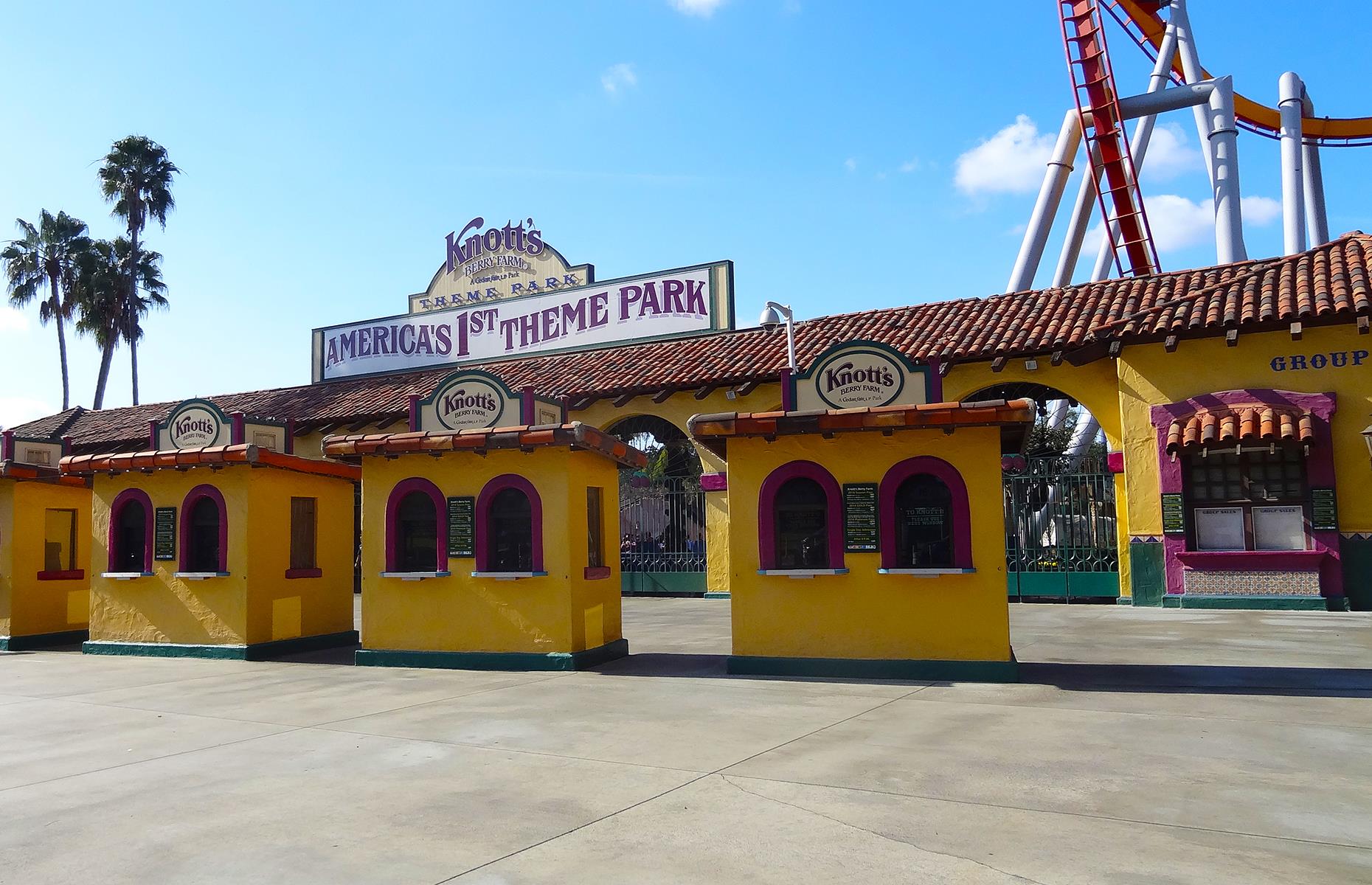 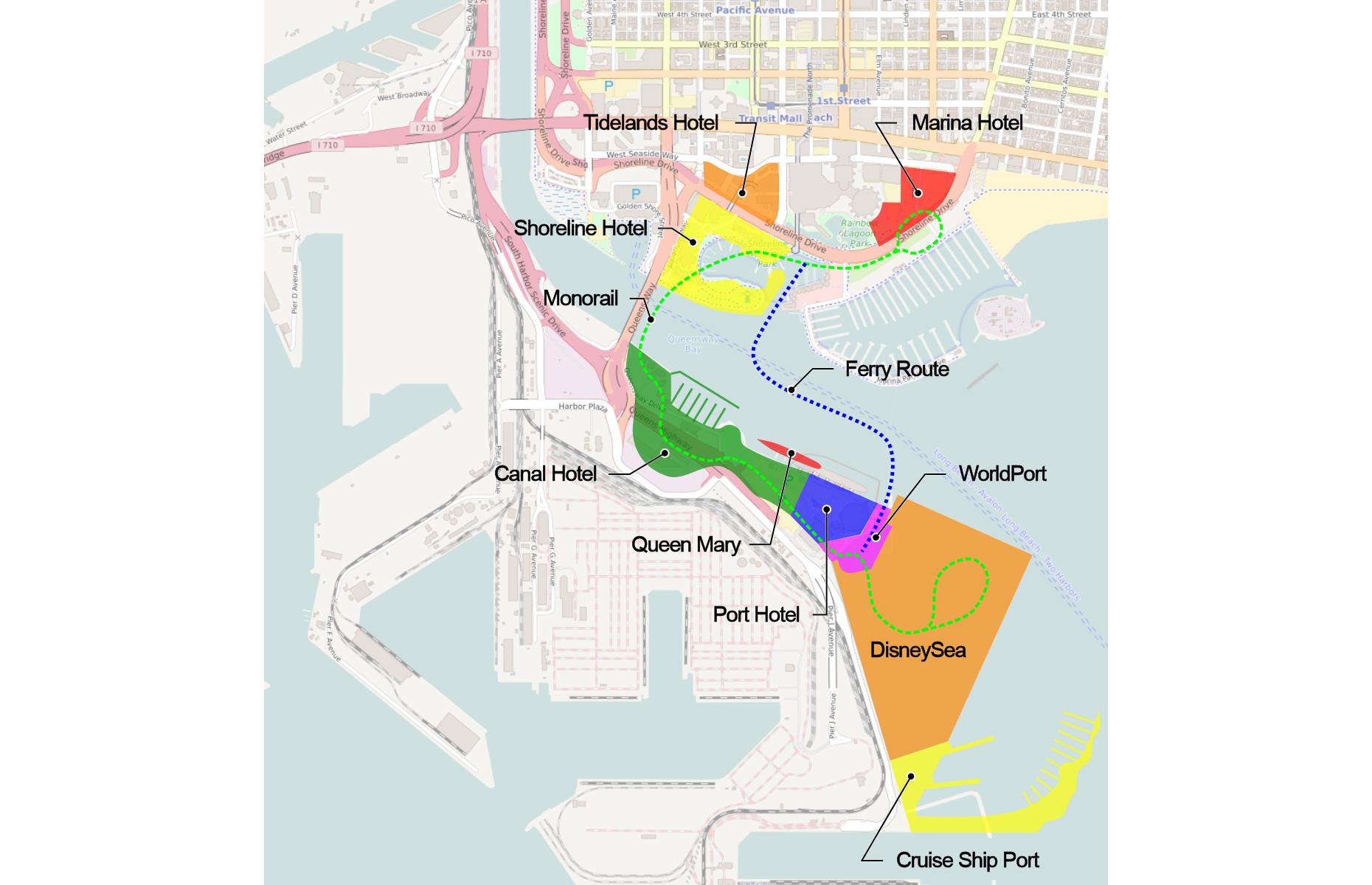 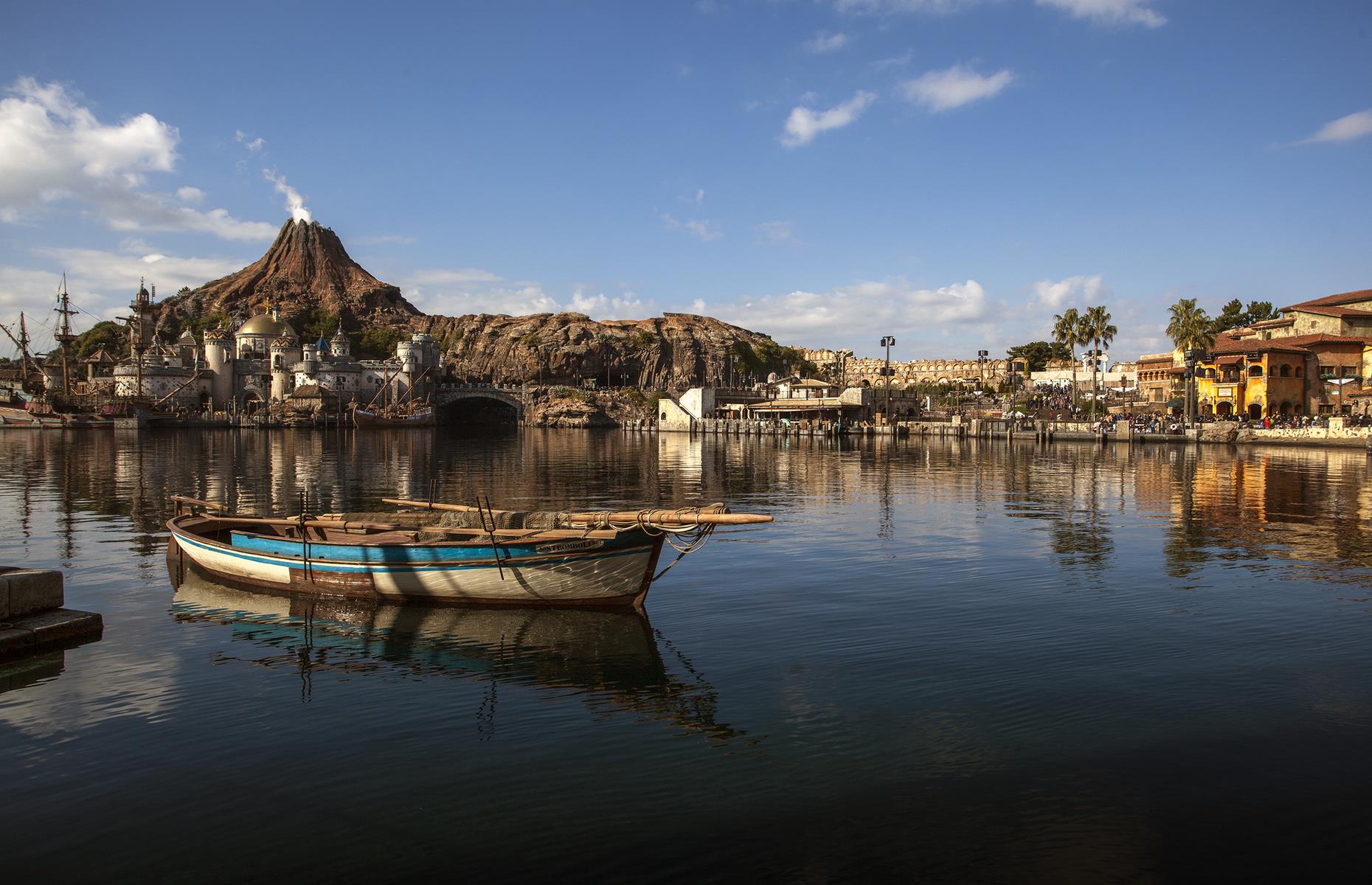 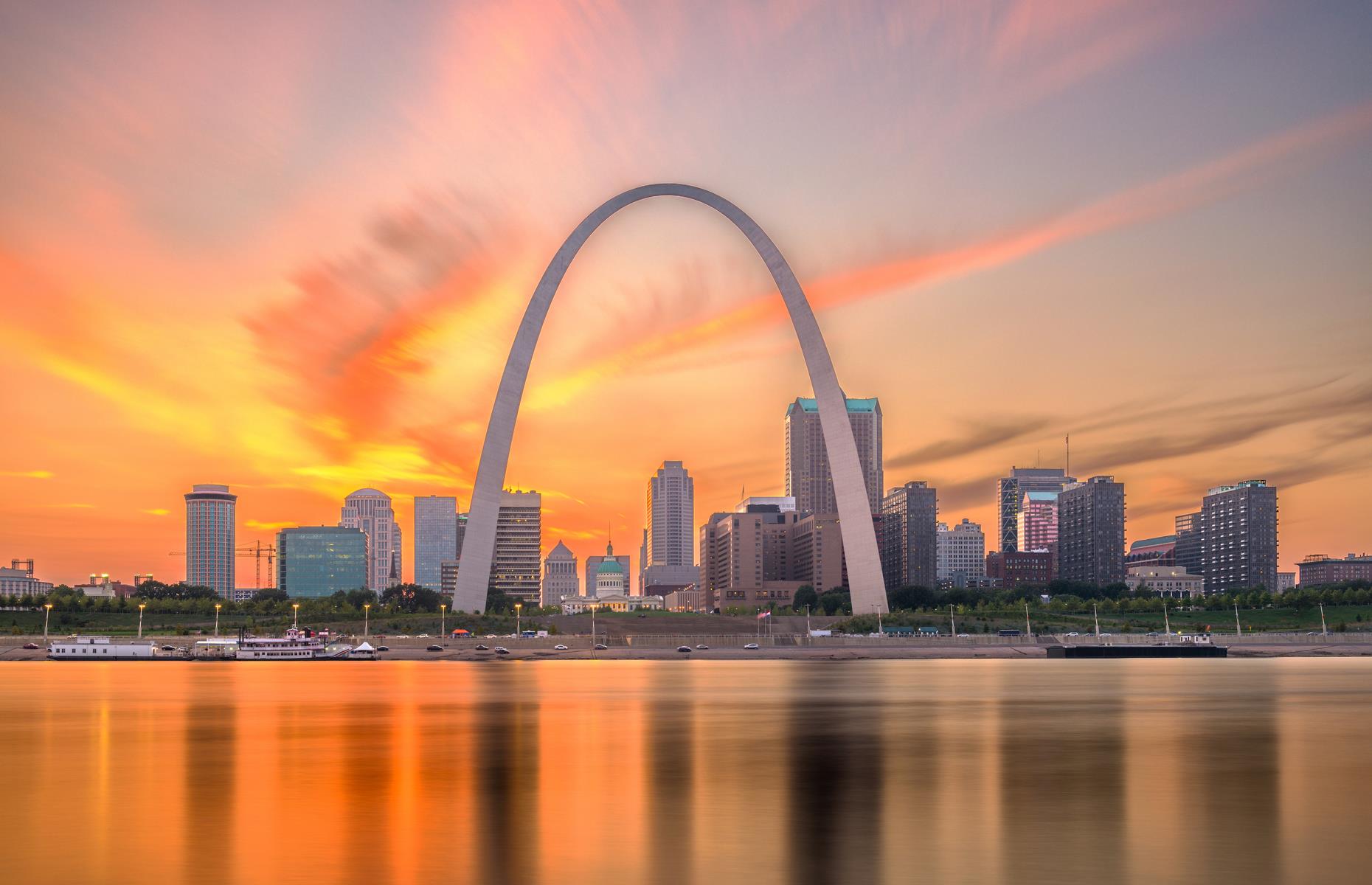 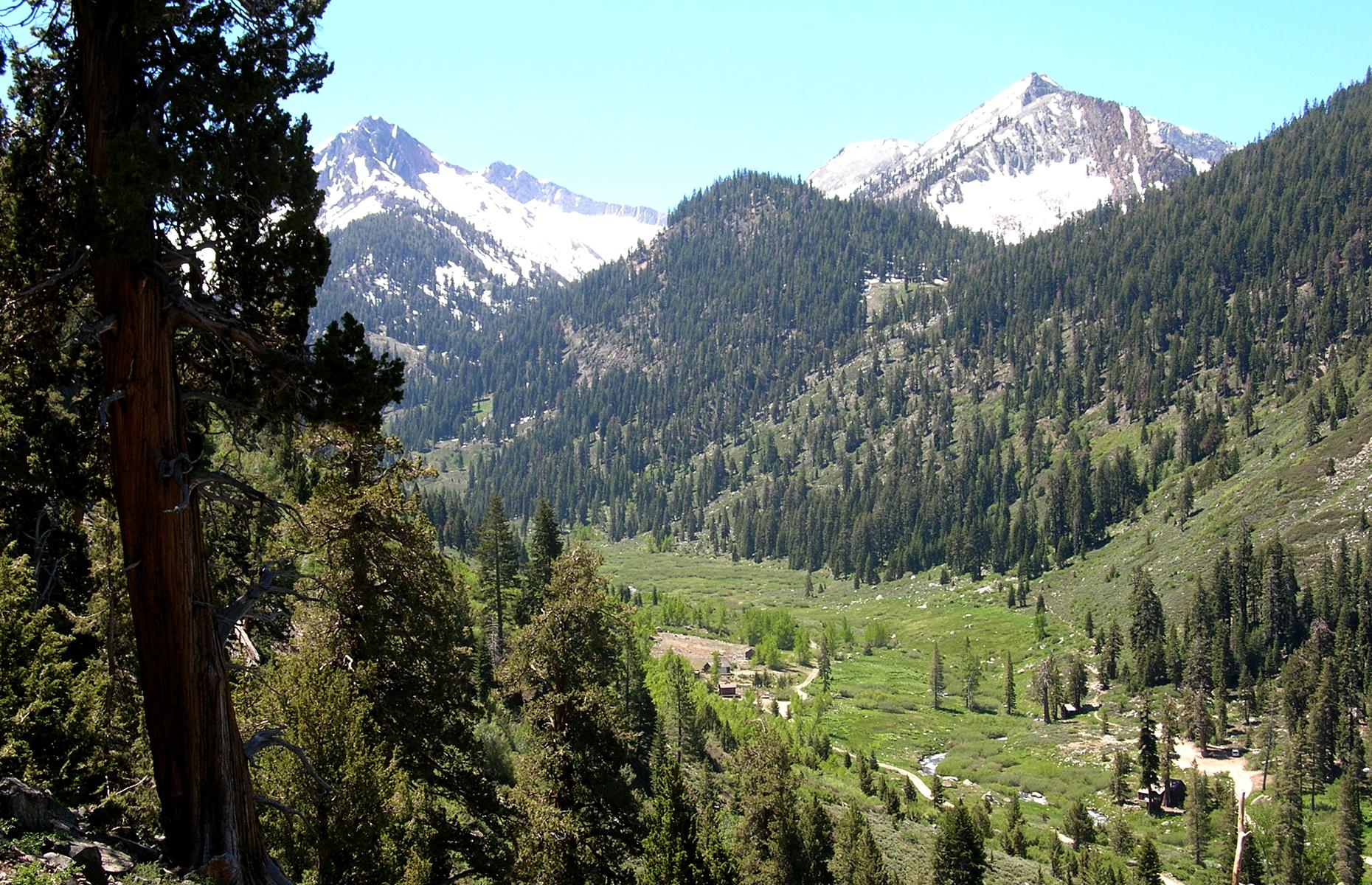 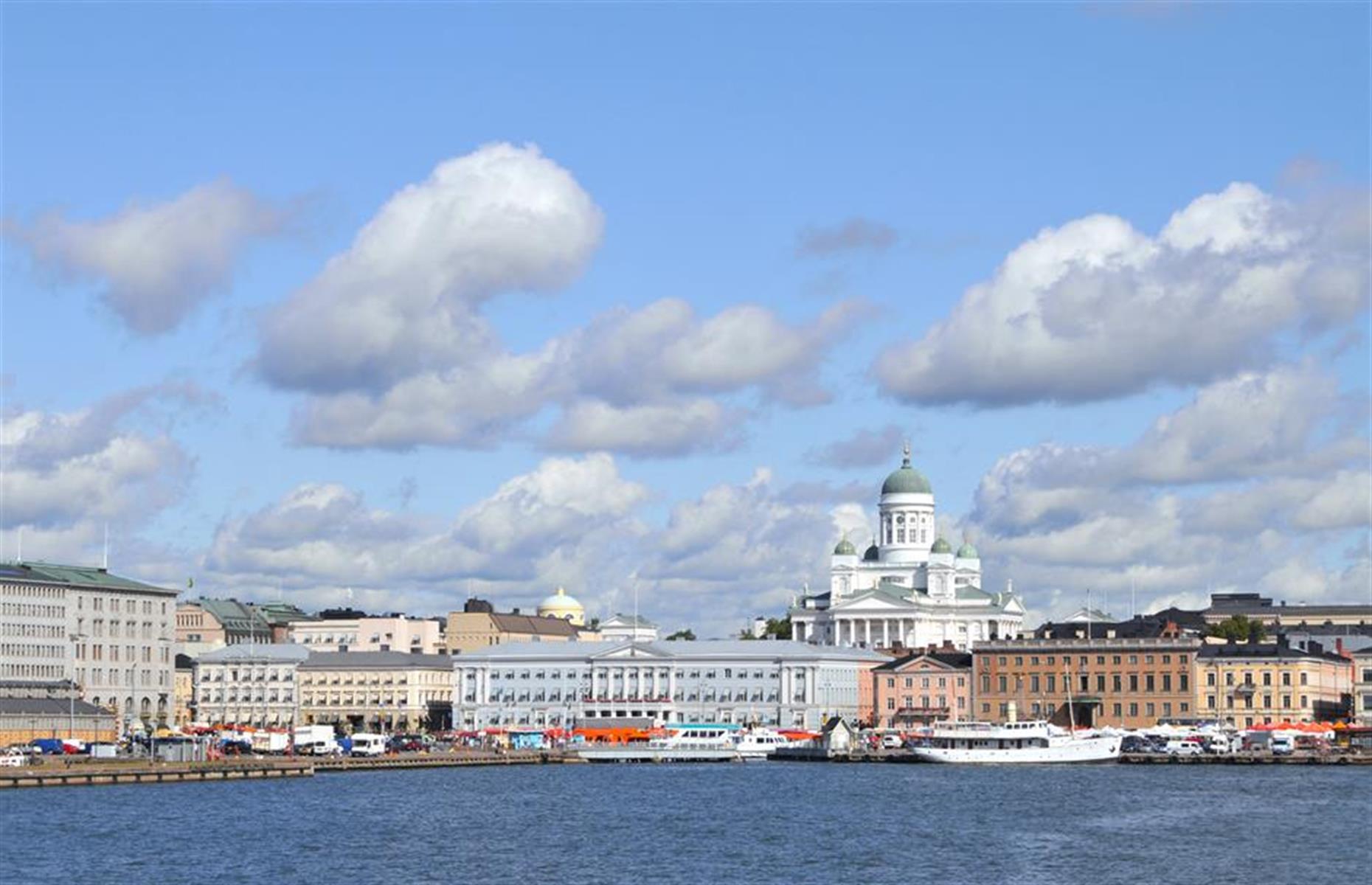 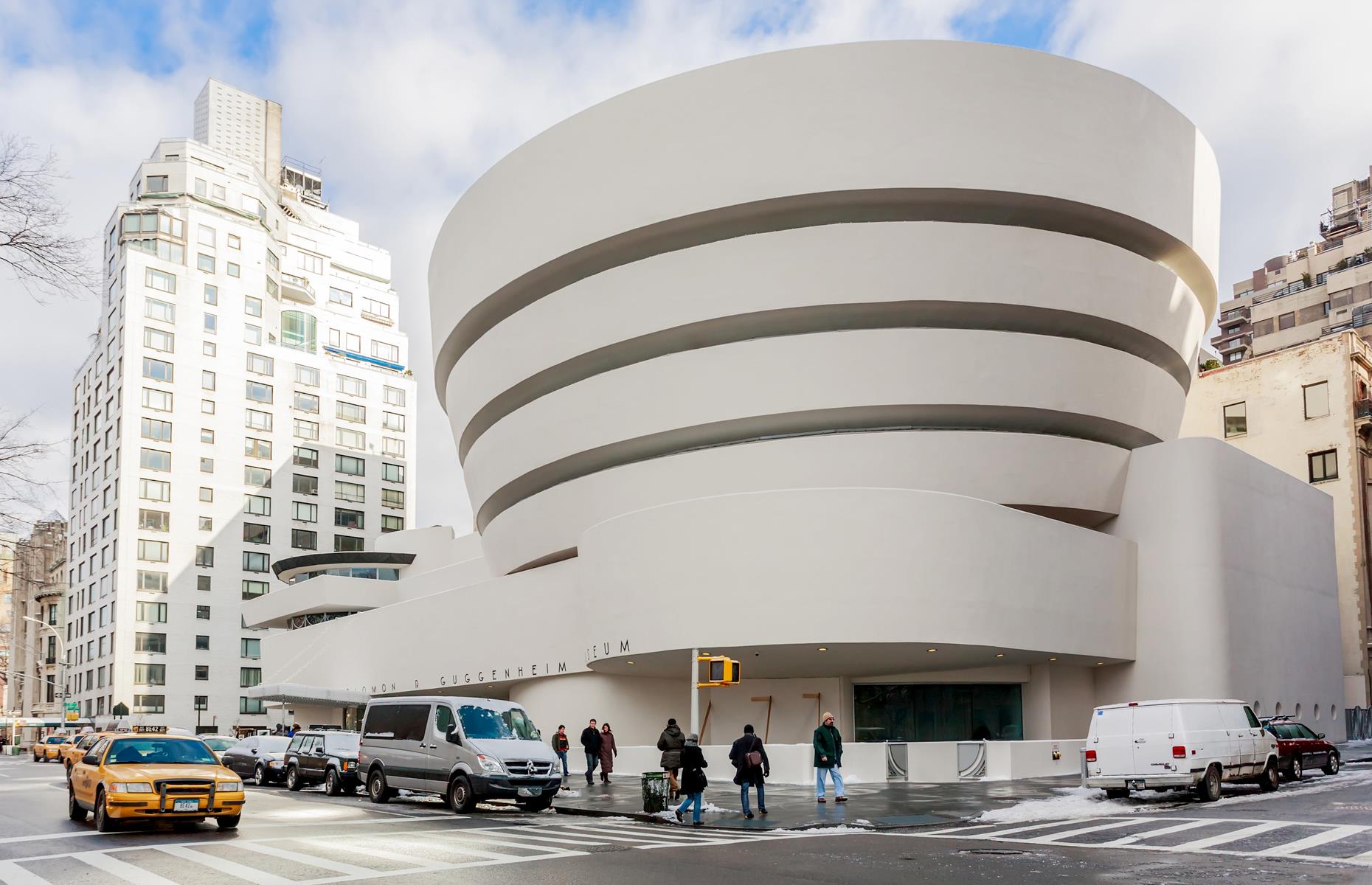 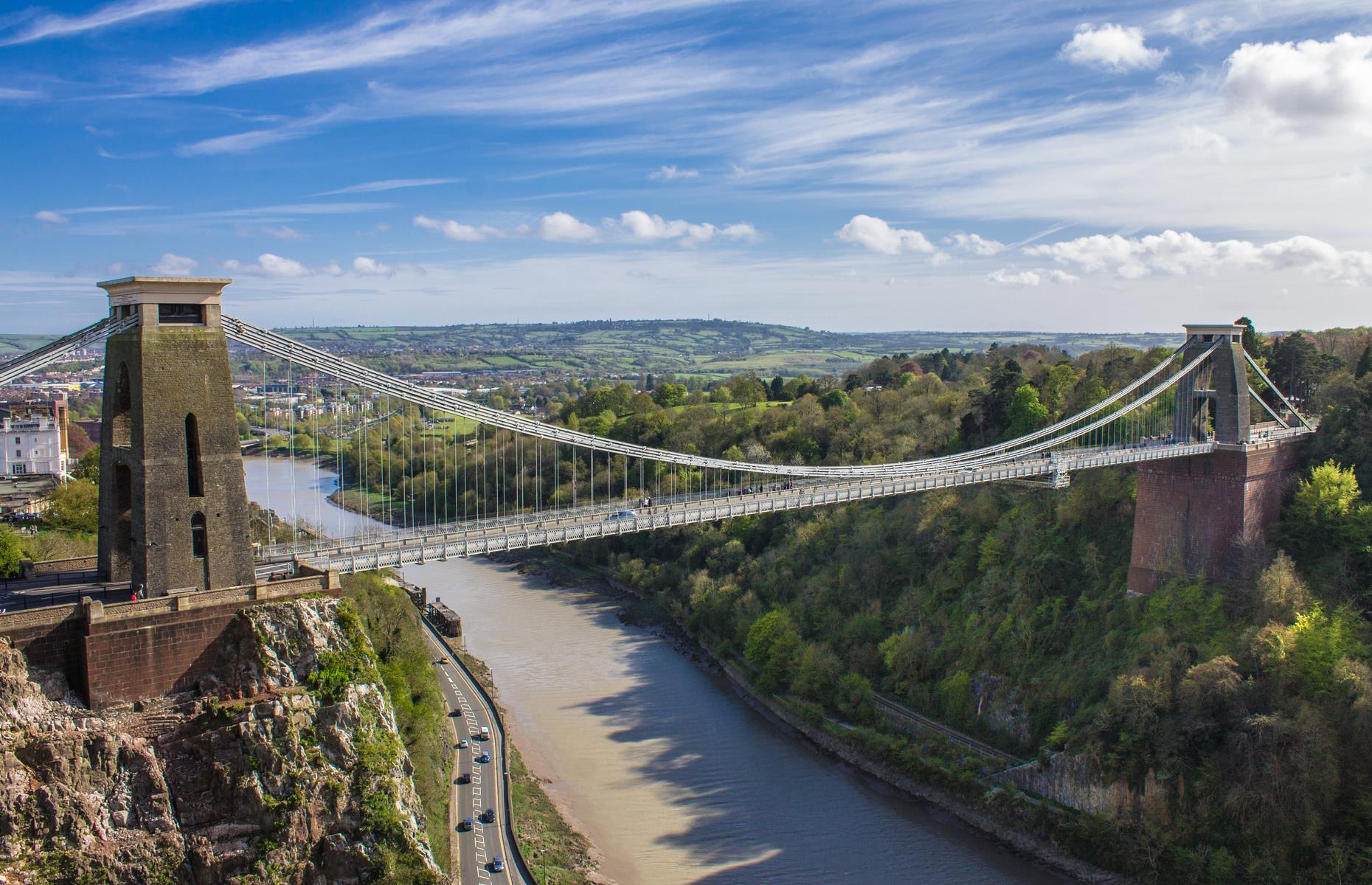 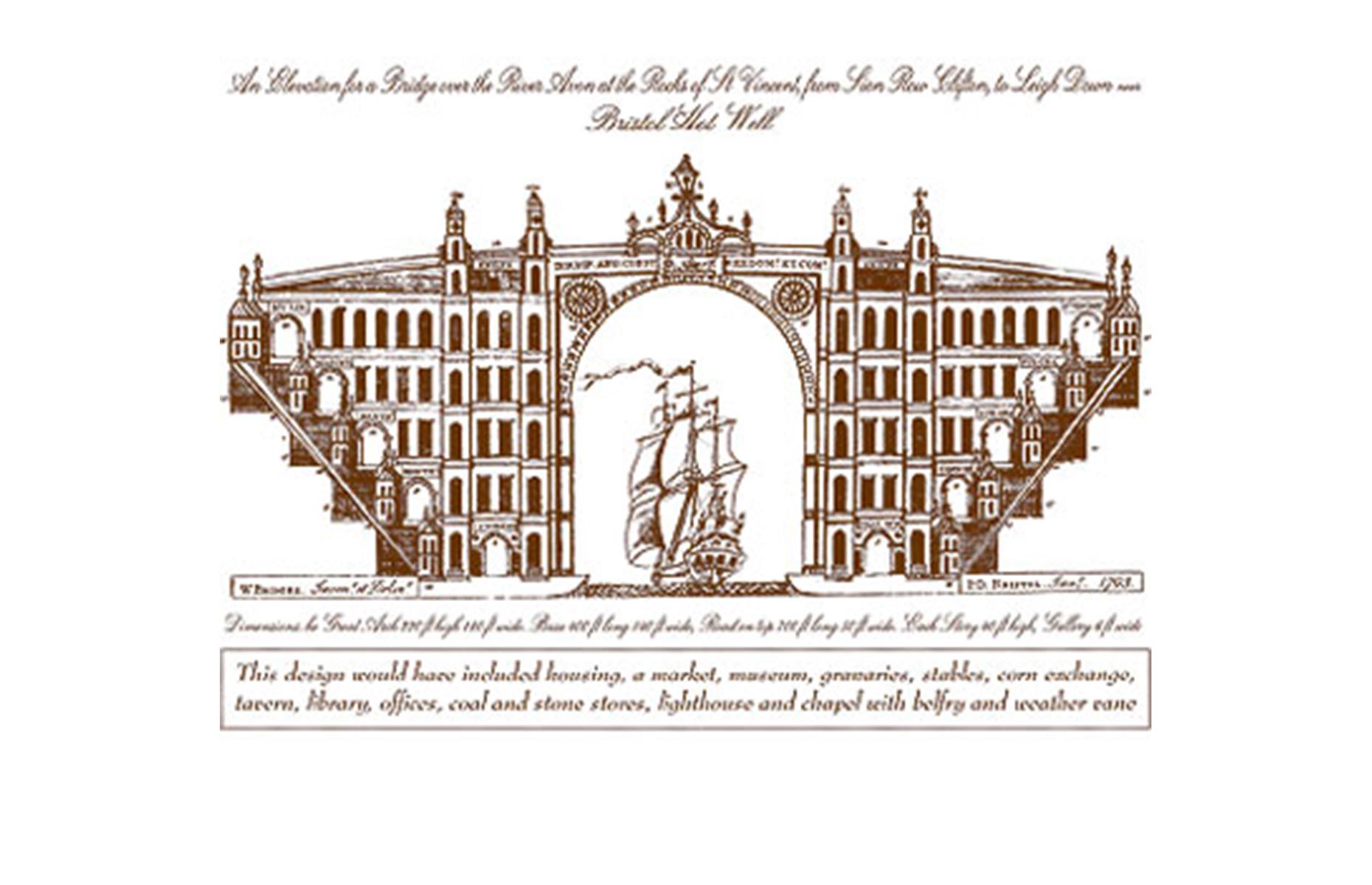 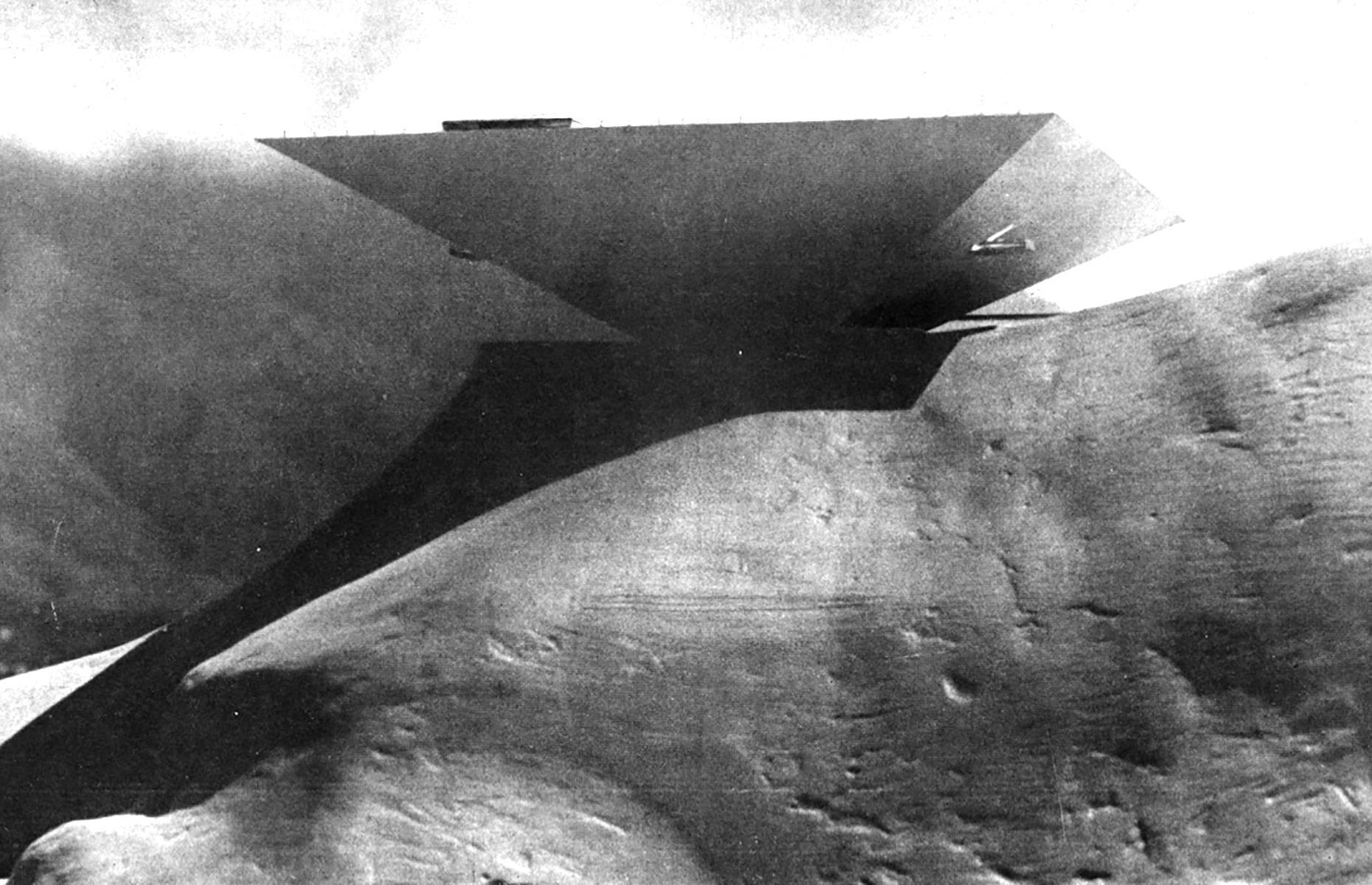 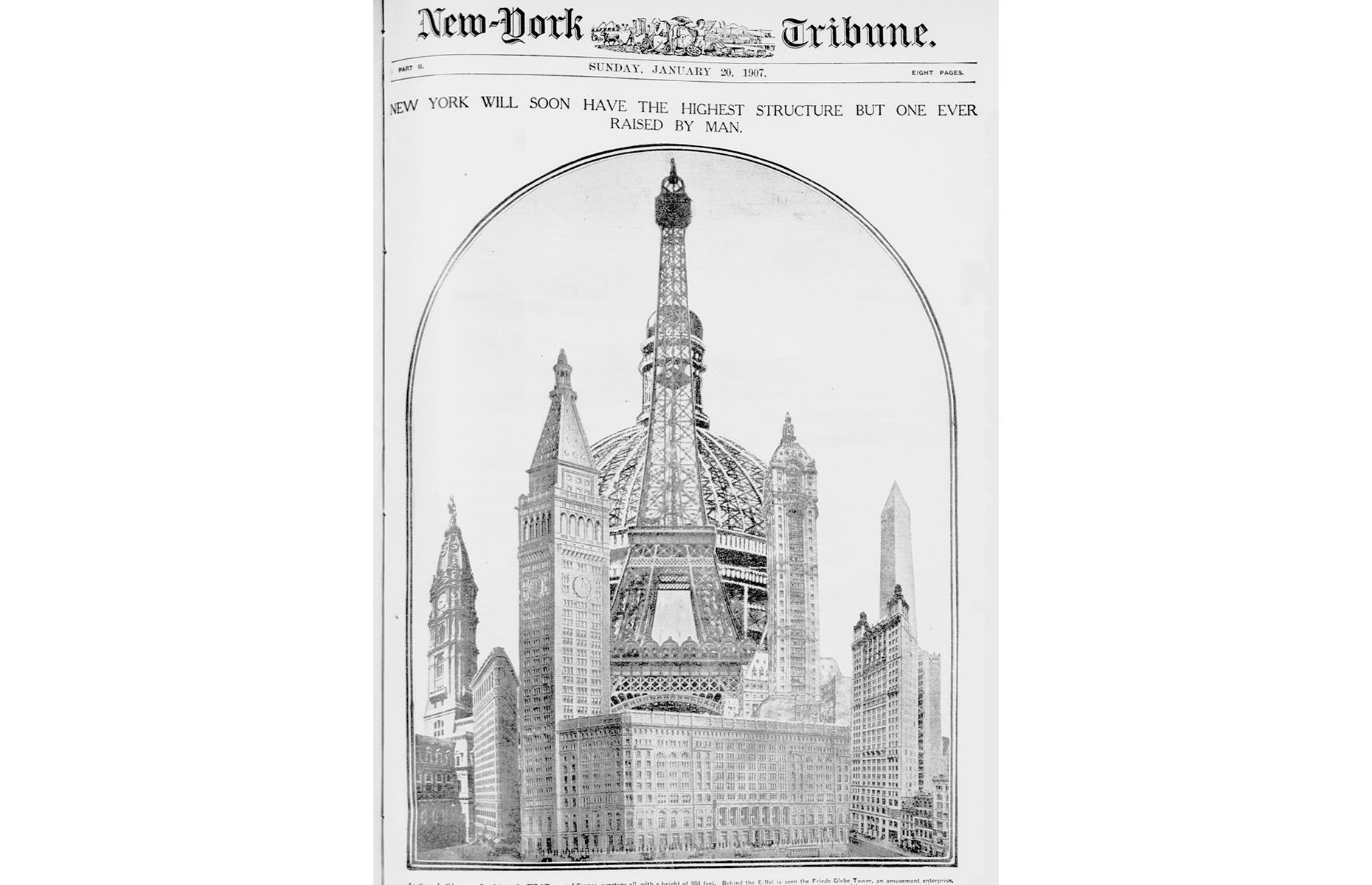 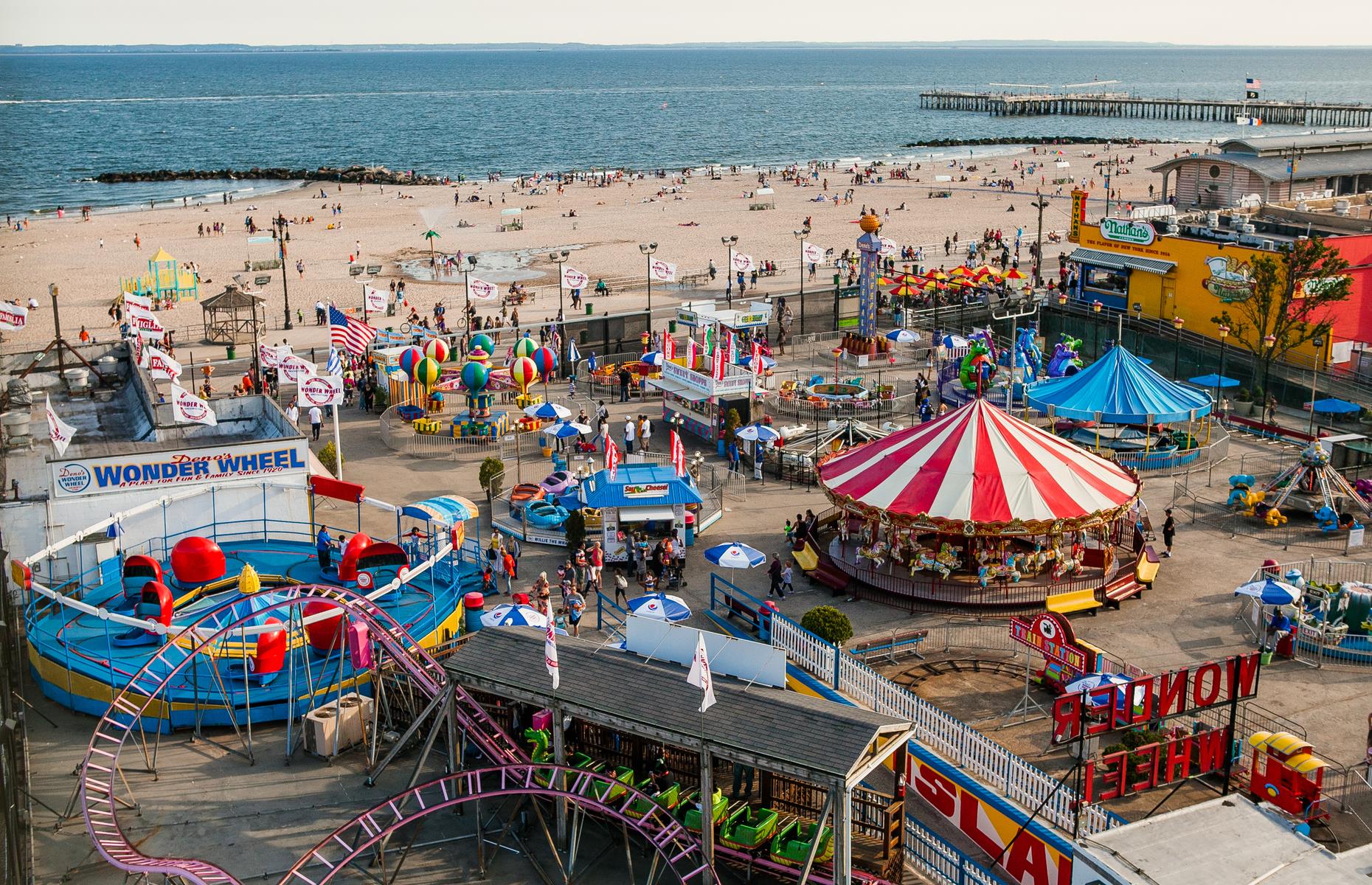 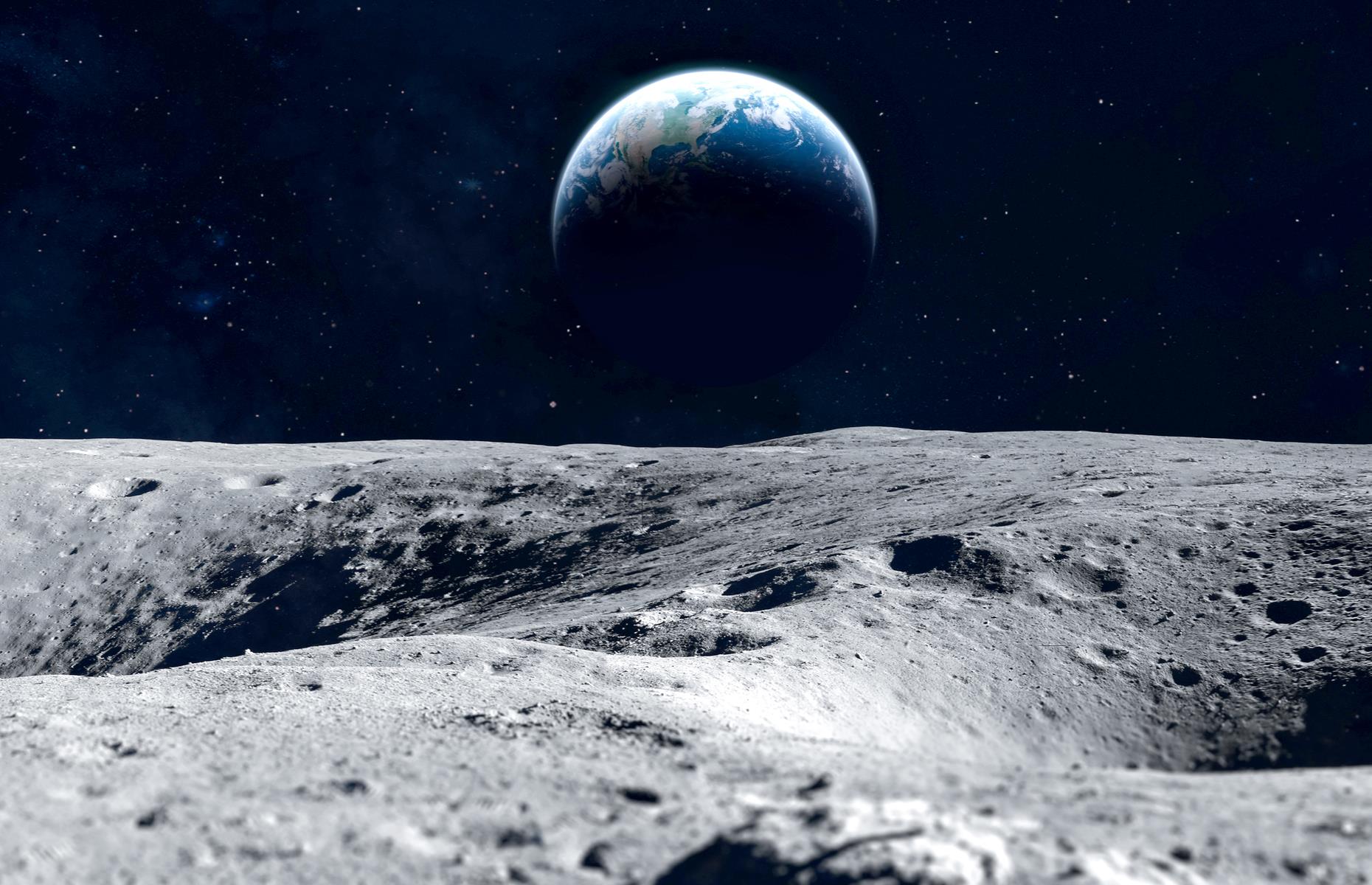 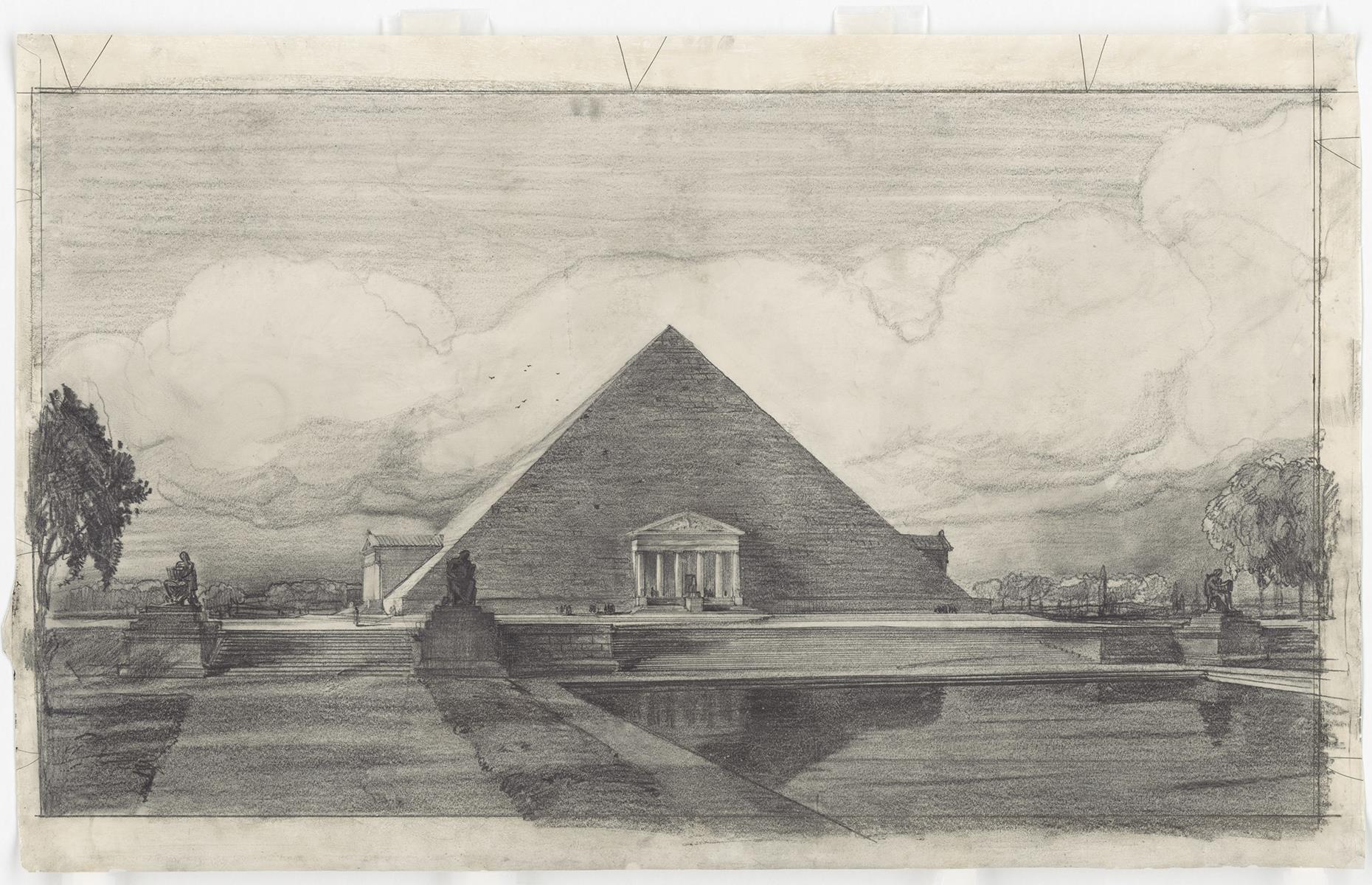 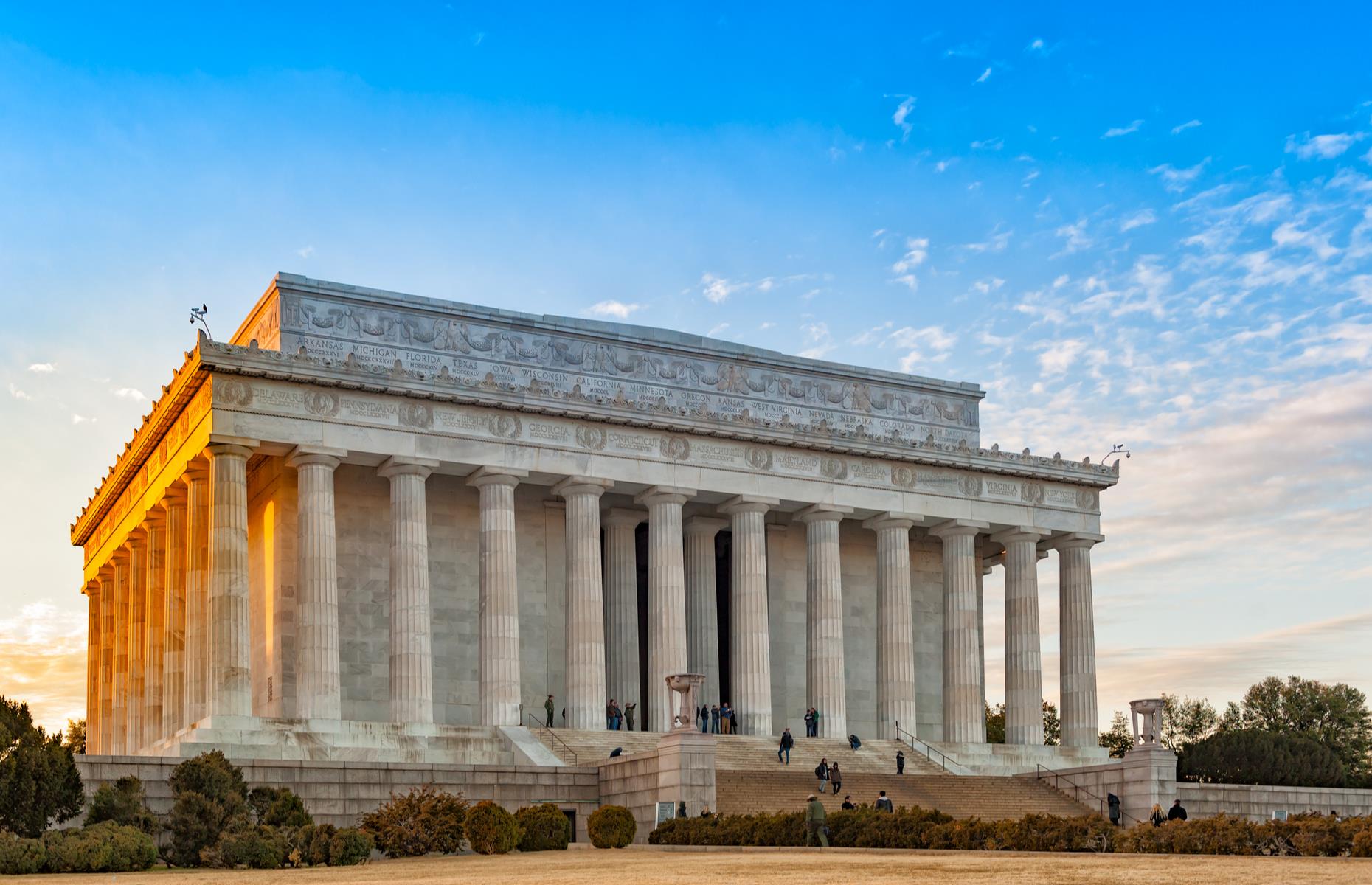 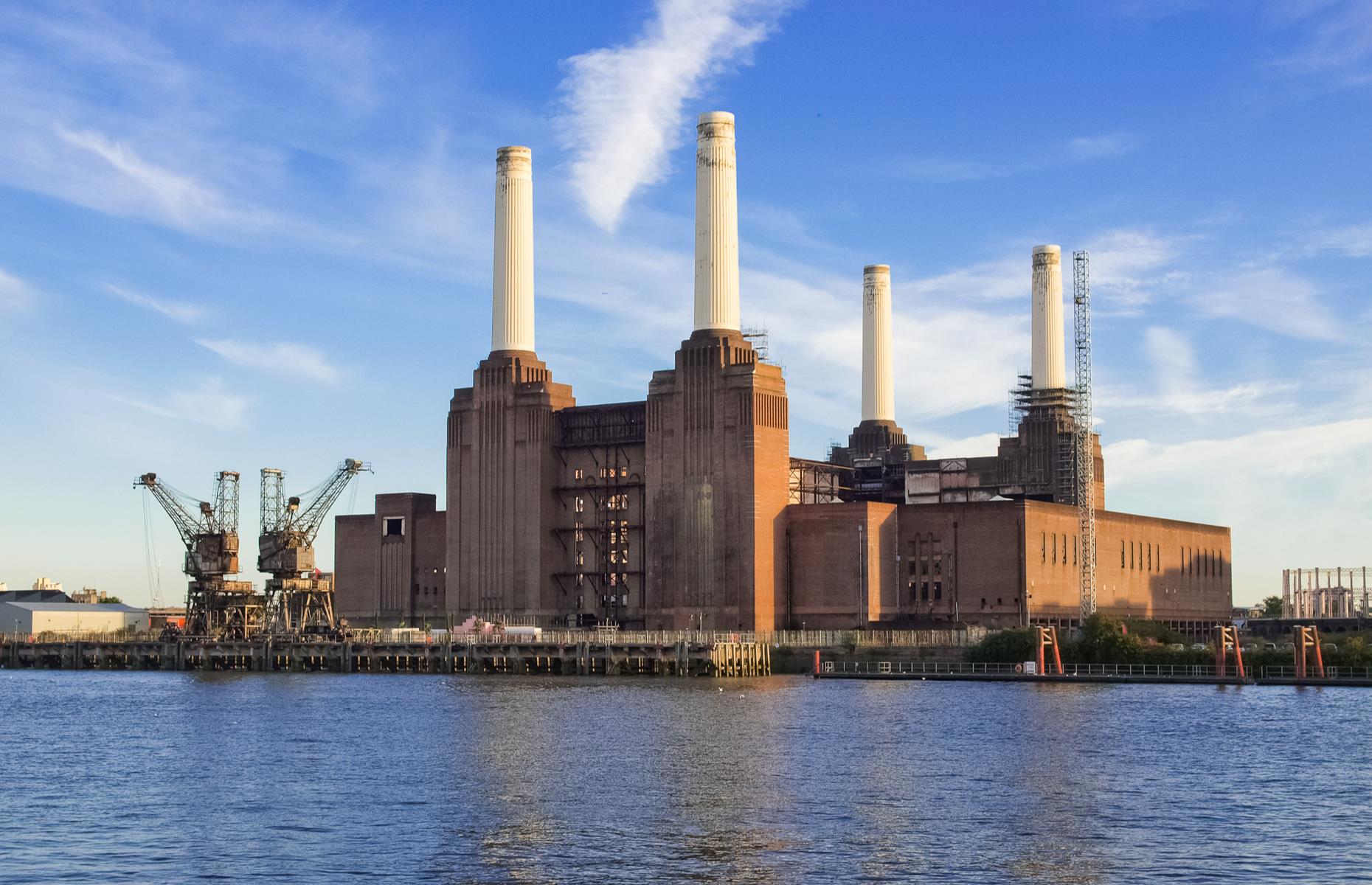 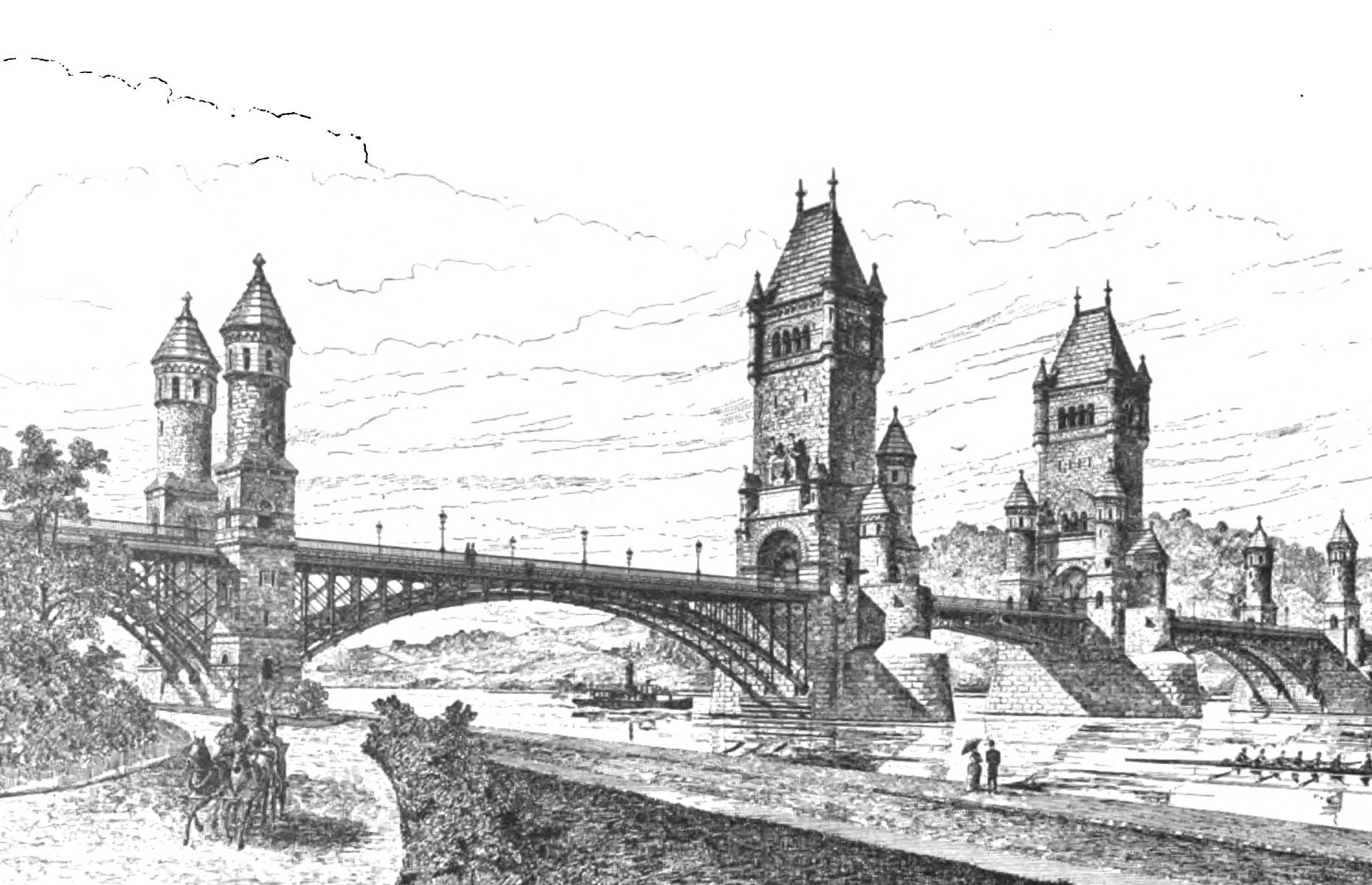 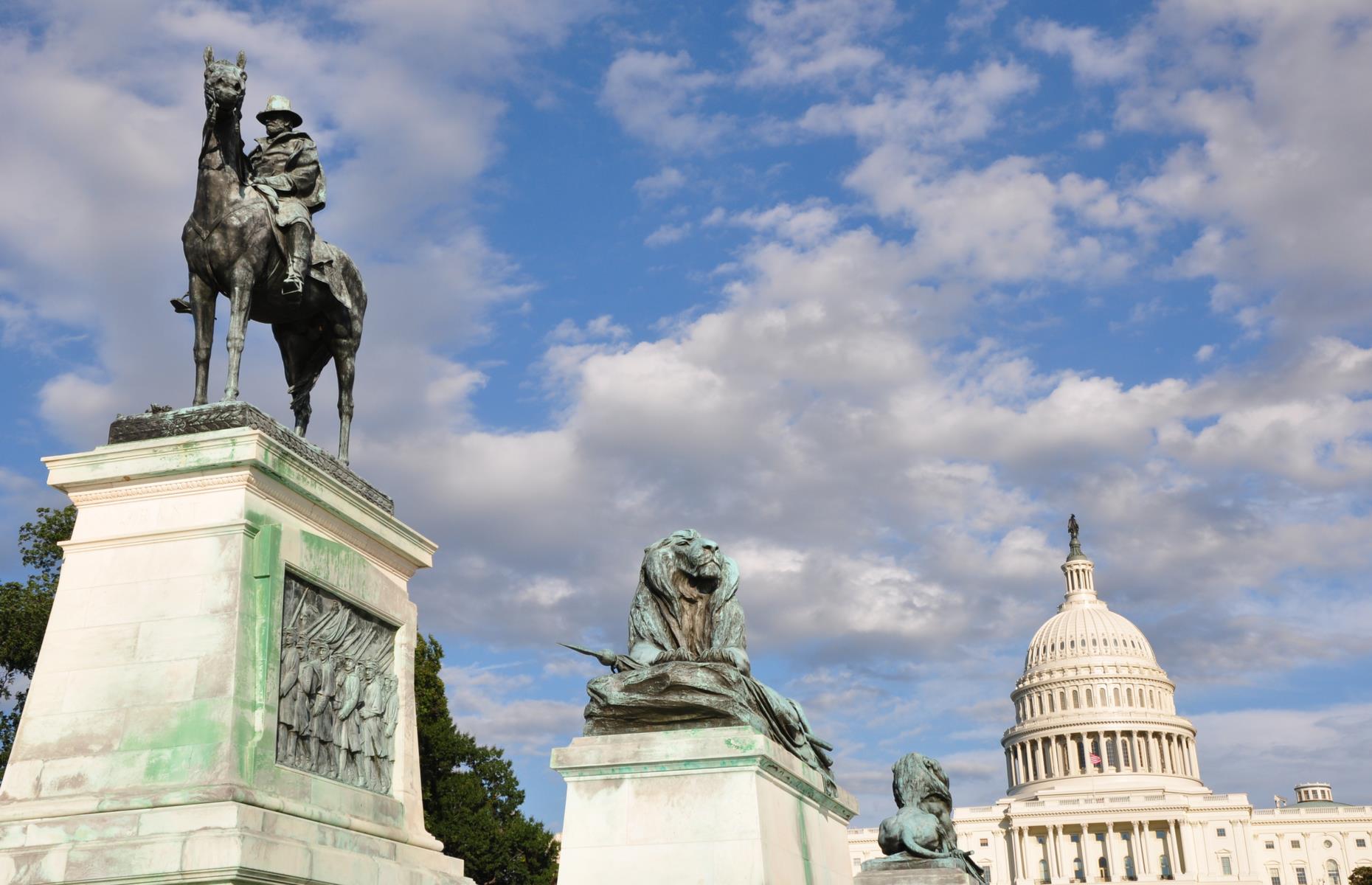 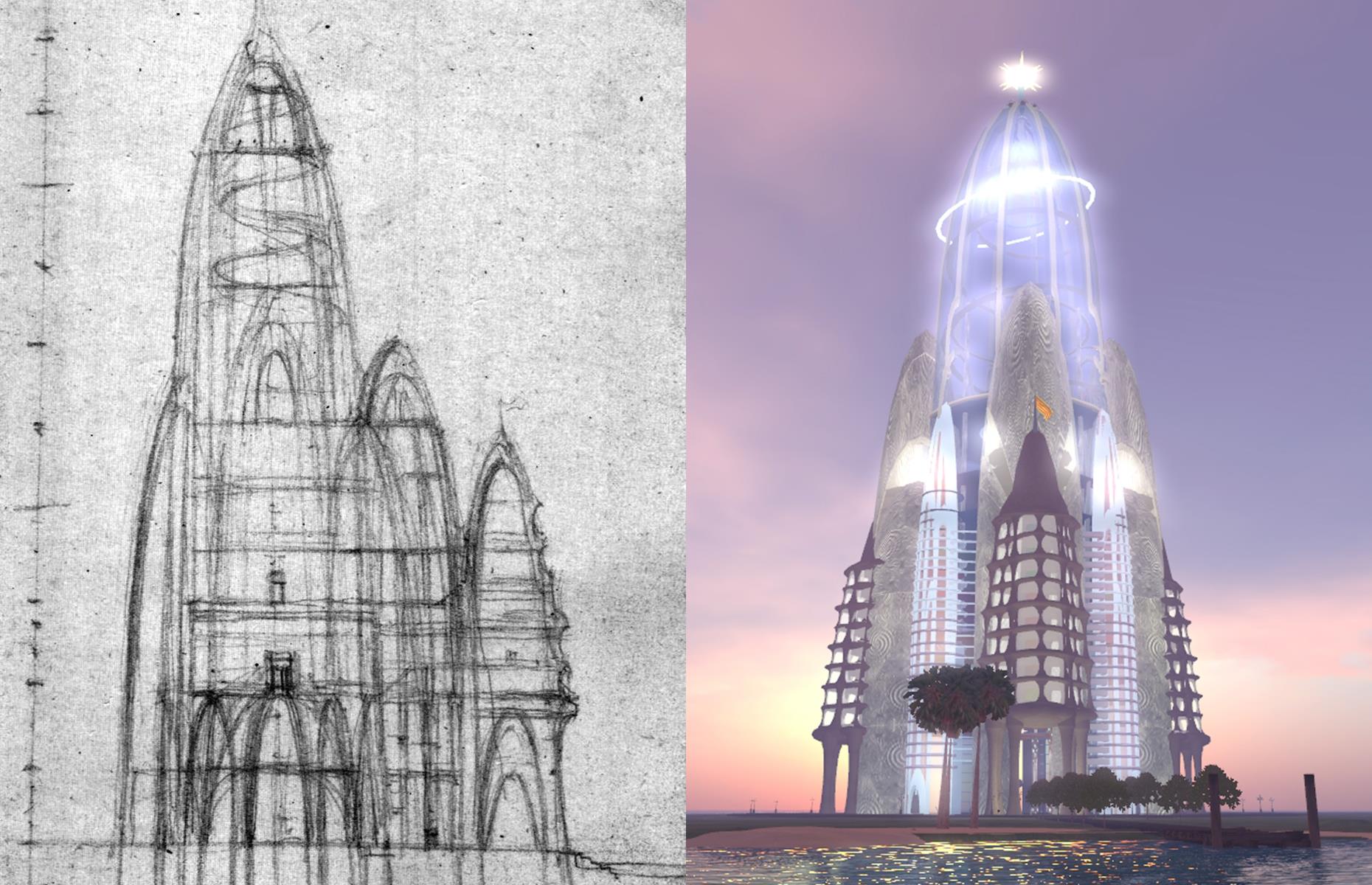 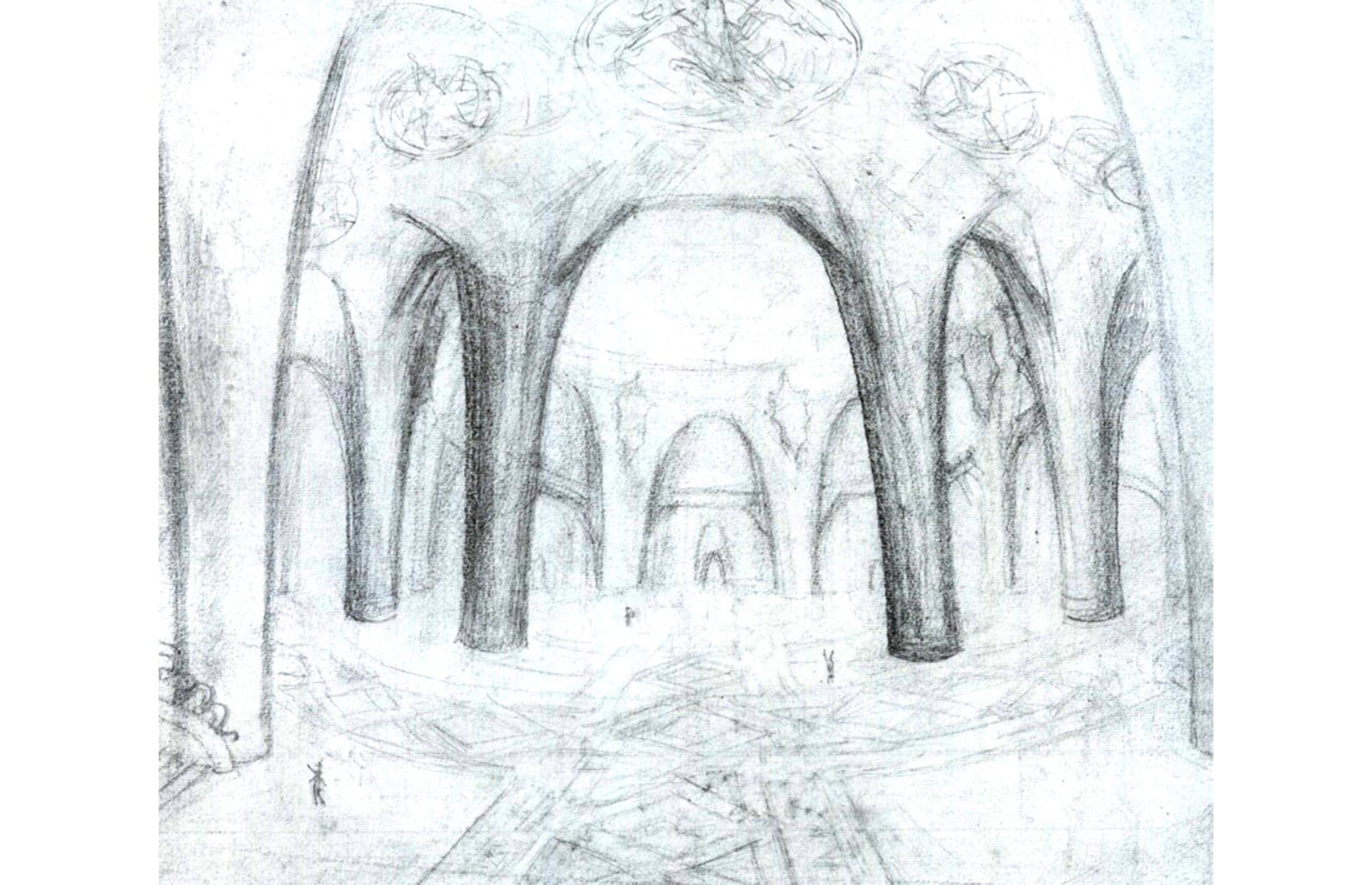 Plans that never came to be

Palace of the Soviets, Moscow, Russia

The imposing Palace of the Soviets, whose construction began in the late 1930s, was to serve as an administrative center, and ultimately as a show of Soviet power. It was designed by architect Boris Iofan and planned for the site of the original Cathedral of Christ the Savior, which had been razed to the ground in 1931 on the orders of Soviet leader Joseph Stalin. The ostentatious building, crowned with a looming statue of Stalin’s predecessor Lenin, would have been one of the largest structures in the world at the time.

Palace of the Soviets, Moscow, Russia

Nelson’s Column (pictured) dominates London’s Trafalgar Square and immortalizes the lauded Admiral Horatio Nelson, who died at the Battle of Trafalgar in 1805 having defeated the French. It almost never existed, though. Politician and officer Sir Frederick William Trench wanted to commemorate the battle with something rather different: a gargantuan pyramid structure larger than St Paul’s Cathedral. Luckily Trench’s wishes were never fulfilled and the tribute to the late admiral was built instead.

Had it been built, The Illinois (pictured) would have been one mile (1,600m) high, with more than 500 stories and room to house 100,000 people. Even today it would be the tallest building in the world, some 2,625 feet (800m) higher than Dubai’s towering Burj Khalifa. Wright’s plans never left the drawing board though, and the largest building in Chicago remains the diminutive 1,450-foot (442m) Willis Tower. Discover some of the world’s tallest hotels here.

A stone’s throw from Beijing, you’ll find the remnants of the Wonderland Amusement Park. It was once tipped to be China’s answer to Disneyland but due to financial issues, construction on the ambitious theme park was halted in the late 1990s. It was never completed or opened, and all that remains is a fairy-tale castle, now the domain of urban explorers. Check out more abandoned theme parks around the world here.

Walt Disney’s grand plans in the 1960s also included a ski resort in California. Before his death in 1966, Disney was intent on creating a winter sports paradise at the Mineral King valley in Sequoia National Park. The complex would have included a sprawling hotel, a cozy cinema, shops and ice rinks. However, questions were raised over the resort’s profitability and it was widely condemned by conservationists too. Again, Disney’s vision wasn’t to be.

The idea for a bridge here first arose in the 1750s, when merchant William Vick left money towards the structure in his will. Architect William Bridges put forward a design (pictured) made up of a mighty stone arch, supported each side by towers of homes and factories. However, when the French Revolution kicked off, Bridges’ plans were put on hold and eventually abandoned due to their steep costs. A competition was held to determine the final look of the bridge and Brunel’s more pared-back design won.

However, lengthy delays on the project ensued and as construction work failed to get off the ground, investors became suspicious. The stunted project was eventually written off as architectural fraud. Nevertheless, even without this imposing globe, Coney Island still has plenty of colorful attractions to pull in the crowds today.

Read more: America’s most historic attractions from every decade

The hulking Battersea Power Station watches over the River Thames and is looked upon fondly by many Londoners. It had ceased operations entirely by the 1980s and plenty of plans for its redevelopment have been floated over the years. The wackiest of all was a brash theme park envisioned by Alton Towers’ John Broome in the late 1980s. Had the project gone ahead it would have included a mall, an ice rink and Vegas-style indoor roller coasters, all surrounded by manicured gardens. However, funding was halted and the family-friendly attraction was never to be.

However, funding for this bridge was blocked and, instead, the simpler Arlington Memorial Bridge was completed at the site in 1932. A memorial to General Ulysses S. Grant (pictured) now stands at the foot of Washington DC’s Capitol Hill.

Antoni Gaudí’s architectural masterpieces are famed the world over, from Barcelona’s La Sagrada Família to colorful Park Güell – and one of his fantastical creations was almost realized in New York City. In the early 20th century, two businessmen (whose identities remain unknown) called on the Spanish architect to design a whimsical hotel in Manhattan. This rocket-shaped structure, dubbed Hotel Attraction, was what Gaudí dreamed up.

The futuristic hotel would have risen to between 980 and 1,100 feet (299 to 335m), with curving towers and an opulent interior containing multiple restaurants, exhibition space, a theater and plush guest rooms. For reasons unknown, Gaudí’s plans were never realized. However, the designs resurfaced in the early 2000s when they were submitted as a potential new design for the World Trade Center, after the tragic events of 9/11. Again, though, Gaudí’s visions were passed over and all that remains are a handful of sketches.

The world’s most incredible abandoned places you can actually visit