The Economy Skynest was developed by the airline at its innovation centre in Auckland, Hangar 22, with input from 200 customers over three years.

Just one Skynest, which is still at the prototype stage, will be available on each flight.

Each Skynest has six sleeping pods, which are arranged in a bunk-bed style.

The pods themselves measure 200cm in length and 58cm in width. The traditional seat pitch in economy is around 30 inches, or 76cm.

Each one will come with a full-size pillow, sheets and blankets as well as ear plugs, and there will also be curtains installed for privacy and mood lighting to help you sleep.

Customers can’t currenty book the Economy Skynest, and no prices have been confirmed – the airline said that it will be making the final decision on the Skynest next year. 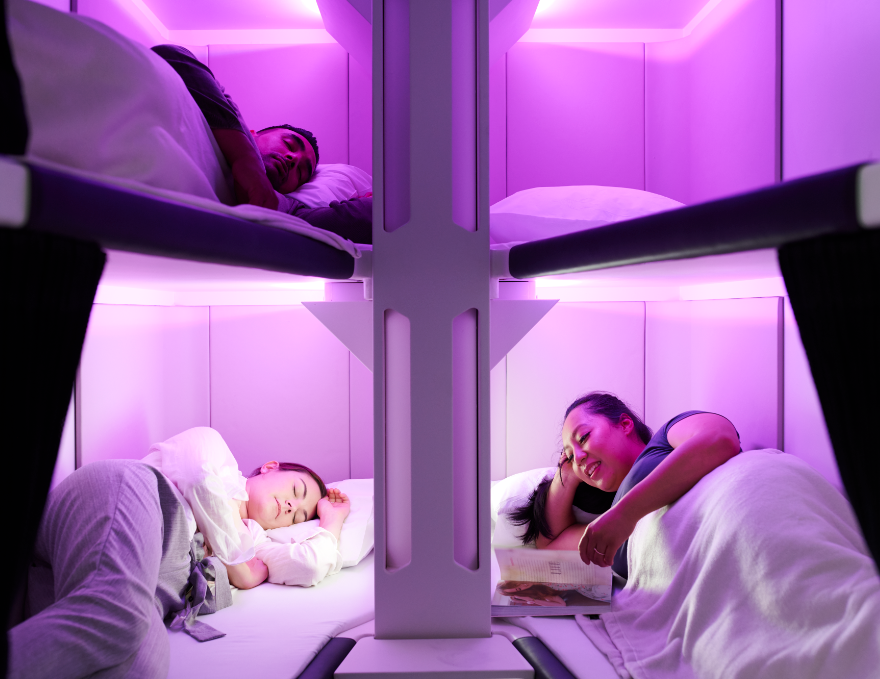 It’s not yet known which routes the Skynest could be introduced on, although the New Zealand flag carrier has said that it will see how its ultra-long-haul route between Auckland and New York, which takes up to 17 hours and 40 minutes, is performing first.

The airline has also filed patent and trademark applications for the Economy Skynest and said it could be licenced to other carriers in the future.

Nikki Goodman, general manager of customer experience for Air New Zealand, said: “We see a future flying experience where an economy-class customer on long-haul flights would be able to book the Economy Skynest in addition to their Economy seat, get some quality rest and arrive at their destination ready to go. This is a game changer on so many levels.”

The airline has also recently introduced edible coffee cups in a bid to cut waste.