Recent storms caused disruption to travel with winds reaching more than 90mph in some areas. When Storms Dennis and Ciara hit a week apart, severe winds and torrential rain caused misery for travellers across the country.

Now Storm Jorge is forecast to hit the UK this weekend, bringing another bout of heavy rain and severe winds.

With winds forecast to reach 70mph in some areas, those looking to travel may be facing delays and cancellations.

Terrifying videos taken as Storm Dennis hit showed pilots battling with the winds to land, and in some instances aborting landing altogether due to the weather conditions.

The weather conditions also broke records, with one flight from JFK airport in New York landing in London in record time due to tailwinds – just four hours and 56 minutes – when the usual flight time is six hours and 13 minutes. 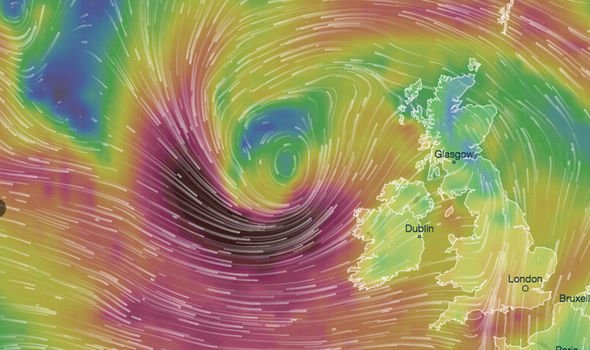 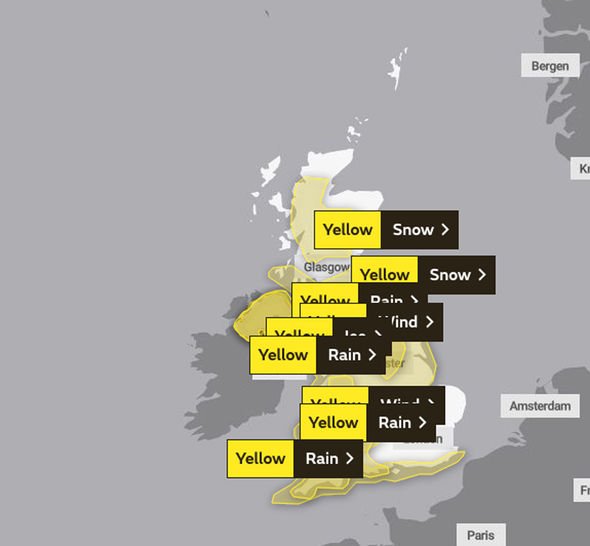 Will flights be cancelled this weekend as Storm Jorge hits?

For this travelling this weekend, it is too early to say yet whether flights will face cancellations or delays.

All will be revealed when Storm Jorge hits and airlines and airports review weather conditions.

If you are due to travel on Saturday and Sunday, it will be worth keeping an eye on your airlines’ social media, and any email, text or app alerts in regards to the weather. 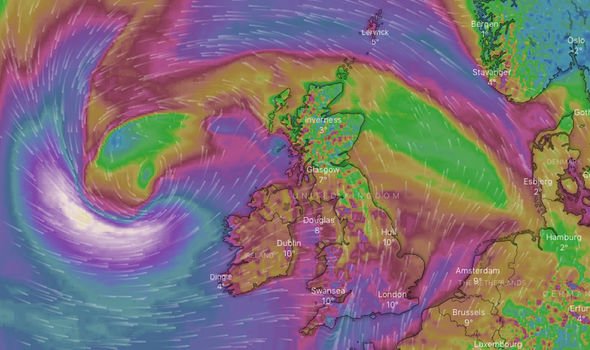 On Saturday and Sunday, there are Met Office yellow weather warnings in place for wind, as a large swathe of winds will cross the UK through Saturday afternoon and Sunday morning.

The warning is in place from 12pm on Saturday until 12pm on Sunday, with wind gusts of up to 70mph possible.

This could cause issues for those travelling by rail, road and air.

The Met Office warns to expect

Coastal areas could see the strongest of the winds. 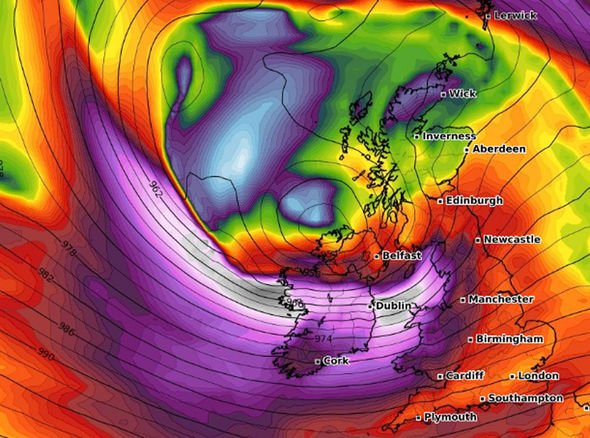 The warning states: “Strong winds will move into south-western parts of the UK by Saturday afternoon, and steadily move north-east through the course of Saturday evening and overnight into Sunday morning.

“Gusts of 50-60 mph are likely quite widely, and especially in association with heavier showers across England and Wales during Saturday afternoon.

“More isolated gusts of 65-70 mph, particularly on coasts and other exposed areas, are probable.”

Chief Meteorologist at the Met Office, Frank Saunders, said: “From Saturday Storm Jorge will bring strong winds and heavy rain to parts of the UK, with potentially heavy snowfall being a hazard for parts of Scotland.

On Saturday and Sunday, the majority of the UK is covered by Yellow weather warnings with some areas being covered by more than one warning, indicating multiple weather hazards.

“Storm Jorge is not expected to bring wind gusts as strong as Storms Ciara or Dennis, but it will still bring gusts of 60 to 70 mph in some exposed locations during the warning period, which ends at midday on Sunday.

“But it’s worth saying that parts of the south and east of the UK, once the rain clears early on Saturday, should often be bright, windy and cold over the weekend.”