Influencers appear to be swapping Dubai for Mexico after the United Arab Emirates was abruptly added to the UK’s “red list”, with a travel ban imposed from 29 January.

It joined another 32 countries, including Portugal, South Africa and much of South America, after the government announced plans to ramp up travel restrictions in a bid to stop new Covid-19 variants from entering the country.

While some influencers and reality stars – including ex-Love Islanders Georgia Harrison and Anton Danyluk and Towie cast members James Lock and Yazmin Oukhellou – are seemingly now stuck in Dubai for the foreseeable future after all flights to the UK were cancelled, others are heading off for different sunny climes.

Towie stars Chloe Sims and Frankie Essex have both been pictured in Tulum, Mexico, with Ms Sims keen to clarify that the trip was for work after various influencers came under fire for sharing glamorous snaps from their Dubai trips while most Britons were stuck at home.

“I have arrived in Mexico,” she wrote on Instagram. “So I wanted to get ahead of any negative stories to make it clear, this is first and foremost a work related trip.

“Some opportunities have presented themselves, that I felt I could not turn down and so after fully considering the latest government guidelines. I decided to travel.” 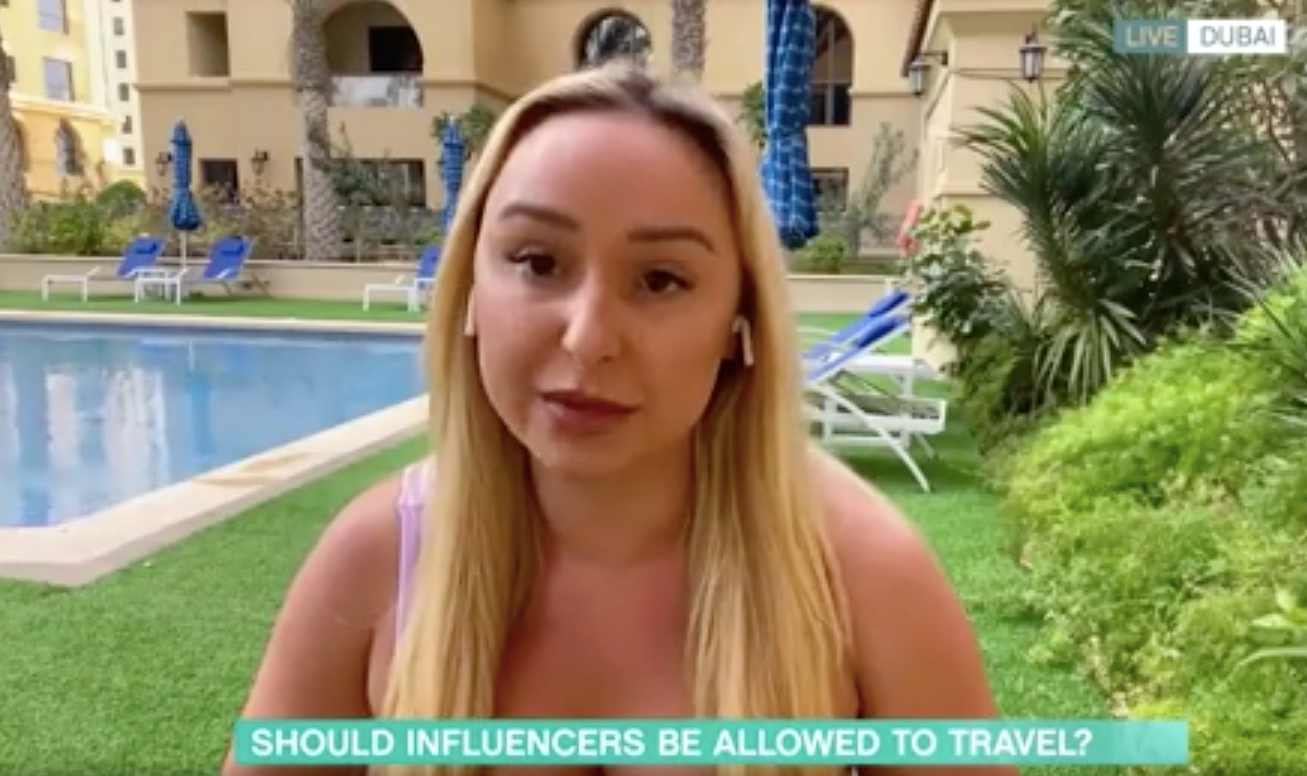 She added: “Obviously I will be quarantining in accordance with the legal requirements upon my return.”

Mexico currently is not on the UK’s red list, but all arrivals from outside the UK must currently self-isolate for 10 days upon entry, regardless of where they have been.

Other famous faces spotted in Mexico include Lottie Moss, Kate Moss’s 23-year-old sister, who was there for a work trip in January.

She wrote on social media: “Cats out the bag I guess – been working on something really fun for work out here can’t wait for you guys too see![sic]”

Former professional footballer Jermaine Pennant has also been posting pictures of his trip to Mexico following a stay in Dubai over the New Year.

“Going on holiday is not an exemption and it’s important that people stay at home.”