On the limestone pavement above Malham Cove stands a solitary ash tree. The deeply etched grooves of the weathered limestone draw your eye towards this isolated figure. In summer, butterflies and skylarks fly around its limbs, while ferns and flowers sprout from the pavement crevices where gnarled roots anchor. Less-bountiful seasons are identified by the colour, presence or absence of ash leaves. The tree becomes a perpetual reminder of time passing in this grey-washed landscape. I find comfort in the presence of this emblem of survival.
Debbie Rolls

Eight in one, Surrey 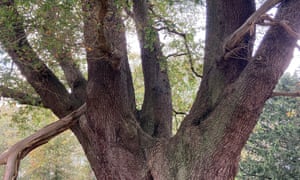 The King’s Oak on Ashtead Common is thriving. Eight thick trunks grow out of the original one, creating a cauldron in the middle. Centuries ago, commoners had rights to cut trees for wood. Learning that oak shoots are the best dessert that can be offered deer, trunks were cut high enough that new shoots would be out of bounds. This created the foundation for this magnificent tree. Viewing it gives you a link to history: many veteran oaks on the Common have grown there since Magna Carta was signed, some miles north-west. It’s impossible not to admire it.
Åsa Melander 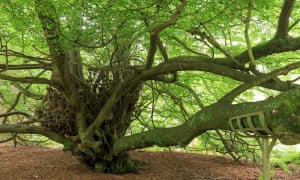 A favourite tree of many, and mine too, is the Witch’s Broom Tree, a huge beech on Abinger Roughs, which is owned and managed by the National Trust. I used to work for the National Trust and for a time I was the manager of Abinger Roughs. I remember speaking to a local resident who had played in the branches of this tree as a child: she said in those days it was full of bees’ nests. This tree has a spirit – children adore it, mms and dads can climb up into its canopy and venture along its branches. I added a steel cradle to support one of the branches, which continues to grow horizontally for metres. The tree has a very unusual shape: it could be 250-300 years old, and makes a magical tree for picknicking under.
Rob Hewer 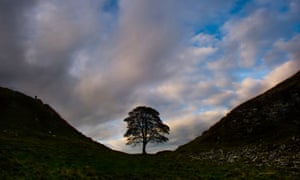 The border has moved, but I have not.
A wall once stood here, to keep out the Scots.
A lone sentry I am, just one of a kind.
Empires built walls, to that I decree.
For at Sycamore Gap, I am the tree.
Tim S

Yew with a view, Monmouthshire 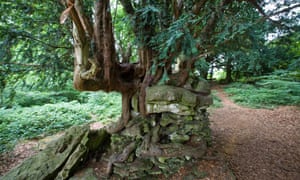 My tree is next to the Devil’s Pulpit, a viewpoint overlooking Tintern Abbey. It’s a yew growing around rock formations, which has created a magical fantasy novel appearance – it looks as though JRR Tolkien himself created it! It’s special to me as I was first “introduced” to the tree on a post-lockdown walk with a dear friend. I recently took my parents and boyfriend for a walk to visit it. We sat picnicking underneath it, having been apart for a while.
Helen Boote

Readers’ tips: send a tip for a chance to win a £200 voucher for a Sawdays stay

Every week we ask our readers for recommendations from their travels. A selection of tips will be featured online and may appear in print. To enter the latest competition visit the readers’ tips homepage 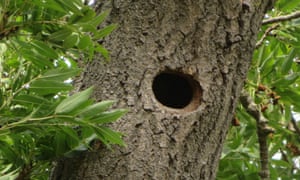 A crack willow on my regular running route is peppered with evidence of woodpecker activity. Close to the River Rhee, alongside a bridleway between the villages of Haslingfield and Hauxton, near Cambridge, it hosted a new family of green woodpeckers this year. The tree is very much alive: the willow’s soft wood makes it ideal for chiselling. During the summer I would pause my run for a game of spot the woodpecker. Green woodpeckers are shy birds but they give their presence away with noisy alarm calls, and I’d catch them peering at me from behind the trunk or branches.
Sharon Pinner 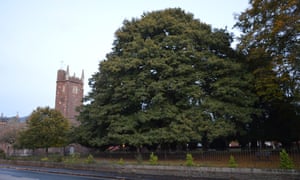 Towering above St Thomas Church, Exeter, and providing shade and shelter from all weather and home to seemingly endless squirrels which children chase, a Lucombe oak dominates the Exeter skyline south of the Exe. Overlooking the county ground, this tree will have witnessed all the Exeter rugby games from 1871 before the move to Sandy Park and European glory as well as the segregated African-American troops who were billeted here in 1943, and the great flood of 1960. The Lucombe oak, a semi-evergreen cork oak/turkey oak hybrid, was first spotted then cultivated in these parts, but one has made it to Kew. One of the originals was felled to make William Lucombe’s coffin, which apparently he kept under his bed until he died!
Cindy 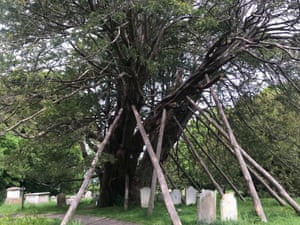 My favourite tree is a huge, ancient yew in a sleepy churchyard at the foot of the South Downs in the village of Wilmington. According to the little sign at its base, it is around 1,600 years old and it definitely looks its age. It’s vast and sprawling, with a wizened, gnarly trunk, and is so old that some of the branches are propped up by wooden poles. Visiting this tree always makes me feel very awed and insignificant, especially when I look around at all the faded tombstones and realise that the tree is older than them all!
Jessica 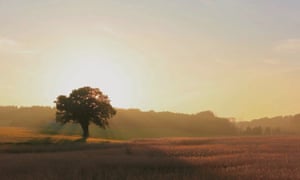 To me, it’s the Broccoli Tree – an oak in a field near Levington, Suffolk. I gravitated towards it during lockdown as it stood alone, socially distanced from its fellow trees, like me. I’d cycle to this spot, to sit upon the hill, pause and reflect on the world. I’d watch deer graze around its trunk, see barn owls alight upon its branches and watch the sun’s rays dance around its floret-like branches.
Emily 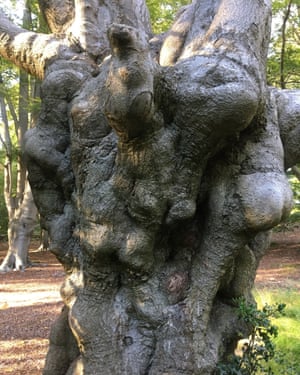 There are so many beautiful trees – I fall in love with them quite promiscuously – but there is one more wonderful than any other. It’s at Ambresbury Banks, near Theydon Bois in Epping Forest on the eastern edge of London, and when I first saw it, my heart almost stopped. Not because it’s beautiful – it isn’t really – but because it’s completely magical. Its twisted trunk has submerged babies and strange animals seemingly trying to escape from it. The longer you look at it, the more creatures you see. This must be the original Witching tree. Look, but don’t go too close!
Michele Freind