Revealed: Padstow is the No.1 place that Britons plan to visit for the very first time this summer followed by the Lake District and Arthur’s Seat

Padstow is the No1 destination that Britons plan to visit for the very first time this summer, according to new research.

In a poll of 2,000 UK adults, 18 per cent said they would like to visit the pretty Cornish town this year as they had never been before.

In second place is the Lake District with 16 per cent saying they would like to plan a first time trip there while third is Arthur’s Seat in Edinburgh on 10 per cent. 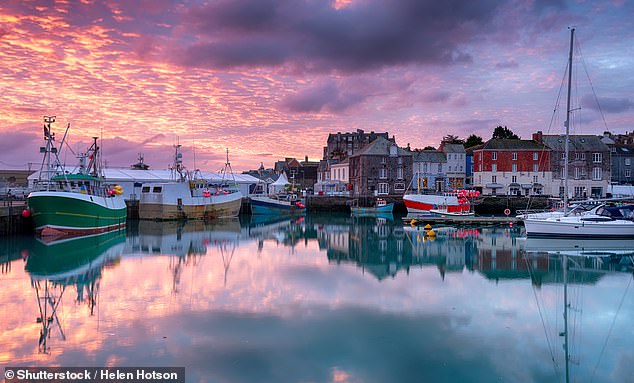 Padstow in Cornwall, pictured, is the No1 destination that Britons plan to visit for the very first time this summer, according to new research

The research was carried out by hotel chain Jurys Inn and Leonardo Hotels and reveals that nearly two-thirds (63 per cent) of the nation are planning to holiday in the UK this year, with four in 10 (38 per cent) planning to visit famous parts of the country they have never seen before.

Other popular destinations to visit for the first time are the Yorkshire Dales (fourth), the fishing village of Rock in Cornwall (fifth), Snowdonia (sixth), Jersey (seventh), Stonehenge (eighth), the Cornish fishing village of Port Isaac (ninth) and Hadrian’s Wall (10th).

The study also reveals that 35 per cent agree there is nowhere more beautiful than Britain in the summer with over a third (37 per cent) confessing they are looking forward to a British break. 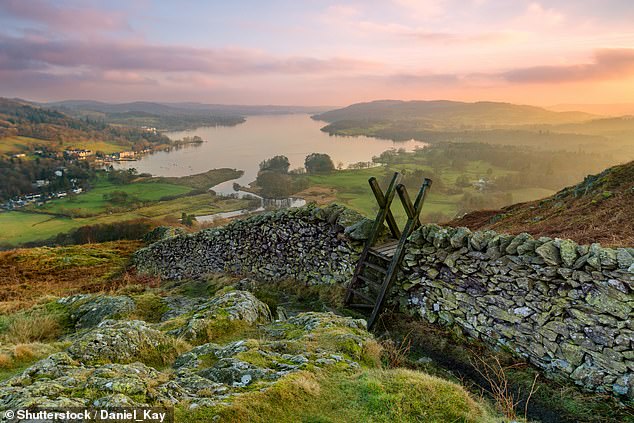 THE TOP DESTINATIONS BRITONS PLAN TO VISIT FOR THE FIRST TIME

Source: Jury’s Inn and Leonardo Hotels. All percentages have been rounded up or down to the nearest whole number.

Respondents were asked to name British locations they’d want to visit as part of their bucket lists, even if they’ve been to them before.

The top location is the Lake District on 33 per cent, followed by Padstow on 32 per cent and Jersey on 29 per cent.

In addition, 17 per cent want to soak up the history at Bath’s Roman Baths, while 16 per cent were keen to discover Edinburgh Castle as part of their bucket lists.

In terms of food, 65 per cent say eating fish and chips out of the paper is the perfect ingredient for a traditional British summer holiday, while 40 per cent said it is sitting in a sunny beer garden in the countryside.

When asked why they plan to holiday in the UK this summer, 43 per cent of respondents admit they feel safer staying on home turf instead of going abroad. 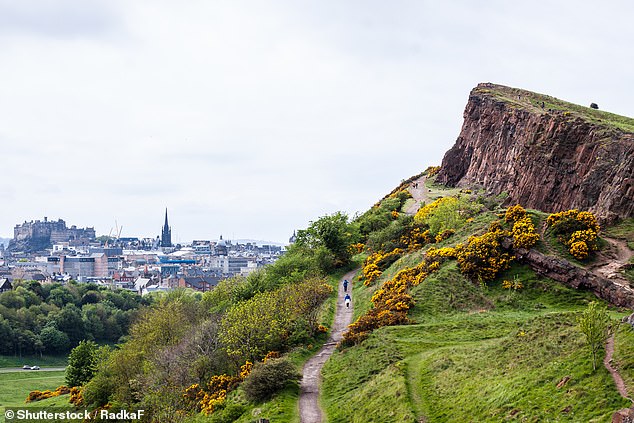 Arthur’s Seat, an extinct volcano in Edinburgh, is the third most popular place for a first-time visit, according to the study 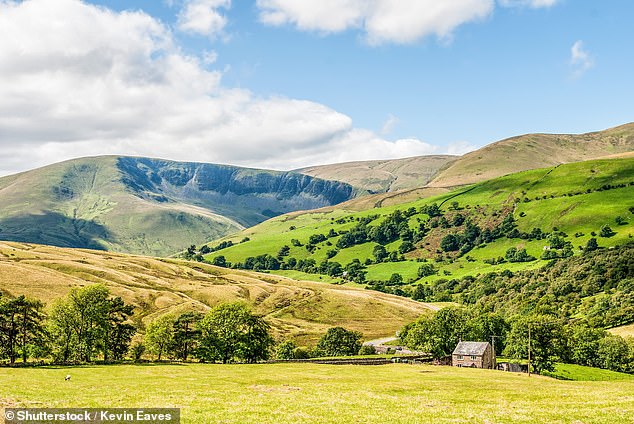 The Yorkshire Dales is the fourth most popular destination to visit for the first time. Pictured is the Southern Howgill Fells

Suzanne Cannon, group marketing manager of Jurys Inn and Leonardo Hotels, said: ‘It appears that the nation is feeling positive and even looking forward to a British break this year.

‘It’s no surprise really as the UK is home to some beautiful sights and plenty of bucket list activities that the whole family can enjoy.

‘We’re excited to be able to offer 44 hotels across the UK near so many of the cited locations.

‘Whether looking to embrace a traditional seaside break in Brighton, or learn more about British history in city locations such as London and Oxford, we have a hotel to suit every staycation and, with our summer sale now on, customers can save 25 per cent on bookings across Jurys Inn and Leonardo Hotels.’

Fly Delta One Suites to Asia next summer with wide-open award space
Recent Posts
This website uses cookies to improve your user experience and to provide you with advertisements that are relevant to your interests. By continuing to browse the site you are agreeing to our use of cookies.Ok