Where do we stand on theme parks? On paper, they promise thrills, spills and a carload of happy children to take home afterwards. In practice, there is a solid chance of sunburn, queues and a big sense of frustration.

That has been my experience at least, having endured a couple of wallet-emptying visits to well-known ‘resorts’ where the hours waiting to ride 90-second roller-coasters left my three children fighting like cats in a sack and a round of 99 Flakes set me back the thick end of 20 quid.

We were certainly taken for a ride. But not in the way I’d hoped. 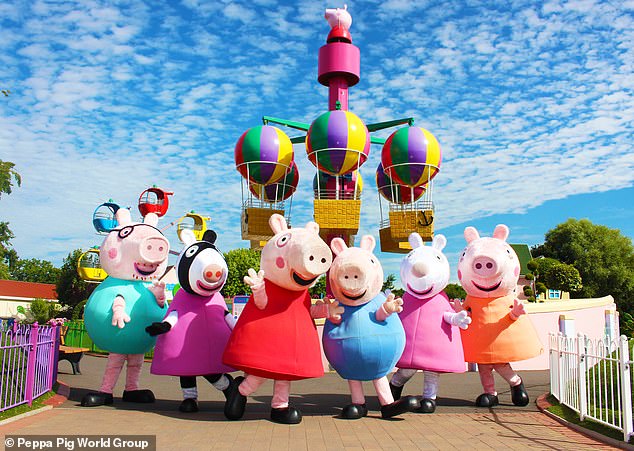 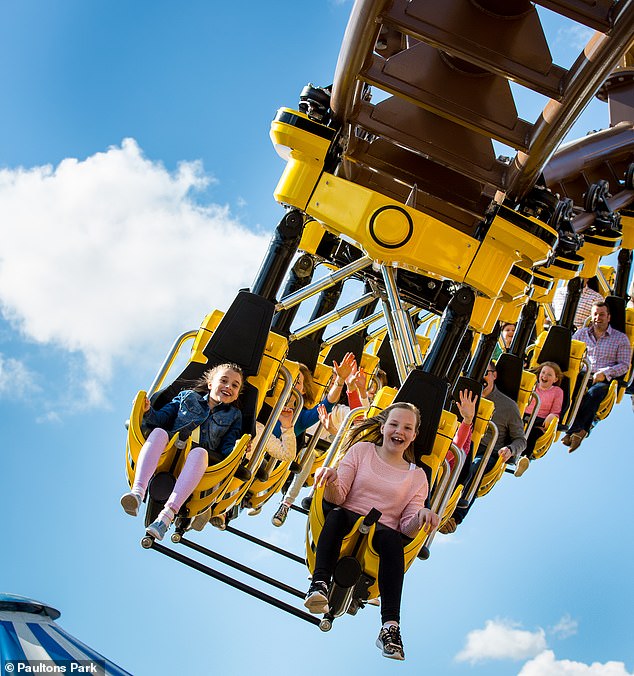 Paultons Park has been voted the sixth best theme park in Europe for five years running. The park’s The Flight of the Pterosaur ride is pictured above

Thankfully, not all family theme parks are equal. In fact, one lesser-known outpost is officially world-class. In the New Forest, near Southampton, you’ll find not just the finest in Britain but the sixth best in Europe.

This has been the view, for each of the past five years, of the barometer of 21st-century public opinion that is Tripadvisor.

The attraction is called Paultons Park — and having devoted two days to road-testing all its rides (some several times), I am happy to join the league of converts.

True, you can’t escape the piped music, and a venue whose principal attractions include Peppa Pig World will never be judged educational. But I guarantee it will deliver fun by the bucketload.

From the moment our brood — aged six to 11 — were flung off the top of the log flume to the terrifying few minutes when we soared 80ft into the air at the end of the Cyclonator, a gyrating metal pendulum, we barely stopped whooping.

Paultons Park covers 140 acres on the site of a stately home that burned down just after the War. It opened in the 1980s, is family-owned and, although less famous than Alton Towers or Chessington, punches well above its weight.

Parking is free and the entrance turnstiles are overseen by helpful staff. Inside are very well-tended gardens and a small zoo. 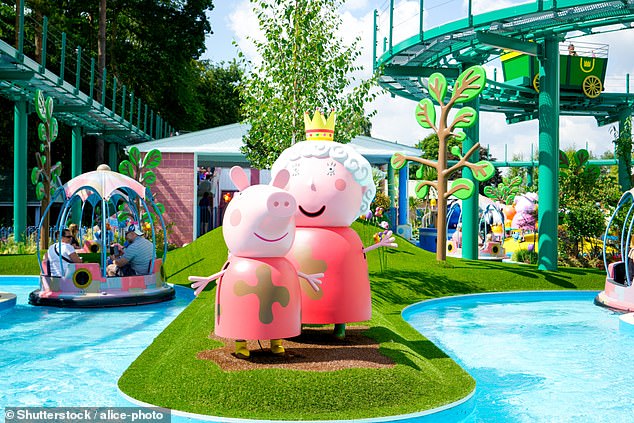 The family theme park is divided into five ‘zones’ including the Lost Kingdom and Peppa Pig World, pictured 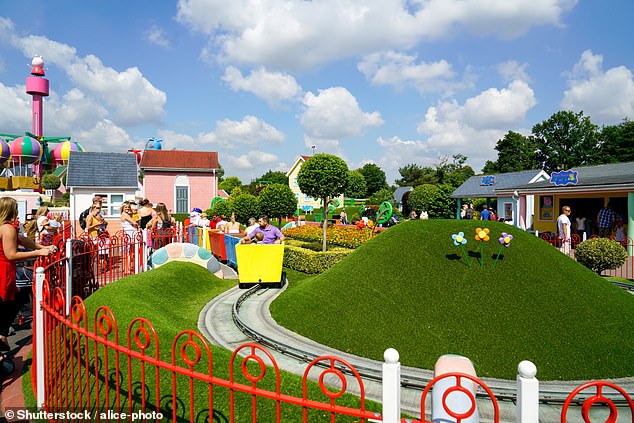 ‘For the first time in my adult life, a park has left me wanting more,’ Guy reveals

Tickets at Paultons Park for a family of four from £147 (children under one metre tall go free) and short break packages from £54 pp, including one night’s accommodation and two park days (paultonspark.co.uk).

Its five ‘zones’ include the prehistoric-themed Lost Kingdom and Peppa Pig World, with 21 attractions based on the children’s TV cartoon. Toddlers come from far and wide for Peppa’s Big Balloon Ride and Grandpa Pig’s Little Train.

Paultons offers packages that include accommodation at local hotels to suit any budget.

We stayed at trendy room2 in central Southampton, which calls itself an ‘aparthotel’.

After dinner I put my feet up, pour a stiff drink and discuss the rides we’ll be screaming our way around tomorrow. For the first time in my adult life, a park has left me wanting more.