The monarch is well known for being a well dressed royal, frequently stunning crowd with her bold colour choices and penchant for matching hats. However, when on royal tour in 1972 it has been revealed that onlookers were left shocked by the Queen’s “unconventional” outfit choice.

Channel 4’s “The Windsors: Secrets of the Royal Tour” revealed the story on Saturday night.

The Queen was visiting Thailand, alongside the Duke of Edinburgh and her daughter Princess Anne.

Crowds turned out to see her arrive, as well as journalists from all corners of the globe.

When they saw the Queen, they were seemingly surprised by her choice of outfit. 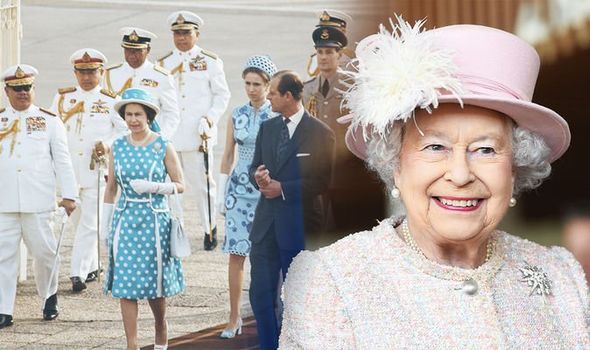 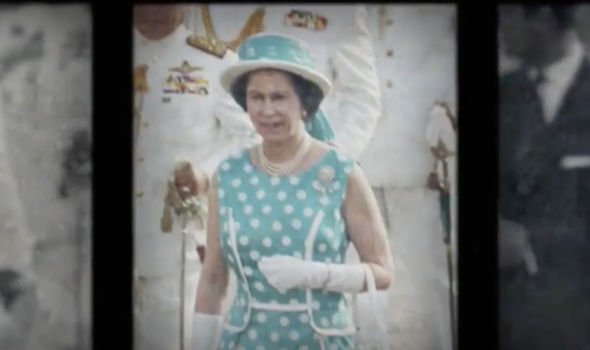 According to the documentary’s narrator: “Back then the tour had garnered plenty of attention, not only from Thais, but royal watchers who noted the Queen’s unconventional choice of dress.”

The Queen was pictured wearing a turquoise gown with white spots and detailing.

The look was complete with a pair of white gloves.

However, it was the skirt of the dress which was so shocking to the crowds.

A reporter at the time documented the moment the monarch stepped out, saying: “First surprise, on a day of considerable surprises, was the Queen’s dress, slit to the waist on both sides to reveal a white underskirt, a meeting of Thai and English styles.”

It isn’t the first time the Queen’s tour wardrobe has garnered attention from the general public.

Author Robert Hardmen documents in his book “Queen of the World” a time when a gust of wind caused an embarrassing blunder for the monarch. 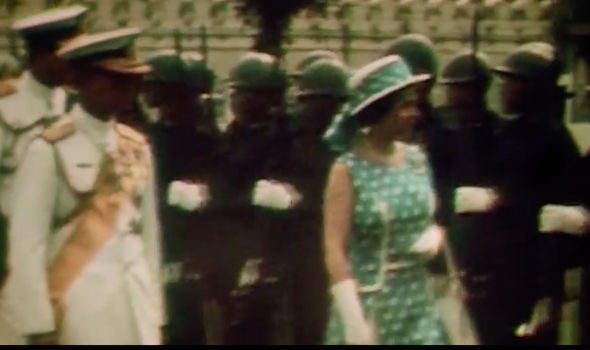 He writes: “During the 1963 tour of New Zealand, a gust of wind raised the Queen’s skirt in the capital and created ‘Windy Wellington’ headlines around the world.

“The photographer Reginald Davis captures the moment for the British press – ‘it only showed her slip’ – yet when he submitted it for the 1963 Photographer of the Year Awards, the judges refused to accept it, on grounds of taste.”

Alas, this was not the last time the Queen’s slip would be exposed to the world. 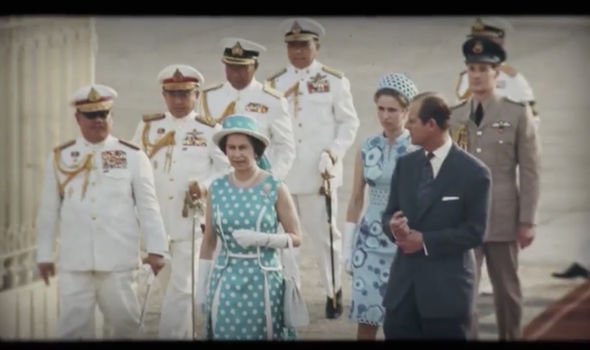 Hardman continues: “The same thing happened as the Queen arrives in Namibia, and her skirt was caught in a gust as she descended from her plane.

“The wind has been an occupational hazard on tour for most of her reign.”

This resulted in a complete overhaul of her closet, with the Queen leading a mission to find ways to make wardrobe malfunctions a thing of the past.

British fashion designer Stewart Parvin was on hand to come up with a solution.

“Stewart Parvin has said that he learned an important top from his predecessors,” writes Hardman.

Her staff are now said to use “small lead weights from the curtain department at Peter Jones and sews them into the royal hemlines, not only to maintain the shape of the Queen’s clothes but to prevent what would now be called a ‘wardrobe malfunction’.”