The Covid-19 pandemic’s mid-March spread across the West hit just as river cruise companies were preparing to open the 2020 European river cruise season. Senior editor Jeri Clausing talked with AmaWaterways president and co-founder Rudi Schreiner about how his company is responding to the unprecedented shutdown in travel. 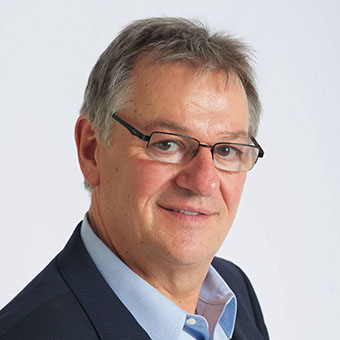 Q: The last time we talked you said you were prepared for the worst and hoping for the best. Are we now looking at the worst?

A: For me, the first two weeks of March were probably the worst weeks. The main reason was that it was completely kind of unknown what was going to happen. We should have started the season on March 15 [with some preseason charters, and one of them canceled on the 12th of March. Then the question was, will we be able to cruise? Will they close the borders? … So the ships were already staffed. Food was onboard. … Then everything stopped. Once it came to a screeching halt, the unknown was gone. Now we are getting into administration, preparation mode, survival mode.

I started with the worst-case scenario. For me, the worst-case scenario is that we don’t cruise the entire season. Anything earlier than that is positive. We have to get through this with the possibility of not cruising. So we are looking at governments, what they are doing to assist. We do outsource most of our onboard staffing to a hotel management company. So we need to closely work with them, because as soon as it starts again … we need to be sure our staff is intact.

Q: Are you paying ship staff even though you are not sailing?

A: The European governments have been acting very quickly. The Swiss government is already in full action. Most of our captains and engineers are based in Switzerland. They are on a shortened week. That means they work only 20%. The government pays 80%, and we pay 20%. That is in place already for three months starting April 1. That can be extended for three months and possibly up to a year. That also applies to our Basel office. … So Europe is very strong on these [programs.]

Sea Chefs is the outsource company we use for onboard service crew, so we are working closely with them. They are in Austria. They also do Hapag-Lloyd and TUI ships, so they have like 12,000 staff.

Our cruise managers basically are from all over Europe. … So they need to also check with individual governments, because the way it works in general is that they have a contract from us. They can say, “OK, we have this contract, but we don’t have any work.” Then see what they can get from local government and then see what we can do from our side.

Here in the United States, all of our people are working from home. We’ve not laid off anybody. We are looking at what the [new government] subsidies are and what the [stimulus] package entails [to see if we are eligible for any of that.]

Q: Can you survive a whole season without sailing?

A: Here’s our situation: My worst-case scenario was always low water, water so low that you cannot cruise [for a whole season.] So I was ready for a season without cruising. This was a surprise that we ended up this way, but we are now in survival mode and we will make it through. We do not have loans for our ships. We have enough to make it through without any major resources.

Q: What about your new ships. Have you put any projects on hold?

A: We have currently two ships under construction. The AmaSiena, which is supposed to start cruising in July, is potentially delayed because of work considerations in the Netherlands. Then we have the AmaLucia. We are slowing down construction on her. Rather than delivering her at the beginning of 2021, it will be later in the year. We have two more ships planned for 2022, and we have put those on hold.

Q: How soon, realistically, do you think sailings might resume this year?

A: Talking to the Europeans, they think in June-July they will start cruising. The question is whether the Europeans will allow Americans to come. … [Our passengers] are 95% North American.

Q: What about future bookings? Are people still planning trips for next year?

A: We are seeing bookings for 2021. Not as strong as we would normally see at this time, maybe 70% of what we would normally experience. Also, we are not exactly sure how much of that is [rebookings] at this point.