Google Maps came to screens in 2005, allowing users the opportunity to discover locations across the globe. Whether mapping your way to work or gaining a bird-eye perspective via the app’s satellite technology, Google Maps has plenty of practical use.

However, increasingly mystery solvers are using the programme for another reason.

Eagle-eyed viewers are scouring the globe looking for bizarre happenings you may not see every day.

One user was recently surveying the local area in Florida when they discovered something out-of-the-ordinary lurking in a residential back garden.

The moment was noticed from above, with the scene unfolding below at ground level. 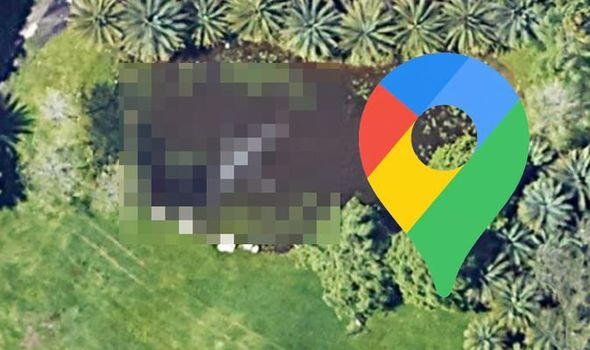 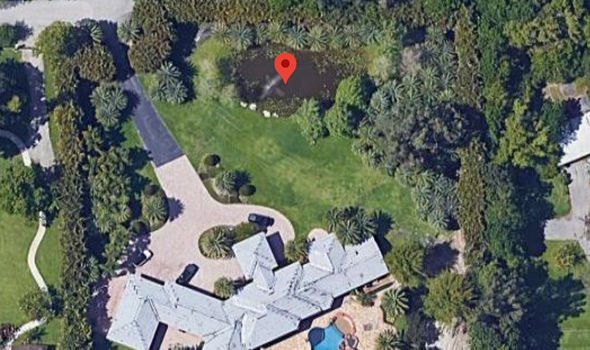 Nestled in the suburbs of Miami is a large house boasting an incredible back garden lined with palm trees and shrubbery.

Although extravagant, nothing looks too unusual at first glance.

Yet, on closer inspection, the Google Maps user noticed something somewhat scary appeared to be lurking in the depths of the garden pond.

Indeed, from above it appears there is a creature swimming beneath the murky water.

The shape shows what looks like a large sea creature with fins.

Shocked, the user who originally found the aquatic monster took to Reddit to try and get some answers.

“Someone has a whale looking animal in their backyard lake,” they wrote.

“I have seen imagery from two different dates on Google Earth, and it seems like this thing moves, so it may be alive.”

Could this be an enormous whale captures from the sea or even some kind of aquatic animal the residents are keeping secret? 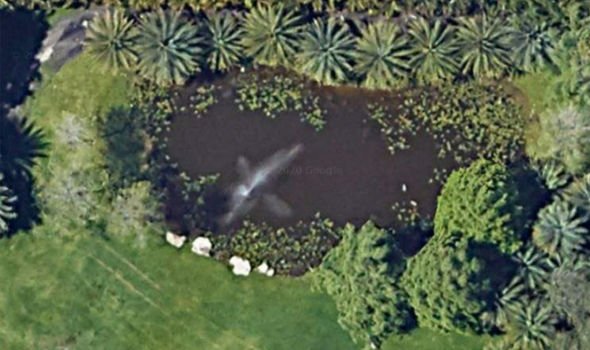 Well, it seems there is a more logical explanation.

Another user points out that it is likely to simply be a “water fountain” with the spray blowing in various directions.

Another added: “There are a lot of fountains in Florida.”

It seems the mystery has been solved, although many were enjoying coming up with mythical ideas for what could be happening.

“Can’t unsee it now…Thanks for ruining the mystery,” (SIC) complained the user who originally found the image. 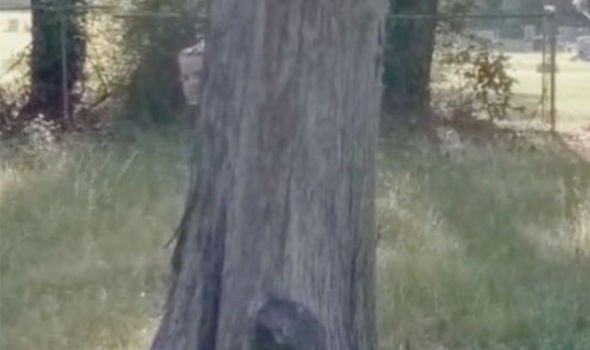 Frequently spooky sightings on Google Maps are solved with a simple explanation.

In a graveyard in the US users were shocked when they thought they spotted a ghost.

Hidden behind a tree is an ashen-faced figure, which scarily resembles a supernatural behind.

However, users have been quick to offer a reality check, suggesting the grey, ghoulish appearance is likely just down to the low resolution of the Google Camera.