Canary Island holidays were served a blow on Thursday evening when the UK Government announced travellers returning to the UK from the holiday hotspot will now face quarantine. However, the Canary Islands government has suggested this rule will soon be “reversed”.

Ángel Víctor Torres said the decision to make all returning Brits go into quarantine from 4am on Saturday was “bad news”.

But at a press conference today, he said they were in close contact with the UK Government and he was very hopeful the decision would soon be overturned.

He agreed that coronavirus outbreaks in Tenerife were higher than on the other Canary Islands but the figures had been inflated due to 200 new cases in two nursing homes.

Special measures and a curfew had been extended on Tenerife for another week and he was sure the figures would soon start to go down again. 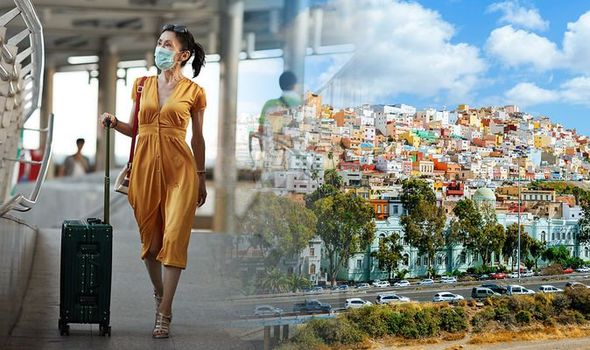 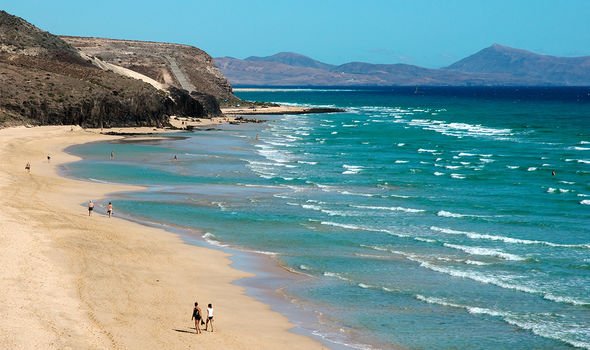 Mr Torres said the UK Government had lifted its quarantine rule for the Canary Islands in November when the coronavirus incidence stood at around 23 per 100,000 inhabitants.

Although it has now reimposed it, the Canary president said the current rate at seven days was still low – fluctuating between 40 and 50 per 100,000 – so he was confident the new rule would soon be changed again.

He said the Canary Islands’ executive would be in permanent contact with the British authorities and will work to lower the incidence.

“The situation will be reversed,” he said.

Anyone returning from the Canaries to the UK after 4am on Saturday will have to go into quarantine for 14 days but with effect from December 15, this will be reduced to five days for Britons who opt into the new test to release scheme.

The new scheme will allow travellers to book a private test on day five of their quarantine.

If this test proves negative, they will be free from isolation.

Transport secretary, Grant Shapps announced the new quarantine rules: “From Tuesday, December 15th, the new ‘Test to Release’ service for passengers arriving in England starts. This means that all passengers from any location NOT in a Travel Corridor may ‘opt-in’ to shorten self-isolation to five days with a negative COVID-19 test result from specific providers.” 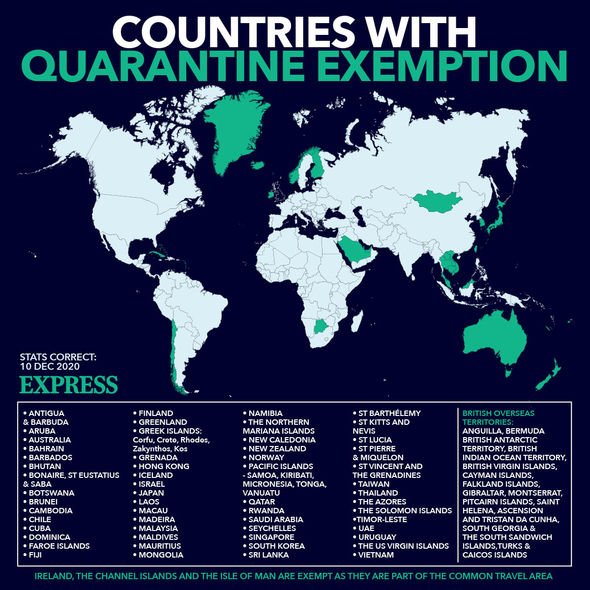 Britons must also provide a negative PCR test taken within 72 hours before their arrival into the Canary Islands if they hope to visit.

The UK’s decision is said to be a particular blow to the Canaries as from December 10, the regional government said international tourists could enter the islands on the back of a negative coronavirus rapid test rather than the more expensive PCR required by the rest of Spain.

Hoteliers say they fear a wave of cancellations from the main British market for Christmas and the New Year as “people won’t want to go into quarantine”.

Concern has also been expressed that the Canaries are being treated as a whole rather than individual islands as most of the new cases are on Tenerife and not on the other favourite hotspots of Lanzarote and Gran Canaria.

“The Canary Islands (Tenerife, Lanzarote etc) are being removed from the travel corridor list due to rising infection rates,” he wrote on Twitter.

“It’s utterly devastating news not only for consumers who booked #Xmas breaks but also for travel firms who benefited from the sales uplift.”

He also described the move as a “shock”.