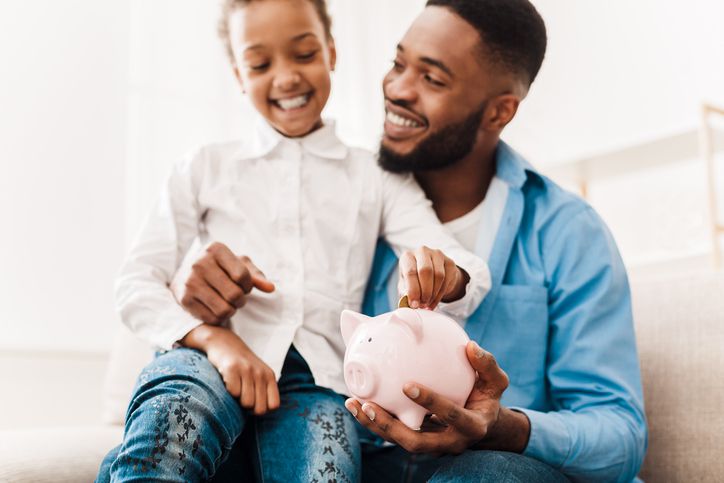 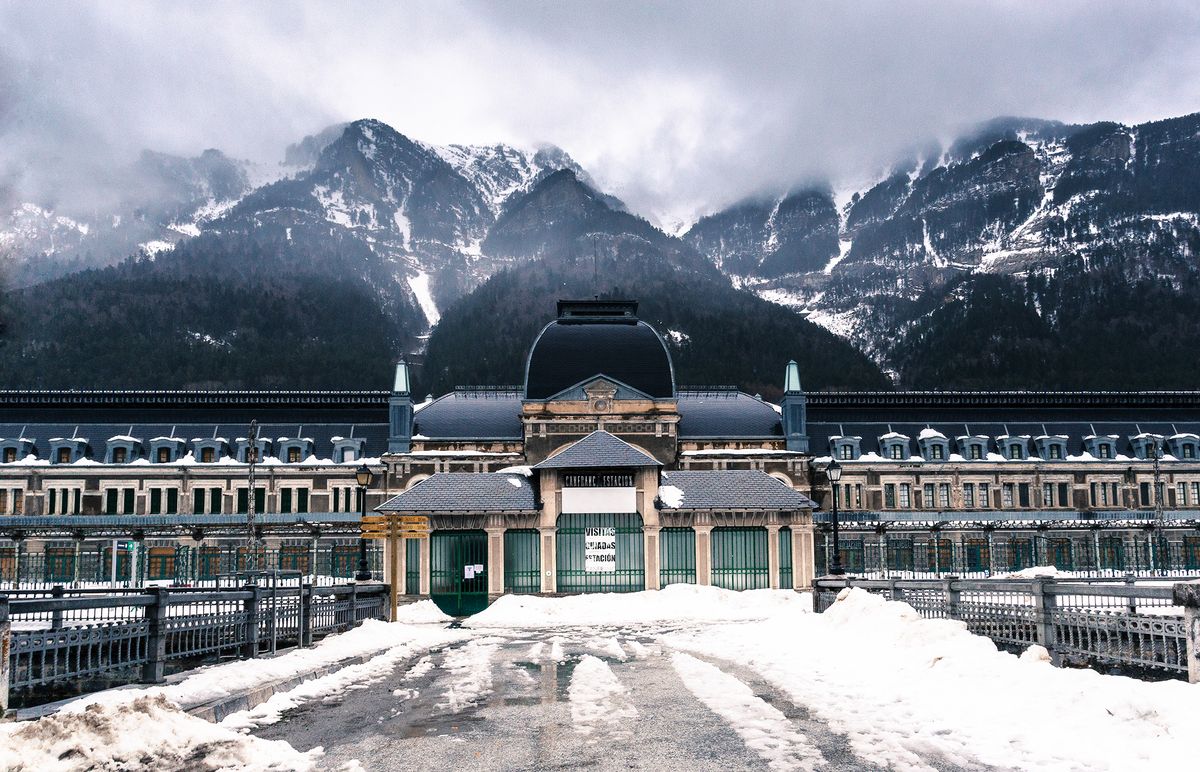 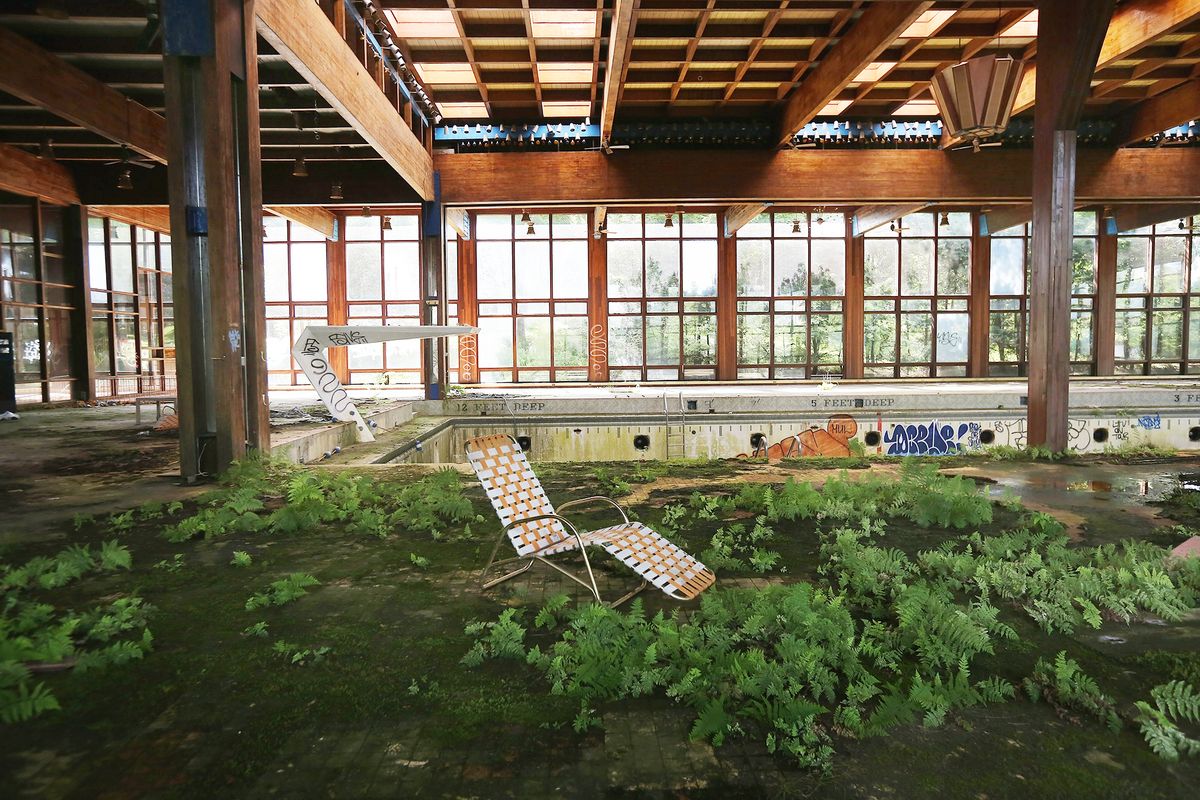 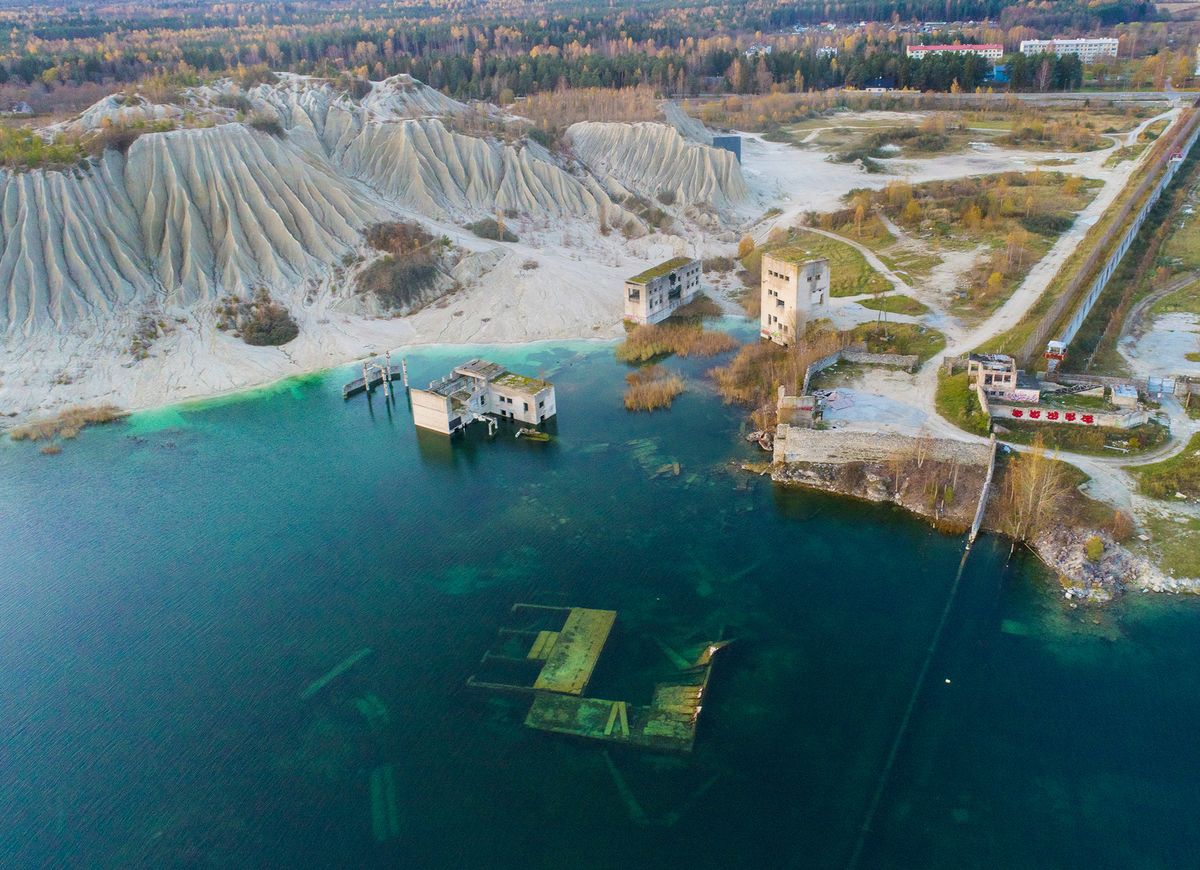 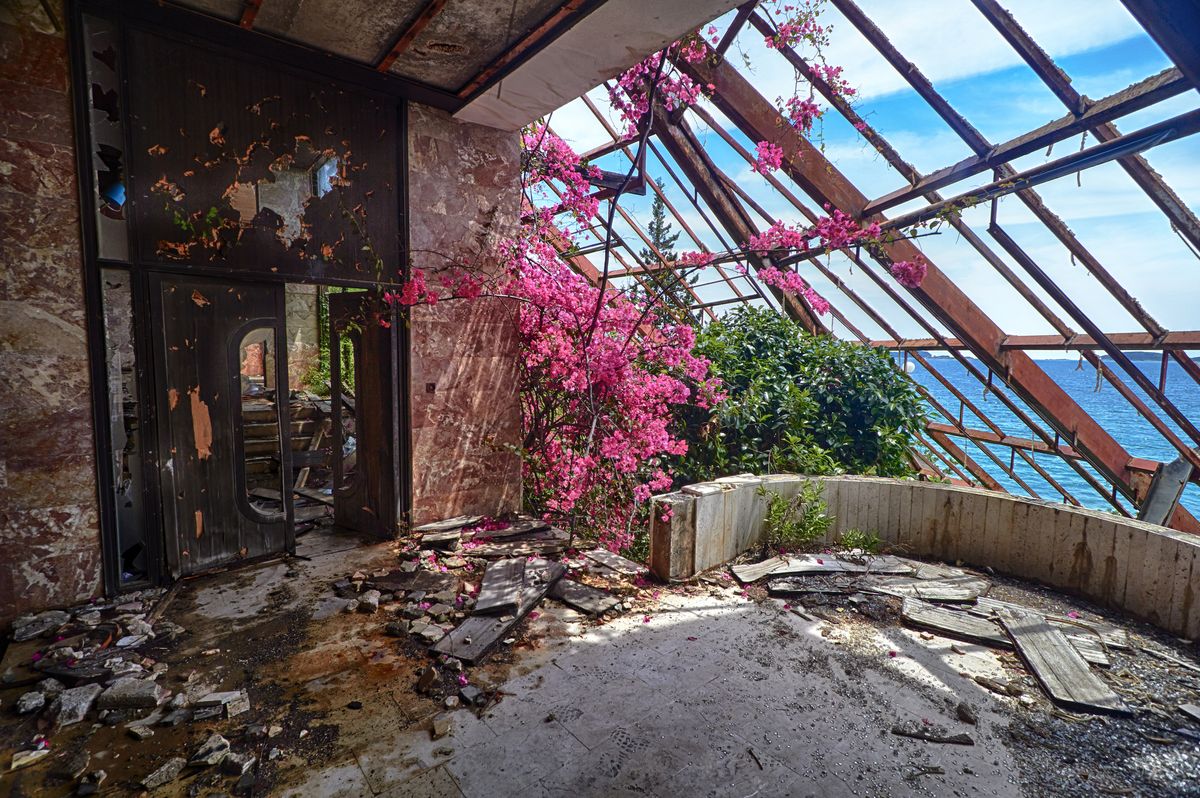 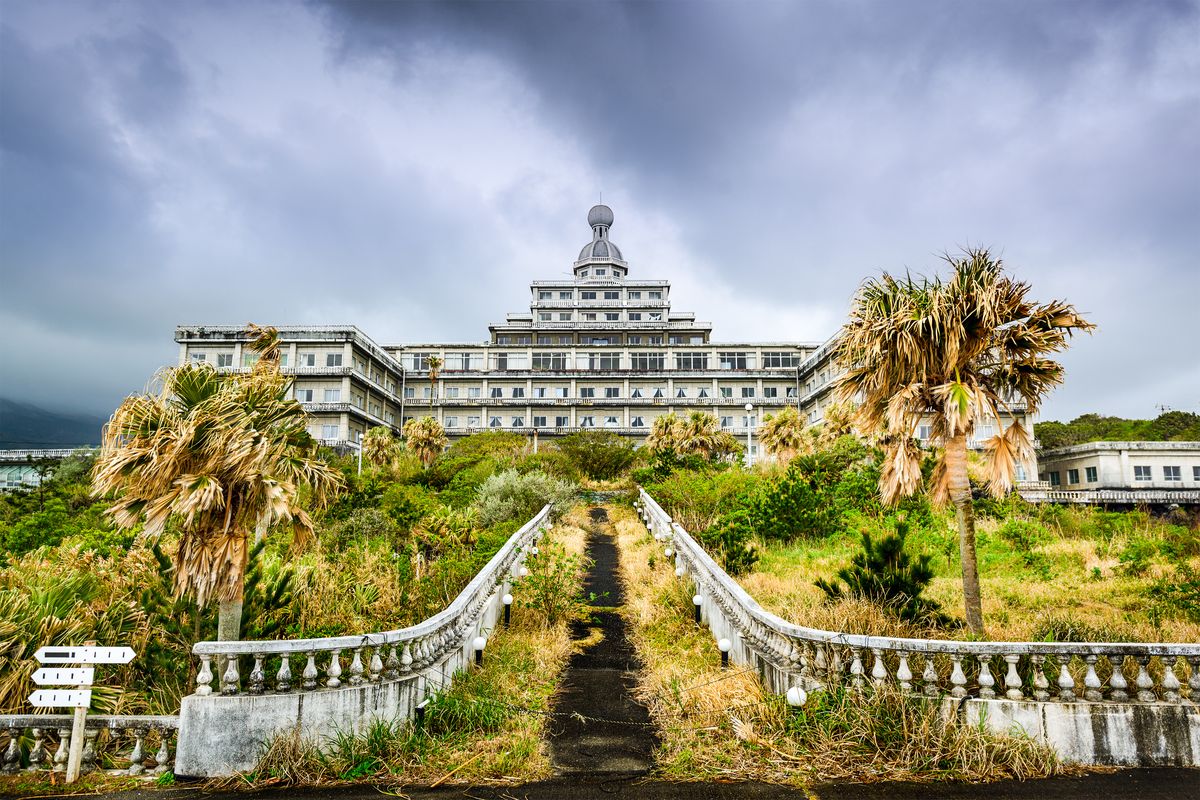 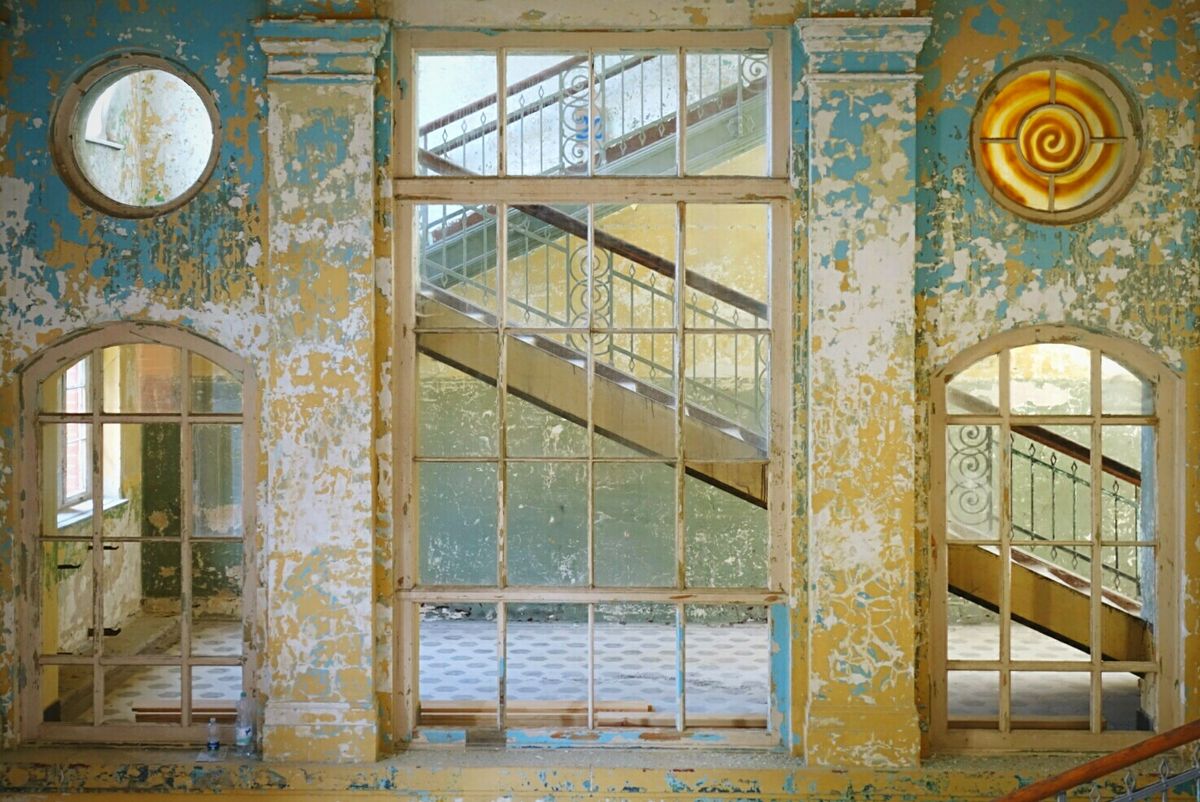 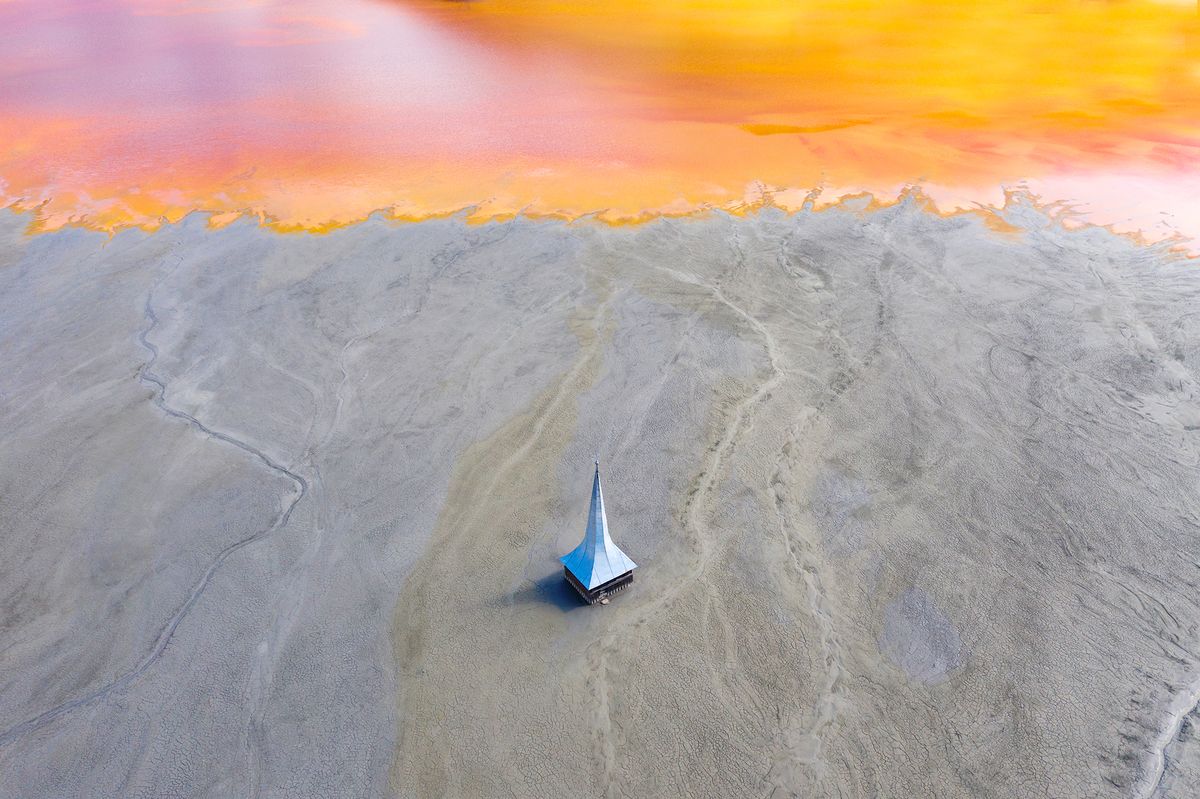 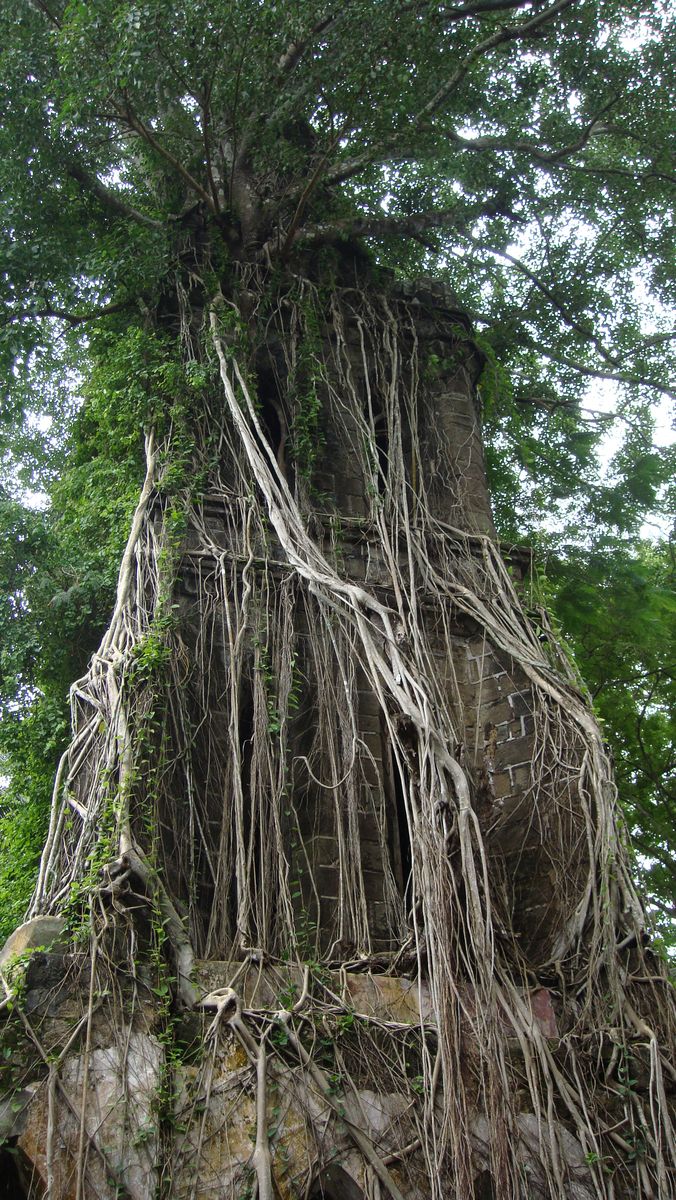 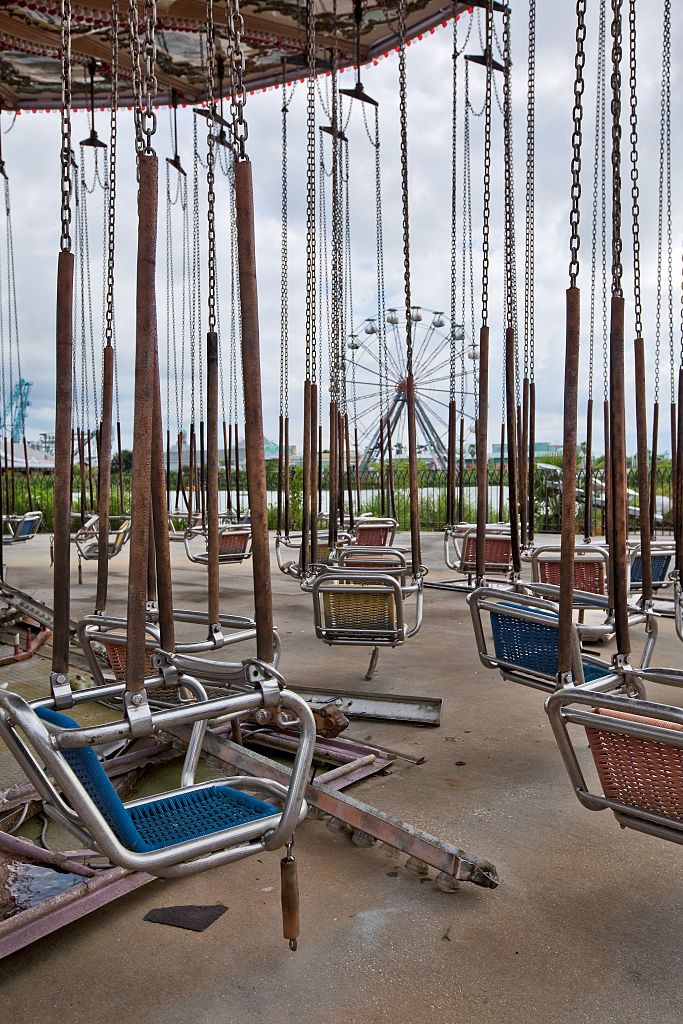 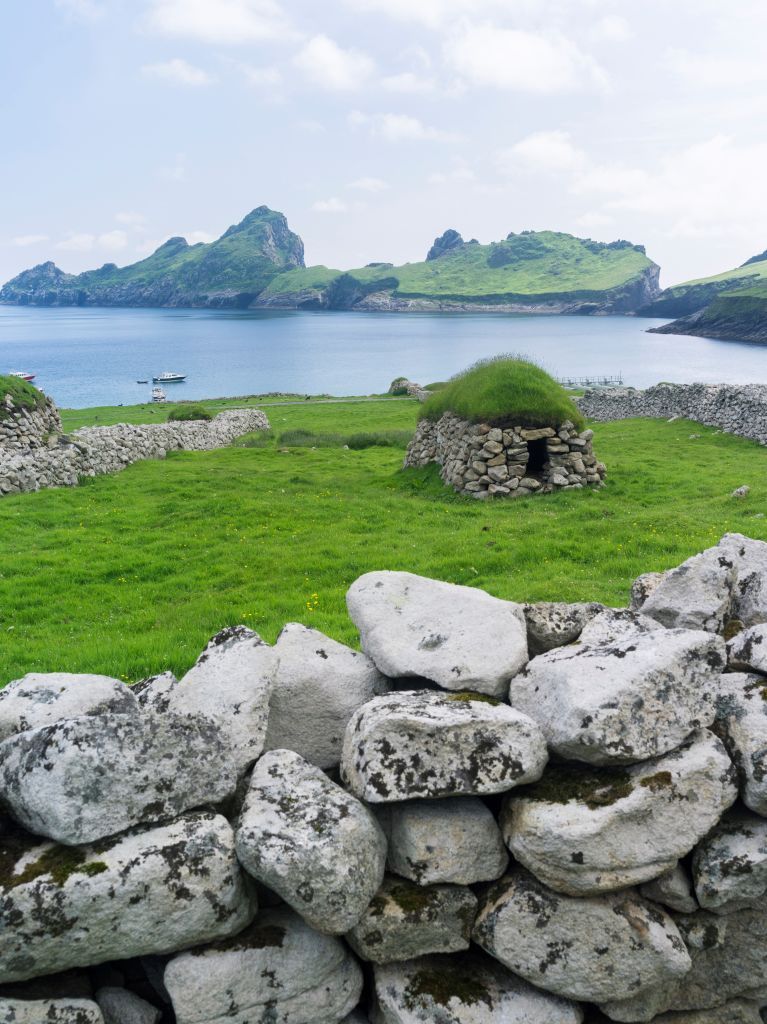 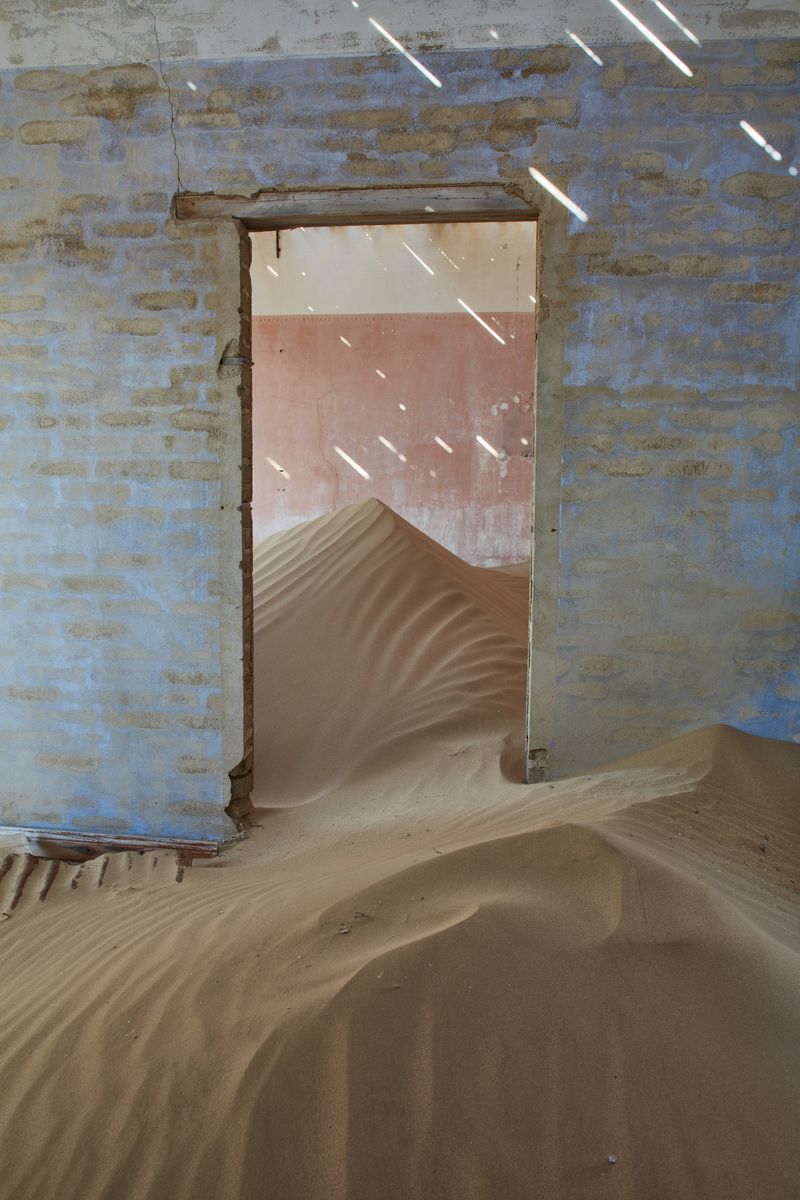 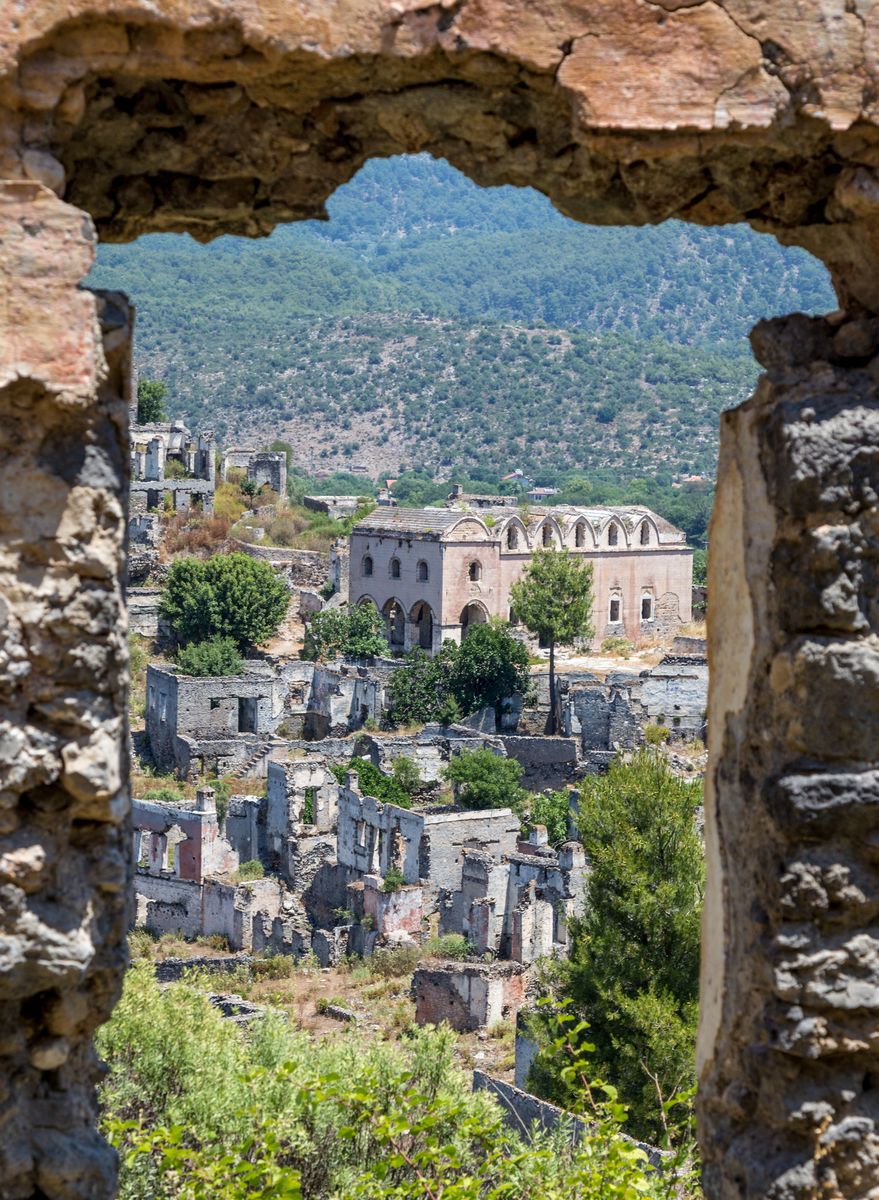 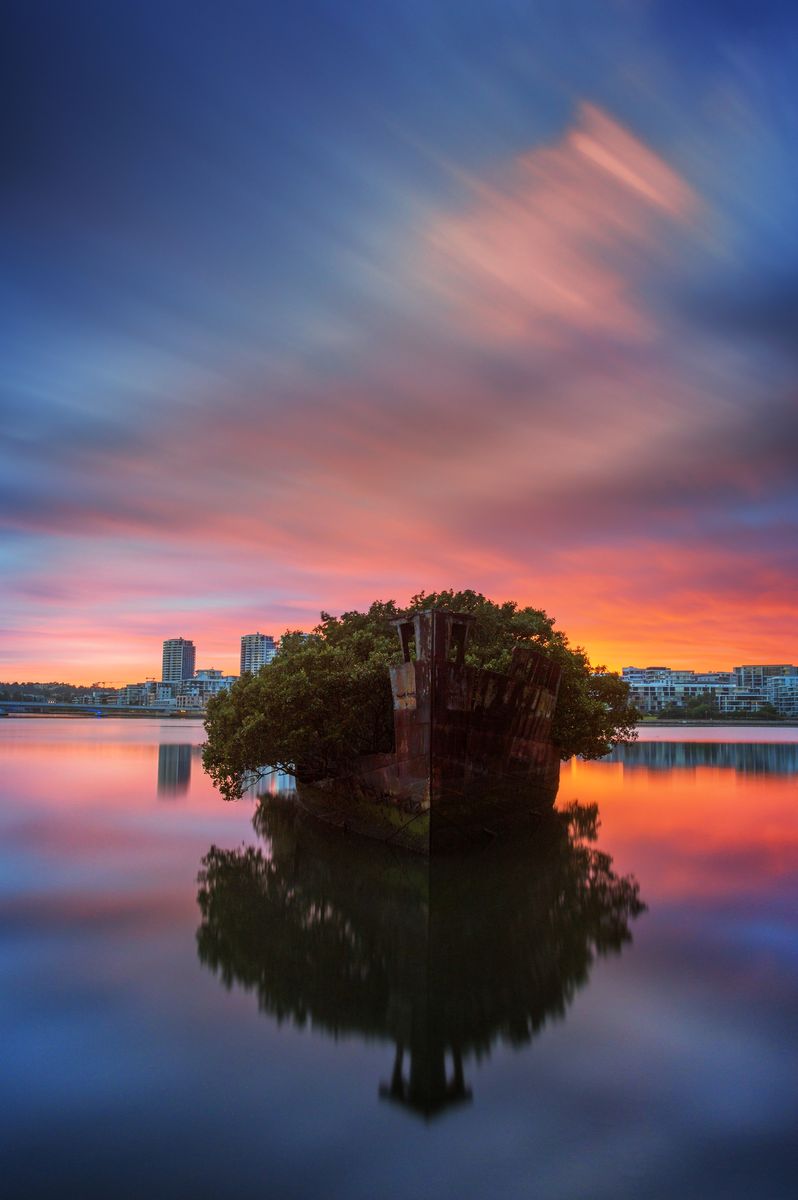 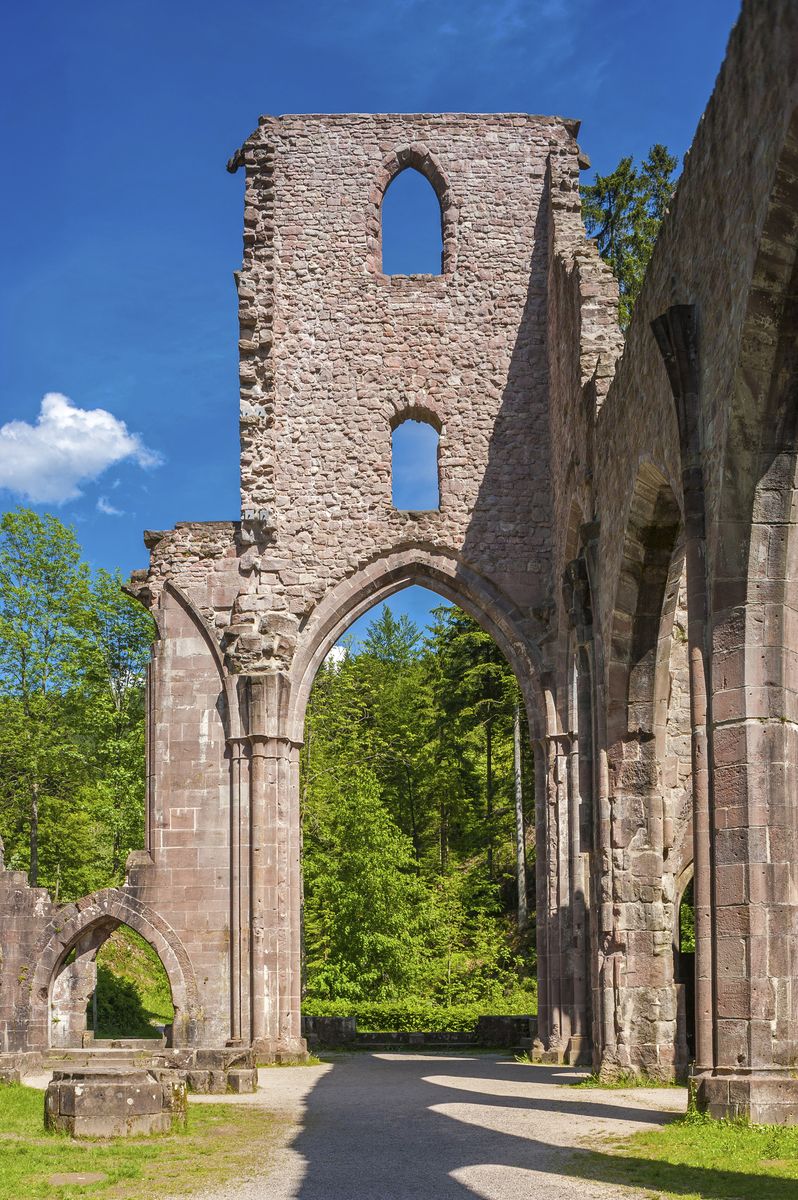 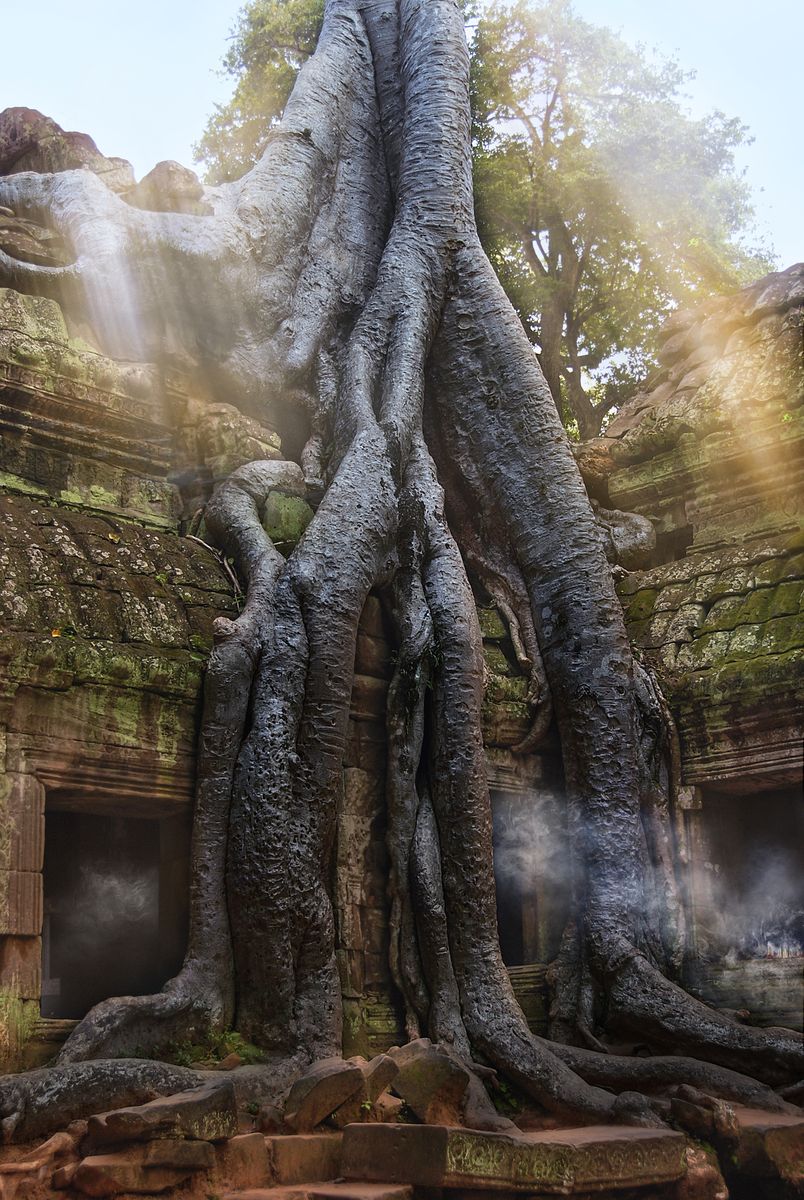 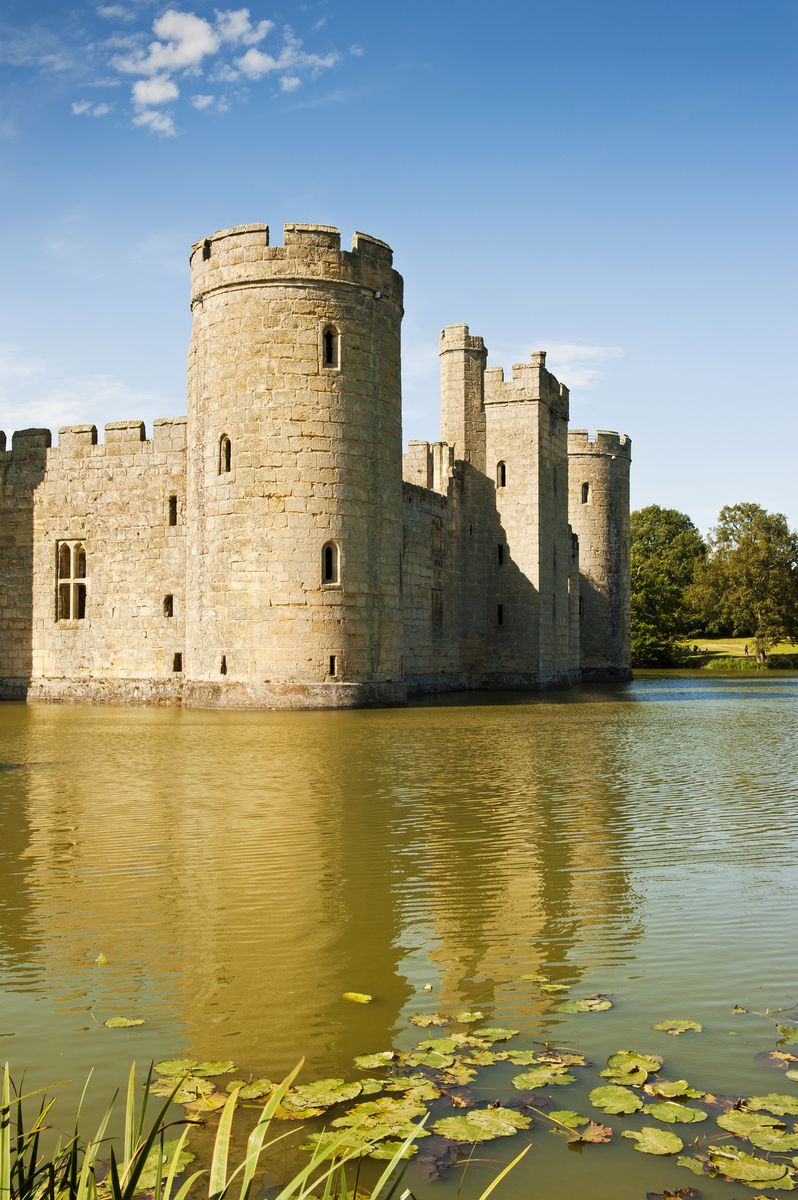 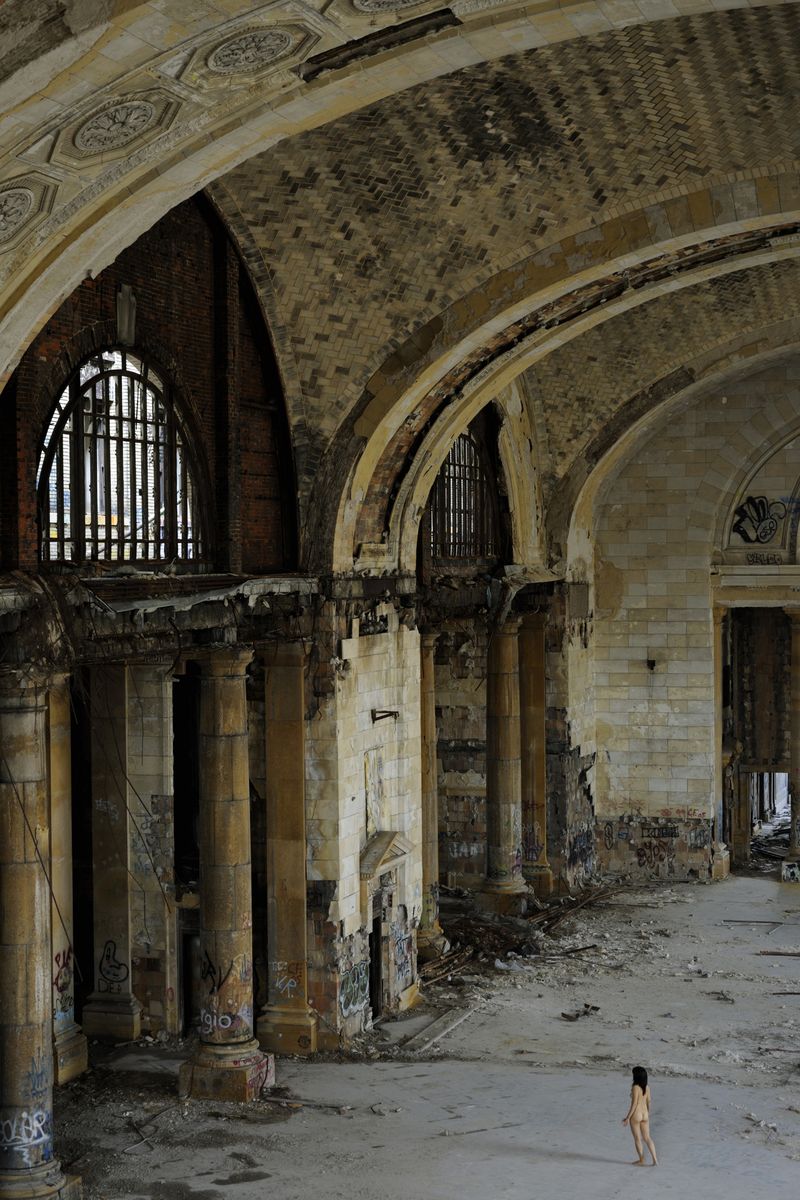 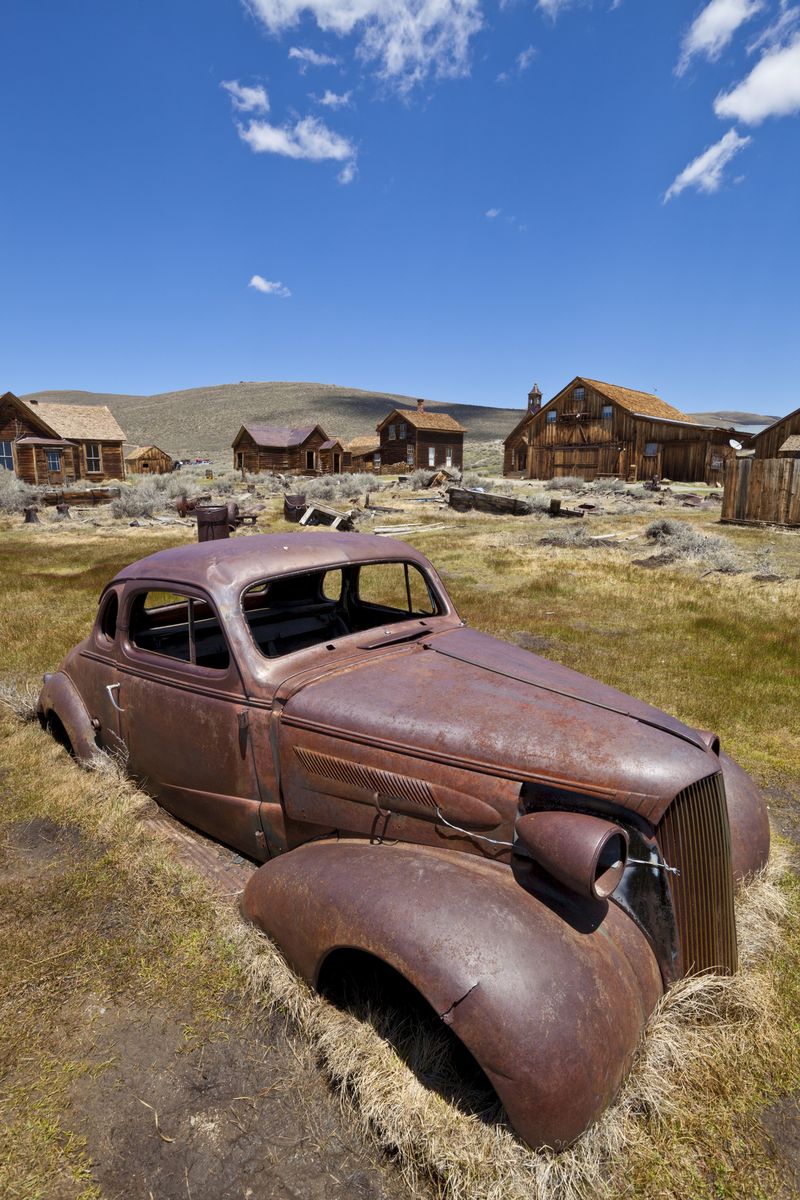 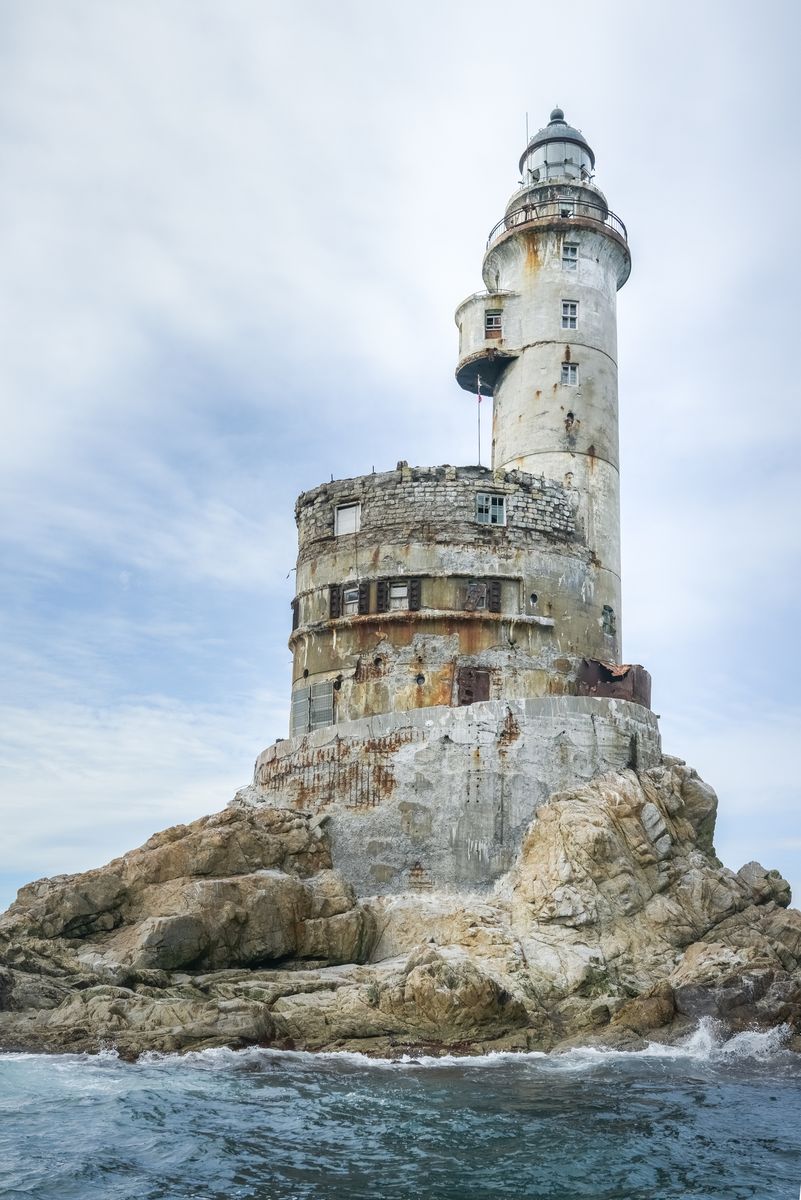 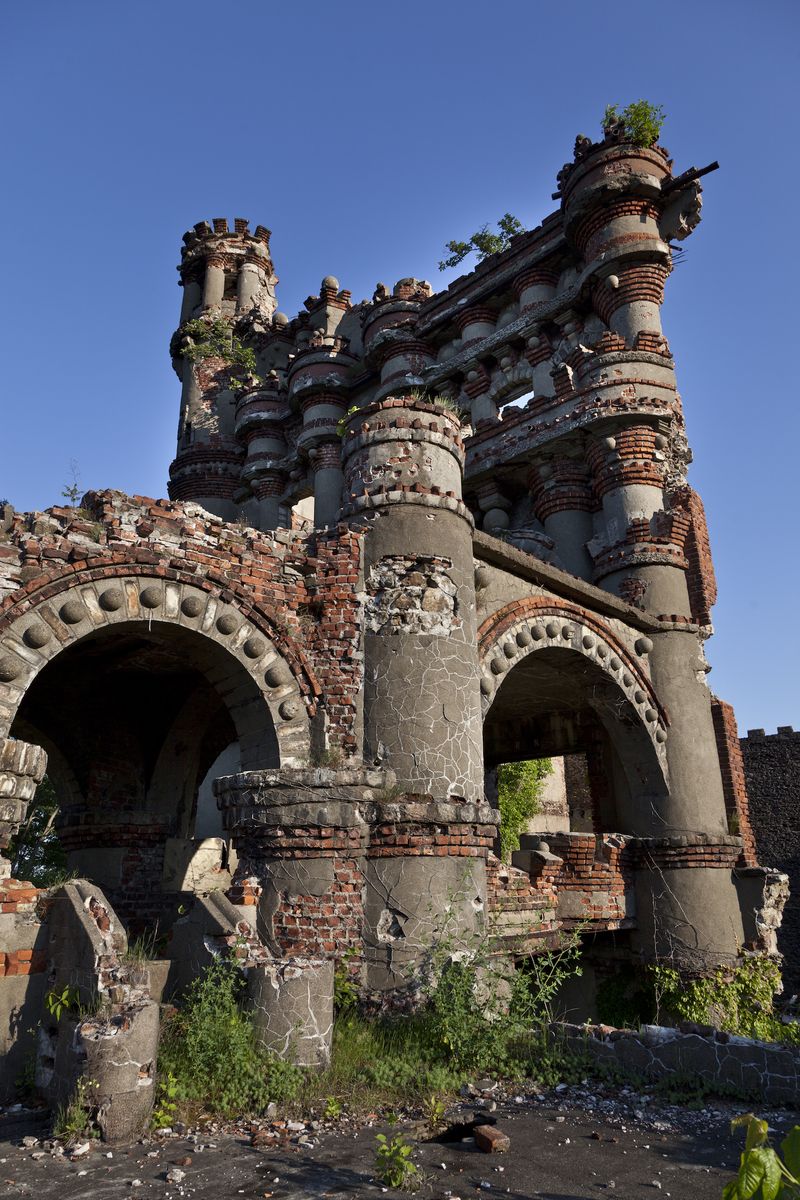 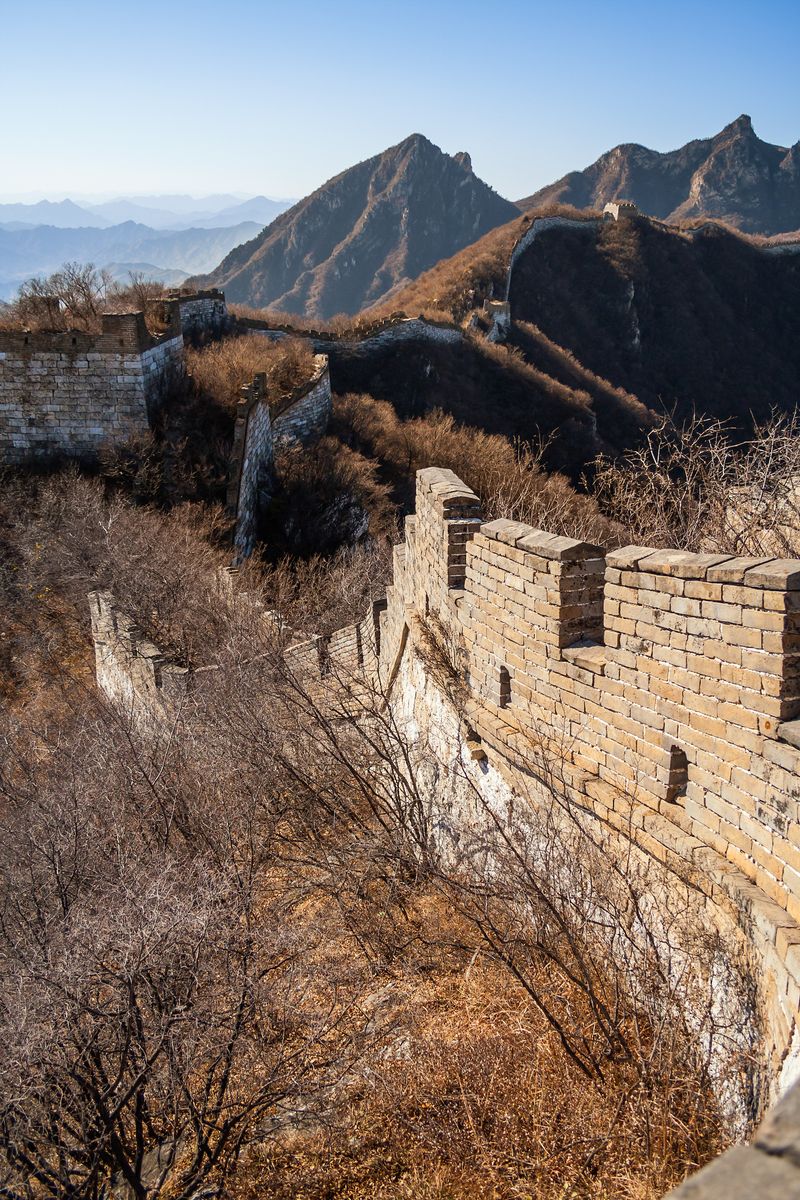 Though apocalyptic, there’s something beautiful about abandoned places. The clocks have stopped ticking and there’s not a soul in sight, but the shell of what used to be remains. Abandoned places show us what happens without consistent human upkeep—and perhaps what could even happen to the places we love and frequent. These spots are haunting, and there is a mysterious beauty in neglect. The following locations (albeit somewhat weathered over time), are some of the most striking we’ve ever seen. Read on to see the most beautiful abandoned places in the world—and learn their backstories. You’ll almost feel voyeuristic looking at them, like you’re witnessing a very intimate piece of someone else’s life…

Shrouded in fog and beguiling fall foliage in the Alaskan wilderness, the Kennicott Mines and surrounding town are (almost) as creepy as Packard Sawmill in Twin Peaks. The town of Kennecott was once flourishing with copper miners and their families until resources were depleted by the late 1930s and all of the townspeople fled—except for a family of three. It was totally abandoned by the 1950s when the family watching over it finally left.

Though well past its glory days, the international Canfranc train station in Huesca, Spain, still leaves a majestic impression. It was once one of the most frequented train stations in Europe, and the second largest one at the time of its construction in 1928. It was closed when a train derailed on the French side of the bridge.

Though you would never know from looking at its current state, Grossinger’s, in Liberty, New York, used to be a luxurious weekend escape in Upstate New York. In its heyday, it was similar to the resort in Dirty Dancing (some even say Grossinger’s was the inspiration behind the film). Due to an economic downfall in the town, the resort closed its doors in 1986.

Talk about apocalyptic. This semi-submerged prison has a dark past. Prisoners were forced to work in the quarry until it was abandoned in the early 1990s when Estonia gained independence from the Soviet Union. Without any people maintaining the area, it eventually flooded with water. And today, it’s actually a beach—so if this is your idea of a dream beach vacation, go get your scuba diving license and book a ticket.

Bougainvillea and the Adriatic sea rule in this abandoned hotel on the Croatian coast. Hotel Goricina was once a luxe hotel in a Yugoslavian military resort, which was destroyed in the Croatian War of Independence, along with a string of other hotels.

Located on the lush Japanese island of Hachijojima, Hachijo Royal Hotel was once one of the country’s largest resorts. The French Baroque architecture juxtaposed against the moss and overgrown trees is eerie.

Creepy, sure, but the cheerful sky blue paint (or what’s left of it) and that pretty swirly window also remind us of Willy Wonka’s Chocolate Factory. Dating back to the 1800s, this complex functioned as a military hospital during times of war. The surrounding area was abandoned in the mid 1990s when Soviet forces withdrew from Germany.

In the 1970s, copper mining took off in the village of Geamana in the Romanian countryside. When the mining created an enormous amount of toxic waste, the dictator at the time, Nicolae Ceausescu, mandated total evacuation (around 400 families) so the valley could be used as a toxic dump site. Though the town was flooded by an artificial lake and tons of toxic waste, you can still see this resilient tower poking through.

Despite being in existence since 540, much of this town’s population evacuated during the 20th century due to poor agriculture, a landslide in 1963, and a flood in 1972. Now it’s an ancient site so striking that is even that has served as the set for movies like The Passion of the Christ.

A drought in southern Mexico has caused water levels surrounding this 450-year-old church to drop approximately 80 feet. Though the circumstances aren’t exactly something to celebrate, they’ve allowed the temple that’s usually hidden below the water to emerge—a stunning-yet-eerie reminder of how things are not always what they seem.

This fishing village on China’s Yangtze River isn’t your average forgotten town — its lush buildings covered in ivy and greenery are surprisingly tranquil and striking. The Chinese website where they first surfaced called the area the “Wizard of Oz’s dream.”

This flooded church of Saint Nicholas sits in the Mavorvo Lake in Macedonia. The destruction was actually intentional. The lake was created to support a power plant, and the church and surrounding village were merely caught in the wake of progress. What’s left is an eerie juxtaposition of the dilapidated building against the lovely landscape.

Built in 1866, this fairytale-like structure in Belgium was intended to be a summer home, but the designer died before its completion in 1907. Afterwards, it was taken over by Nazis during World War II, served as a summer camp for 20 years, and finally, in 1991, was abandoned because it was too costly to maintain.

Located in South Andaman, India, this island was once a British administrative center for the Indian Penal Settlement. However, after it was abandoned it became overgrown with wild Ficus and now it has a stunning Jungle Book vibe.

This theme park was destroyed by Hurricane Katrina in 2005. Murky water rose as high as six feet and salt water damaged 80 percent of the rides, leaving it too expensive to restore. What’s left behind is like the funhouse version of a theme park—and a strangely beautiful monument to the vibrant city once nearly destroyed by tragedy.

While this was once a lush island occupied by many people, in the 1930s it was evacuated because of the threat of starvation and harsh weather. Now, abandoned stone structures are speckled across the fields.

Just off of the coast of Marco Island in Cape Romano, Florida, is a structure that looks like an abandoned alien space craft, but in reality it was once a vacation home that has since been destroyed by hurricanes. Now, the declining coastline makes it unsalvageable.

The Berlin Historic District was founded in 1897 as part of the mining boom, but never saw the success of other nearby towns and was largely abandoned by 1911. It’s now part of a Nevada State Park.

This town was founded in the Namib desert in 1908 when a man found a diamond in the area, but was abandoned in 1954 after resources were exhausted. The homes that were left are now filled high with sand—a strange, yet striking, sight to behold.

This Scottish castle was built in the mid-1400s and housed some of the most powerful people in the country. However, it was abandoned in the 1700s, and is now one of the most photographed castles, because of it’s (obviously) striking location.

This town nestled in the Taurus Mountains was deserted in the 1920s because of a political population exchange with Greece. Today, there are around 350 abandoned homes in the city.

The SS Ayrfield was built in 1911 and retired in 1972 in the Homebush Bay, which is west of Sydney and basically a ship graveyard. But it’s unique to the other abandoned vessels, because it’s since sprouted majestic mangrove trees and greenery.

While the history of this decrepit mansion nestled in the mountains of Lake Como is not certain, locals believe it was built in the 1800s, and according to rumors, it was abandoned after a murder or suicide.

Located in the German Black Forest, this church was first built in 1192 and has been struck by lightening and burnt up to three times since—which is why it was eventually left in its current form as ruins.

This famous temple in Angkor Wat, Cambodia, was abandoned after the fall of the empire in the 17th century and—after hundreds of years of neglect—became one with the jungle. Today, the ruins are looked after in order to stabilize and maintain the temple.

These forts were created to protect the Kent, England shores from a German attack during World War II. Afterward, they were decommissioned in 1950, briefly served as radio stations for pirates, and are now abandoned completely.

This Roscoe, New York, castle was designed by architect Bradford L. Gilbert for his Scottish wife, Anna Dundas. However, Gilbert died and Dundas was committed to a sanatorium before its completion, so they never got a chance to live in it—but some say Dundas’s ghost still roams the halls.

This moated castle was built in the 14th century in East Sussex, England, by a knight looking to protect the area against the French during the Hundred Years’ War. But after surviving several wars, it was abandoned, and today it serves as a tourist attraction that’s open to the public.

You might be surprised by the location of this gorgeous church: Gary, Indiana. It cost $1 million to build in 1926 and once had a congregation of more than 3,000, thanks to the booming steel town, but as employment declined and crime rose, the church population dwindled and it was abandoned in 1980.

Opened in 1928, this Colombian hotel catered to tourists visiting the nearby waterfall. It was closed down in the early 90s, and today stands abandoned. Many people believe it to be haunted.

Recognize this gorgeous building? That’s because it was used in Eminen’s movie, 8 Mile. The Detroit train station, built in 1913, ultimately closed up shop in 1988.

It’s a rare sight to find NYC subways empty, so the abandoned City Hall stop proves how beautiful they actually are when not swarmed by masses of people. Since this stations curve made it unsafe for newer, longer trains, it was closed in 1945.

This house was all that’s left of what was once a small island colony in the Chesapeake Bay. Thanks to erosion of the island’s coast, inhabitants were pushed off the island. This house ultimately collapsed as well in 2010.

Often said to be the best ghost town in the West, the former mining town in the Sierra Nevadas feels frozen in time. Visitors can stroll the deserted streets, peek in the windows of the church, schoolhouse, barbershop, and saloon, and scope out the several old relics that still remain intact today.

This now-abandoned lighthouse in Russia was built by the Japanese in 1939. After much conflict, the Russians annexed it during World War II.

This castle was intended to be used as storage for American military supplies after the war with the Spanish, but in 1920, 200 pounds of ammunition went off, leaving it mostly destroyed.

Due to its immense size and cost of upkeep, parts of the Great Wall of China have fallen into disrepair. Wild overgrowths now fill the walkways with thick shrubs, grass, and weeds.

Airbnb Teamed Up With Bill Nye and Olivia Wilde to Create Online Field Trips for Kids
Recent Posts
This website uses cookies to improve your user experience and to provide you with advertisements that are relevant to your interests. By continuing to browse the site you are agreeing to our use of cookies.Ok