Swimming in a fervedouro feels a bit like floating in a pool of champagne, as water from a subterranean river gurgles up from a rupture in the earth, pushing up a froth of fine pink sand. Although its Portuguese name translates as “boiler,” a fervedouro isn’t a hot spring.

In Jalapão State Park, fervedouros are unique karst springs that provide a cool oasis in Brazil’s dry Cerrado, South America’s largest savanna. Fervedouro do Ceica is the biggest such spring known in Jalapão.

Located amid the otherwise dry topography of Jalapão State Park, in Brazil’s Cerrado region, these cool, cyan pools are actually karst springs. But the unique appearance of the fervedouros is unlike any other karst springs in the world.

Established as a park in 2001, Jalapão was until recently not well known in Brazil. It covers approximately 400,000 acres in a remote northern corner of the Cerrado, South America’s largest savanna, which separates the Amazon from the Atlantic Coast. The park was left virtually untouched by the agricultural industry for centuries. To reach Jalapão, visitors must fly into Palmas, capital of the Brazilian state of Tocantins, and drive five to six hours eastward on unpaved roads.

Sunset from Jalapão’s golden dunes gives another perspective on one of Brazil’s newest parks. The dunes were formed by the natural erosion of a nearby mountain.

(Related: Our Best of the World 2021 list will inspire your next journey.)

Its inaccessibility kept Jalapão obscure—until the debut of O Outro Lado do Paraíso (The Other Side of Paradise), a popular 2017 soap opera that set its characters’ love triangles and land disputes in the park. The show tripled tourism to the region practically overnight.

Brazilian audiences were especially captivated with images of the rare fervedouros. A constant upflow of clear water buoys swimmers, and tropical flora shades the perimeter. Many travelers never get beyond this pocket of paradise, but there is so much more to the park, including turquoise waterfalls and golden sand dunes.

A limit of eight people at a time keeps the Fervedouro do Rio Sono from being overwhelmed.

Asphalt roads end at Ponte Alta, one of the last villages visitors see before entering Jalapão State Park in this remote region of Brazil.

Tourism Tocantins reported that between 2015 and 2019, the number of people visiting the park’s dunes increased by more than 200 percent, to 33,616 visitors registered in 2019, an overwhelming majority of whom were Brazilian. Before the coronavirus pandemic gripped the world, tourist dollars were flowing into the area surrounding the park for the first time and new businesses, such as tour operators and hotels, launched in the nearby towns of São Felix and Mateiros.

(Related: In Mexico’s vibrant forests, locals adapt to a year without tourists.)

After the governor of Tocantins closed all the parks in March, Jalapão reopened in October with the announcement that new investments would enable the paving of 31 miles (50 kilometers) of road connecting the towns of Ponte Alta and São Felix. Yet even when the new road is built, most of the park will likely remain a wild, off-road destination, in keeping with its unofficial catchphrase: Jalapão is brutal.

For tourists, the rough conditions are an inconvenience to endure, but for the people that live in the park—a Quilombola community descended from escaped enslaved people who had settled throughout the Brazilian interior—the rough roads make it extremely difficult to travel in and out of the park to Palmas for healthcare. As tourism grew, some people called on the government to pave more of the main accesses, but others worried about the implications new roads might have on the park’s sensitive ecology.

One of several frosty fingers in the Southern Ice Fields within remote Torres del Paine National Park, Grey Glacier stretches nearly 12 miles through a landscape of spindly Patagonian peaks. Its front, filled with whipped and blue-tipped miniature mountains, tumbles into Grey Lake. There, ice chunks float silently like pieces of fallen sky, somber evidence of the mighty glacier’s quickening retreat. Take a boat ride or kayak to its towering terminus or hike the lake’s perimeter for incredible panoramic views.

In a remote corner of Venezuela, the Churún River freefalls 2,600 feet off the edge of cloud-capped Auyán-tepui to form Angel Falls. Nearly nineteen times taller than Niagara, it’s the world’s highest uninterrupted waterfall. Unlike other massive cascades that roar and rumble where they hit the ground, Angel Falls’ streams dissipate into a fine mist casting off colorful rainbows along its enormous vertical drop. The river resumes at the mountain base and continues through jungle to Canaima camp, the starting point for most excursions to the falls.

Just outside Quito, the Avenue of Volcanoes contains seven sky-scraping points topping 17,000 feet. See the entirety of famed Cotopaxi’s perfect conical shape from the reforested pine and cypress slopes of lesser neighbor Rumiñahui Volcano (it tops out at 15,500 feet), or, navigate through the wild terrain past grazing alpacas with a drive south along the Pan American Highway.

Like ruffled sheets of white sand, the rolling Lençóis Maranhenses dunes stretch as far as the eye can see. Between the months of January to June, heavy rains and impermeable bedrock conspire to break up the monotony, trapping sparkling blue-green pools between the mounds, and reviving dormant resident wolffish. The desolate landscape in northern Maranhão state sits just inland from the Atlantic and was protected as a national park in 1981.

In desolate Paracas Natural Reserve where subtropical desert meets Peru’s chilly southern coast, seafoam blue-green waters of the South Pacific collide with Red Beach. This eye-popping combo of complementary colors was made possible by eons of waves pummeling nearby Punta Santa Maria massif, turning its pink granodiorite rock into sand. And, thanks to the Humboldt Current, which pulses nutrient rich water along the coast, the colorful shoreline is also a hotbed of life where orcas, sharks, schools of fish, otters, sea lions, and some 225 species of migratory birds thrive.

Sunbaked Isla del Sol wows with white sand beaches and rocky cliffs that could be mistaken for the Mediterranean. That is, if it weren’t for the distant snowy-mountain views. While most islands’ shores are at sea level, Isla del Sol is no ordinary island. Its shoreline rests at a cool 12,500 feet in the southern part of ancient Lake Titicaca, formed some three million years ago. The island’s beauty has been an open secret for centuries; head inland to explore the forest-claimed Inca ruins that dot the Island.

A profusion of green beckons from Brownsberg Nature Reserve, where more than 1,500 plant species blanket the slopes of a high plateau. Tucked within one of the continent’s least visited countries, you’ll share the wild Guinean moist forest with black bearded saki and howler monkeys, toucans, and hundreds of other colorful birds, as well as the strange red-rumped agoutis.

Between 2005 and 2008, Mariana Napolitano, science manager at World Wildlife Fund (WWF) Brazil, worked with the government to help determine the park’s capacity for tourism, and she raised concerns about what asphalt would mean for the region’s wildlife, such as endangered maned wolves; the rare Brazilian merganser duck, of which there are less than 250 in the world; and any new species yet to be discovered.

“The [current] road makes it slow for cars to move, so there’s enough time for animals to avoid cars. But if you have a paved road, imagine the speed people could achieve,” Napolitano says.

Others, such as Marcello Coelho, a tour guide from Tocantins, have concerns about the fervedouros, which Coelho says need more government oversight. At each spring, a 20-minute limit per group is enforced and signs prohibit guests from applying sunscreen before entering the springs. But, Coelho says, “the natural environment, especially the springs, is suffering as a result of being disturbed by human presence. They need time to recover.”

The tourism boom has economically benefited the region by creating jobs and increasing revenue for businesses operating in the park, the majority of which are locally owned. And although many are calling for hard lines to be drawn during this sensitive period of growth, others, such as Anna Carolina Lobo, a tourism and environmental management specialist with the WWF, believe that this moment is an opportunity.

The Cerrado covers nearly a quarter of Brazil’s land surface and is extraordinarily biodiverse. But it is increasingly vulnerable to deforestation due to soybean farming and cattle ranching driven from the Amazon. More than 40,000 square miles have been destroyed in the past decade alone.

(Related: Inside the faltering fight against illegal Amazon logging.)

Less than 3 percent of the Cerrado is under legal protection, but Lobo hopes that the increased tourism to parks like Jalapão may help raise awareness of the Cerrado among domestic travelers, who might then advocate for more preservation of Brazil’s wild places.

Despite Brazil’s 371 million acres of protected land, Brazilians have never had much of an off-road vacation culture. But when friends bring home stories of wild macaws, blue waterfalls, and majestic plateaus, the untouched beauty of Brazil’s interior becomes a little better understood and a lot more intriguing.

With the reopening of the park and the announcement of new investments in roads and other tourism infrastructure, Jalapão is expected to become the postcard destination of the Tocantins as well as the entire Cerrado, bringing a new era of awareness to a region long overshadowed by the rainier ecosystem next door. 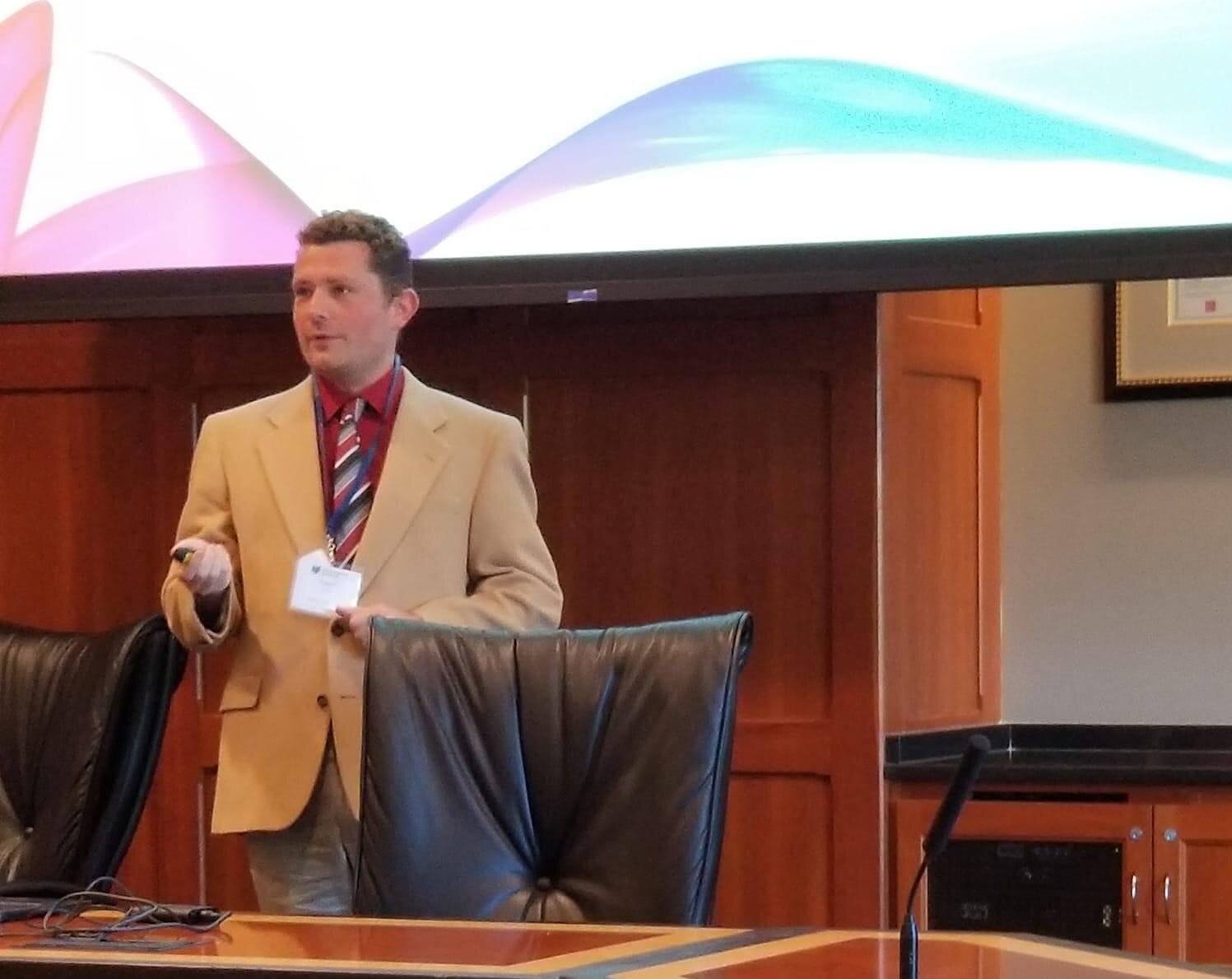