Hockney hotspots: Exploring the glorious Yorkshire Wolds in search of the sights that inspired our greatest living artist

His work The Splash has just been sold at auction for more than £23 million, and huge crowds are expected at London’s National Portrait Gallery from this week to see the first major exhibition of his drawings in two decades.

But the locations that inspired many of the best-loved works of David Hockney, Britain’s most celebrated living artist, remain in a little-known area that attracts few visitors. The Yorkshire Wolds are one of the great undiscovered gems of the English countryside: 400 square miles of glorious rolling chalk hills, woods, valleys and villages between York and the sea.

And to coincide with Hockney’s exhibition, an online interactive map of the Yorkshire Wolds (available at visithullandeastyorkshire.com/yorkshire-wolds/hockney.aspx) has been launched to make it easy to find his favourite spots. 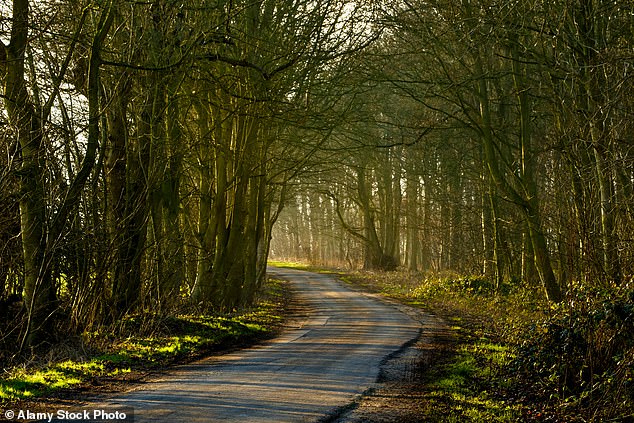 Favourite haunts: The woods that influenced the works of Hockney

Hockney fans will be able to head for the locations of famous works, such as a wooded lane just outside the charming village of Warter. You can stand where he painted Bigger Trees, a 40ft-long work that covered 50 canvases joined together.

You can find his 25 Trees still standing too, opposite the fire station in Bridlington, while the view captured in A Wider Valley is from a lane just outside Millington.

Yet even the most eagle-eyed will struggle to find all of the locations. Sometimes trees captured by him have been felled, or else he used so much artistic licence that the scene is unrecognisable.

For the more casual art-lover, it’s just as much fun to drive around quiet country lanes snaking over the Wolds. It’s not as wild as the Moors or Dales, but the area is much quieter. The prettiest town is Beverley, where Hockney used to attend concerts in the magnificent Gothic Minster. Beverley makes a good base for exploring the Wolds, and The Pipe and Glass, one of Hockney’s favourite pubs in nearby South Dalton.

The whitewashed family-run country inn (pipeandglass.co.uk) has a Michelin-starred restaurant, and B&B rooms in converted stables cost from £200 a night.

Hockney first discovered the Wolds after leaving his Bradford home for summer jobs stacking hay bales near Huggate. He later announced that cycling around the lanes made him ‘fall in love with this part of the world’. Later his family moved to East Yorkshire and eventually the artist abandoned the glamour and celebrity of Los Angeles to live in his mother’s modest former B&B in Bridlington.

Hockney used an iPad to draw a large series of landscapes along Woldgate, called The Arrival Of Spring (pictured) 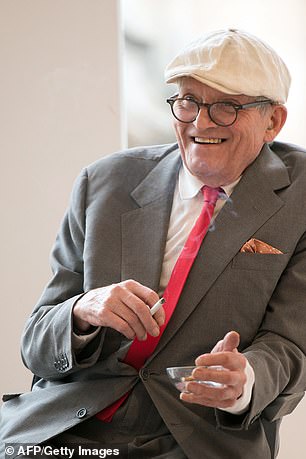 Get a taste of Hockney’s homely lifestyle in Brid (as locals call it) by calling at Fish and Chips at 149 (149fishandchips.co.uk). Hockney regularly tucked into takeaways from this popular chippie, and it is now such a local institution that the Duchess of Cornwall stopped off here during a Royal visit.

Hockney’s favourite drive heads west from Brid on an old straight Roman road, now a scenic single-track lane called Woldgate. It’s one of the best spots for taking in panoramas of soft chalk hills dotted with grazing sheep and occasional smoking chimneys of red-brick farmhouses in the valleys below.

In 2011, Hockney used an iPad to draw a large series of landscapes along Woldgate, called The Arrival Of Spring. They celebrate a time when white hawthorn blossom and wild flowers take over the hedgerows.

Woldgate leads west towards Sledmere House, where Hockney often socialised with his aristocratic friend Sir Tatton Sykes. The grand Georgian home with Capability Brown gardens is open to the public.

Alongside it is the 18th Century Triton Inn (thetritoninn.co.uk), which boasts a historic coat of arms above the door announcing its Latin motto for customers: ‘They can, because they think they can.’ The similarly straight-talking Yorkshire menu is full of delicious gastrofare, while double B&B rooms are available from £85 a night.

Another great place to kick back and relax is Wolds Inn at Huggate (woldsinn.co.uk). This whitewashed 16th Century inn proudly advertises itself as ‘the first pub that David Hockney got drunk in’.

The artist was taken there as a teenager during his summer farm job. Today it’s a thriving village pub with real ales and a mouth-watering menu making the most of local farm produce, such as pork and herb sausages served with mash, or Stilton-stuffed chicken. Double rooms cost from £65 a night but breakfast is extra.

The pub’s tongue-in-cheek advice to customers is to ‘get yourself sat on benches out the front of the pub on a sunny day and give false directions to tourists trying to find the location of Hockney’s Bigger Trees’. Those who know the artist suspect he’d heartily approve of such mischief.