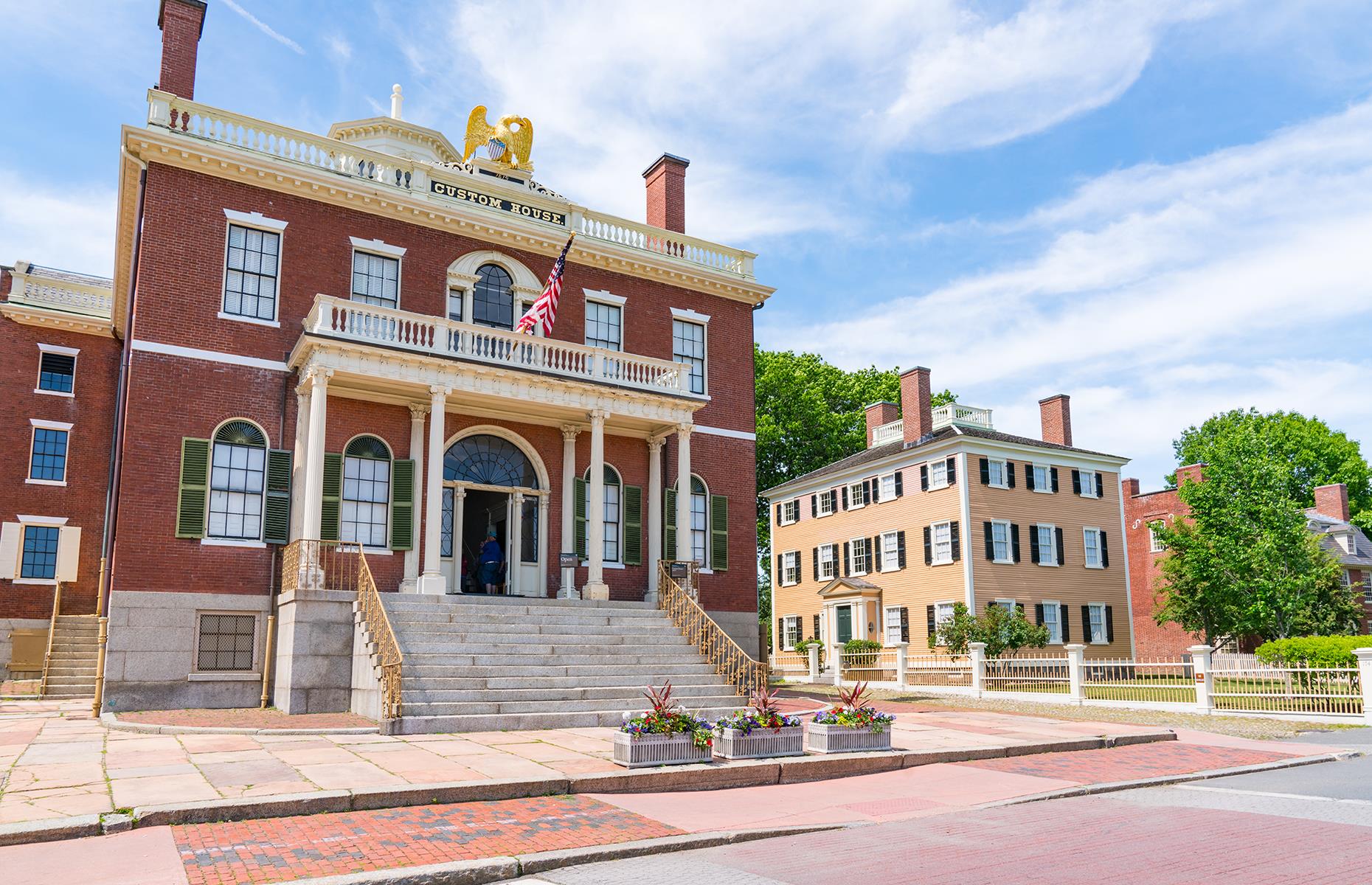 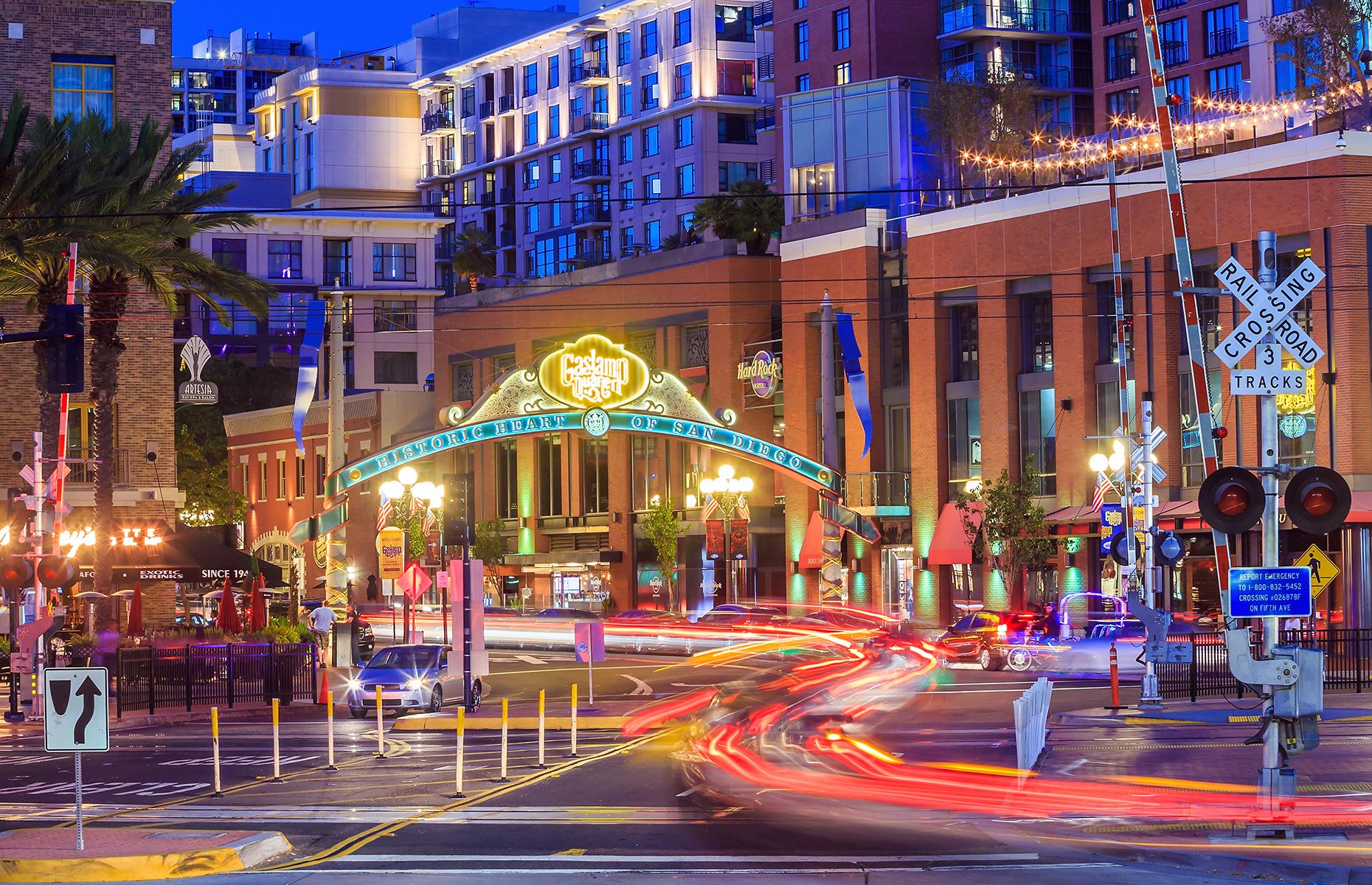 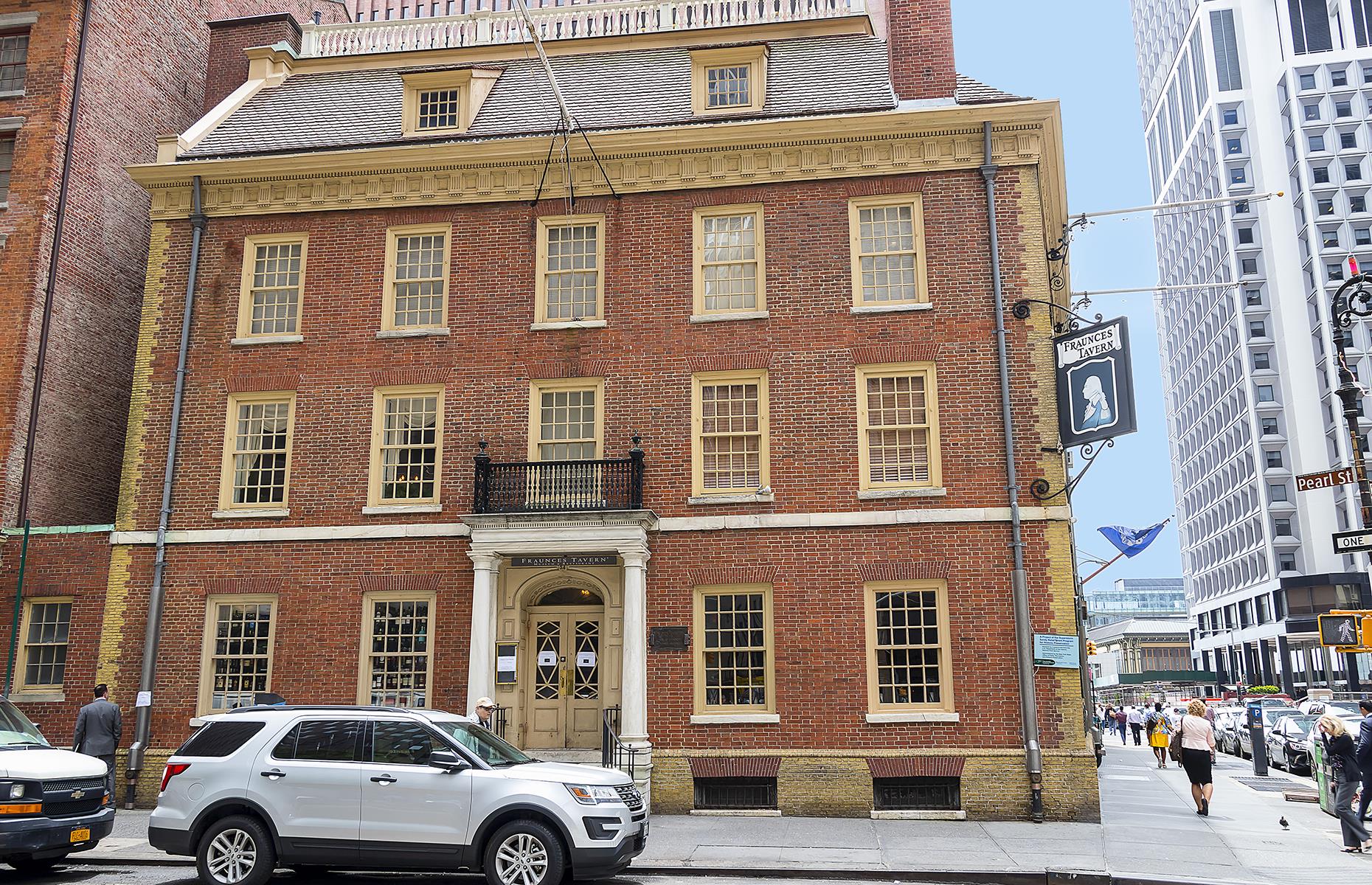 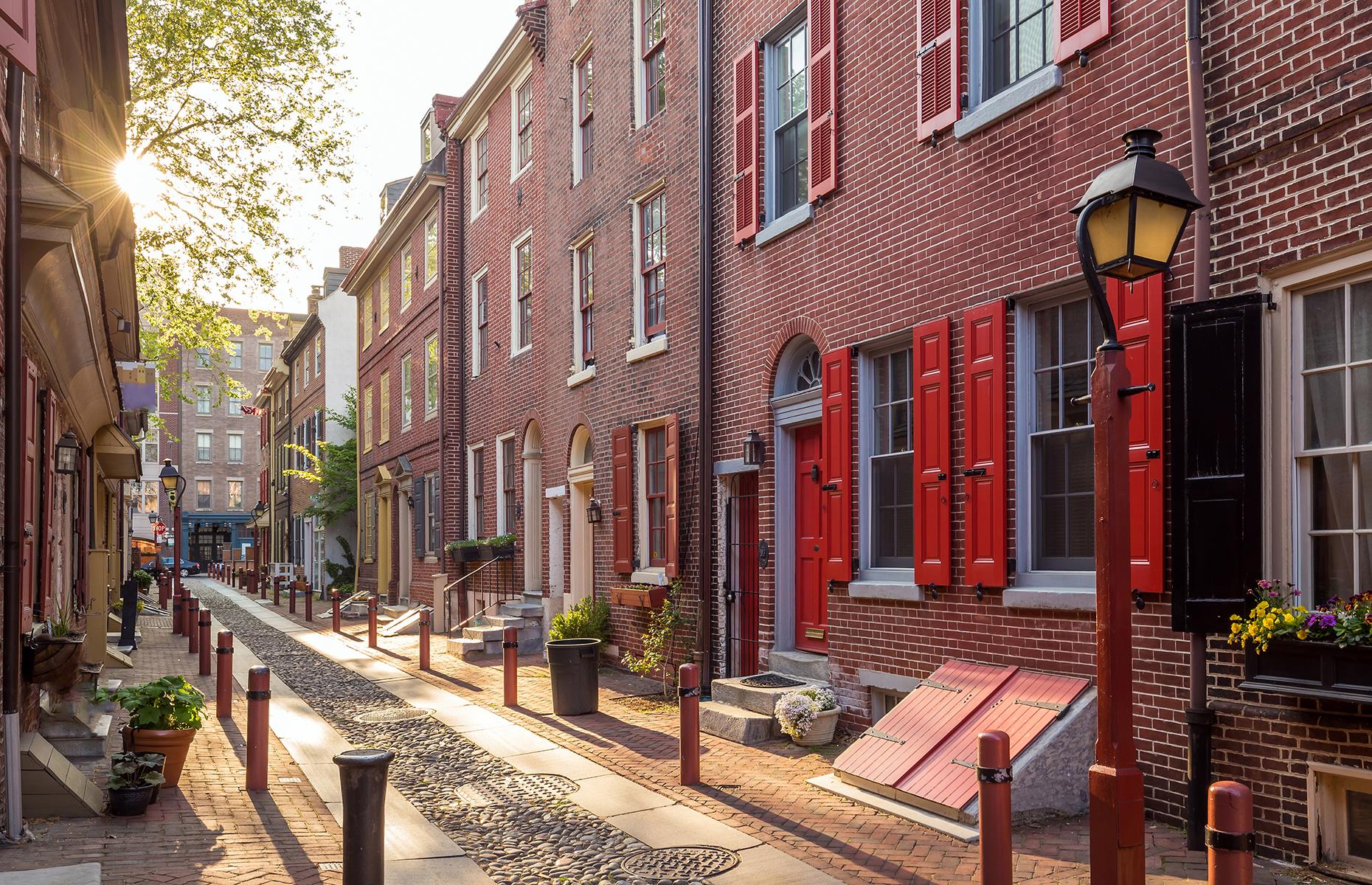 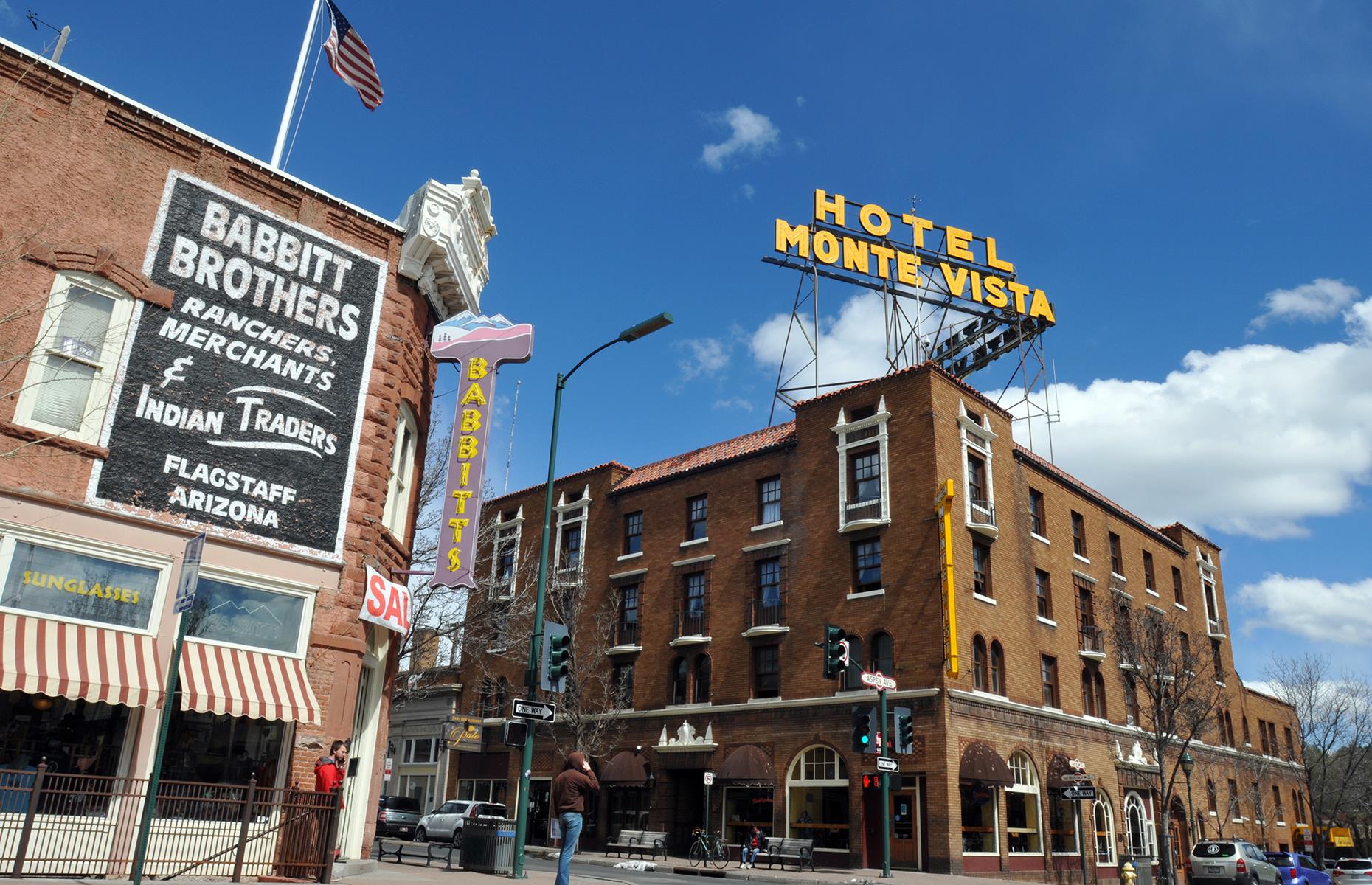 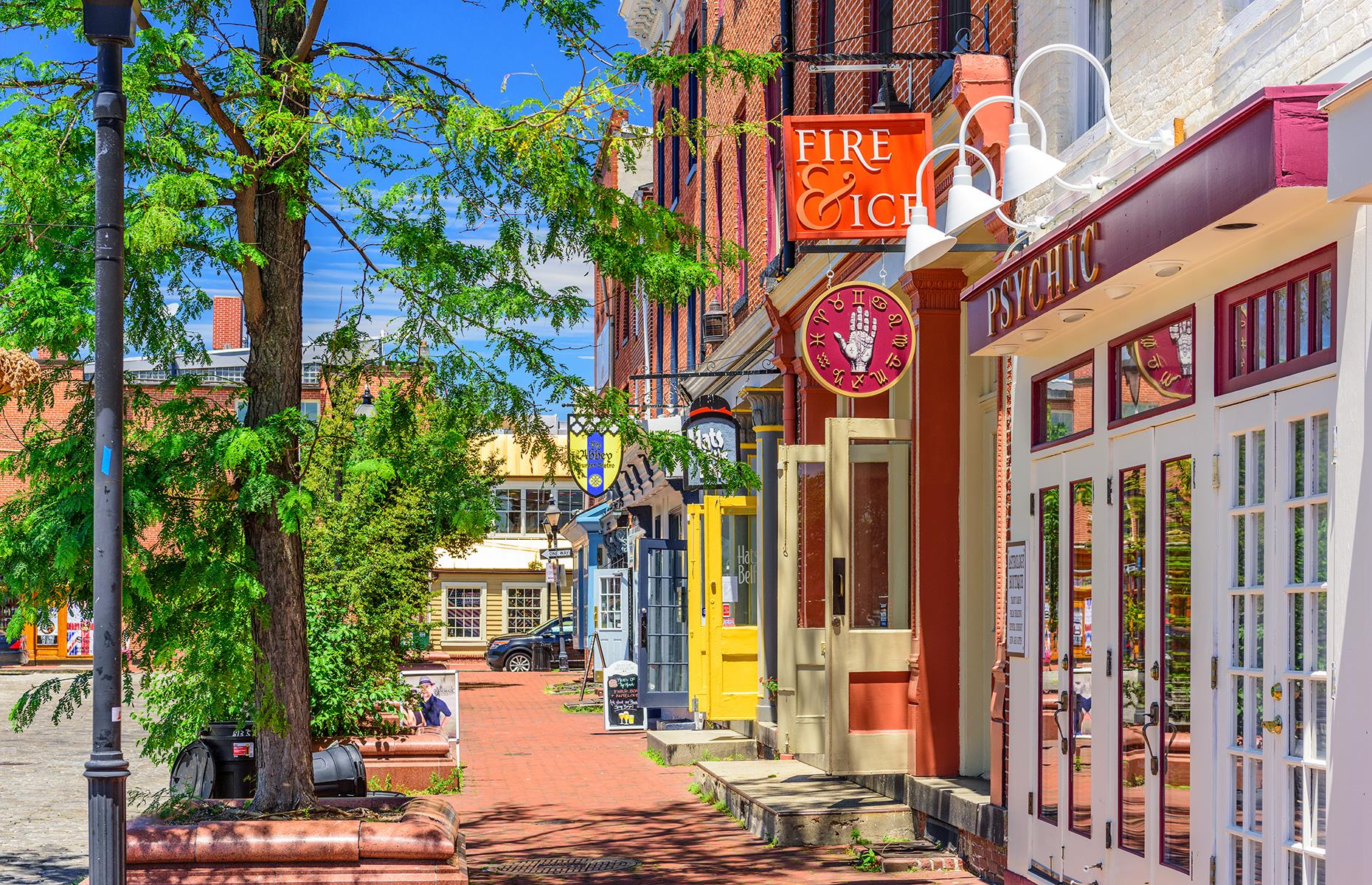 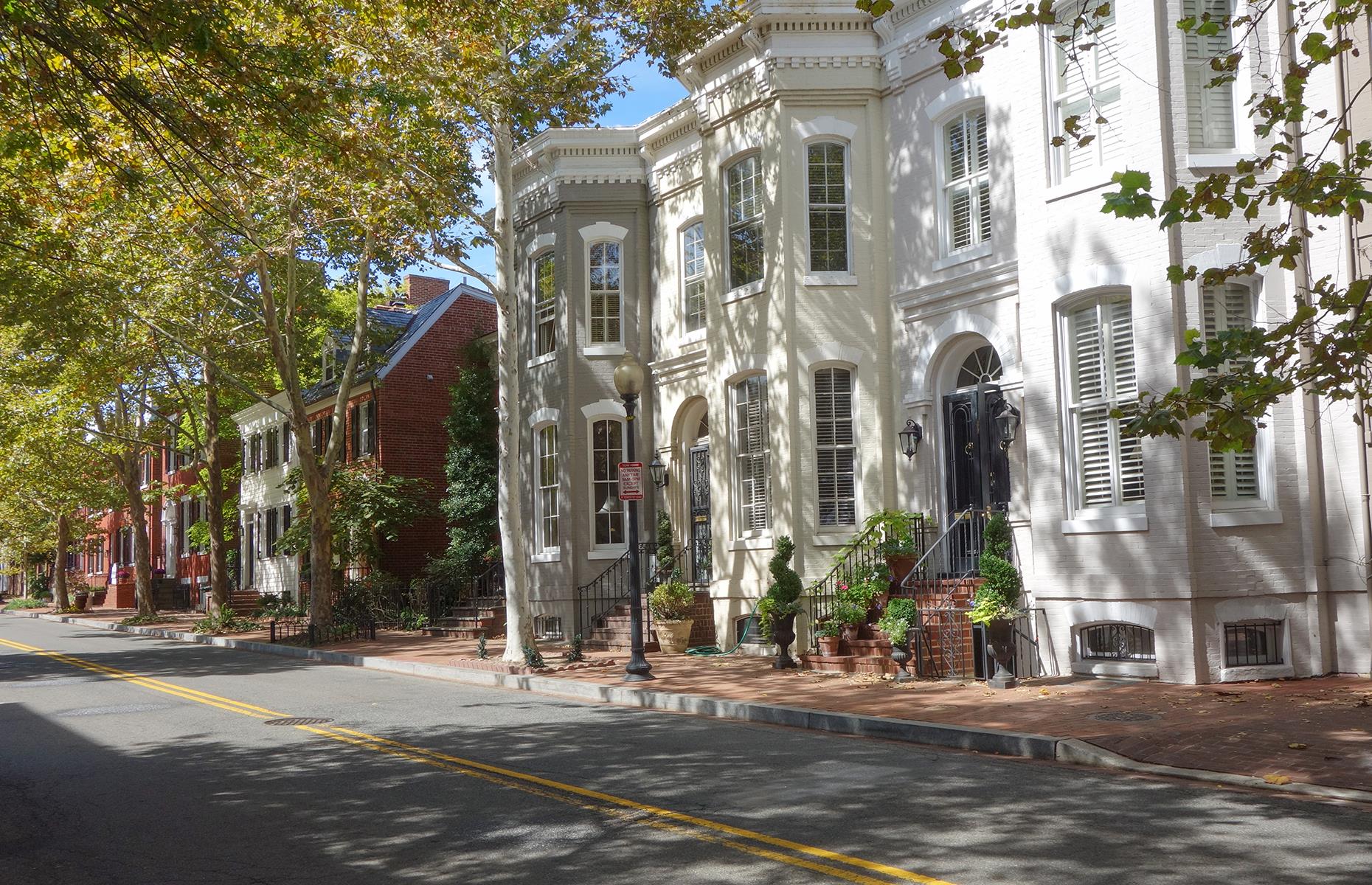 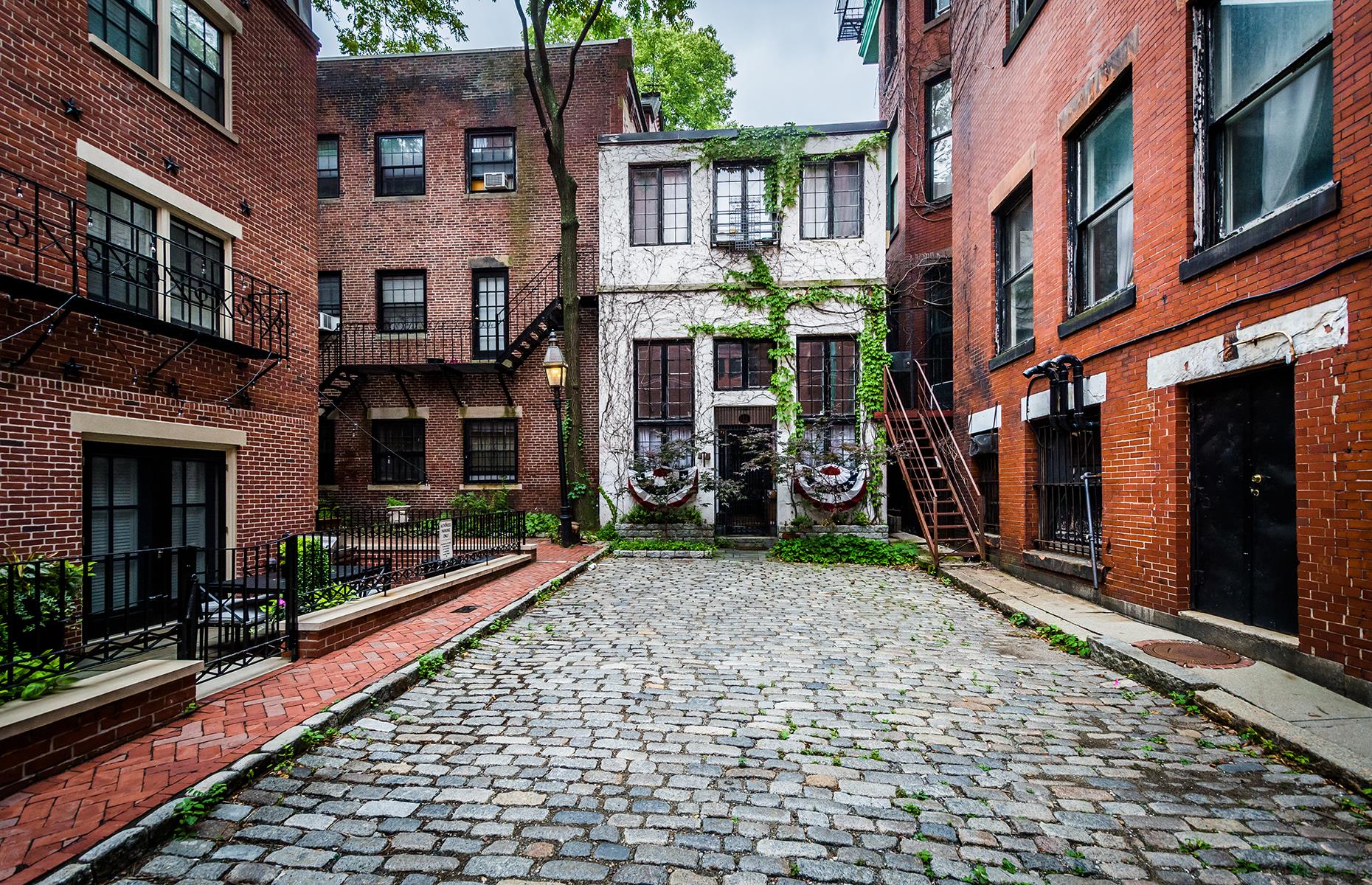 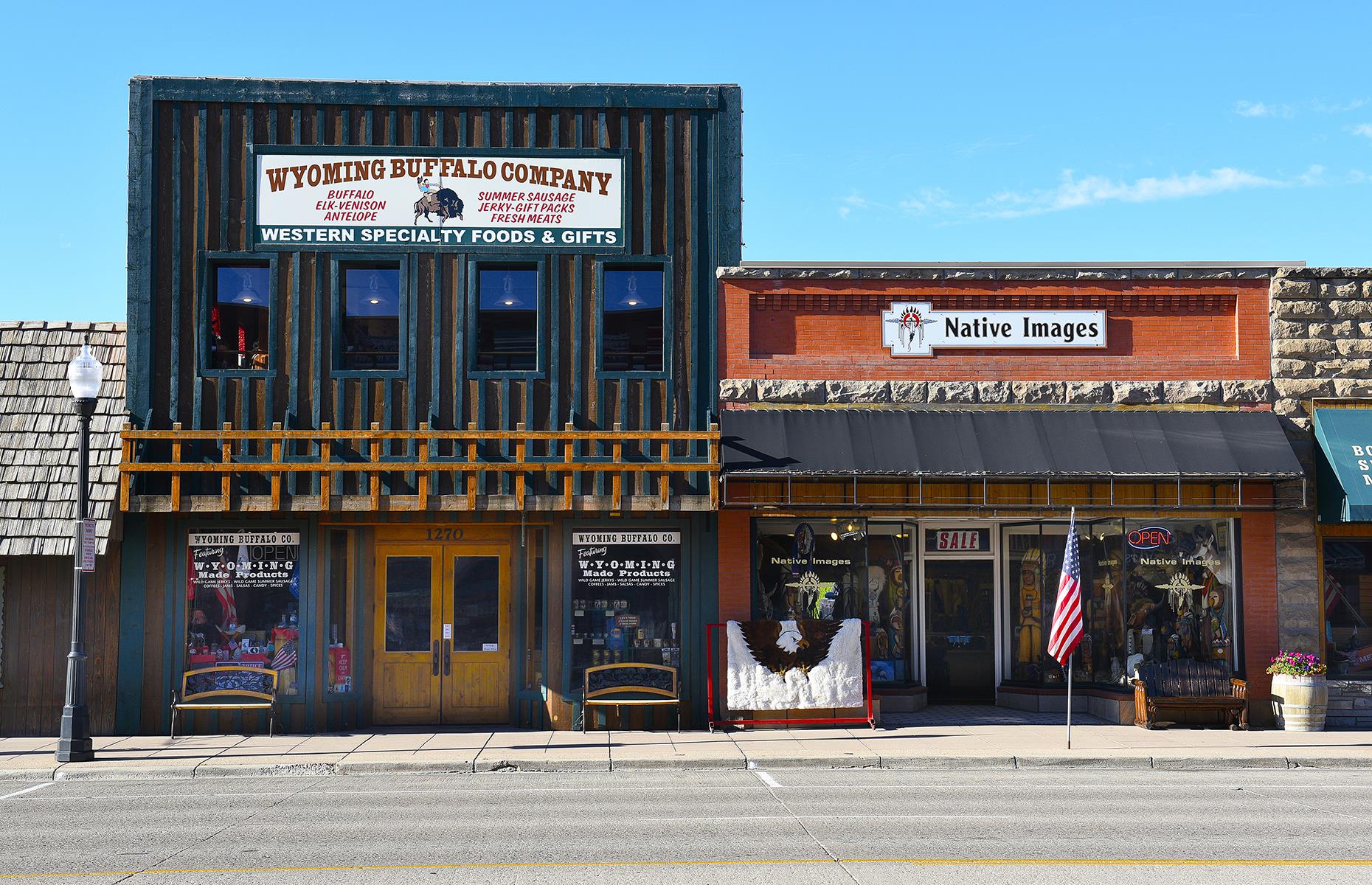 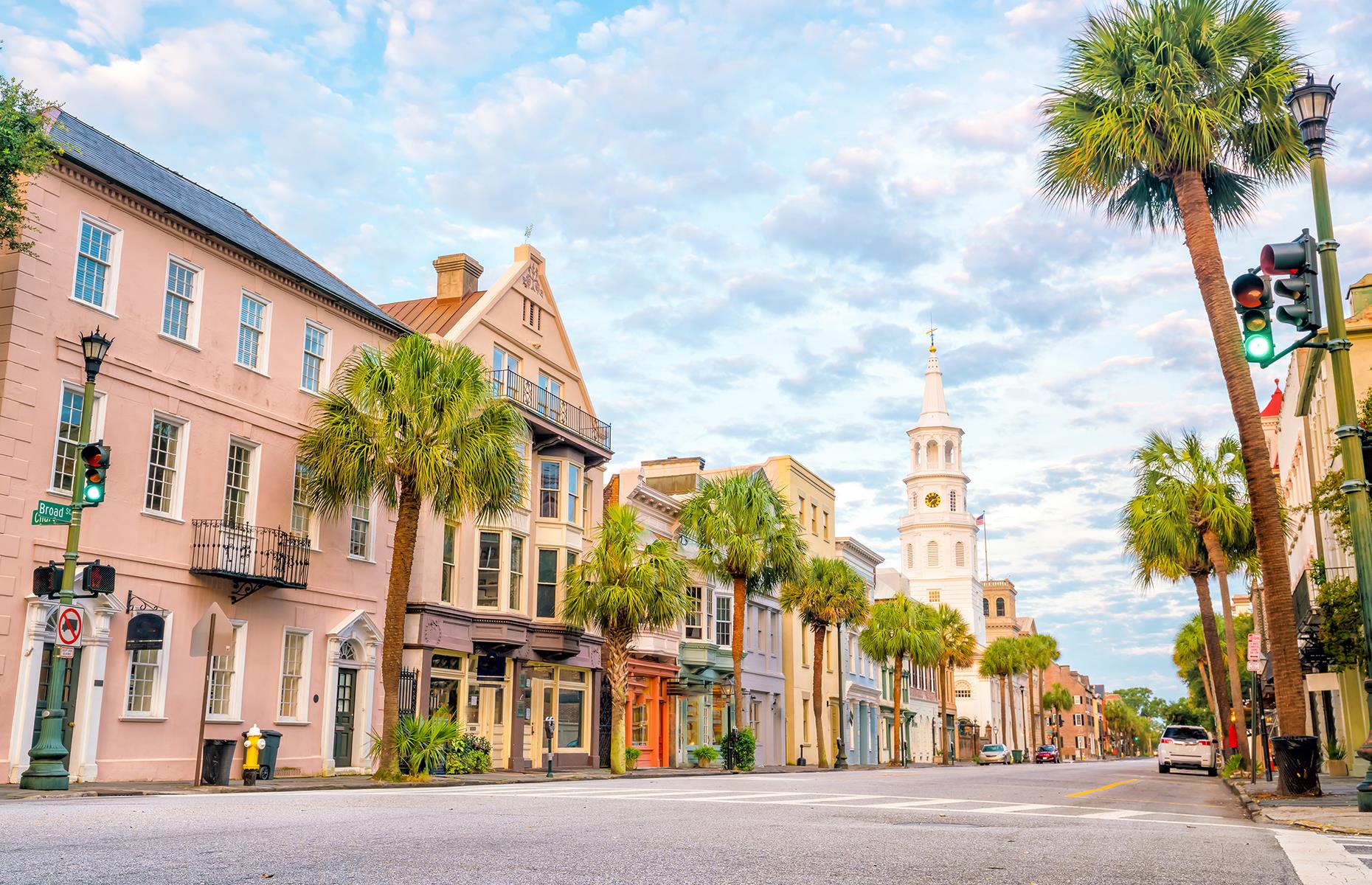 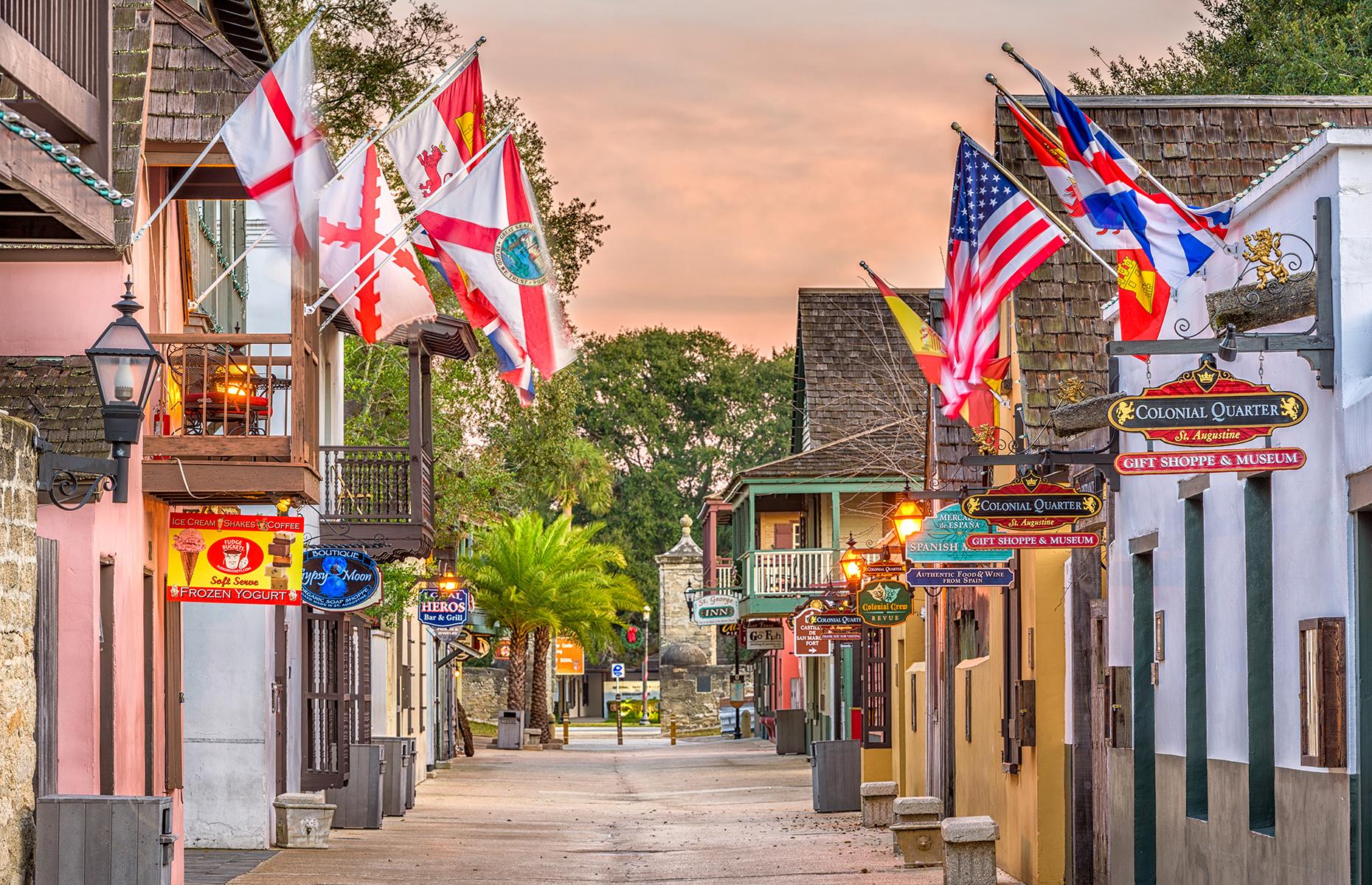 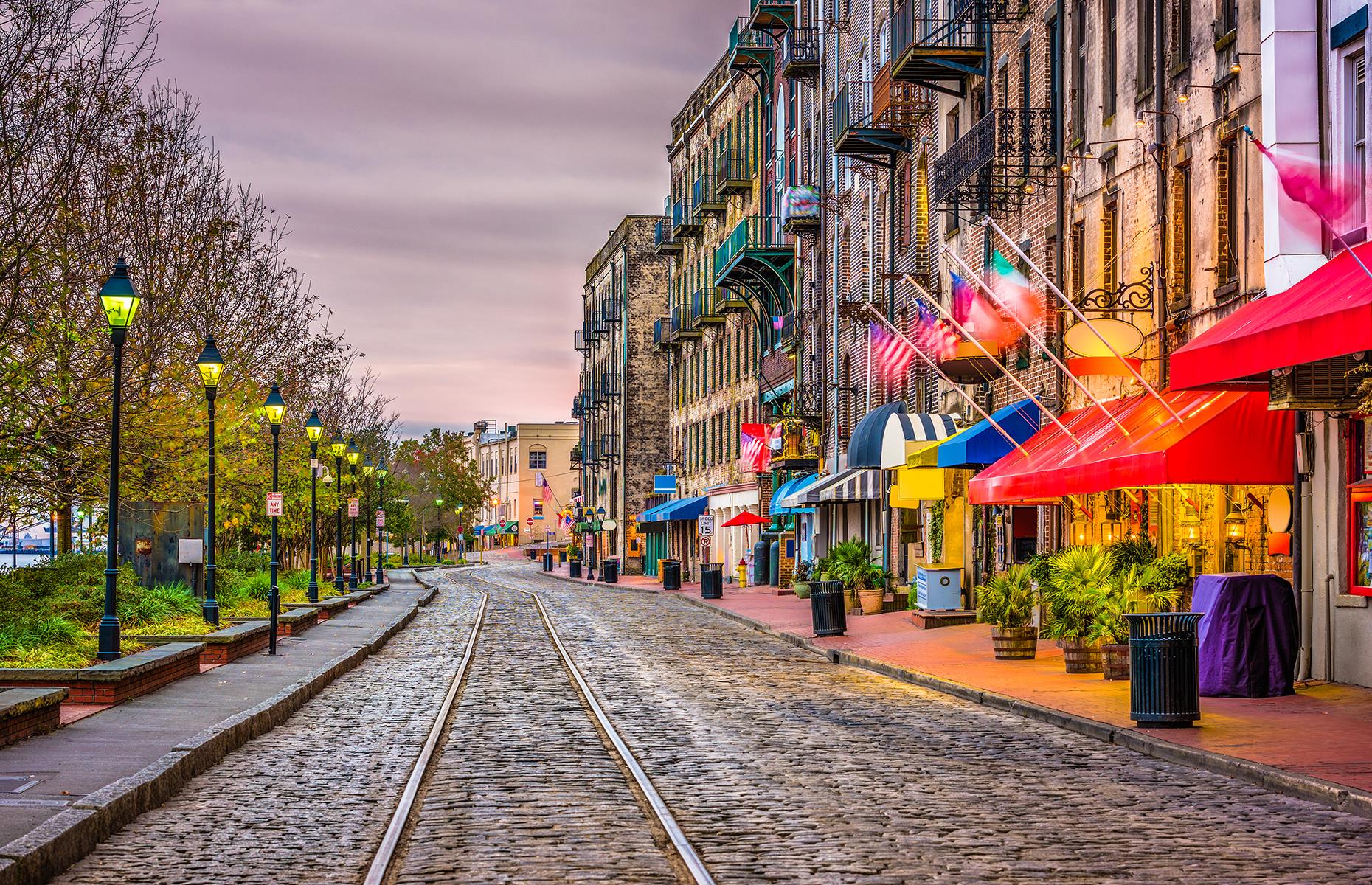 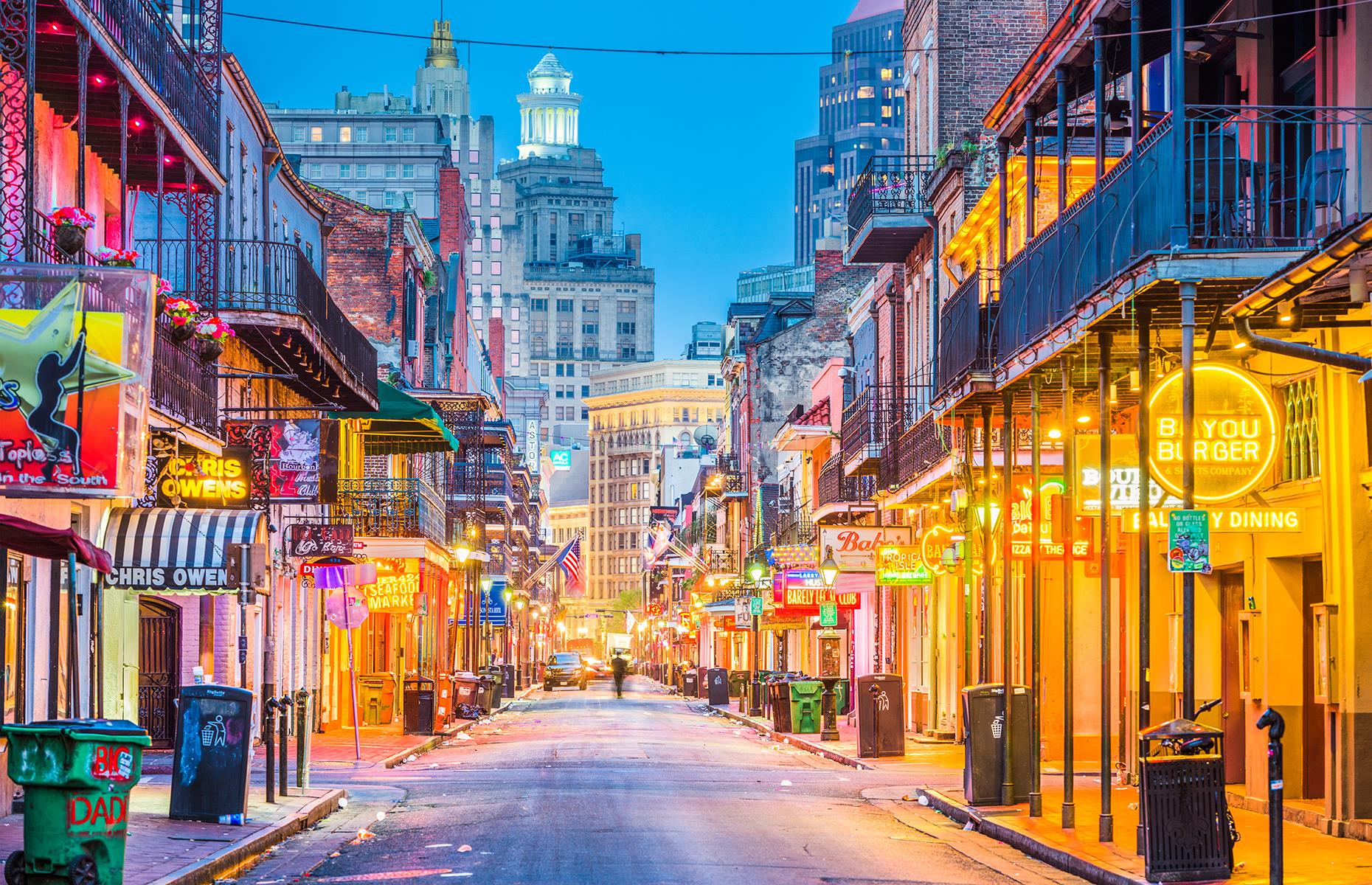 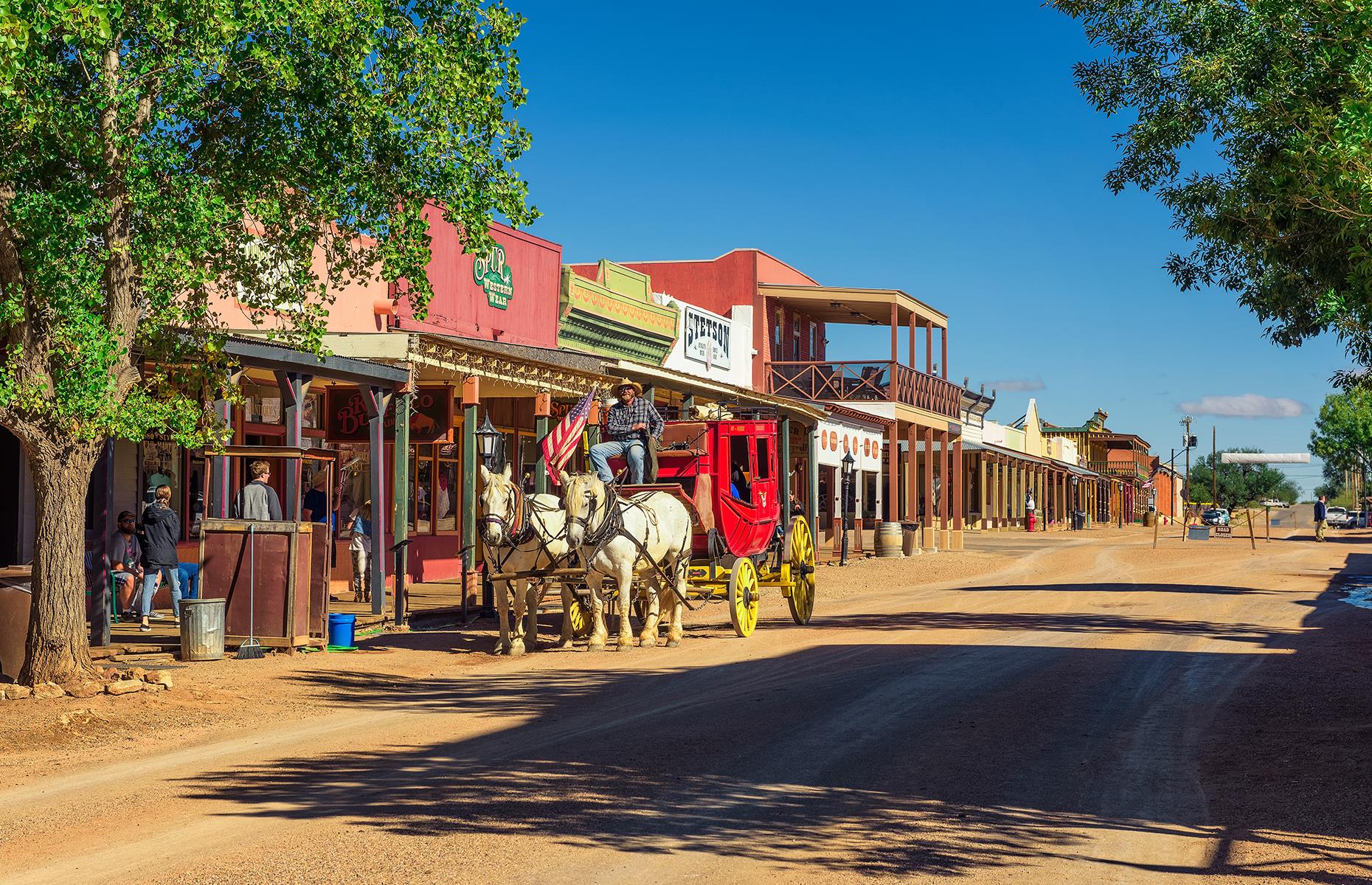 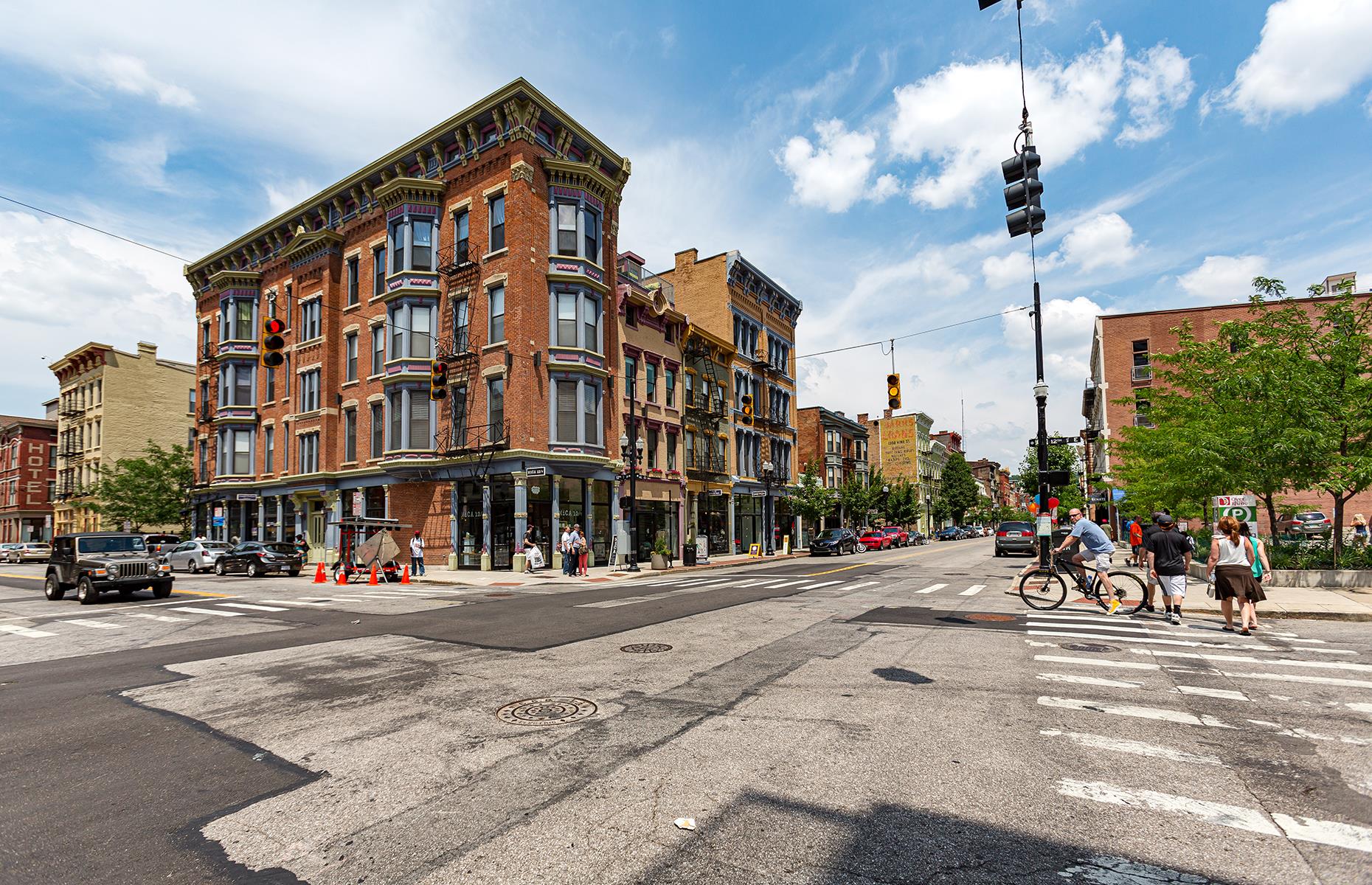 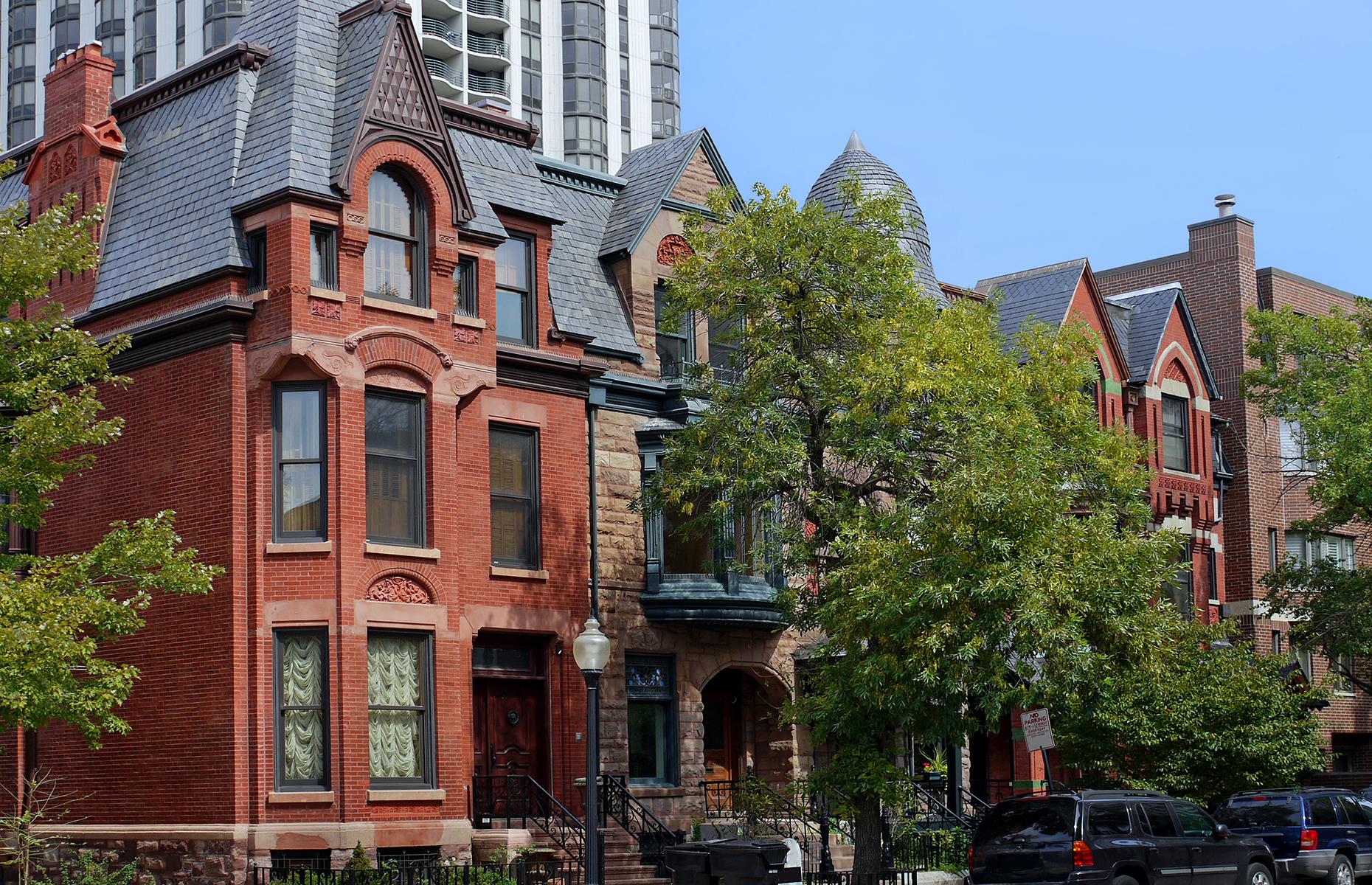 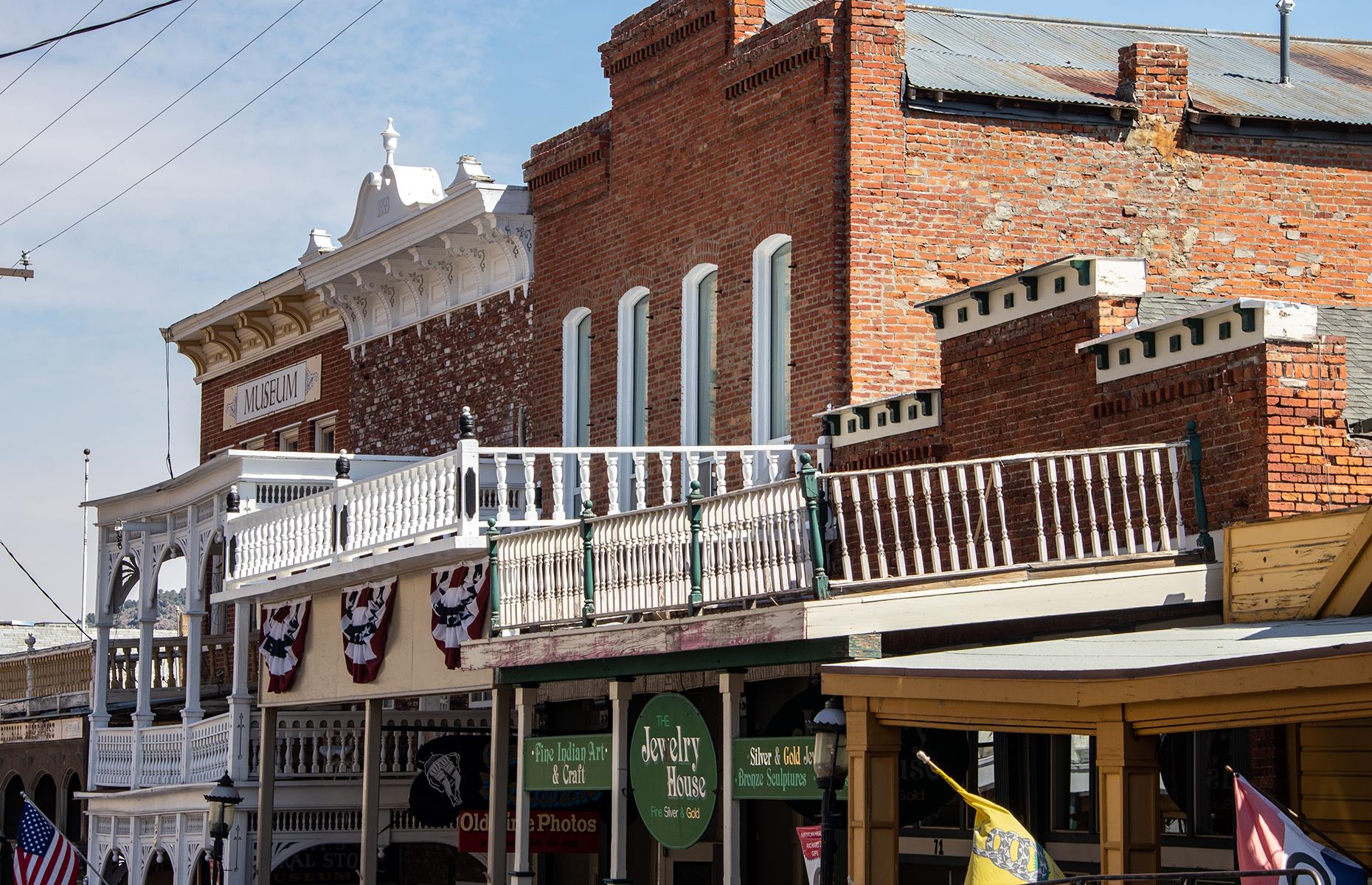 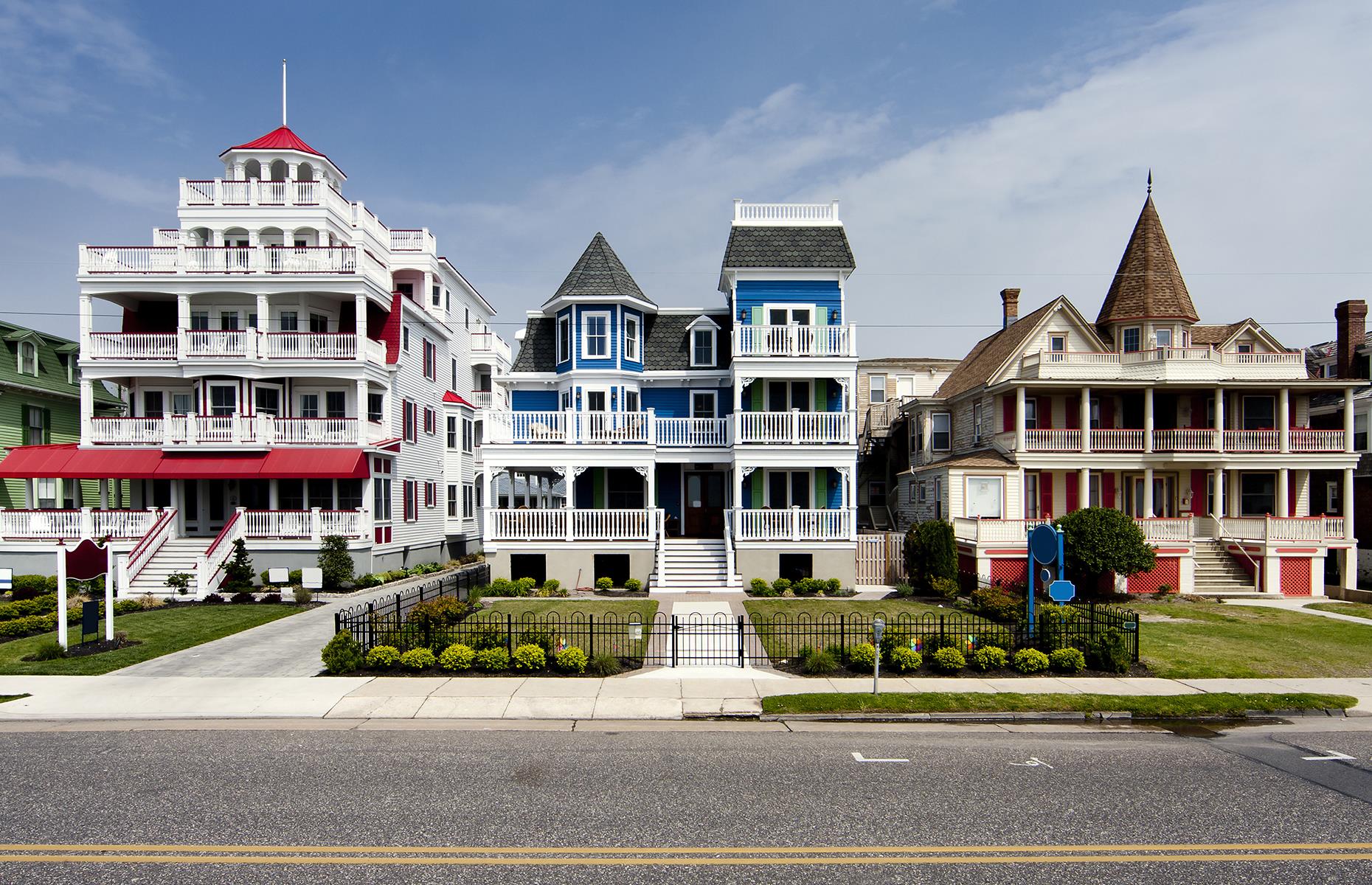 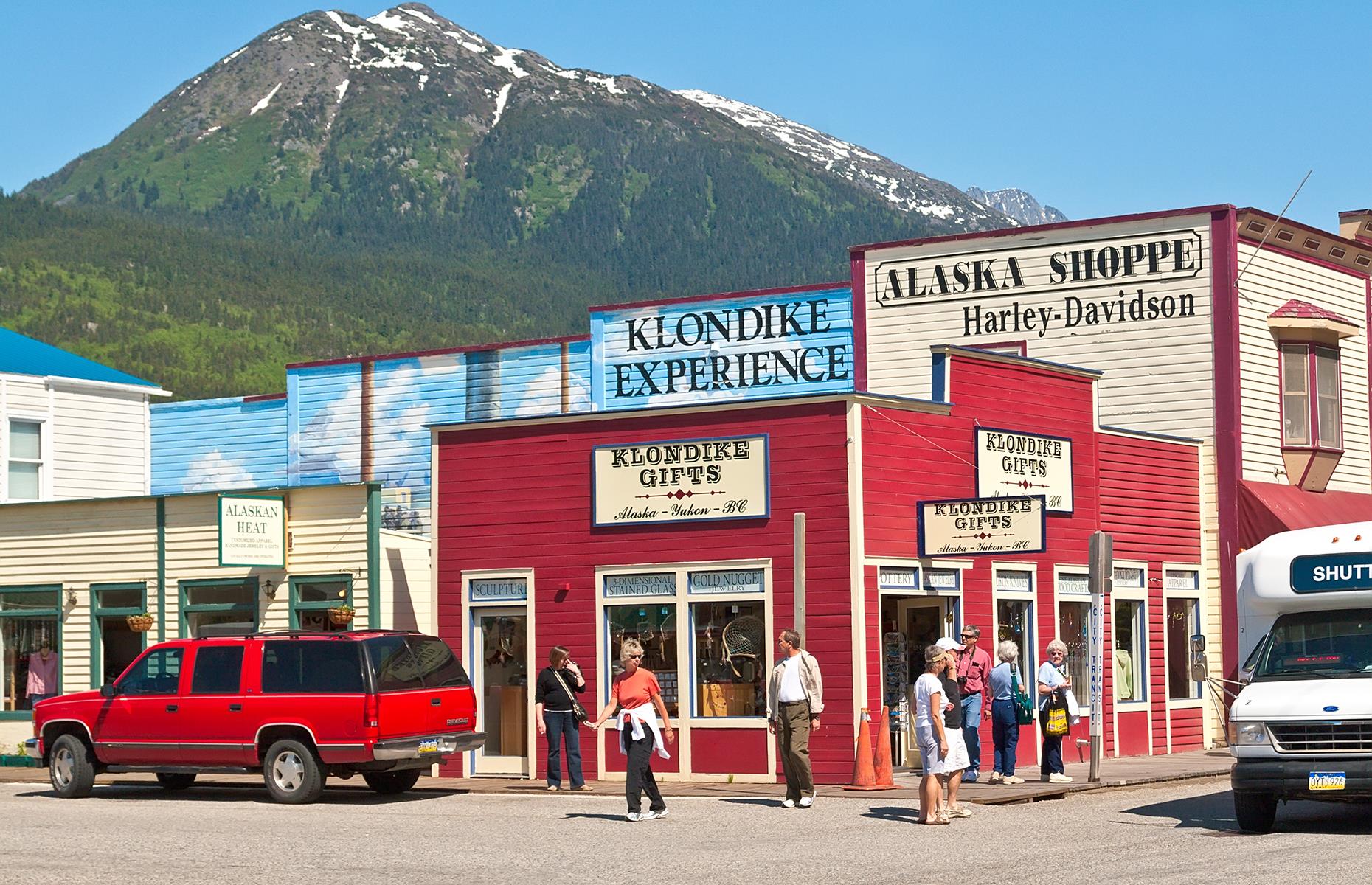 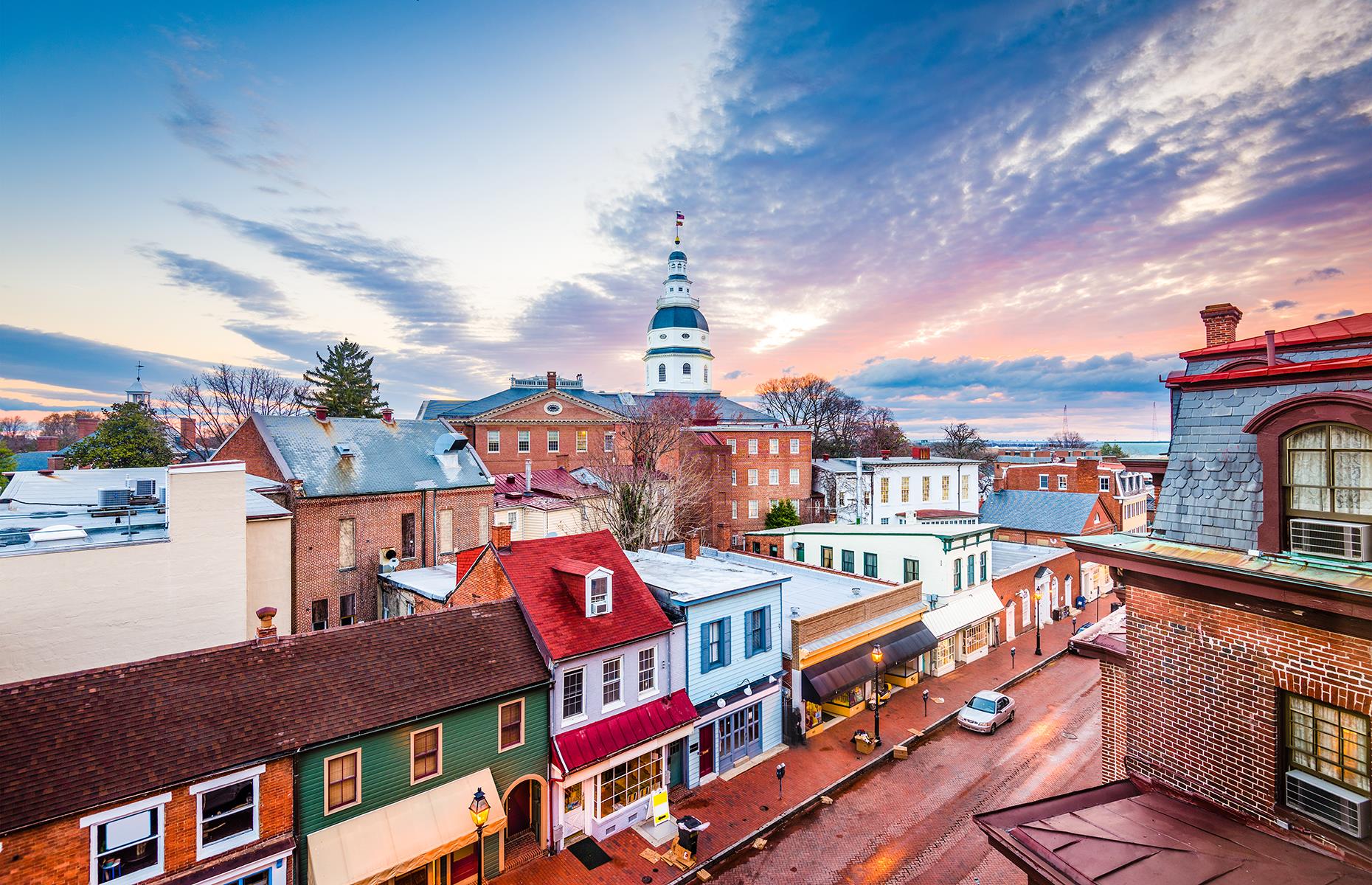 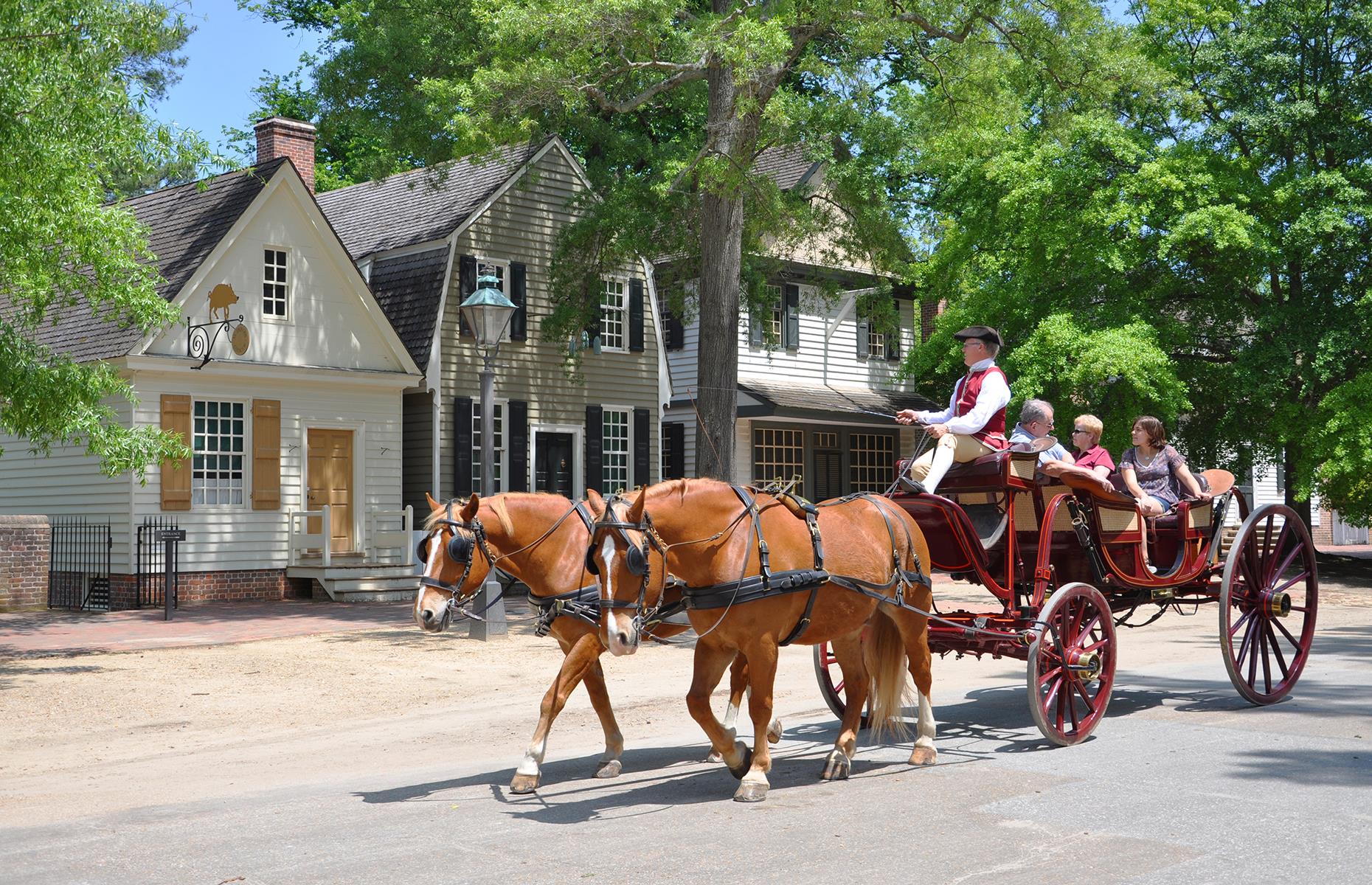 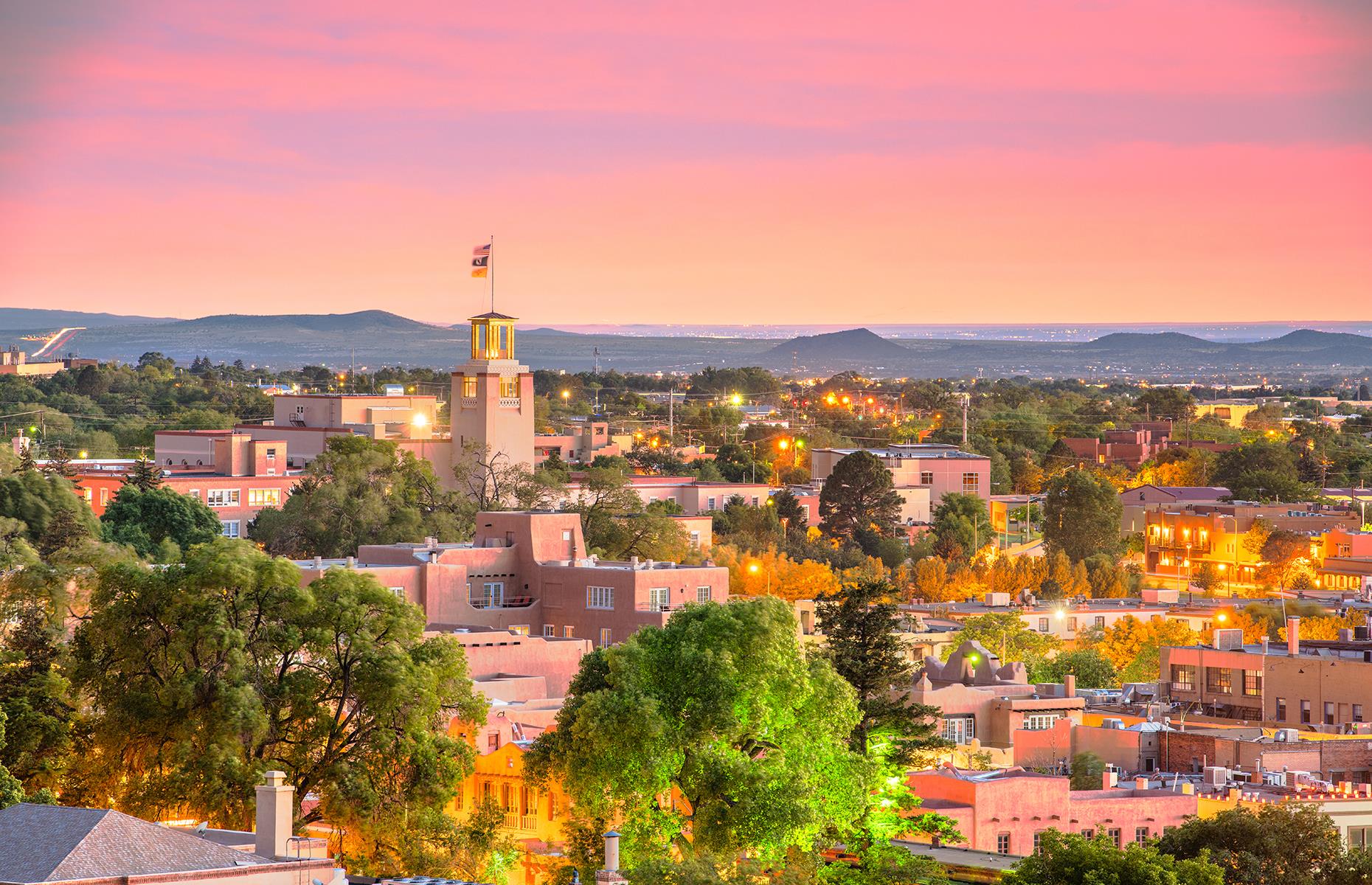 The Salem Maritime National Historic Site, Salem Witch Village and the Charter Street Historic District all take pride of place in the historic downtown of Salem. Founded in 1626, the city used to be one of the most significant seaports on the East Coast, however, it’s better known for the infamous Salem witch trials of 1692–3. Many historic buildings have survived in Salem, yet the only structure directly connected to the trials is The Witch House, which now operates as a museum (open but tickets must be purchased in advance).

Named after the gas-lamp-style street lights, the 16-block neighborhood looks like an American Victorian-era film set. Built mostly between the 1860s and the 1880s, the charming homes here haven’t really changed much, meaning the area feels distinct from the rest of San Diego. Today it’s a popular tourist destination, drawing visitors with its arched sign and great spots for dinner and drinks (most have reopened with restrictions in place).

Also known as Downtown Manhattan, the modern-day Financial District was the heart and soul of New York City during the 17th and 18th centuries. Not much of the original Lower Manhattan has survived, but there are a few landmarks among the towering skyscrapers that nod to the city’s past. One of the oldest surviving buildings in Manhattan, Fraunces Tavern (pictured) is thought to have been built in the early 1700s – peace negotiations between George Washington and the British were also held here after the American Revolution.

Tipped as the nation’s most historic square mile, Philadelphia’s Old City has plenty to offer, from incredible historic attractions to a wealth of superb restaurants. Popular landmarks nearby include the Liberty Bell, Independence Hall and the Betsy Ross House, and the district also boasts the oldest continually inhabited residential street in America, Elfreth’s Alley, which dates back to 1702. Many of Philly’s residents still live in the restored 18th-century row houses, while on the weekends the area is a top spot for nightlife.

Built along a railroad track, and what would later become Route 66, Flagstaff’s Historic Downtown is defined by 1900s-era buildings that are now shops, restaurants, art galleries and hotels. The pedestrian-friendly neighborhood was once one of the busiest railroad corridors in the US – later, when Route 66 was completed in 1926, the city became a popular stop along the roadway, due to its proximity to the Grand Canyon.

Check out the most beautiful weekend road trip in every state

This historic waterfront district was established around 1763 and is where some of the earliest US Navy vessels were built. Today, it’s more than just a historic shipyard – it’s also Baltimore’s coolest destination for restaurants and bars, usually attracting many pub-crawlers and diners, especially during events and holidays. The Maritime Heritage Festival (previously the Fell’s Point Privateer Festival) is an annual event where locals and visitors alike dress up as pirates and down pints in pubs such as The Horse You Came In On Saloon, one of America’s oldest bars, reportedly favored by writer Edgar Allan Poe. This year’s festival was canceled due to COVID-19.

If you’ve been to Washington DC, you will have noticed that Georgetown feels like an entirely different city and that’s because, until 1871, it actually was. Today, it’s a leafy and charming area in northwestern DC, that’s defined by Federal-style architecture and cobblestone streets. It’s also home to Georgetown University, meaning the neighborhood is flooded with casual eating spots, college bars and lively taverns.

Just west of the main downtown area, Beacon Hill is a picturesque and sought-after area in Boston. It’s home to one of the prettiest streets in the US, Acorn Street, and is also where Boston’s first European settler, William Blaxton, built his house in 1625. The area, and the rest of Boston’s historic downtown, is famous for its Federal-style brick row houses and antique gas-lit lanterns, making it one of the most photographed urban areas in the US.

Founded in 1896 by the legendary Colonel William F. ‘Buffalo Bill’ Cody, the town and especially its main street still has a certain Wild West feel about it. Along Sheridan Avenue you’ll find plenty of old-school shopfronts, the fascinating Buffalo Bill Center of the West and the historic Irma Hotel – dedicated to Buffalo Bill’s daughter Irma, the hotel hasn’t changed much since its opening in 1902. Don’t miss the regular shootout re-enactments and the hotel restaurant’s signature prime rib (all open as usual).

If only the streets could talk, the ones in Downtown Charleston would have many stories to tell… Charleston was the place where the first shots of the Civil War were fired, and history is never far away in this charming Southern city. One of the best ways to learn more about the city’s past is to take a downtown walking tour (running with safety precautions in place), on which you’ll find historic antebellum mansions, preserved Civil War sites and moss-draped, tree-lined streets.

The oldest continuously inhabited European settlement in the continental United States, St Augustine was established in 1565 by Spanish explorers. Many of the Historic District’s buildings date back to the 1700s and the area is still very much the heart of the city with plenty of restaurants, shops and hotels. For a taste of what life would have been like way back when, many head straight for the Colonial Quarter, where the history museum offers plenty of interactive experiences and regular costumed re-enactments. Check here for what’s open and when.

With one of the largest historical landmark districts in the country, Savannah is a true Southern belle. Established in 1733, it’s famous for its antebellum architecture, moss-draped oak trees and historic squares. A strategic port city during the American Revolution and the American Civil War, the city’s Historic District and Victorian District are major attractions, much loved by history buffs. River Street, with its restaurants, shops and historic buildings, also draws in the crowds.

The oldest neighborhood in New Orleans, the French Quarter was founded in 1718 by the French. Most famous for its vibrant nightlife and the elaborate ironwork balconies, the French Quarter is one of the most visited destinations in the US. The area’s most famous street, Bourbon Street, is home to several notable bars and the district is one of only a handful of places in the US where consumption of alcohol in an open container is allowed on the street.

One of the last silver-mining towns in the Wild West, Tombstone is now a living relic of a time when cowboys and gunslingers roamed the streets. Walking down Tombstone’s main street, with its red-brick buildings, 20th-century saloons and quirky storefronts, is like journeying back in time to 1879, when the town was founded. Today, you can take a tour of the old courthouse, visit the Gunfighter Hall of Fame and watch duel re-enactments on the streets (all open and running as normal).

Now check out the eeriest ghost towns in America

Left in deep decline for decades, Cincinnati’s historic Over-the-Rhine neighborhood is finally coming out into the spotlight thanks to its gorgeous Italianate buildings, new restaurants and bars and the redevelopment of the 167-year-old Findlay Market. Not a downtown exactly, but rather a historic working-class neighborhood, Over-the-Rhine was named by the German immigrants who resided here in the 19th century. It deserves a mention since it’s thought to be the largest, most intact urban historic district in the US.

A stroll along the historic seafront district is a real treat in this charming coastal city. The area is admired for its pristine beaches, but also for its pretty and colorful Victorian mansions. The preservation of these eye-catching homes helped the entire city earn its status as a National Historic Landmark in 1976.

Another East Coast city especially important during the Civil War, Annapolis was a political and administrative center and even became a temporary capital of the United States after the signing of the Treaty of Paris in 1783. One of the historic center’s most recognizable landmarks is the spire of the Maryland State House (temporarily closed). Built in the 1700s, it’s the oldest state house in continuous legislative use.

One of the most important cities in United States history, Williamsburg is the ultimate destination for history buffs. The 18th-century historic area is the world’s largest living history museum with over 40 historic sites (all open with COVID safety protocols in place), including the Governor’s Palace, a courthouse and several workshops. There are also four historic taverns and two art museums, as well as seasonal activities and historic walking tours.

With a totally unique and charming historic area, Santa Fe is the oldest state capital in the country, founded in 1610 by the Spanish. The Historic District is also home to the country’s oldest public building, the Palace of Governors, the stunning Loretto Chapel and the San Miguel Chapel, which is reportedly the oldest church in America, built between 1610 and 1626. Today, top bars and restaurants sit alongside the area’s many historic landmarks.