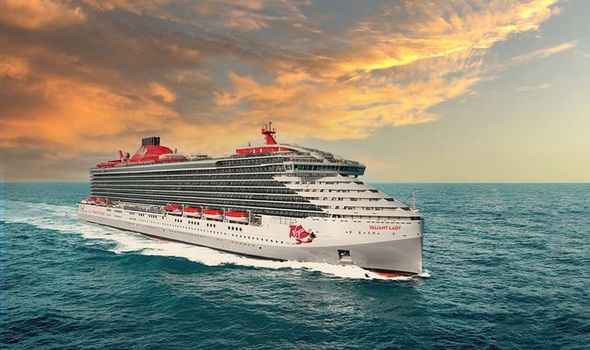 But the glamorous destinations aren’t the only reason why we’re adding this one to the bucket list. Imagine Cruising is offering the 11-night Rock and Retro: 80’s Extravaganza Sailcation, and they’ve gone all out with star-studded entertainment.

We’re talking the likes of  former Spandau Ballet star Tony Hadley, as well as ABC’s Martin Fry, both of whom will be performing multiple times throughout the holiday.

Passengers can spend their days relaxing on board from the spa to the restaurants or exploring that day’s exciting port of call, before partying the night away dancing to iconic 80s tunes.

Prices start from £1,499pp for the 11-night Rock and Retro: 80’s Extravaganza Sailcation, based on a March 21, 2022 departure on a roundtrip from Portsmouth and you can already book on imaginecruising.co.uk.

In the meantime, we’re taking a look at the full line-up of entertainment on offer.

One of pop’s greatest vocalists, 80’s music fans will know Tony as the former frontman of Spandau Ballet. The band boasted plenty of iconic hits but popular favourites continue to be the likes of Through the Barricades, True and Gold. The co-headliner will be performing exclusively for Imagine Cruising guests with multiple shows on offer throughout the sailing.

Soul man supreme Martin Fry, the lead singer of ABC, will be the co-headliner for the ultimate 80’s sailcation, performing exclusively for Imagine Cruising guests. ABC formed in Sheffield in the 1980’s, and you can expect some of their biggest hits including The Look of Love, Poison Arrow and All of my Heart.

Get ready for a major dose of ‘Girl Power’ from Toyah who has amassed 13 top 40 singles throughout her career including It’s A Mystery, I Want To Be Free, and Brave New World. The 80’s star will be performing her iconic hits under the stars at Valiant Lady’s Aquatic Club.

Led by singer Carol Decker, this English rock band is famed for hits such as Heart and Soul, Valentine and China in Your Hand, all of which were top 40 hits. The band will be performing in a dreamy setting, under the stars at the Valiant Lady’s Aquatic Club.

The band’s lead singer Clare Grogan has enjoyed heaps of 80’s success with songs such as Happy Birthday, Don’t Talk to Me About Love, I Could Be Happy, and See Those Eyes. The singer will once again be taking to the stage, this time for Imagine Cruising guests at the Valiant Lady’s Aquatic Club.

Bruno Brookes is a highly acclaimed DJ and presenter, having hosted some of the biggest radio shows since the mid-1980s. For the 80’s sailcation he’ll once again be hitting the decks, with exclusive DJ sets for guests who want to party the night away and enjoy a major dose of nostalgia.

Gary Davies began his broadcasting career in 1979 before enjoying a long stint as a DJ on Radio One between 1982 and 1993 and as a regular presenter of Top of the Pops. He’ll be entertaining guests with exclusive DJ sets and 80’s themed playlists sure to transport you straight back to the party decade.

Find out more on imaginecruising.co.uk.