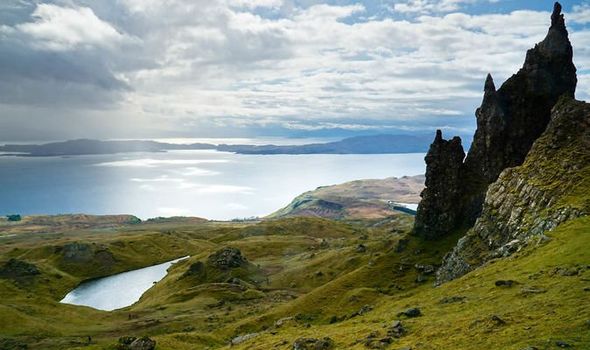 Accessible only by boat until early last century, it is the definition of off-the-beaten-track and still requires strong nerves to negotiate its single-track roads. Having booked lunch at the seaside Applecross Inn, I found myself edging up Britain’s highest road ascent: the fabled Bealach na Bà (Gaelic for Pass of the Cattle), a steep, narrow, winding route. Throw in a few cyclists (it’s a bucket-list climb, apparently), sheep (even less predictable than the cyclists) and the odd motorhome (what were they thinking?) and I was ready for the fish and chips and local ale at the inn.

As the clouds closed in and the rain beat down outside, I handed the car keys to my wife Frances and she wisely chose the less narrow coast road via Shieldaig for our return journey.

We had been exploring this remote corner of Britain just a week before Boris pitched up, but without the media attention, or the alleged camping without permission in a farmer’s field.

Scotland had declared itself open for business so we had booked an Airbnb apartment on the Isle of Skye and headed north.

As we drove along the shores of Loch Lomond the heavens opened. Fortunately by the time we reached Glencoe, the rains had abated and as we crossed the Skye Bridge at Kyle of Lochalsh, there were patches of blue sky. 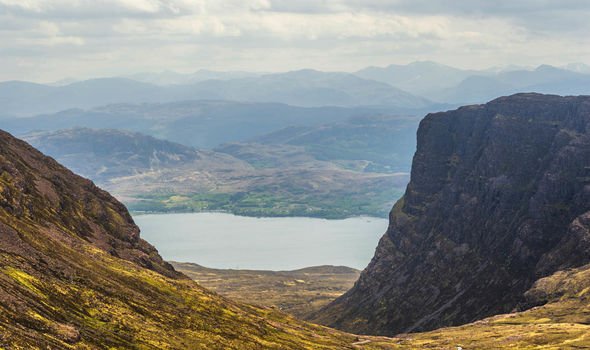 Skye is the largest island of the Inner Hebrides and it was another 45 minutes before we reached Portree, the harbour town where our apartment awaited.

Pubs and restaurants were open, with reduced capacity, and with a fresh breeze ruffling the water, Covid-19 would have seemed a long way away if not for the face masks and hand sanitiser.

When people talk about Scotland’s magnificent scenery, Skye is what they mean. You can drive, walk and sail around this island and there is always something to take your breath away.

From the jagged peaks of the Cuillin mountains to the views over Raasay island and remote southern beaches, it’s untamed beauty all the way.

Navigating the route to its famous Fairy Pools turned out to be our standout day.

As we took the path at the foot of the Cuillins, we looked up to see a string of waterfalls tumbling into a succession of pools, some shallow enough for toddlers to splash in, others deep enough for teenagers to plunge into from the rocks above. No actual fairies maybe they were self-isolating.

The higher we ascended, the thinner the crowds, until I found my own pool and dangled my feet in the crystal water. Yes, in the Scottish Highlands, I was wishing I’d brought my swimming shorts.

There are reasons it’s almost deserted. First, the drive from Armadale is another winding, ever-narrowing single track until you reach a “car park” big enough for half a dozen vehicles. Then there is an hour-long hike towards Point of Sleat, hopefully noticing the sign to the beach. 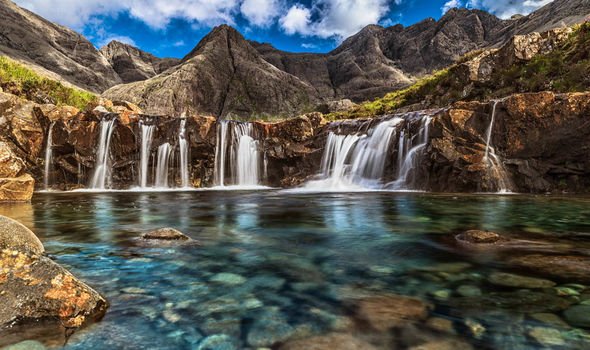 This time I had brought my swimming gear and found myself actually sunbathing on a beach worthy of Barbados. Carried away by the unexpectedness of it all, I trotted in for a swim and was quickly reminded I was not in the Caribbean.

Surrounded by stunning views, the hike to the Quiraing Pass, on Skye’s northern extremity, takes you to the next level – literally.

It’s a two-hour loop, not difficult, though it does have rock-scrambling moments. At one vantage point where we stopped to survey the dramatic peaks and vast seascape, Frances admitted she’d overcome her lifelong aversion to hiking.

A boat trip is a must, if only to sing The Skye Boat Song – “Speed, bonnie boat” – and we signed up in Portree harbour. It promised to show us the rare white-tailed sea eagle, two pairs of which nest on nearby hillsides. 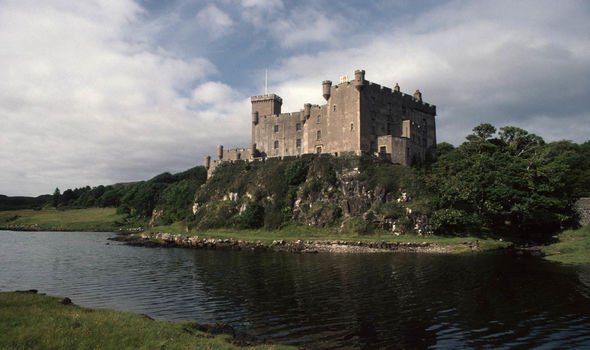 It wasn’t looking great as our captain scanned the horizon for the elusive predator. He explained that during lockdown, said eagles had got used to looking for other food sources to the fish bait used to lure them by tourist boats. If he’d reached into his bucket and chucked a fish over the side I’d have been more convinced.

Luckily another boat was more generous and soon we saw the eagle swoop with its 8ft wingspan extended and claws outstretched to snatch the proffered fish from the water. Then the floodgates opened, wildlife-wise.

We cruised close to Raasay island to see seals basking on the rocks.

And as we motored along, a pod of dolphins started performing nearby, “surfing” on the bow wave of the other boat. They obviously knew where the free fish was.

Still, for £25 each, it was an exhilarating trip. 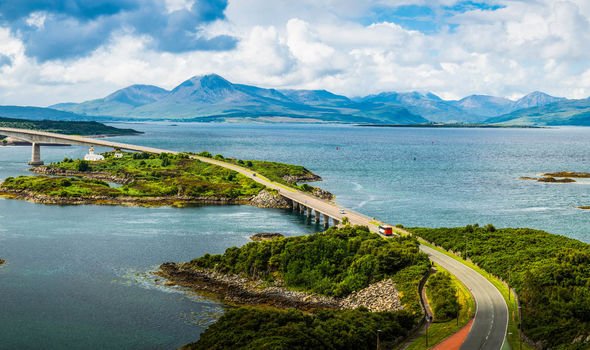 There were other highlights – Dunvegan Castle was closed but its magnificent gardens were open, and Talisker Bay, a black sand beach close to the whisky distillery, (closed) was another picturesque spot.

At The Old Inn in Carbost we ate lunch at an outdoor table, gazing over Loch Harport. On the day we did venture off Skye, we started with a tour of Eilean Donan Castle, perched on a spit where Loch Duich, Loch Alsh and Loch Long converge.

We headed north from Dornie to Plockton, another gem on the shores of Loch Carron, then on to the Applecross peninsula for our small taste of prime ministerial seclusion.

After a week on Skye we ventured to Ullapool for a few days. We had planned to get there via the Outer Hebridean islands of Harris and Lewis but the CalMac ferries were booked solid, so we took the scenic route via Gairloch, Loch Maree and Poolewe, stopping off at Corrieshalloch Gorge National Nature Reserve.

This is a deep canyon, spanned by a vertigo-inducing bridge walkway, with a viewing platform jutting out beyond the cliff edge on the other side.

Not recommended for those with a fear of heights. 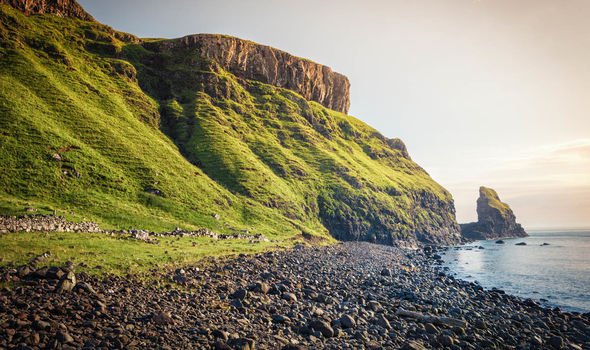 Ullapool, where the Stornoway ferry comes in, has a seafront with pubs and restaurants and a great takeaway – The Seafood Shack – where the fresh fried haddock is mouth-watering.

It also turned out to be popular with the local midges, though I can recommend a repellent spray called Smidge.

Just when you think there can’t be any more surprises in the Highlands, something extraordinary turns up We reached our most northerly point with a drive up to Stoer, north of Lochinver.

After a quick stop at Achiltibuie to admire the view over the Summer Isles we ended up at the car park by Stoer Lighthouse.

With low cloud rolling over the cliff edges, we set out to the coast. It was an hour’s walk but the view turned out to be more than we’d bargained for. 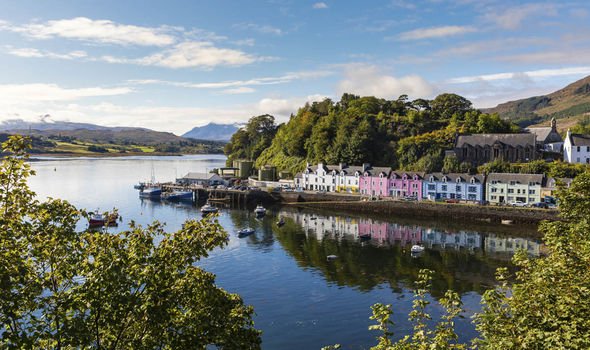 The Old Man of Stoer is an impressive rock but, gazing down, we noticed a man and woman at the foot of the stack, about to attempt the 200ft climb. And they appeared to be naked, or very nearly.

Nude climbing? Is that a thing in Scotland? While I pondered, the woman plunged into the narrow channel separating the stack from the mainland, dragging a rope.

It then dawned on me that they’d stripped off to swim to the stack, then rigged up ropes to haul their climbing gear across without it getting soaked.

Well I’m giving them the benefit of the doubt anyway.

The drive back featured a cow ambling down the single track road oblivious to the tailback it was causing. You don’t see that on the M6, but after two weeks in Scotland I was so chilled I didn’t bother honking the horn.