In the summer headlines were filled with the positive news that, amid the devastation, the coronavirus lockdown may just have helped the UK staycation industry thrive. As travel restrictions caused chaos for international holidays, Britons opted to switch their usual overseas adventure for a holiday here in Blighty.

However, while it may have meant an influx of customers heading to coastal and countryside regions, there were some parts of our nations’ domestic tourism industry which were left behind.

Sally Beck is the general manager of London city centre hotel the Royal Lancaster. She spoke exclusively with Express.co.uk to share another side of the story.

“It has been a shocking year for us all,” she said.

“It started racing off in January and February, and then in March when we all got locked down for many hotels that were overstretched that was a great killer.

“I think when we were able to open in July the properties that did well were properties that were in the country with spas and car parks. They did really well because people felt that could walk outside so that did rally well. We chose not to open our hotel. We are a 400 levered city centre hotel and we don’t have a spa.” 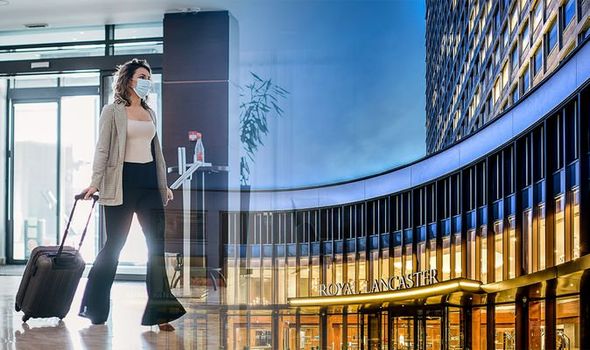 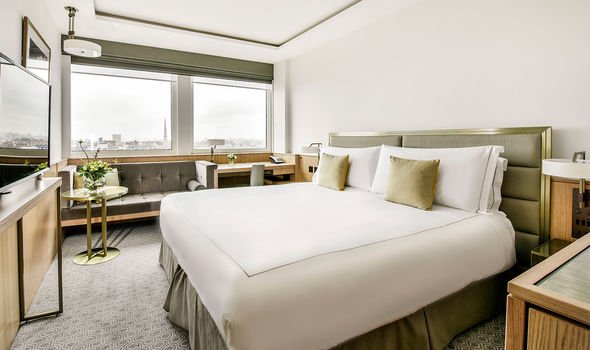 Though the Royal Lancaster has plenty of amenities, including car parking, a gym, and a selection of five bars and restaurants on-site, city centre holidays were simply not attracting the numbers they were prior to the pandemic.

“We opened in the August bank holiday and we were really busy which was great. But when I say really busy we got to about 20 percent occupancy,” she continued.

“Whereas the country hotels, some of them were booming, they were getting sort of like 80 and 90 percent occupancy.”

Now, the new tier system poses yet another risk.

While hotels can stay open for tourists in tiers one and two, in tier three there are much stricter rules about the custom they can accept.

This means they can only accept guests for whom a stay is classed essential, for example, for business or medical purposes.

For the likes of the Royal Lancaster, this can have a pretty devastating impact on their turnover.

“I need to make 25 percent to break even.

“The city properties are really struggling and I think that is across the UK.”

The hotel is also forced to close its array of bars and restaurants under tier 3 rules, causing even more financial woes, as well as putting more jobs at risk.

This comes on top of the huge number of investments the hotel has made to ensure their rooms are covid-secure, and they can operate within Government guidelines.

Some of the new technology purchased include new systems to help staff register potential symptoms, as well as specialist “fog” and “ozone” machines to boost cleanliness within rooms.

Ozone and fogging technology, for example, allow rooms to be sanitised without staff having to touch items within the room.

“It means those hard to reach places where you are just not sure, you can get that done and you can fog your entire room,” explained Sally. 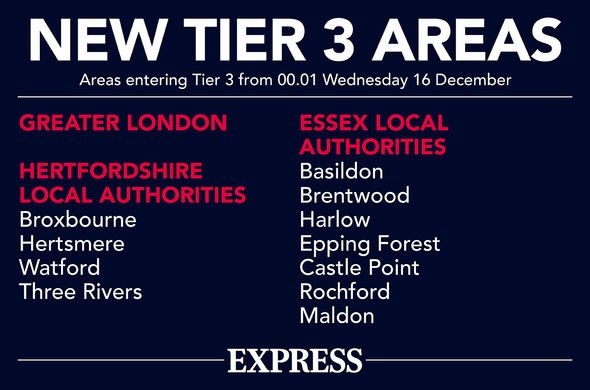 Guests also benefit from far more control over their stay, depending on how comfortable they feel receiving face-to-face service from staff.

“You could have a guest that is very nervous who doesn’t want any service at all in their room. In which case for them, we will leave fresh towels and fresh linen for them.

“Or you can have a guest who says ‘listen I am going to be out and please can you service my room?’

“In that case, we need three hours, and then we will fog the room, we will fully sanitise the room and then we fog it again and double lock it until the guest returns.

“It is almost as if the guest can now pretty much state how they want their stay to be to make them feel as comfortable as possible.”

The Royal Lancaster has also made amendments to rooms, to accommodate for those working from home or visiting as a family.

Even with covid-secure measures in place, though, Sally says the hotel are doing everything they can to give people “as much fun as we are allowed to give them”.

But she warns they need as much help as they can get to weather the storm.

Despite calls for a new Minister for Hospitality role to be developed in Government to help the ailing sector, for now, many businesses are having to rely on the British public to stay alive.

“The city centre properties are having a hard time, so the same as what you are doing, if you adopt your local hotel that will really help,” she said.

Amid sudden lockdowns and tier restrictions, though, even Britons who want to help may be concerned about the risk of losing out on cash.

Sally says this should not be something to worry about with the Royal Lancaster, along with countless other hotels, allowing for last-minute cancellations and eradicating cancellation charges.

“I think the hotel industry is a very responsible industry. We are in the business of making people feel comfortable.”

However, as tier 3 bears down on London once again, the Royal Lancaster is forced to close its doors to the public once more.

Though Sally remains hopeful for the future, she admits she is worried about some hotels will make it there.

“I think the whole country’s mental health is tied up in hospitality,” she said.

“We’re the people come to when they want to have fun so I am convinced we are all going to bounce back. I think there is light at the end of the tunnel.”

Despite this, she pointed out the industry “needs support now”.

“I think the next six months is really hard because the levels of lockdowns and the insecurity, we don’t know,” she continued.

“I think there are some businesses which just can’t recover from that.

“It has gone on for so long now, we need to stay open and find a way to work. Take the business that we can safely and continue our recovery.”

Sally concluded: “If you love your hotel round the corner then try and stay in it, and give yourself a little staycation and break because we all need it.

“Then hopefully when we all come out of this we will all still be there and we can look back and say what did we do?”

how to buy prevacid online no prescription
Recent Posts
This website uses cookies to improve your user experience and to provide you with advertisements that are relevant to your interests. By continuing to browse the site you are agreeing to our use of cookies.Ok