A TWITTER video has rapidly gone viral after revealing how hard suitcases are made. The fascinating footage depicts a factory where the colourful luggage is being created. Social media users have gone wild for the clip, claiming they are “mesmerised.”

The video, from a suitcase factory, shows sheets of coloured plastic being blown into what look like large bubbles.

These then instantly drop down into the shape of a suitcase in the blink of an eye.

The process is repeated multiple times as different coloured luggage is created.

Behind the machinery, a pile of hard shells can be seen piled up on the floor. 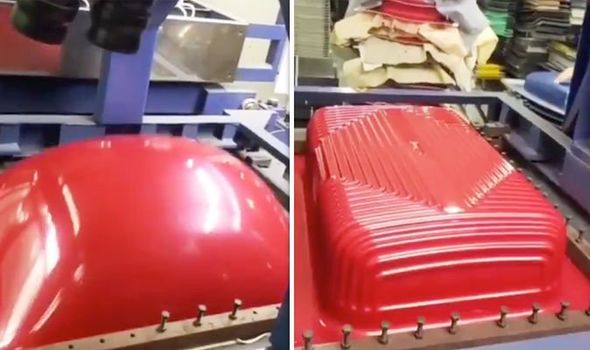 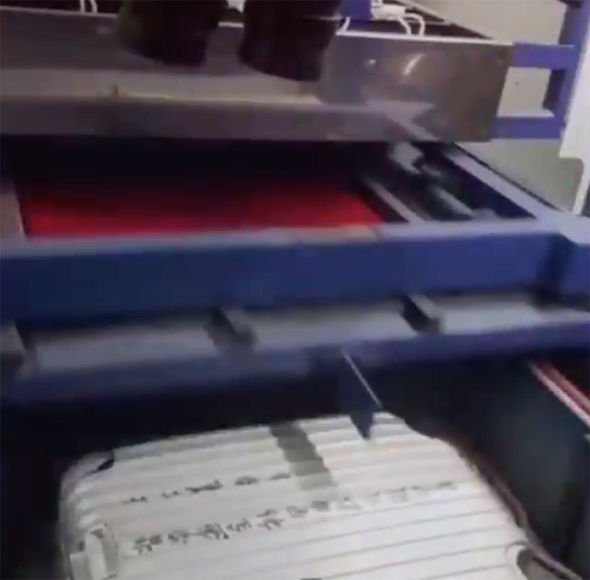 It would seem these will later go on to be matched to a second-half in order to create a whole suitcase.

Twitter user @Kinglrg_ shared the post online, captioning the footage: “I don’t know how I thought suitcases were made but this wasn’t it”.

So what is actually being shown in the mesmerising footage?

The video has captured the process of vacuum forming.

According to the British Plastics Federation: “Thermoforming is one of the oldest and most common methods of processing plastic materials.

“Vacuum formed products are all around us and play a major part in our daily lives.

“The process involves heating a plastic sheet until soft and then draping it over a mould. A vacuum is applied sucking the sheet into the mould. The sheet is then ejected from the mould. 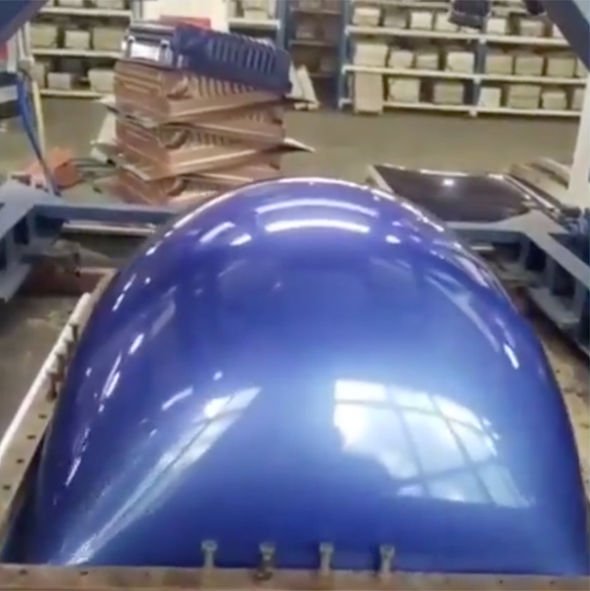 “This is hypnotic to watch,” one person commented. “This is oddly satisfying,” another added.

A third wrote: “Wow. You learn something new every day”

Some people just didn’t know what to make of the clip. “I’m uncomfortable and satisfied at the same time. Help?” one Twitter user said. 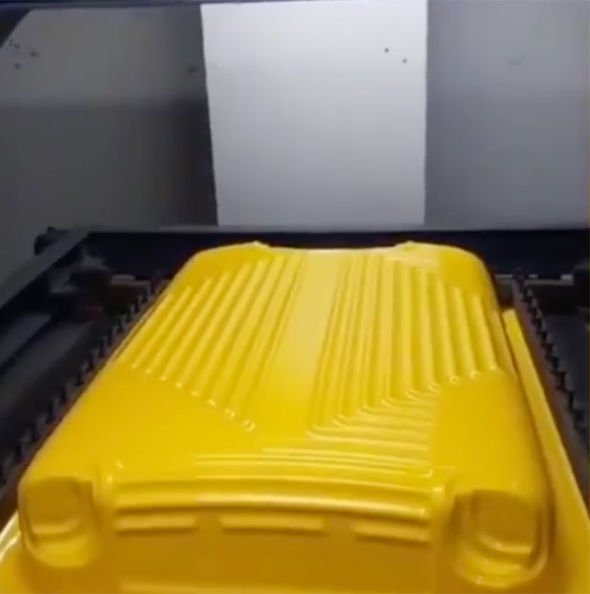 Suitcase materials vary from brand to brand. Popular luggage brand Tripp’s hard shell suitcases are made from either ABS (Acrylonitrile butadiene styrene) or Polypropylene. The latter is both light and flexible and offers protection.

Meanwhile, Samonsite hard luggage is made from 100 percent high-end anodised aluminium which is known for its durability.

Polycarbonate is also a common material for suitcases thanks to its lightweight quality and impact resistance.

Some cheaper luggage brands use PVC – this is light and flexible but won’t give you much protection.