Plane passengers are nearly always of the human variety, with the odd exception. Yet last week two distinctly non-human travellers attempted to sneak onboard a flight in India. Two pigeons were filmed flying around the cabin of a GoAir aircraft in a shocking viral video.

The birds were captured on camera by one of the plane passengers ahead of takeoff.

The clip was then shared on Twitter by India TV journalist Nirnay Kapoor.

It shows the pigeons darting up and down the cabin as shocked GoAir fliers look on.

A member of cabin crew can be seen ducking down as one pigeon swoops over her head. 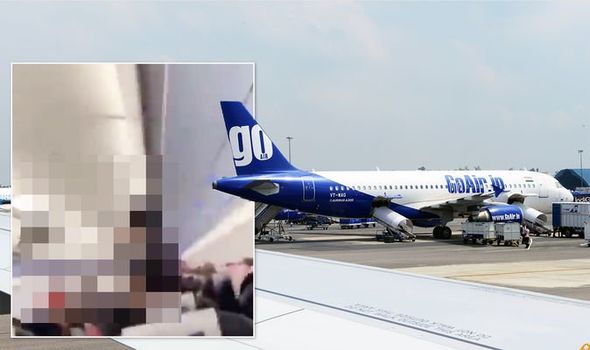 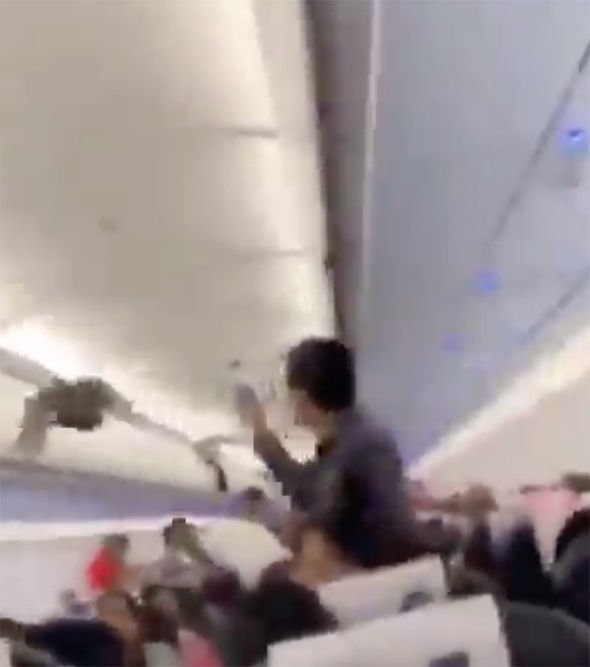 Some passengers even reach up their hands in an attempt to catch the avian stowaways.

Multiple travellers get to their feet to film the bizarre episode.

The plane was at Ahmedabad International Airport in India when the incident took place.

It was due to depart for Jaipur at 5pm on Friday.

After the footage was shared on social media, Go Air – an Indian low-cost airline – responded on Twitter.

They said they would investigate, tweeting: “We understand this was not the travel experience you were hoping for and we’re sorry.”

In another tweet, GoAir explained that crew successfully got the pigeons off the plane.

“We would like to inform you that our crew immediately got the birds removed from the aircraft,” wrote the airline. 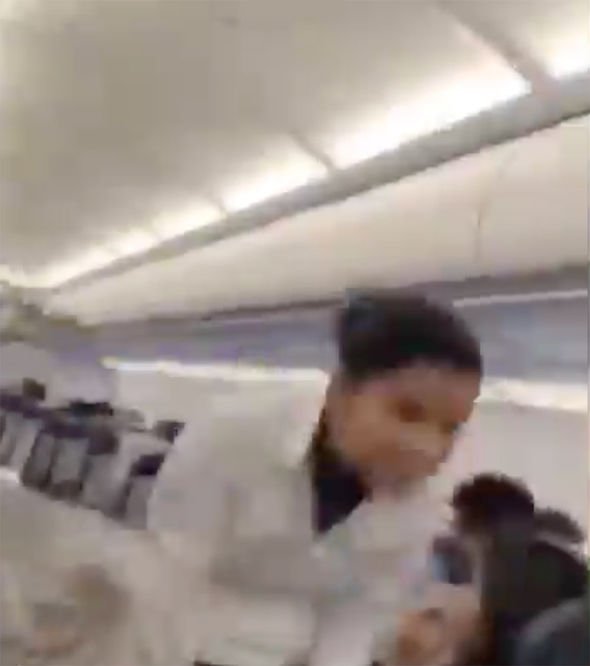 However, the flight reportedly arrived at its destination 30 minutes later than scheduled at 6.45pm.

“The crew immediately shooed away the birds outside. The said flight took off as per its scheduled time of 17:00 hours on 28th February 2020.

“GoAir regrets any inconvenience caused to its passengers and requests the airport authorities to get rid of this menace.”

“Wonder why a pigeon would need to board a flight when it can fly for free!” one person commented. 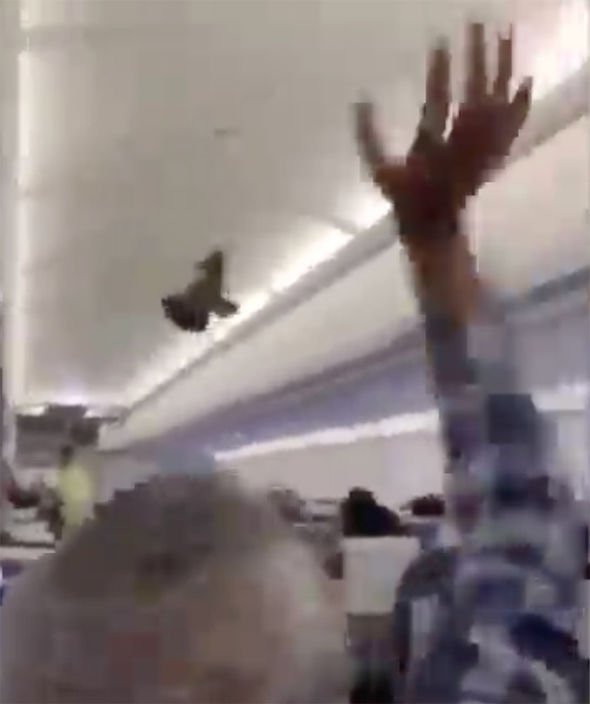 “Absolutely crazy scenes in the @goairlines as 2 pigeons were found inside the plane.

Another added: “Seems they were tired of flying by their own.”

This is not the first time pigeons have flown into a plane.

Last year, a Russian flight was due to fly from Sheremetyevo International Airport in Moscow to Petropavlovsk-Kamchatsky in central-eastern Russia’s Kamchatka Krai region on 9 November when a bird caused a stir.

A video has since circulated of the moment the bird was seen soaring through the cabin, with crew ducking and diving to get out of its way.