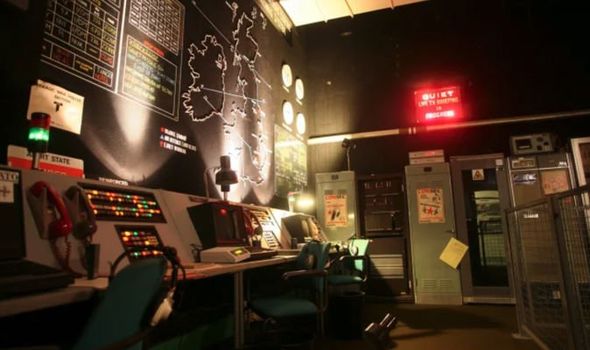 Just over an hour’s drive from the city centre lies Hack Green Secret Nuclear Bunker nestled in Nantwich, Cheshire. Youngsters can enjoy navigating through the rooms in a game to find the “Cold War Spy Mice,” the aim being to spot as many mice as possible before returning their findings to the desk for a prize.

The historical site will take visitors underground through the defensive concrete structure and the fascinating history of the Cold War.

Guests will be told rare and poignant stories by people who used to work at the bunker when actively fighting against the Soviet Union until just over 30 years ago.

The darker tales of the bunker are not for the faint of heart such as the medical room with examples of what damage radiation poisoning leaves is on display, according to 2Chill.

Lucy Siebert, who runs a museum at the bunker said: “The country was divided into twelve regions and Merseyside falls within our region, so we would have made sure that as many people as possible survived in this section and we would have looked after you.”

“Your shelter was getting under a table at home. If you survived that your continued survival was down to us.

“We are a command level of defence – we would know where the clouds of fallout were going to be, where to send help, the movement of bodies or distribution of medicine and food.”

During the Cold War, Britain developed a defence strategy made up of secret plans which would come into play in the event of a nuclear war.

Now the secret facility operates as a museum and with one of the world’s largest collections of military memorabilia and decommissioned nuclear weapons.

It aims to educate the public what would happen in Britain if a nuclear war was declared.

Hack Green is a dog friendly attraction open seven days a week, 10am to 4pm. Tickets cost £10 for adults and £7 for children and concessions.